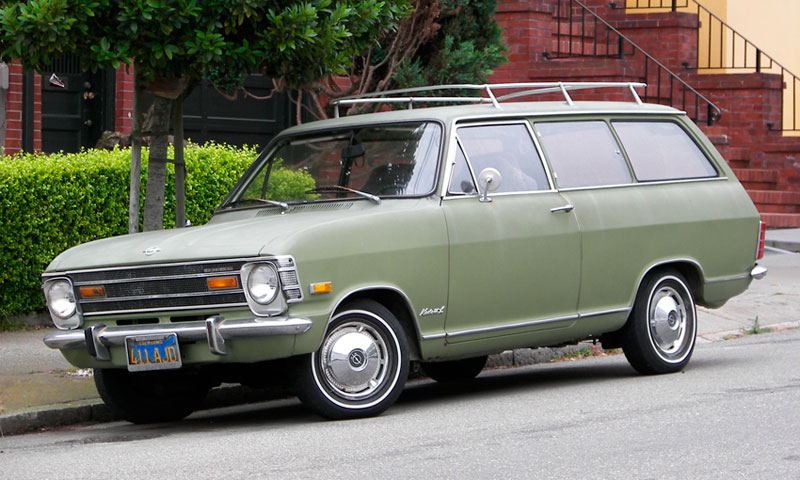 Few people in the United States today remember GM's experiment with marketing their German subsidiary Opel in the US. Long before we started seeing Opels on our streets in the form of the modern Saturn range, Opel was here under its own brand. It only lasted about a decade beginning in 1967 and they were sold through Buick dealerships, sometimes as Buick-Opels. Foreign cars were still a novelty in the United States, with most import sales going to Volkswagen. Toyota and Honda, powerhouses in the market today, were still just minor players. Nissan existed only as Datsun and Mazda was building weird little microcars and experimenting with rotary power. European cars were relatively popular, many in the form of Mercedes-Benz luxury cars and Jaguar, MG and Triumph roadsters. BMW had yet to develop a strong reputation for luxury cars, having marketed many of its cars as economy compacts. Detroit toyed with the idea of importing fuel-efficient compact imports of its own to compete in the American market. Ford brought over its British-made Cortina. Chrysler invested in Mitsubishi and in 1970 began marketing a series of Japanese-built "captive imports" under the Dodge and Plymouth names. General Motors had Opel.

Read more »
Posted by Jay Wollenweber at 1:48 AM 5 comments: