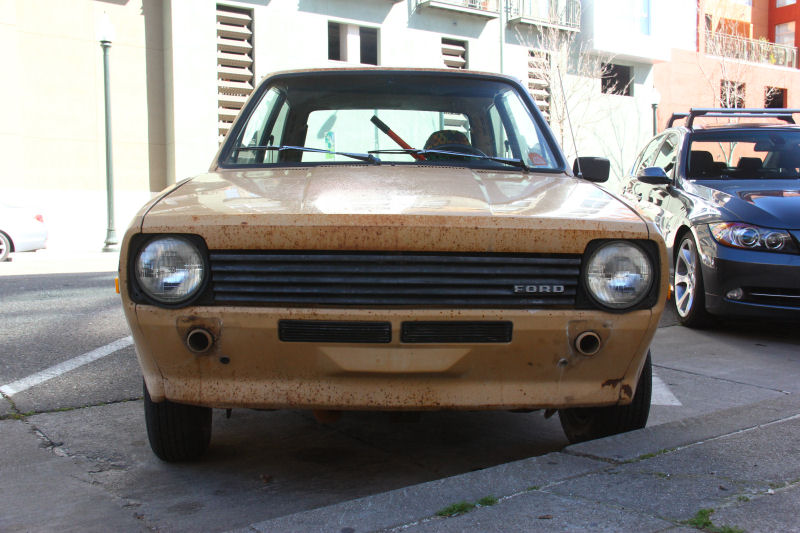 I have a friend who owns a 2015 Ford Fiesta hatchback. He loves all things Fiesta. This is is the ancestor to his car, the first year the Fiesta was offered in the United States. His mother had one of these as her first car. The 1978 Fiesta served as a stopgap model for buyers who wanted something smaller and more European than the aging Pinto, until the 1981 Escort "world car" arrived. It was a captive import that competed with the likes of the Honda Civic, VW Rabbit and Beetle, Toyota Corolla and Tercel, and Datsun B210 or 510.

Read more »
Posted by Jay Wollenweber at 1:00 AM No comments: