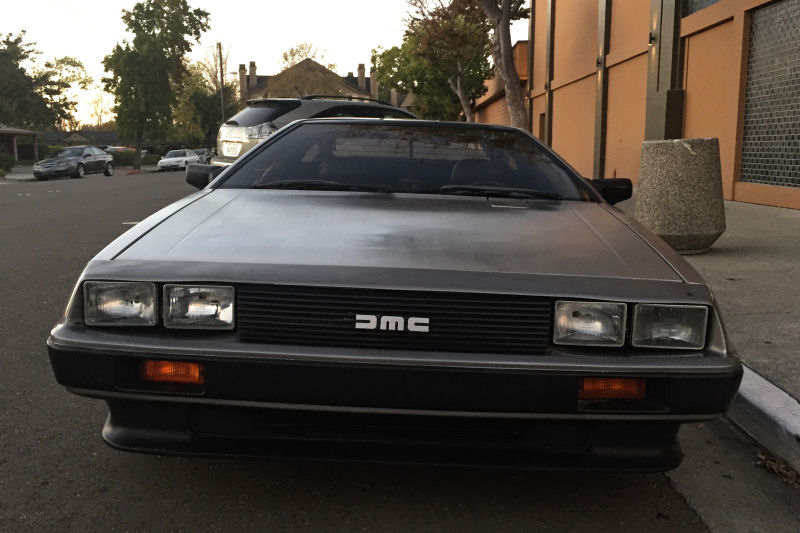 Many of my readers are no doubt familiar with the Back To The Future franchise and the significance of October 21, 2015 as the so-called "Back to the Future Day", when Marty McFly traveled to the future. Well, I attended a double feature screening of BTTF I and II in Livermore's Vine Cinema on that night, and what turned up outside the theater but a DeLorean? A fan had driven his car there for the screening. Maybe it's cheating, but I know where at least three other DeLoreans live and none of them are ever parked on the street.