One of the things I've always liked about postwar Dodge trucks is that they look like they mean business. They just have a tough overall appearance that says, "I'm here to work hard and don't even think of messing with me". Such is the case with the Power Wagon. Even the name evokes a badass work truck. The name dates back to the end of World War II when Dodge developed a civilian version of its M37 military truck. The original Power Wagon was almost medieval in its design by the time it was dropped after the 1968 model year, what with its 1940s cab, separate fenders and exposed radiator cap, but it was still a brutally effective 4x4 truck. The Power Wagon name spread to other 4WD Dodge trucks, including this W200 Power Wagon Town Wagon. The Town Wagon was a carryall, basically a proto-SUV. It was also available as the Town Panel, a delivery van-type vehicle with no side windows made for hauling cargo. 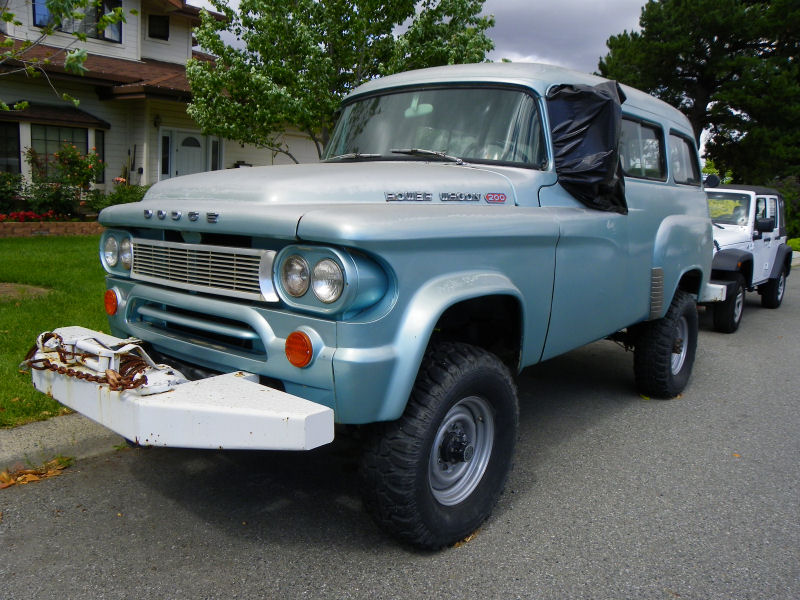 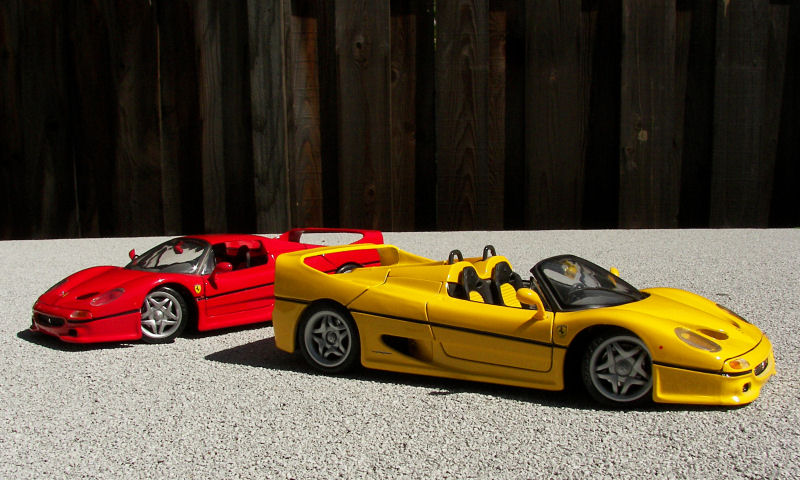 Read more »
Posted by Jay Wollenweber at 11:55 PM No comments: 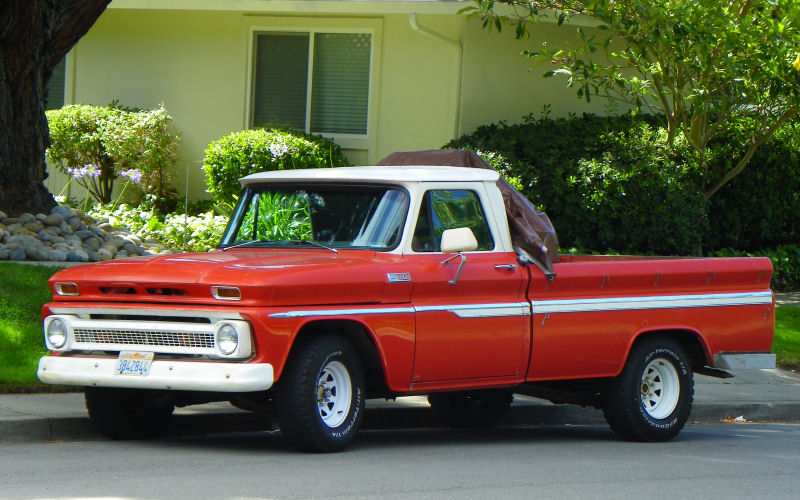 A while ago, I featured a Ford Falcon Club Wagon I found parked on Haight Street in San Francisco. It was a well-used example and was in rather ratty condition. The van, being a Falcon-badged variant of what is more commonly called the Econoline, confused some people. The post made it to an Australian Falcon forum, and mind you, the Aussies take their Falcons very seriously. They couldn't believe that such a thing existed, because clearly it was an Econoline someone put 'custom' Falcon badges on. Well, it wasn't the only Falcon Club Wagon van out there. 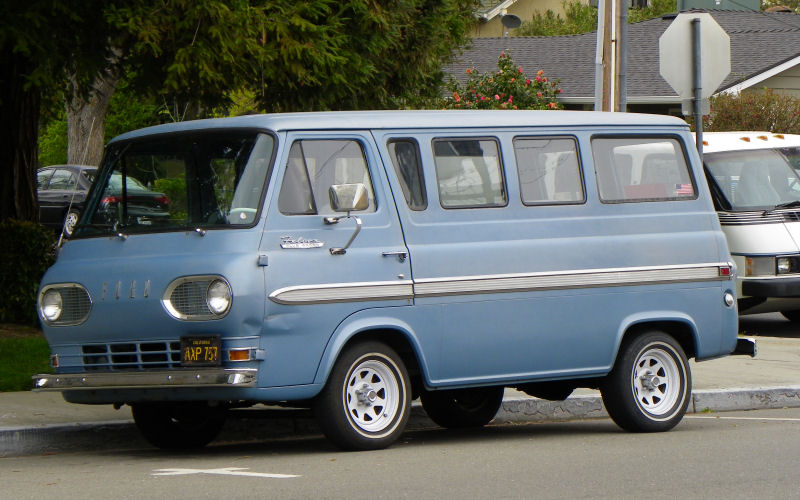 Picture yourself at a car show. What do you most expect to see there? If you said a plethora of 1955-1957 "Tri-Five" Chevys, most of them sitting on chrome five-spoke custom wheels, then we probably go to the same car shows. Or maybe we don't, because the Tri-Five Chevy is an extremely popular choice for classic car owners. Don't get me wrong, it's popular because it's a beautiful car, a solid design with room under the hood for some cookie-cutter GM small block crate V8 and they look great with American Racing Torq-Thrust or Torq-Thrust II wheels. They usually end up painted black-and-white or red-and-white or blue-and-white or something-else-and-white. They look really nice all done up. I've become so bored of Tri-Five Chevys, I typically walk right past them at shows unless an owner has actually done something unique with theirs. 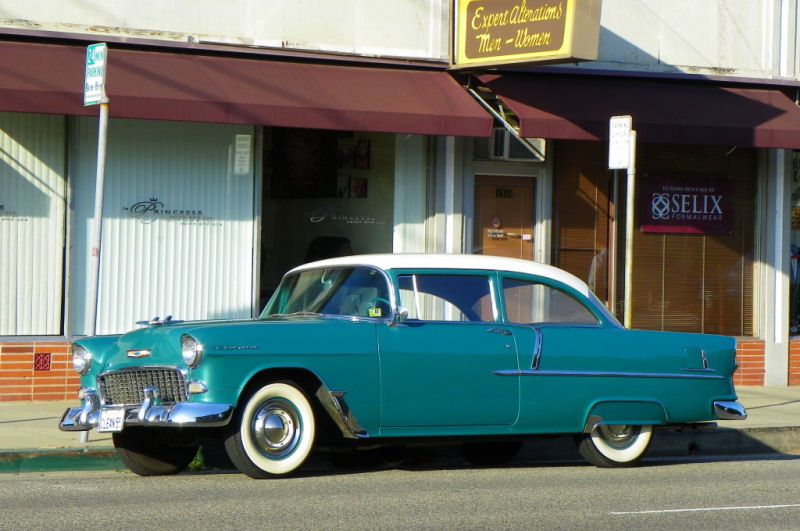 I don't usually feature modern exotic sports cars. I might take a picture or two but rarely do I stop and do a full shoot. The typical Ferrari F430, Lamborghini Gallardo or Lotus Elise just doesn't get me excited. A Murcielago? Eh, maybe. I'm more likely to stop and do a photo shoot of a Ford Pinto than the most cliched Lambo of the 2000s. If I'm going to shoot a Murcielago, it had better have some presence.

This one has presence.

I was exploring Sacramento after visiting the California State Auto Museum and passed this striking Lamborghini parked on a street. I promptly pulled a U-turn and parked so I could photograph it. 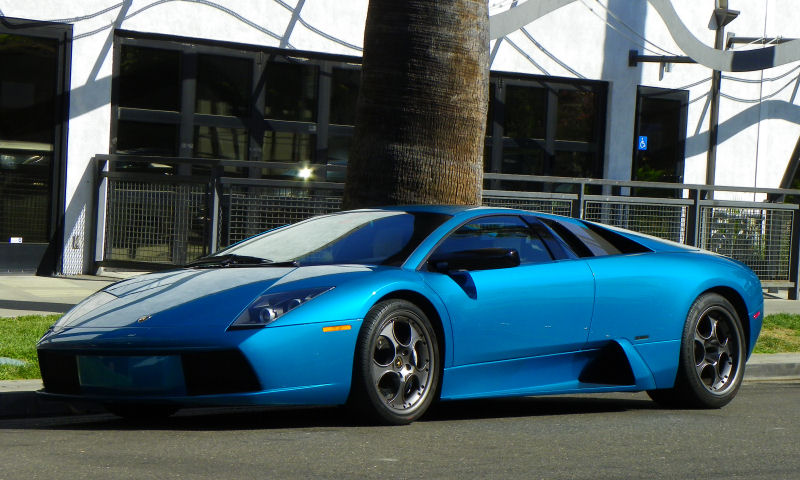 You see them at every swap meet and cars for sale corral: The project car. Frequently it's something covered in dirt and leaves that someone lugged out of a barn after thirty years. Sometimes it's a wrecked vehicle that needs a rebuild. And sometimes it's a car that runs but is ugly and someone either ran out of time and money or simply realized they were in completely over their head. I suspect this car is the latter.