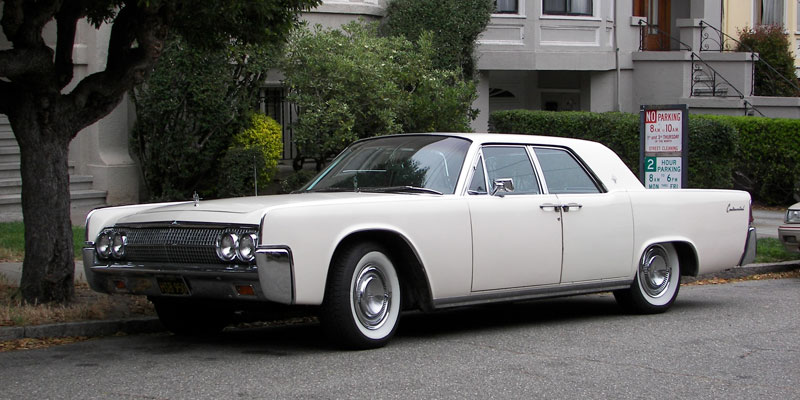 Old Fords and Chevys are everywhere in this state, and recently this blog featured its first Cadillac, but until now there have been no examples of Ford's luxury division and Cadillac competitor, Lincoln. Okay, to be fair, I did feature a 1956 Continental Mark II here a few months ago. The Mark II wasn't officially a Lincoln, though. This, however, is a legit Lincoln. And boy, what a Lincoln it is. It's a 1963 Continental sedan. 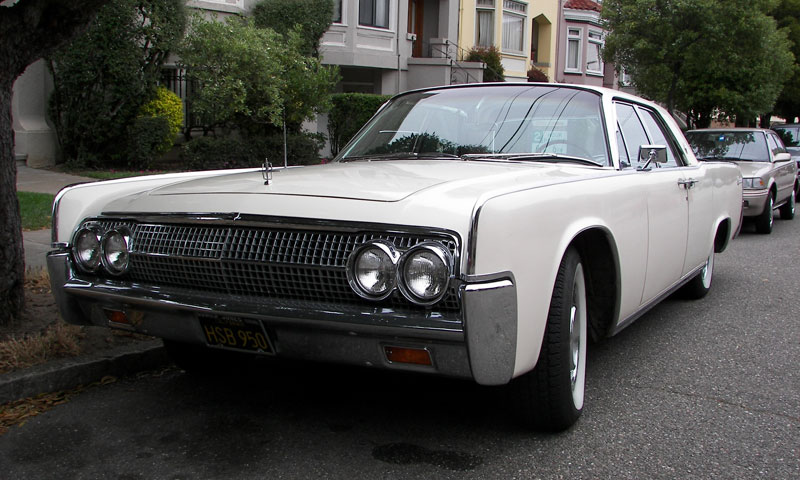 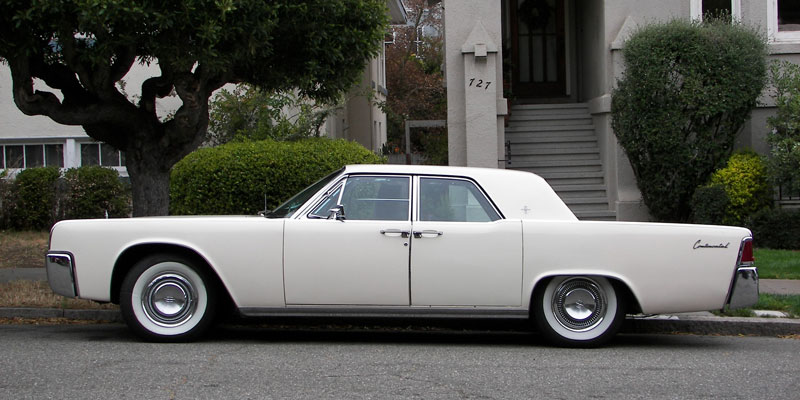 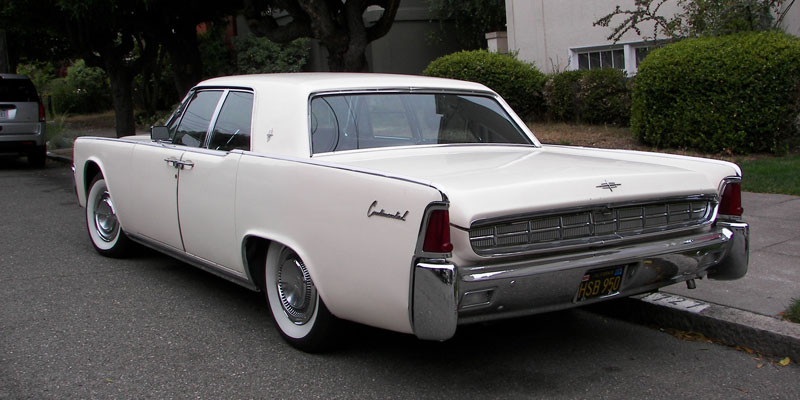 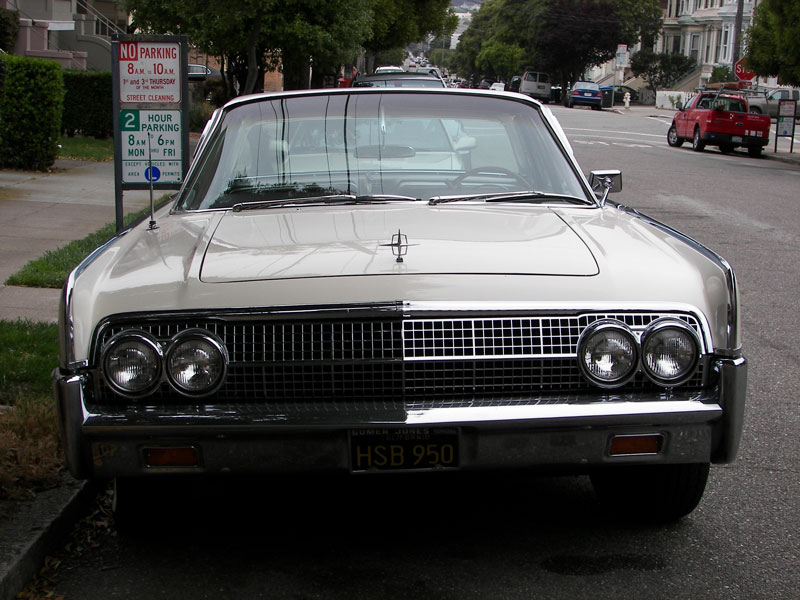 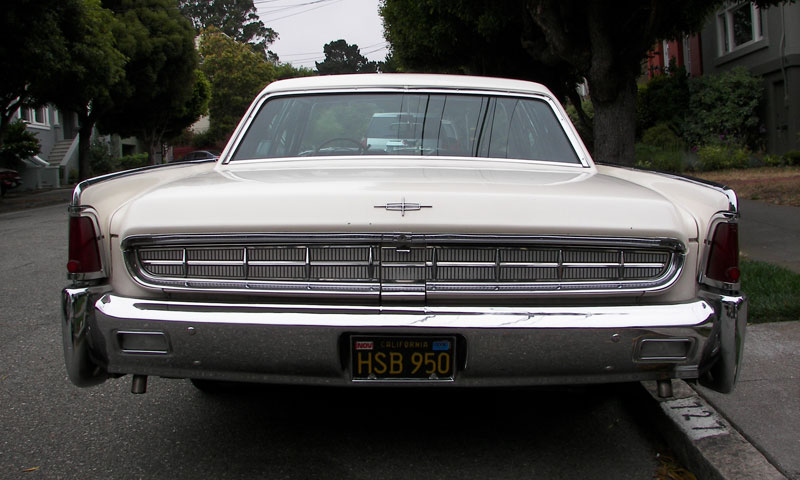 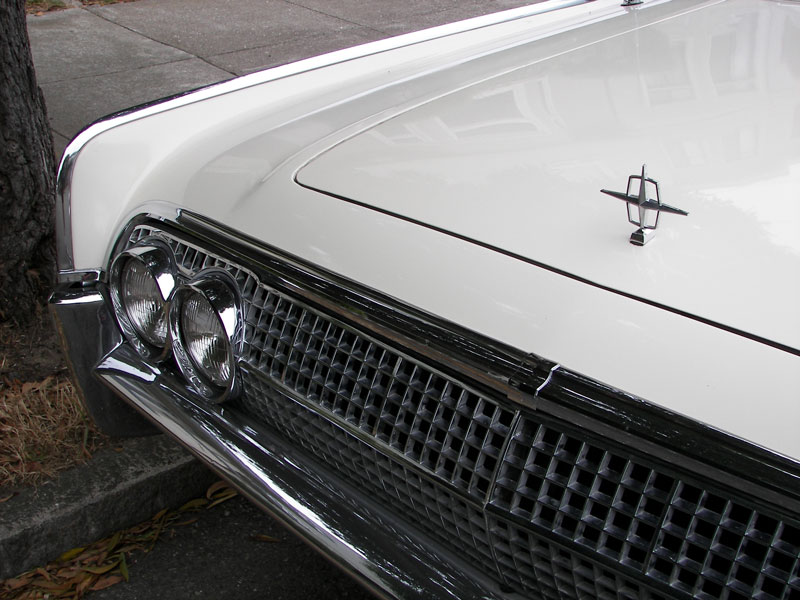 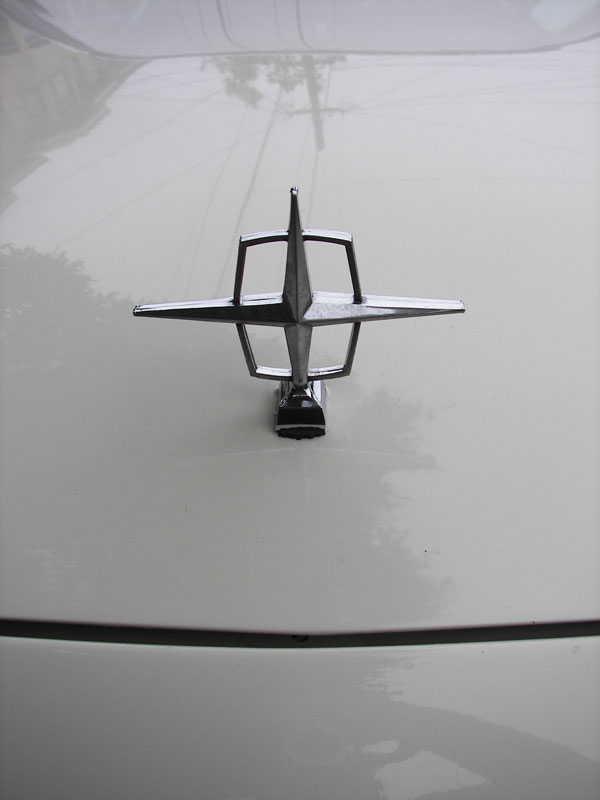 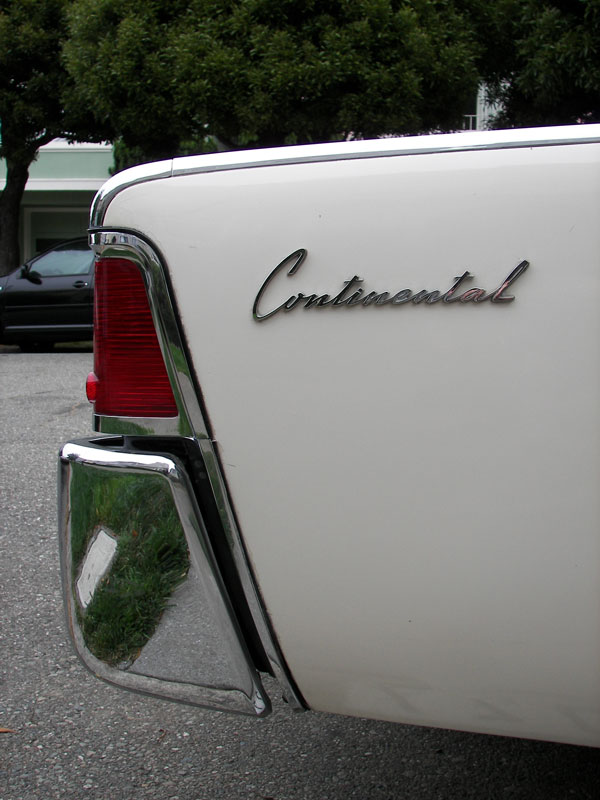 The Lincoln Continental was introduced in 1961 and became an instant classic. With its well-proportioned design, simple and elegant lines, and notable features like rear suicide doors and a four-door convertible body style, the Continental is today a highly collectible car and many consider it Lincoln's high point.
This example is one of 31,233 Continentals sold in 1963 (one of 28,095 sedans). It has more rear-seat legroom and trunk space than the 1962 model, making it a perfect car for mafia types, knowhatimean? The basic design of the body changed little during the model's 1961-69 production run. For 1963 the grille gained a square eggcrate design replacing the rectangular design. I'm torn over whether I prefer the '63 and '64 model (the latter of which I've absolutely loved since Hot Wheels introduced a gorgeous white '64 Continental convertible into their lineup in 2000). All years of the first-generation Continental have their own good and bad qualities. This car is a beautiful example of the breed with its classic white paint and black interior, full wheel covers and wide whitewall tires. The California black plates are too new to be original, but they were probably issued in 1965. The body's in great shape. About the only thing that could make this one better is if it were the much, much rarer four-door convertible. This is the kind of car you get in, start up, roll down the windows and just cruise.
Posted by Jay Wollenweber at 1:57 AM