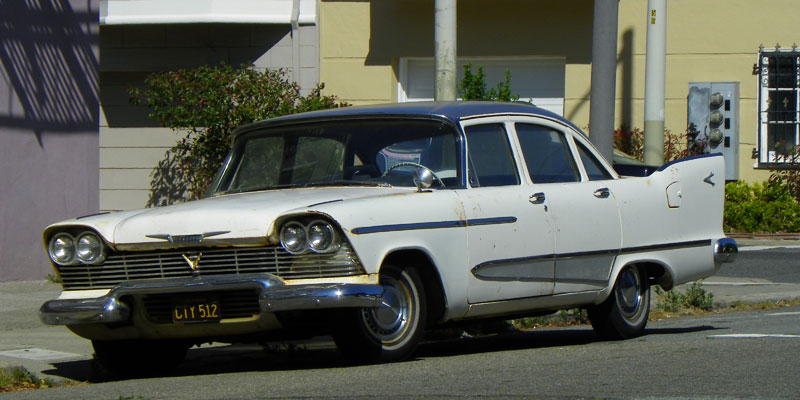 In the mid-1950s, the cheapest model available from Plymouth was the Plaza. The Plaza existed as a model from 1954 until 1958, slotting beneath the Savoy, Belvedere and Fury. In its final year, the Plaza was offered with a bevy of options, including a two- or four-door Club Sedan body style, Custom station wagon or the truly entry-level (and very rare) Business Coupe which shared the 2-door Club Sedan body but had no back seat. Also for 1958 was a special edition model, the Silver Special. This car came with a silver-painted roof, anodized aluminum "Sportone" side trim and a chrome spear that ran from the front fender to the leading edge of the front door. Badging consisted of an arrow-shaped emblem on the quarter panels symbolizing the "Forward Look" design theme. This replaced the ordinary "Plaza" emblem. Features included whitewall tires, full hubcaps, turn signals, electric wipers, and windshield washers, showing just how basic a standard Plaza really was. 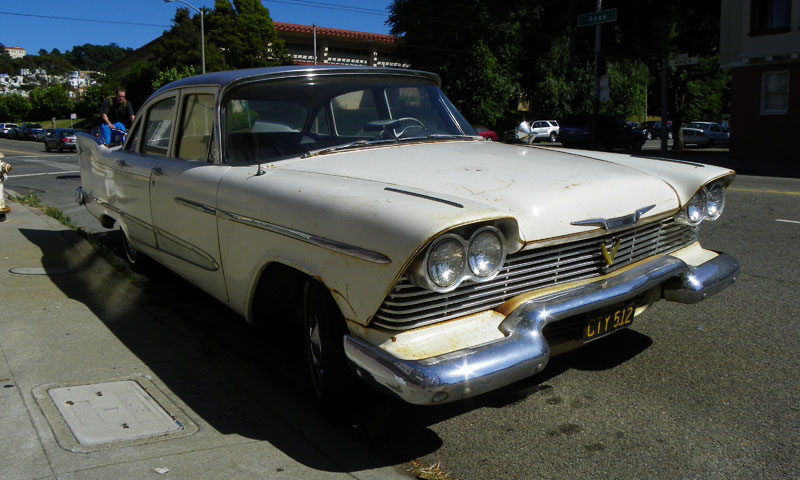 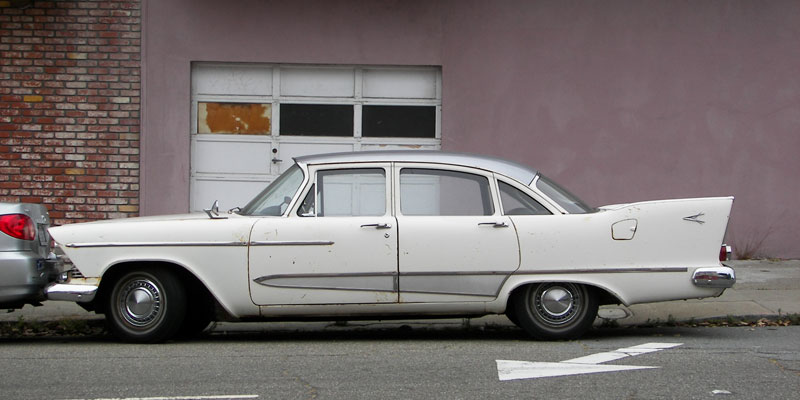 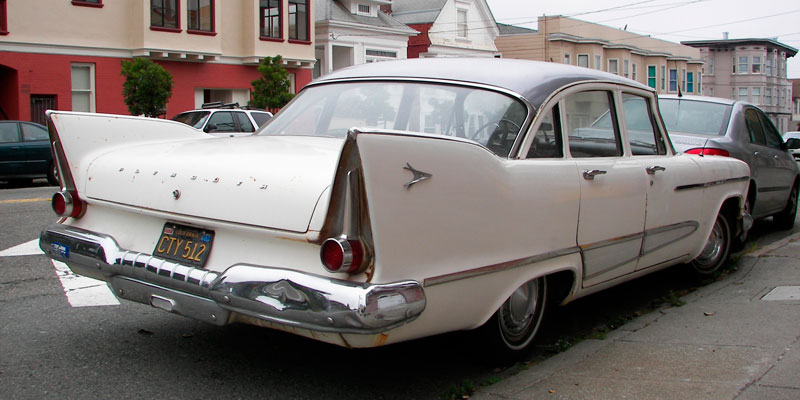 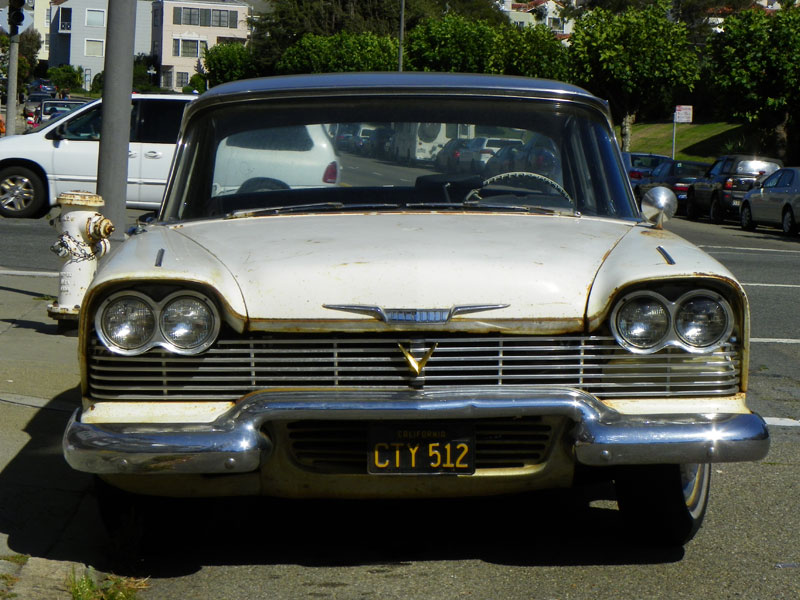 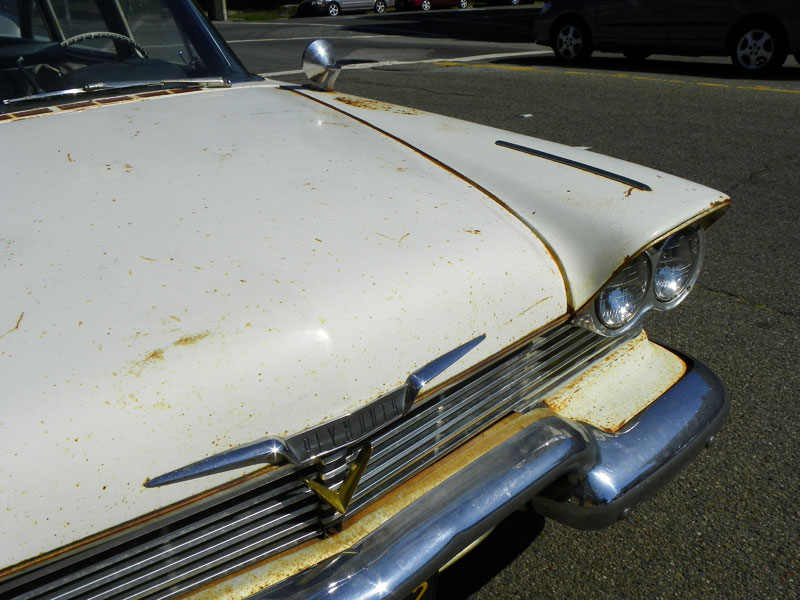 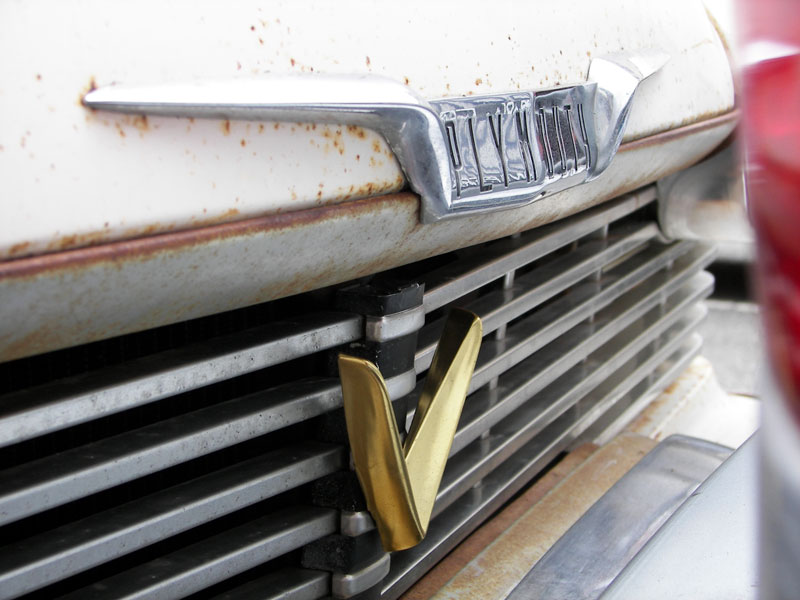 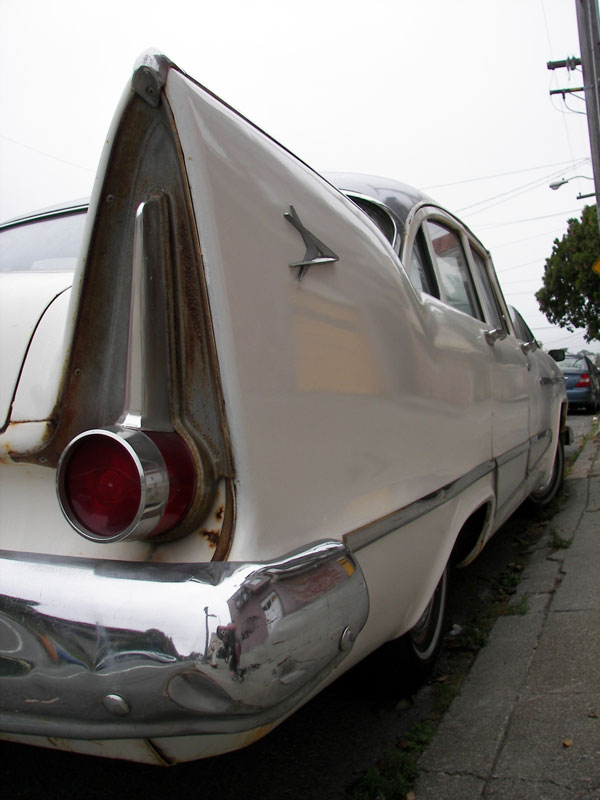 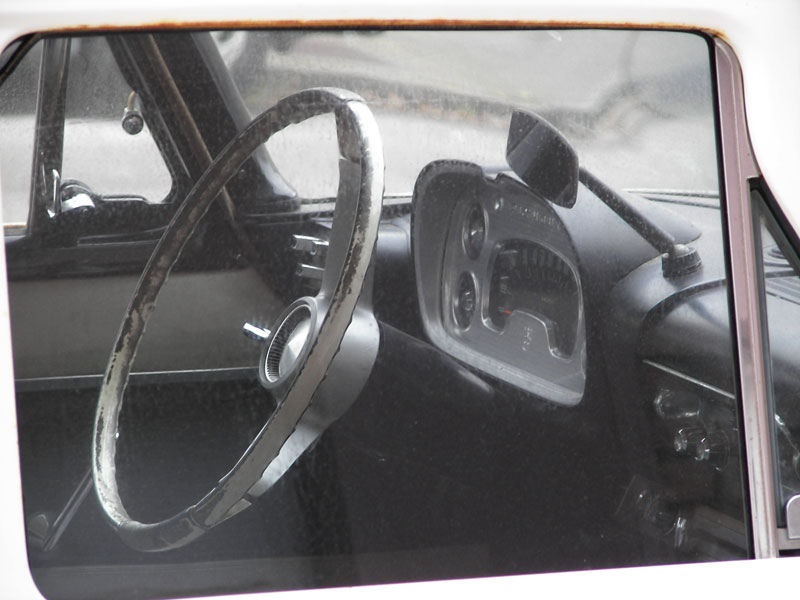 This example is a 1958 Plymouth Plaza Silver Special Club Sedan. The gold V on the grille indicates this car has the standard "Fury V-800" 318 cubic inch V8 making 225 horsepower. A "PowerFlow" six was optional (152 hp), and a four-barrel carbed "V-800 Super Pak" was also available, making 250 hp. It also features a push-button automatic transmission, either a PowerFlite or a TorqueFlite unit. Overall condition is fair; it looks like a solid driver that's a little rough around the edges. Supposedly the 1957s had a terrible reputation for water leaks and rust, a problem mostly sorted out by 1958 as shown on this car, which exhibits relatively little rust. The body is largely straight, as most of its rash has been absorbed by the side trim and big chrome bumpers. It would be nice to see this car restored before the salt air eats it up.

For those of you who care, this car was featured by somebody else on The Truth About Cars on January 1, 2010. But I photographed it months before they did! No really, I did.
Posted by Jay Wollenweber at 10:33 PM