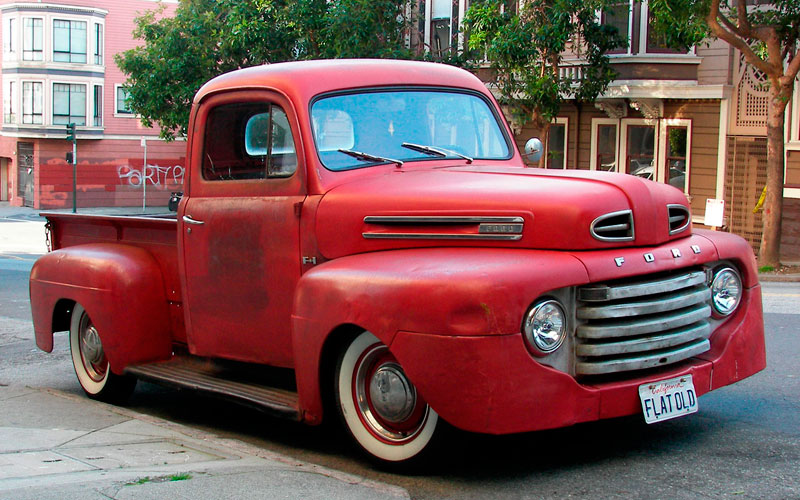 1948 was a hugely important year for Ford. It was the first year of all-new trucks after World War II. The new F-series trucks were much more modern looking than the pre-war designs they replaced. Because trucks were so important, and Chevrolet had introduced its Advance Design series of trucks in 1947, Ford rushed its new trucks to market a year before its all-new line of cars. Where Chevy's trucks came with inline-six-cylinder engines, Ford offered a flathead V8 boasting up to 100 horsepower. It could be argued that Chevy had the styling edge, though. Ford trucks from this era were a bit on the homely side. 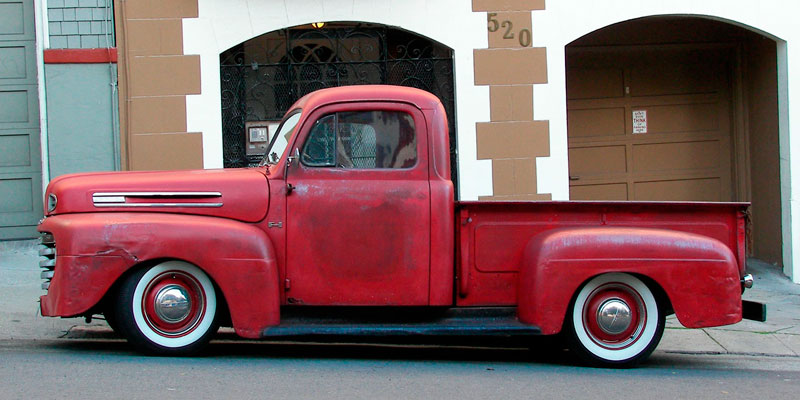 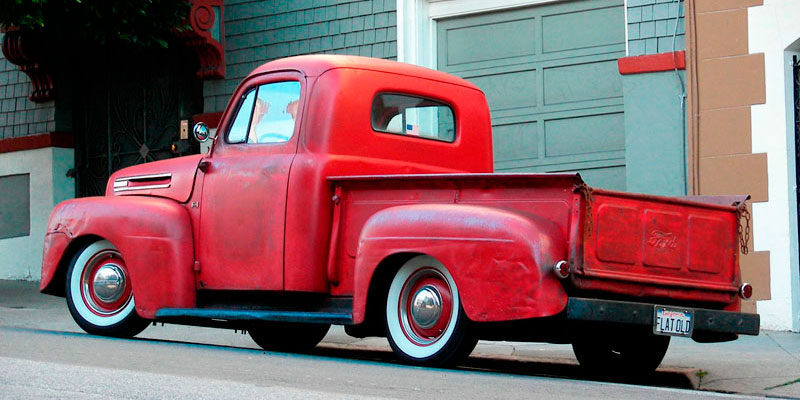 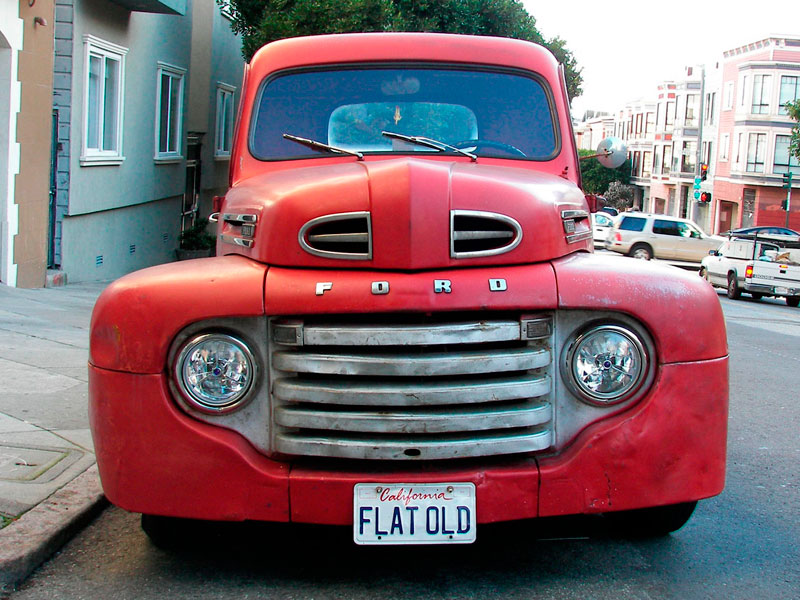 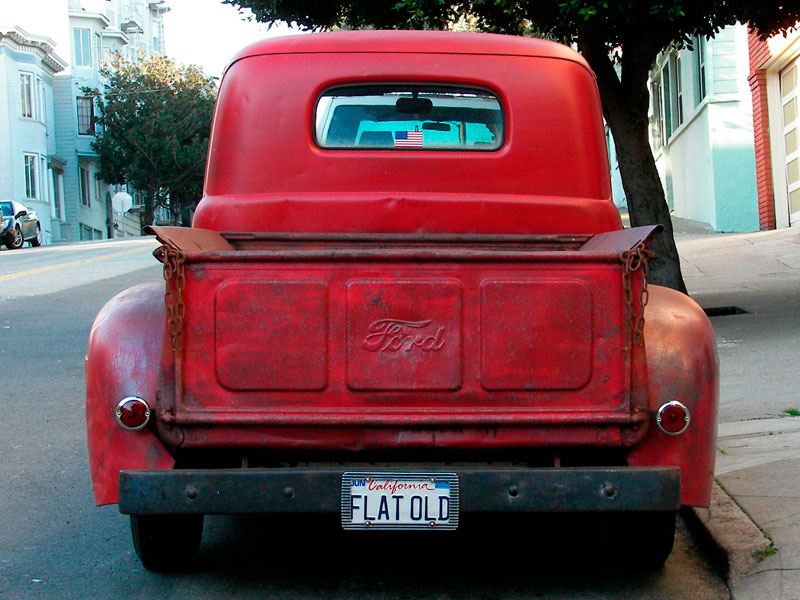 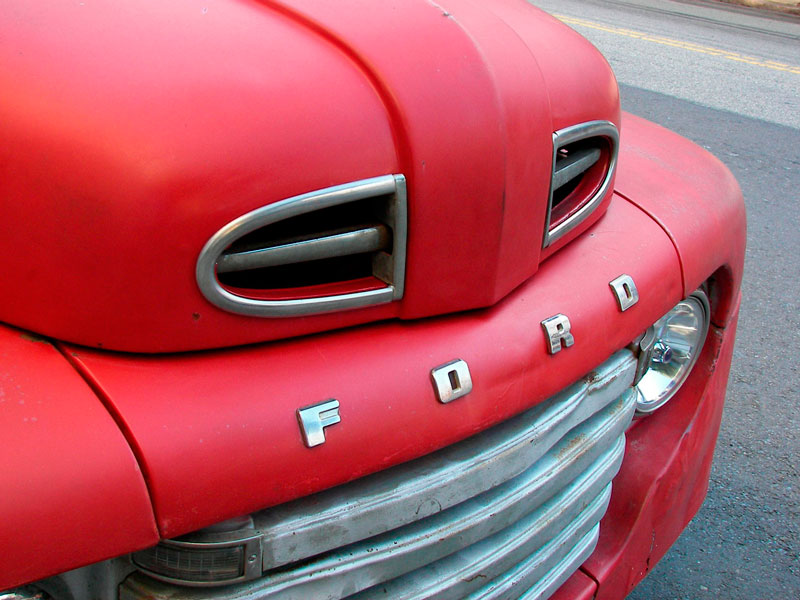 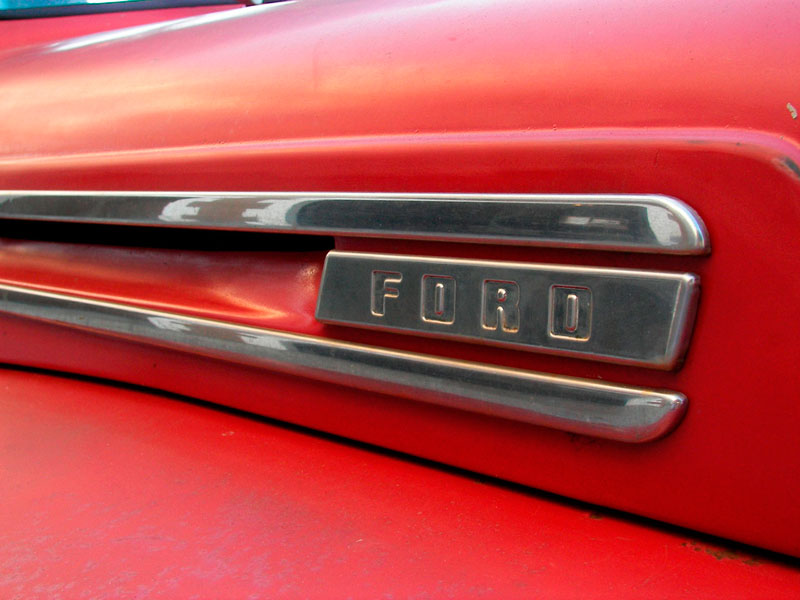 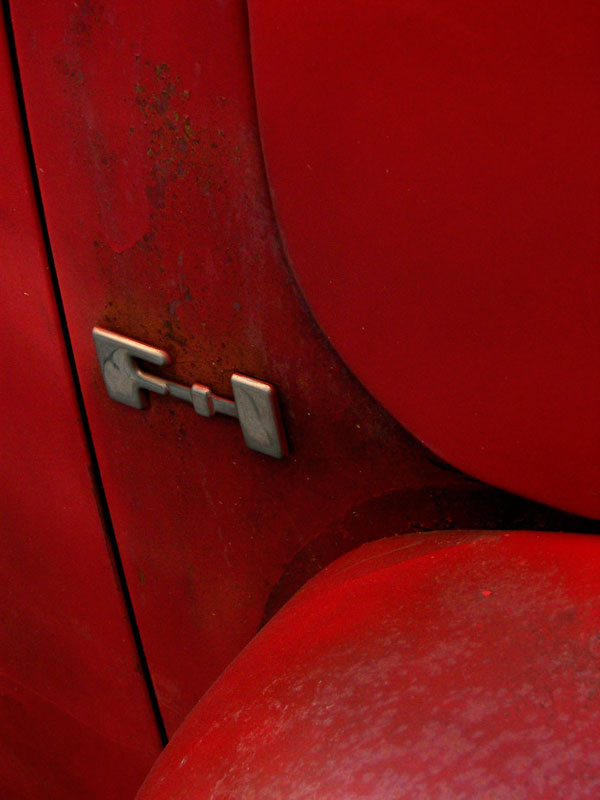 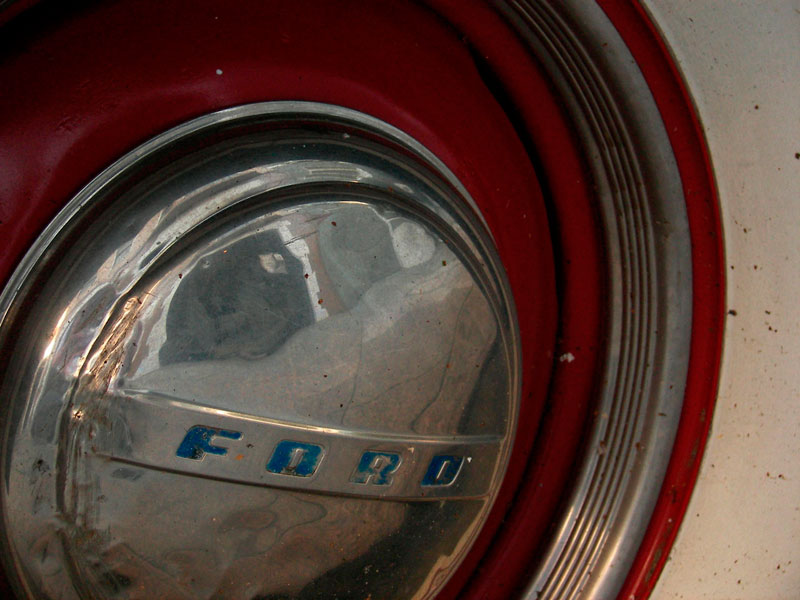 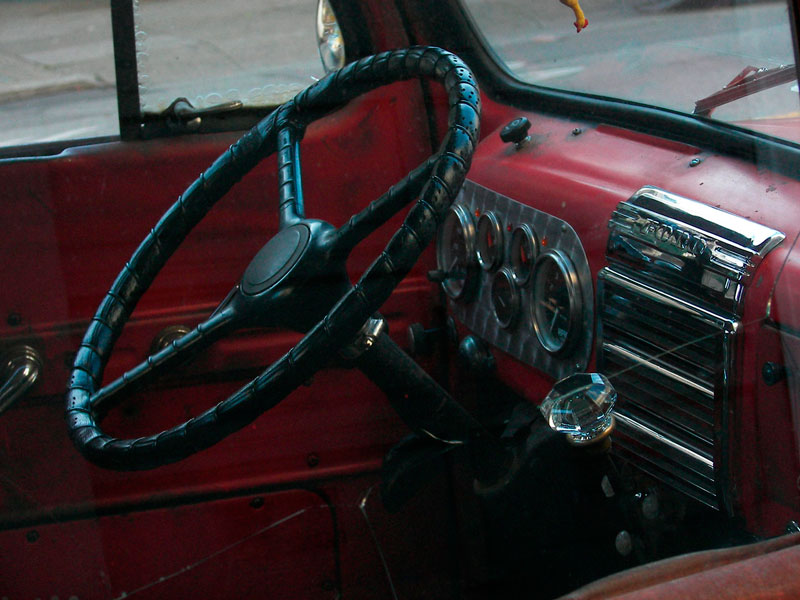 This truck is kind of a sad story. It's a 1948 Ford F-1 that lives in San Francisco, and it looks fairly decent in these pictures. But you'll notice a discrepancy between the left and right doors; the passenger door is stock but the driver's door has had the door handle removed and filled in. That's right, this truck is in the process of being customized. Last time I saw it, it was driving through town, and it had recently had its roof chopped about 3 inches. On a vehicle with such a tall body, and with so little glass area to begin with, that's about the worst thing you can do to the proportions. In my opinion it looked far better before they started. It isn't my truck, so the owner can do whatever they want with it. But still, what a crying shame. I loved the patina this truck had as a stock survivor in a tough urban environment.
Posted by Jay Wollenweber at 5:55 AM