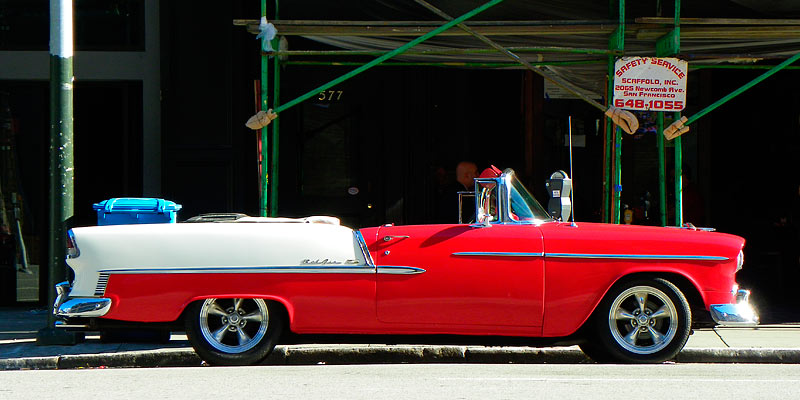 Ahh yes, when it comes to old American cars, you can't get much more cliched than a 1955 Chevy Bel Air in red and white with American Racing Torq Thrust II wheels. Why is it so generic? Because it doesn't look bad. There are probably dozens, maybe hundreds, of 1955 Bel Airs done up exactly like this one. 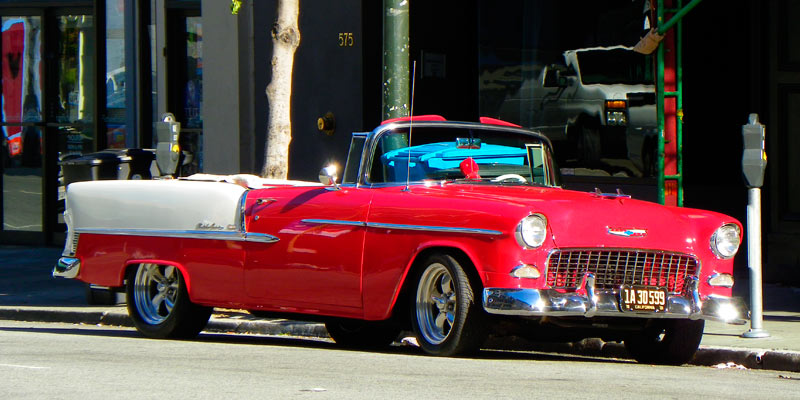 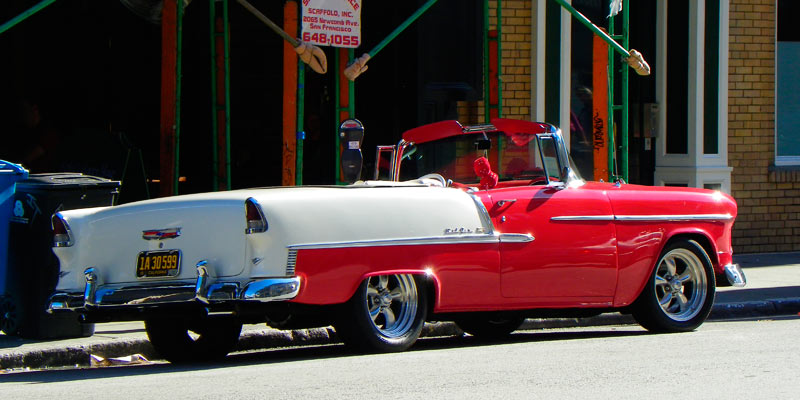 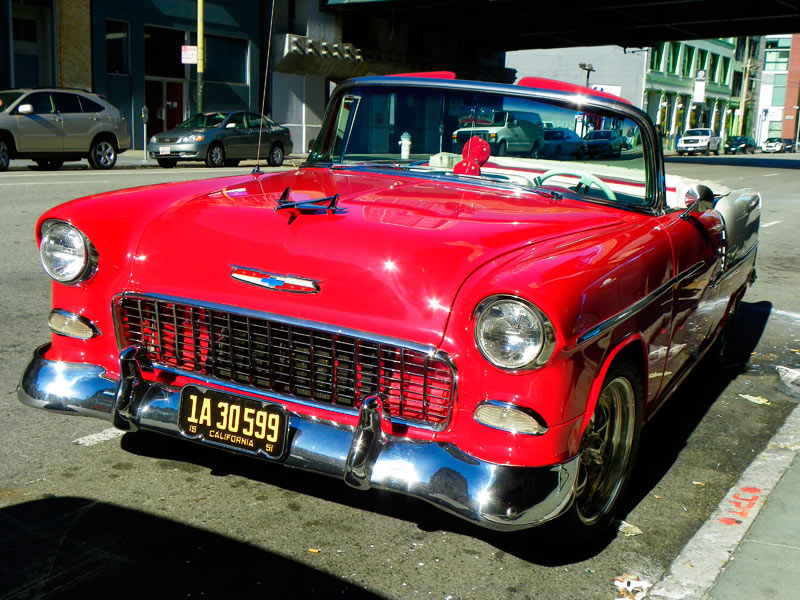 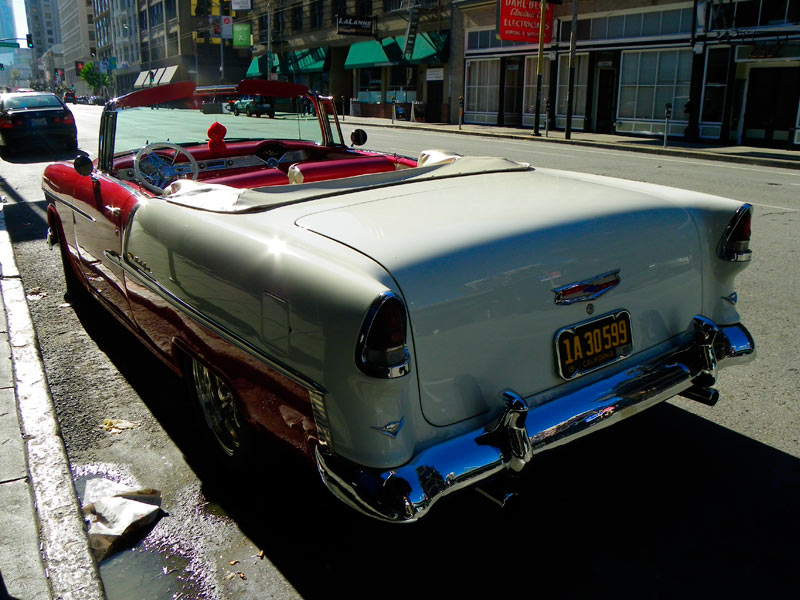 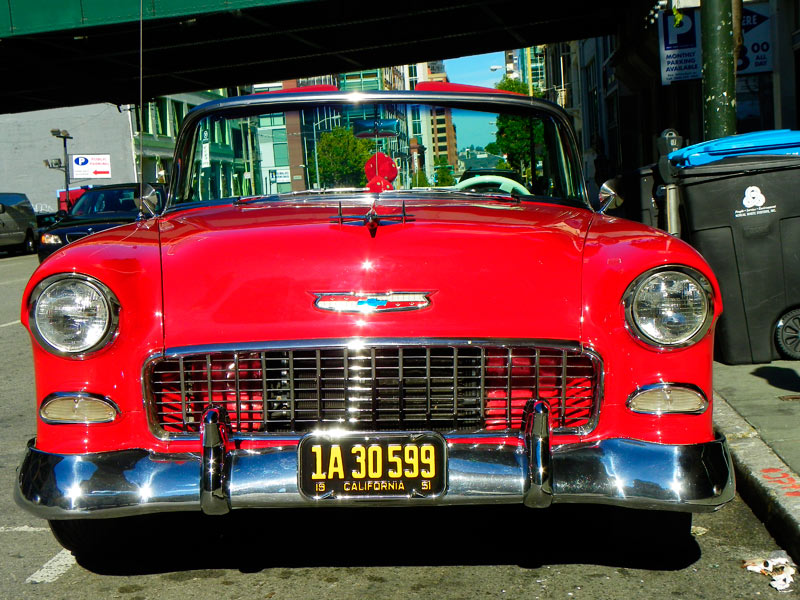 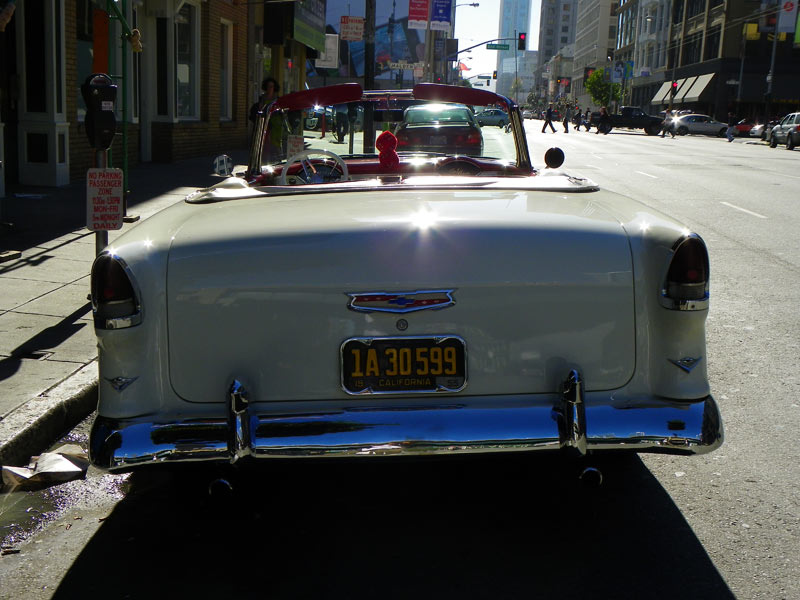 I really quite like the "Tri-Five" (1955-57) Chevy range from a styling standpoint. They're popular and desirable, and very valuable if kept stock or at least cleanly done mild customs. Convertibles are usually the rarest and most valuable body style, and if this one weren't quite so generic I might love it. In fact, I almost didn't photograph this car. Red and white two-tone Tri-Fives on Torq Thrusts are a dime a dozen at car shows. This one probably has a late-model crate 350 V8 in it, Colorado Custom banjo steering wheel, ididit steering column, Vintage Air air conditioning, and a standard chrome-tipped dual exhaust setup. The fuzzy dice are mildly amusing, but still nothing special. At least he didn't slap Chevy bowtie-shaped exhaust tips on it. I would have gone with a different color if it were mine, maybe an aqua or a light blue (another very common color). 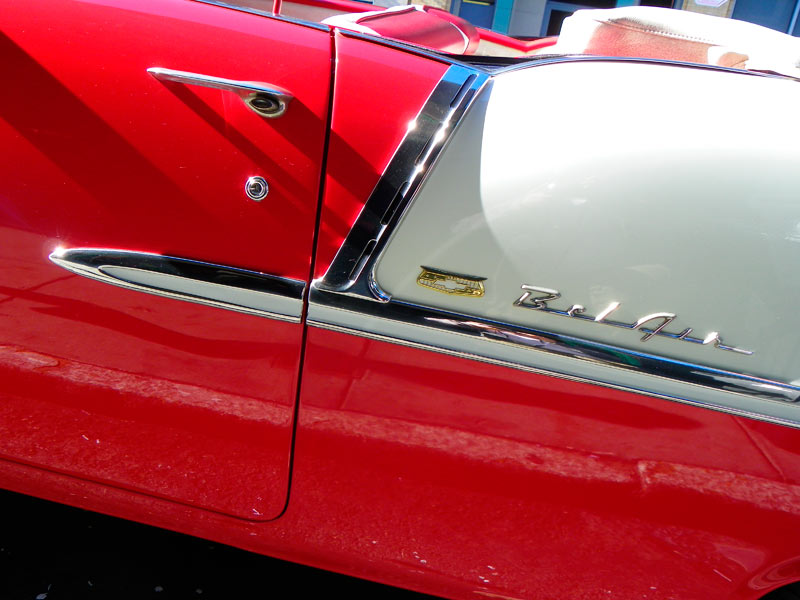 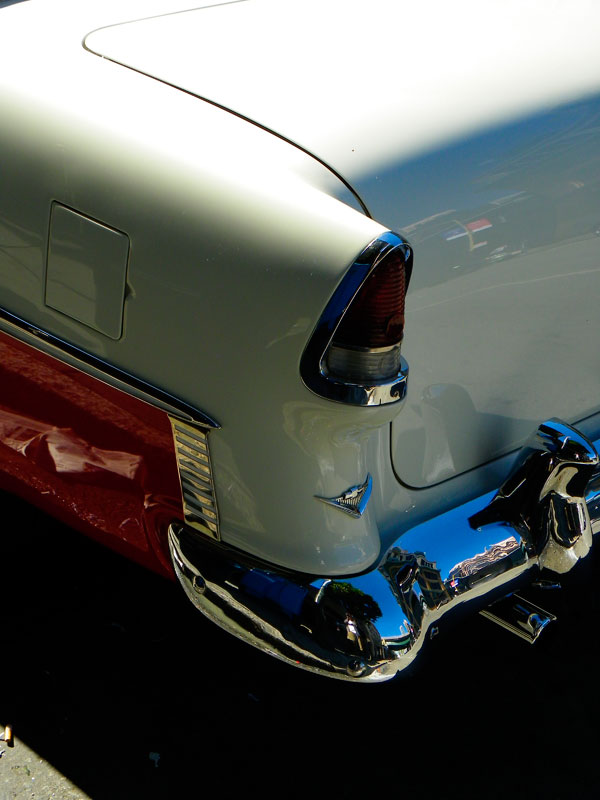 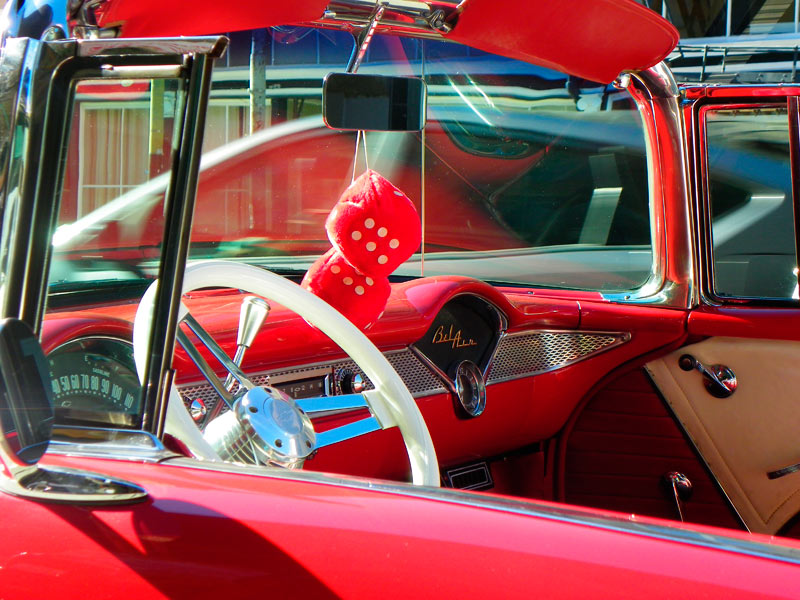 In all fairness though, the 1955 Chevy is a very important car. It marks the first use of the all-new Chevy small-block V8, whose basic design is still used today. Prior to 1955, Chevrolet installed six-cylinder engines in all its cars, an old design that ultimately produced 125 horsepower by 1954. Ford edged Chevy out by 5 hp for 1954 with its new Y-block V8, replacing its own old Flathead V8. Come 1955, it was a toss-up. A Ford vs. Chevy horsepower war had begun, which would only intensify in the decade ahead.
Posted by Jay Wollenweber at 12:01 AM