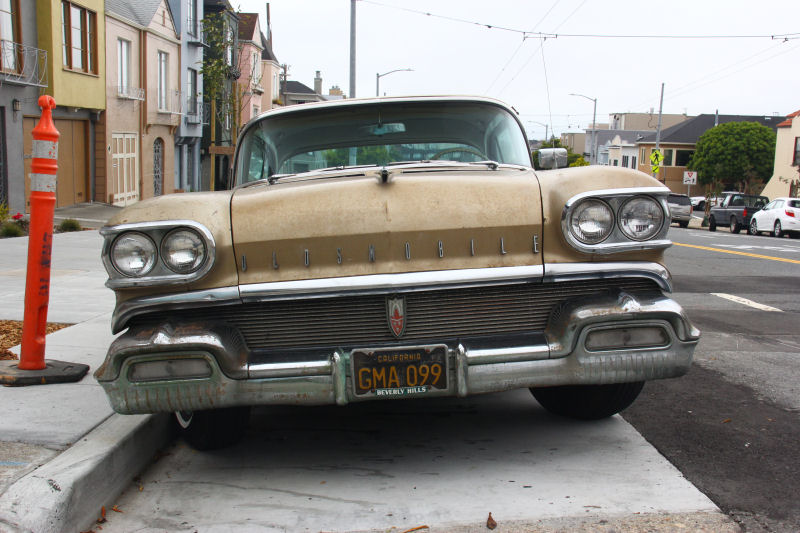 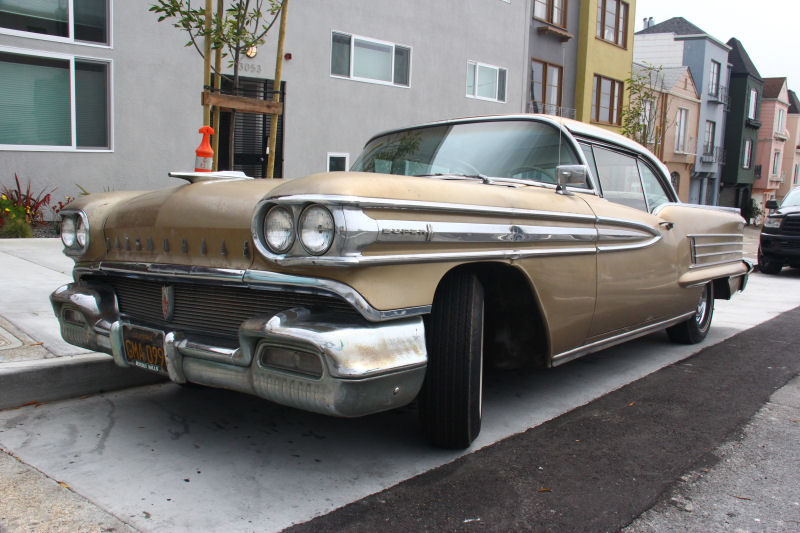 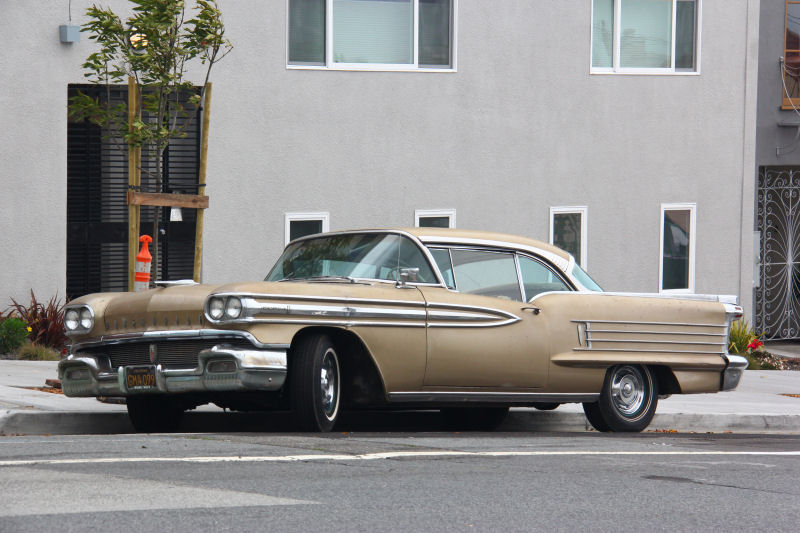 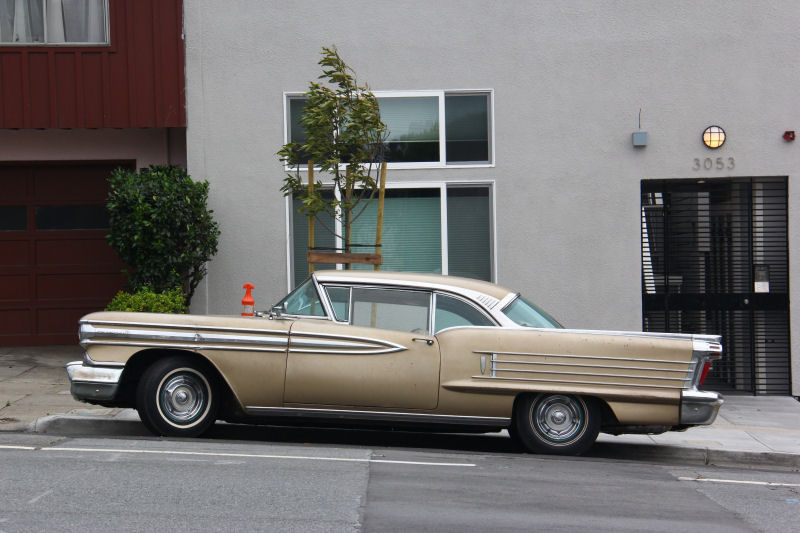 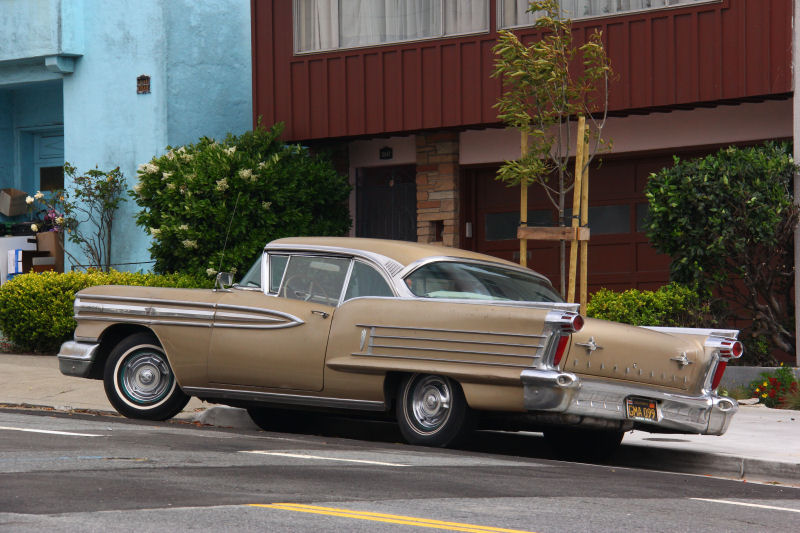 It's kind of funny to me that in eleven years my experience with Fifties Guy's collection has come full circle. It began with a '58 Olds and more than two dozen features later we're back to a '58 Olds. This one is a decently equipped two-door hardtop whereas the first car was a lower trim four-door sedan. 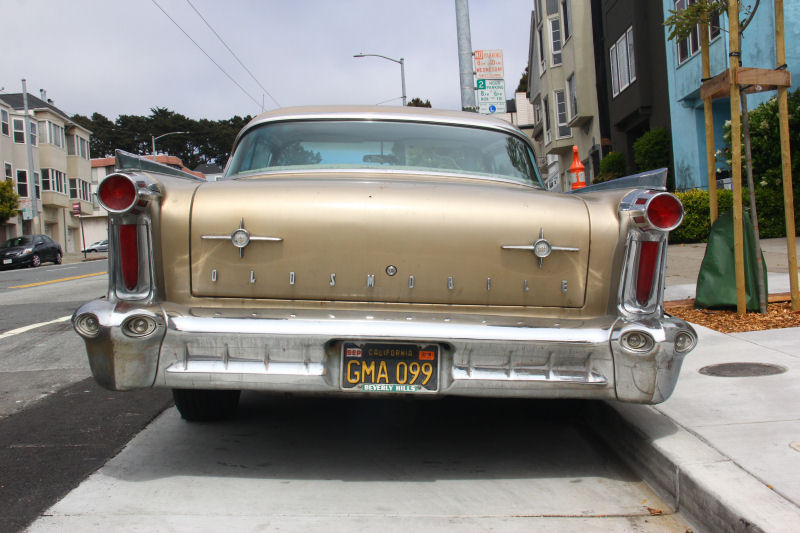 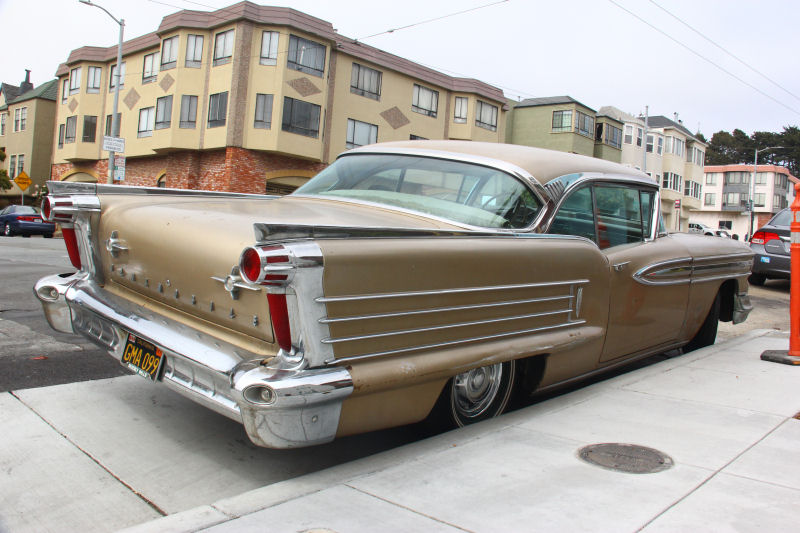 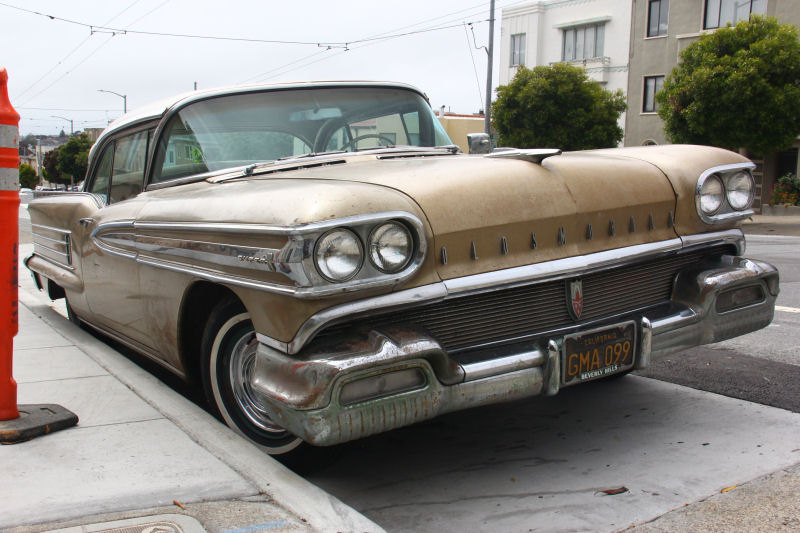 The 1958 Oldsmobile line consisted of the base Dynamic 88, Super 88, and the luxury 98. The 98 at first glance looked like any other 88, but featured its own exclusive long wheelbase (4" longer than the 88s and 8" longer body overall) and an assortment of options ranging from "New-Matic" air suspension, numerous power items including seats, windows, brakes, steering and radio antenna, to the J-2 Golden Rocket V8 engine with triple two-barrel carburetor setup. A Super 88 like this one was also available with the J-2 option but most came with the standard 371 cubic inch V8 with a four-barrel carburetor. The standard Super 88 Rocket was no slouch at 300 horsepower, with the J-2 producing up to 312. Power reached the pavement with a Jetaway Hydramatic four-speed automatic transmission. Other options included the "Autronic Eye" self dimming headlight sensor, "Safety Sentinel" speed warning, and um, air conditioning. Which didn't have a marketing buzzword. I still think the most interesting option was the "Trans-Portable" transistor radio, which mounted inside the dashboard and could pull out with an attached handle. Once removed the radio would then operate on a battery and could be used outside the vehicle, supposedly up to 160 hours battery life when new. The empty gap was hidden by a spring loaded door that would shut automatically for a clean appearance. When replaced, the radio would plug back into the car's power system, speakers and antenna and could be locked up in place with its own key. The sales literature is definitely worth a look! 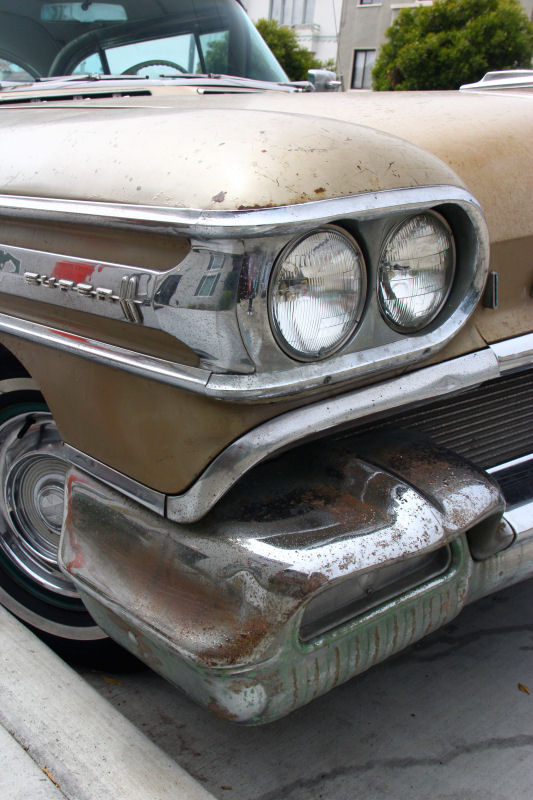 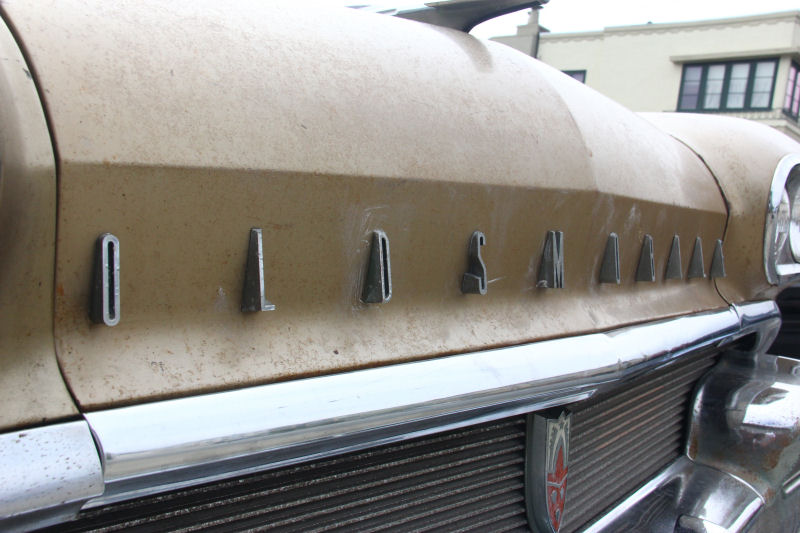 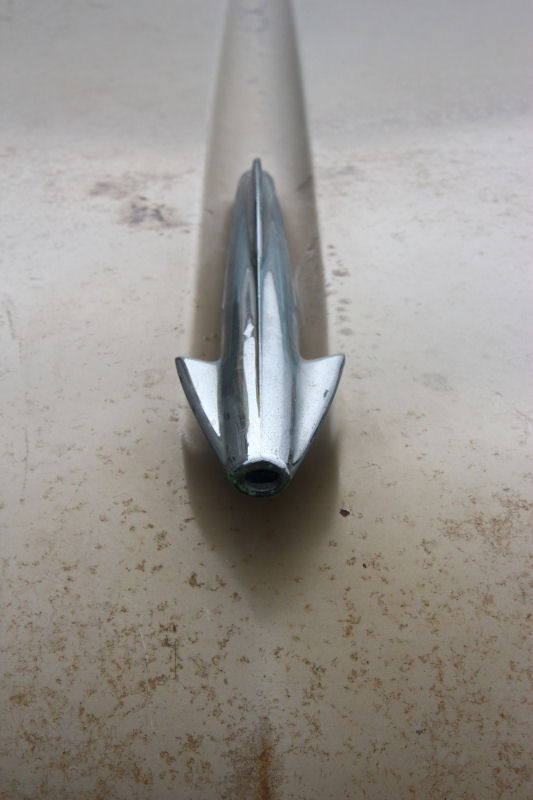 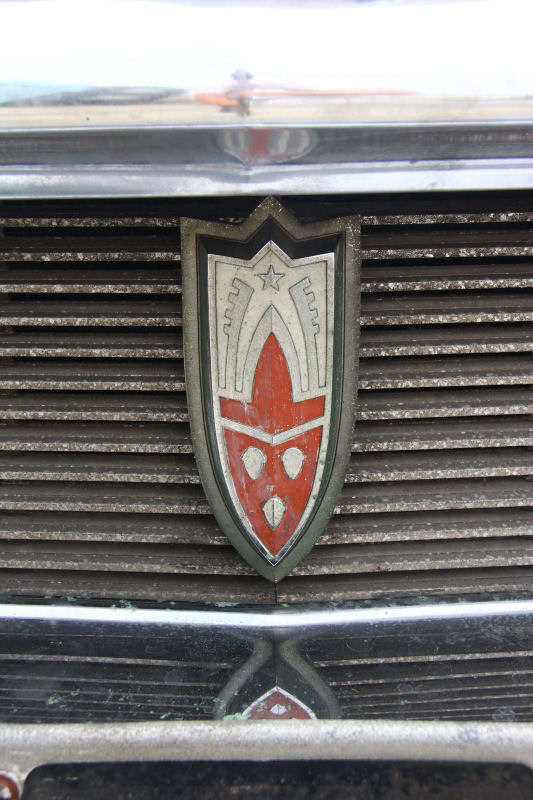 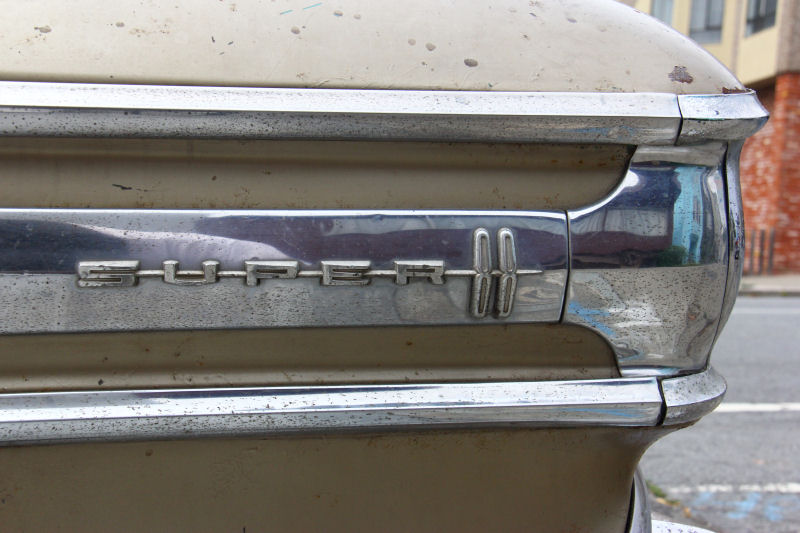 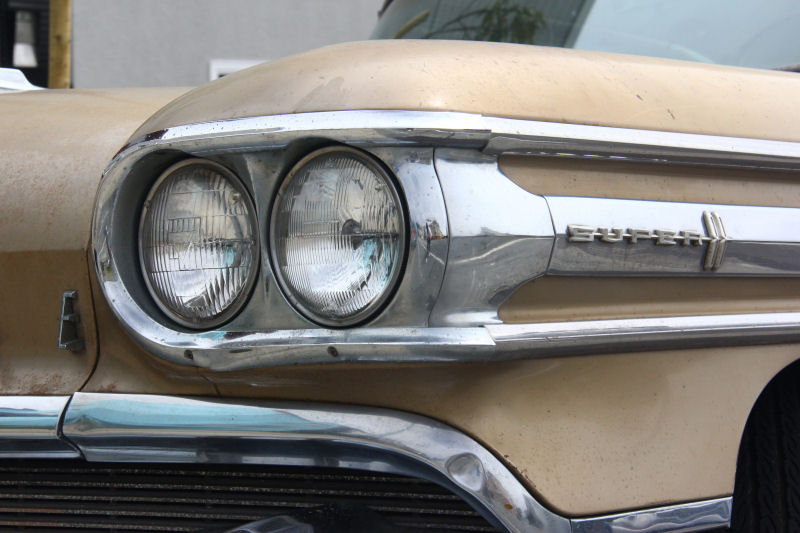 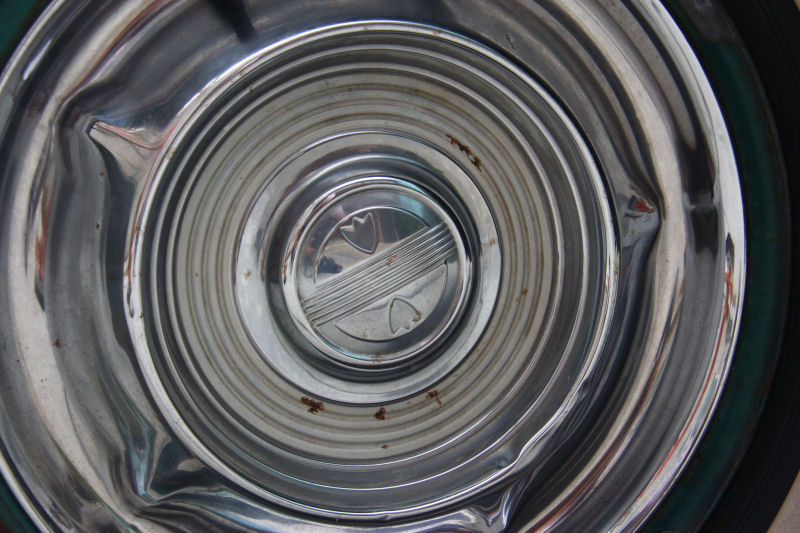 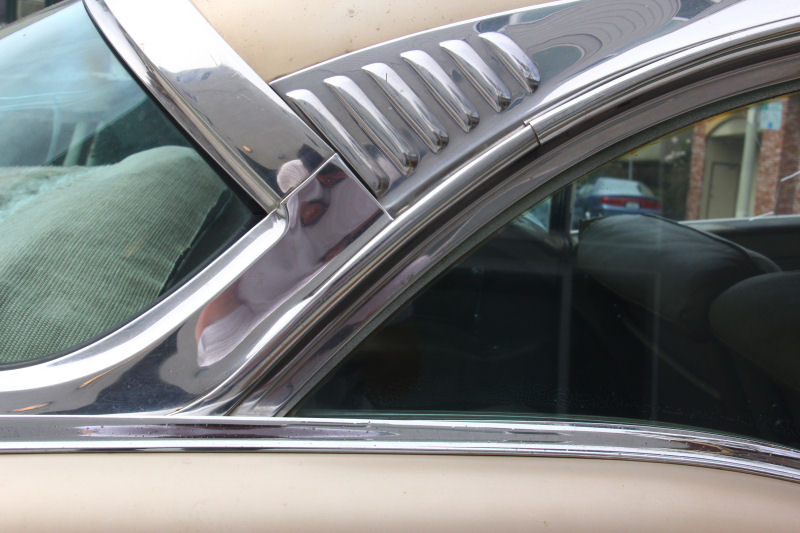 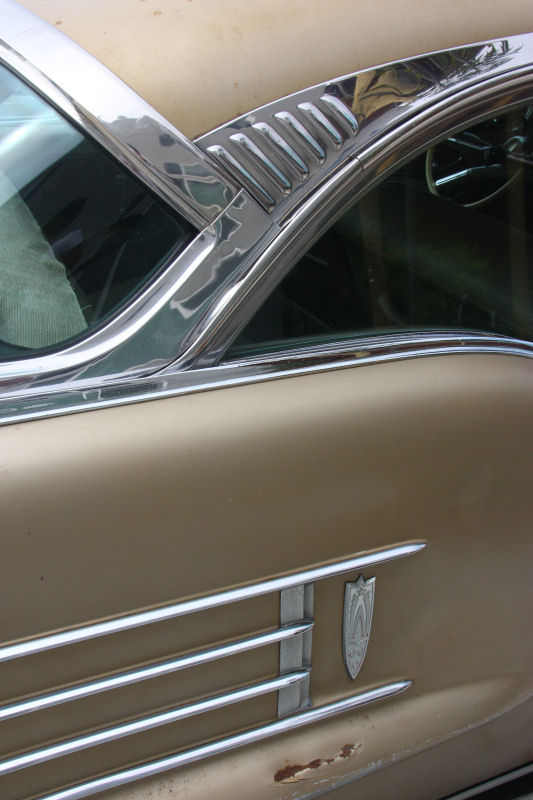 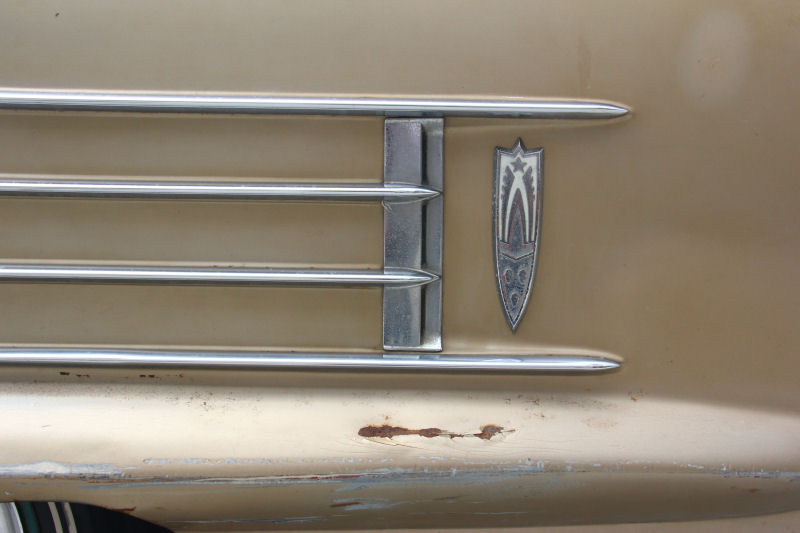 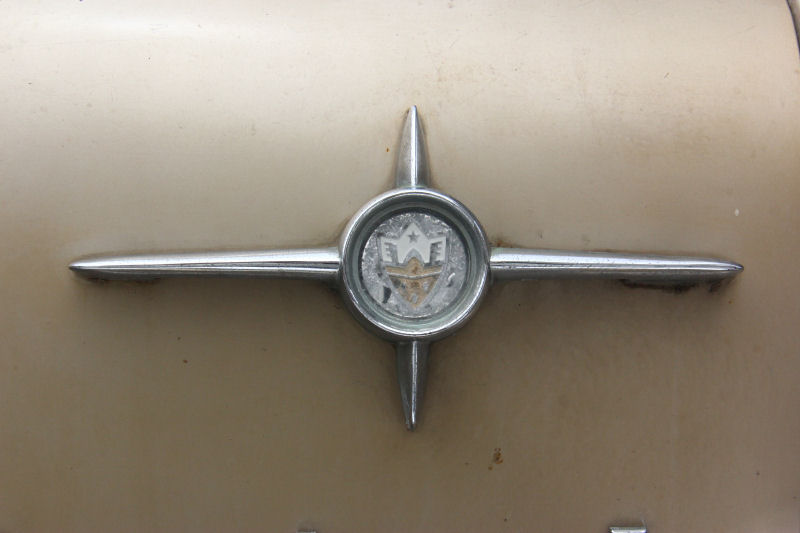 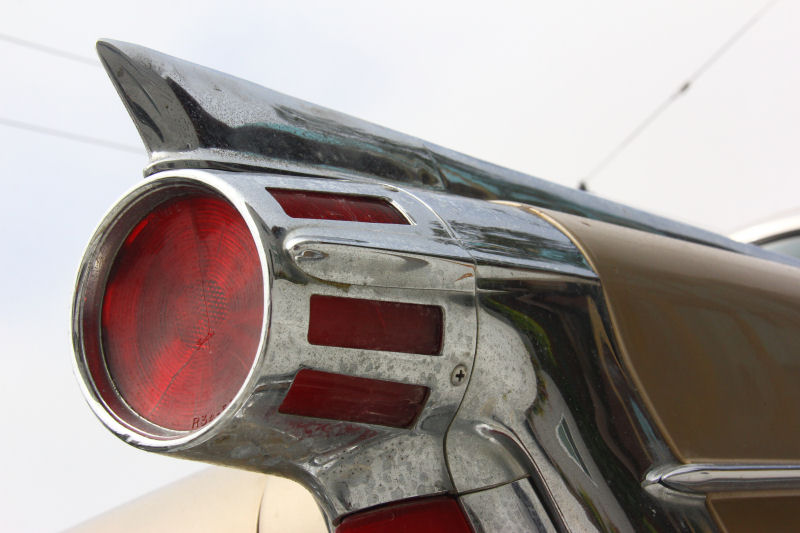 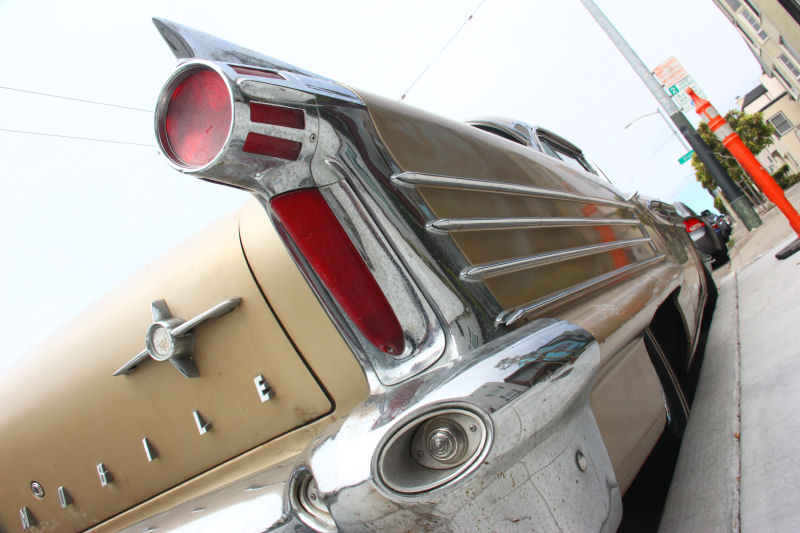 If there was ever one thing the '58 Oldsmobiles had, it's an abundance of styling. Virtually everything, inside and out, is styled. I never found these cars particularly attractive as a whole, but there are a lot of little details and chrome gingerbread to draw your eye and keep you looking at it. And you can't just take all that chrome and stainless off like you can on a Tri-Five Chevy. The quarter panel ribs and front side sculpting are molded into the body. The baroque styling almost does the car a disservice to its mechanical merits, as a Hemmings article I read on a well-kept 1958 Olds 98 Holiday coupe described it as being very smooth and quiet on the road, very quick for its size and mainly let down only by the bias ply tire technology of the day. I imagine it's a very thirsty engine, but sounds like a fine vehicle for cruising one of President Eisenhower's freshly built federal highways. Once you're coddled inside that Fashion-Flair interior of Airweave fabrics and Morocceen vinyl seat bolsters, just point that big chrome spear of a hood ornament between the lines and go.

Photographed June 2018
Posted by Jay Wollenweber at 12:00 AM