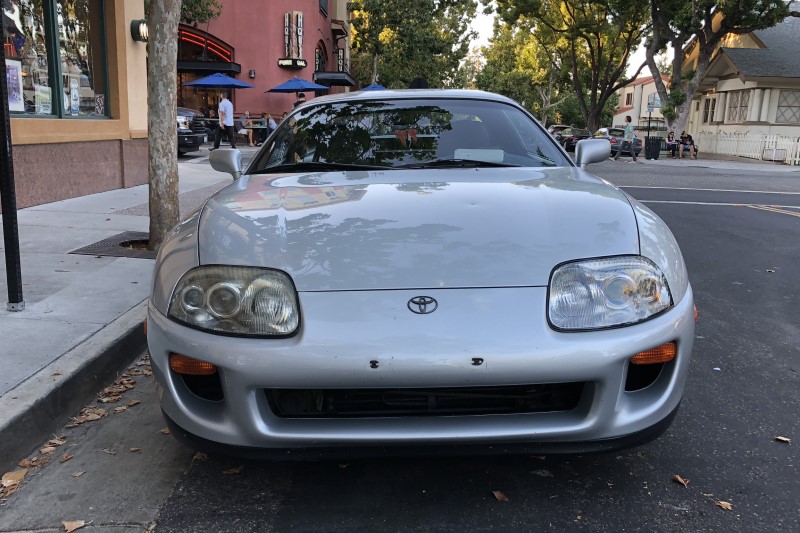 It could be argued that the fourth-generation Toyota Supra is one of the most iconic sports coupes of the 1990s. It enjoys notoriety as one of the stars of the original Fast & Furious film and has long been associated with road course racing, amateur street racing and drift culture alike. 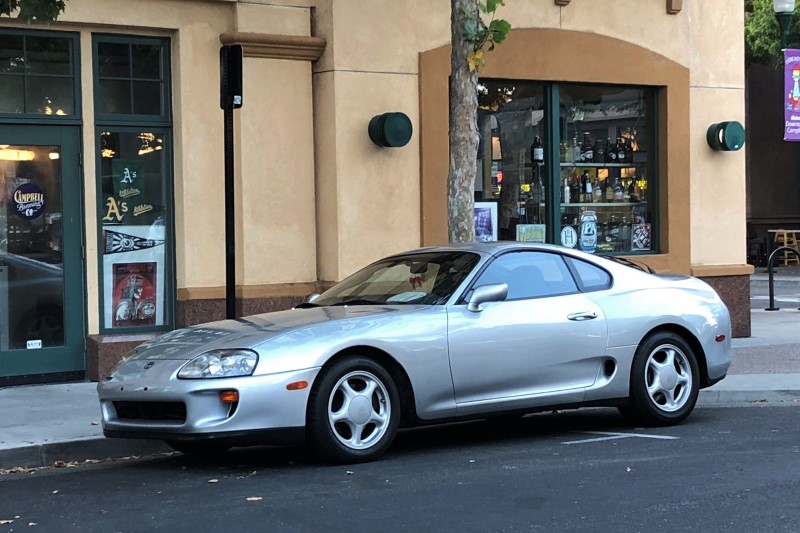 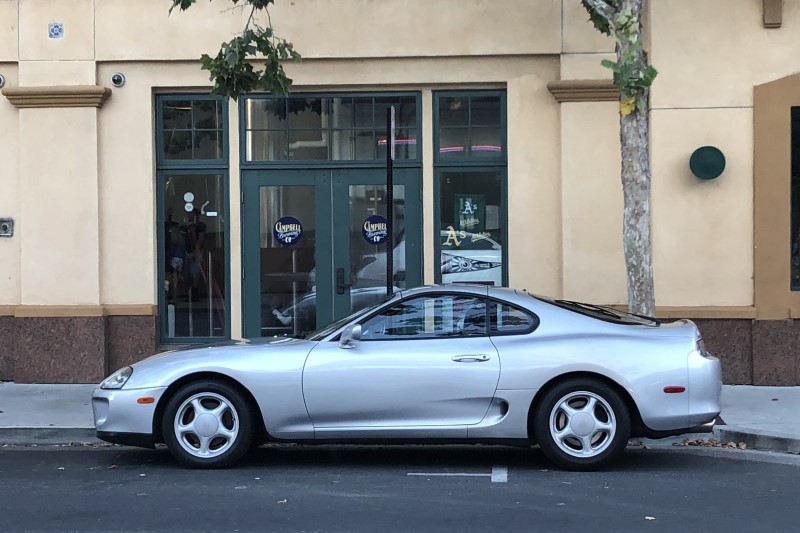 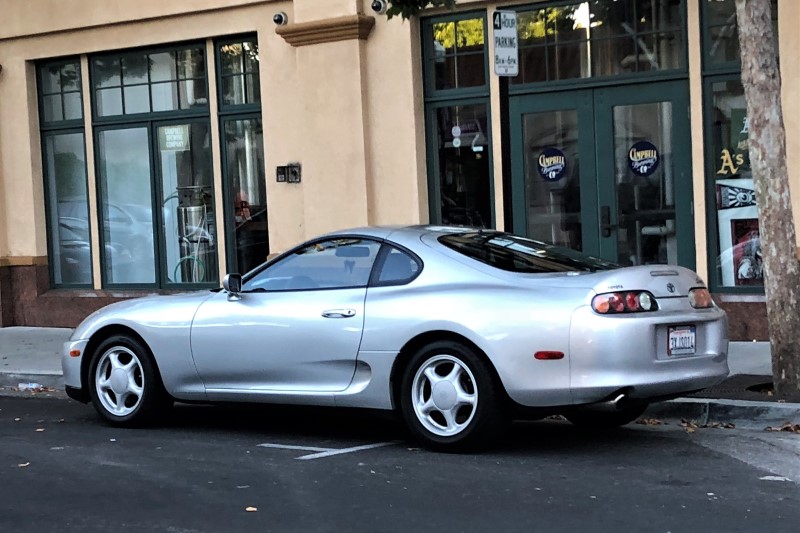 The Toyota Supra began life in 1978 as an offshoot of the Celica sports hatchback. It was a longer, more luxurious car that featured an inline six engine in place of the Celica's four. It served as a halo car of sorts for the Toyota lineup, a platform for developing new technologies that would later become commonplace in other Toyota vehicles and the industry at large. Things got interesting in the early '80s when Toyota bolted on a turbocharger and the Supra really hit its stride.

With the fourth generation Supra came the famous 2JZ inline six engine from the Toyota Soarer and Lexus SC300. This model was sold from 1993 until 1998 in the US. The new car was available with twin turbochargers, an aluminum targa roof panel, big rear spoiler and 17-inch wheels. Turbo cars could be had with a Getrag six-speed manual, still an uncommon feature in cars of the early '90s. This Supra was an advanced platform engineered for light weight and a near perfect 51/49% front/rear weight distribution for balanced handling. Turbo models were understandably more front-heavy but still managed 53/47 distribution. The automatic transmission option added only 55 lbs. The car had some of the best brakes on the market, setting and holding Car & Driver Magazine's record for 70-0 mph braking for 10 years from 1994 to 2004. 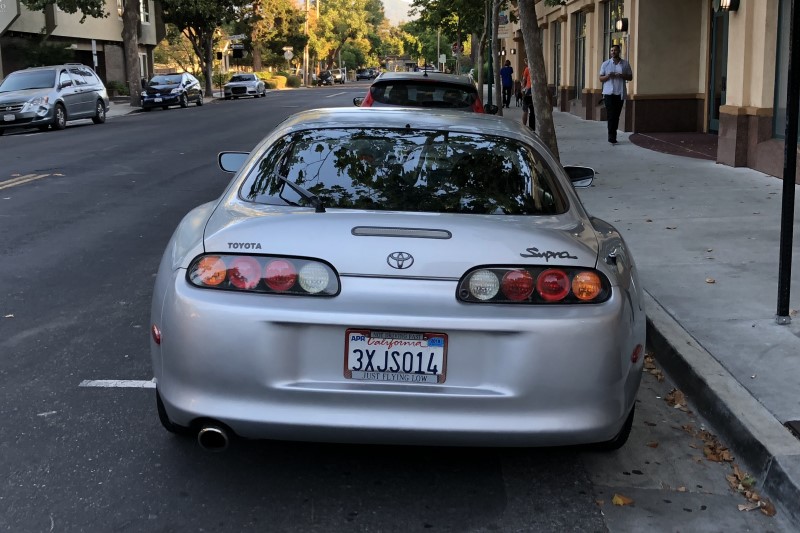 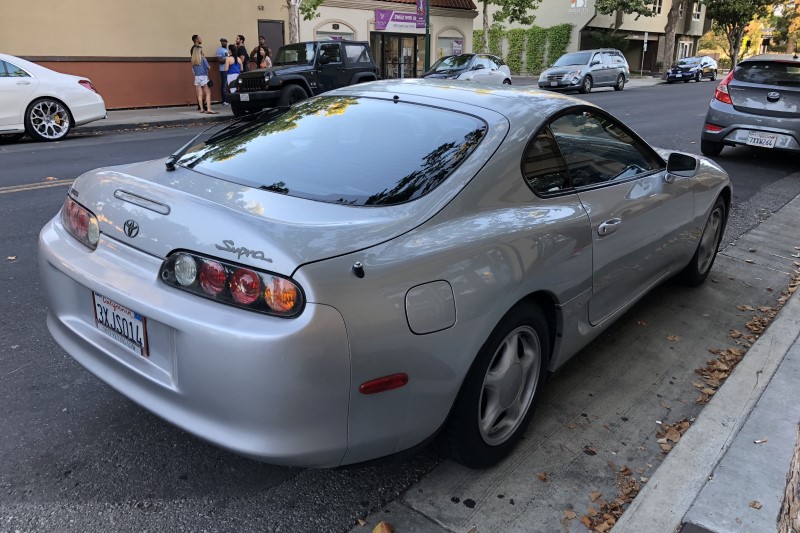 This example represents a base model Supra from the first year of this generation. It is a non-turbo, automatic car, unmolested and well kept. Even in California it's rare these days to find a fully stock Supra. Being a naturally aspirated car and especially an auto, both are deterrents to the tuner crowd. A stock Supra can sell for big money, especially a Turbo. As I type this, there is a 1996 automatic Supra Turbo for sale on Craigslist in my area with an asking price of over $65,000. 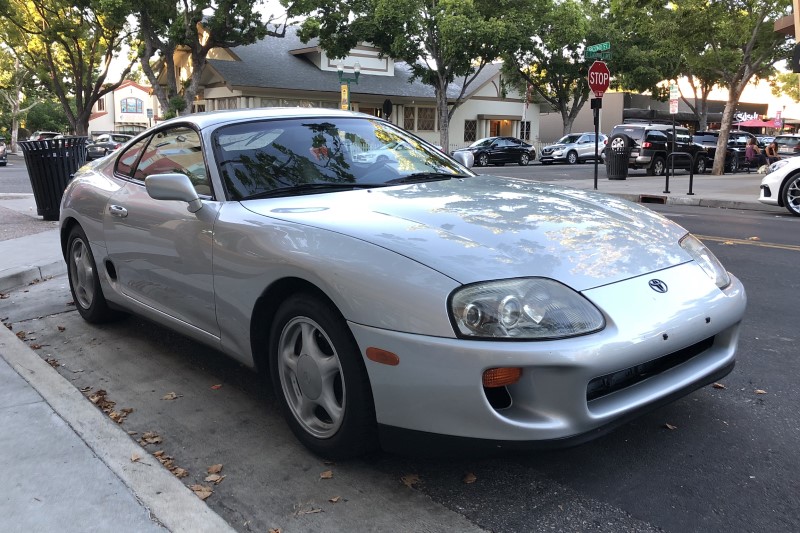 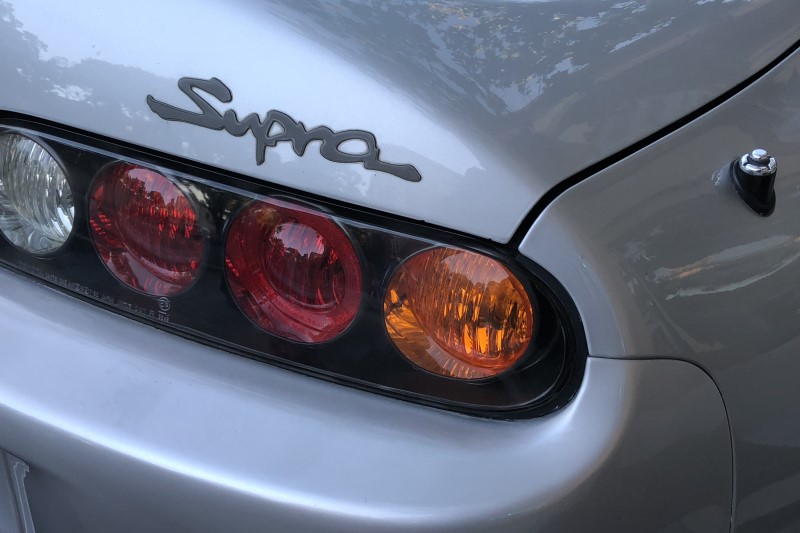 I found myself drawn to this one of course because it was clean, sedate and so pure. The fact it is the less "desirable" model actually makes it special to me, since its owner valued it enough to take care of it and it wasn't torn up to make yet another clapped out "fast and furious" ride with a knockoff Veilside body kit, aggressive offset wheels and a fart can.

Today you can again buy a Toyota Supra. You can still get it with a 3.0 liter turbo inline six, but this time the engine and basic chassis come from BMW and no stick is offered. The 8-speed ZF automatic makes short work of acceleration though. I'm torn on the new car. It's ridiculously quick, faster than the old Supra Turbo. But it just doesn't do anything for me. There's something comforting about the simple, sculpted curves of a '90s car. The new one is so complicated and fussy that I feel like something got lost in translation. Perhaps one day it will also become a modern classic. But I also think that these Mk IV Supras will only continue to go up in value.

Photographed July 2018
Posted by Jay Wollenweber at 12:00 AM