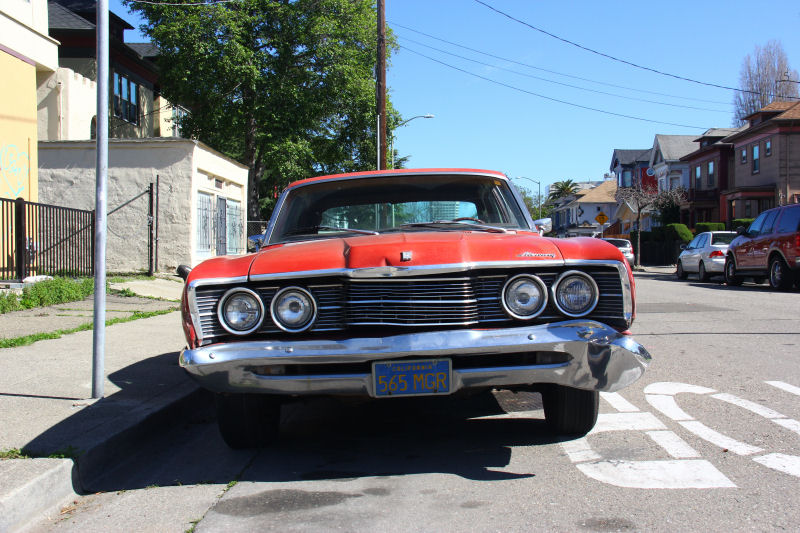 The United States of America celebrates another birthday today, and in honor of Independence Day I usually publish posts celebrating offerings from independent American automakers. I call it Independents' Week. Unfortunately I don't get out as much as I used to, and my archives are fresh out of American independents. So, instead, I have a star-spangled collection of ... well, defunct American brands in the colors of Old Glory. First up is a red Mercury Montego sedan. 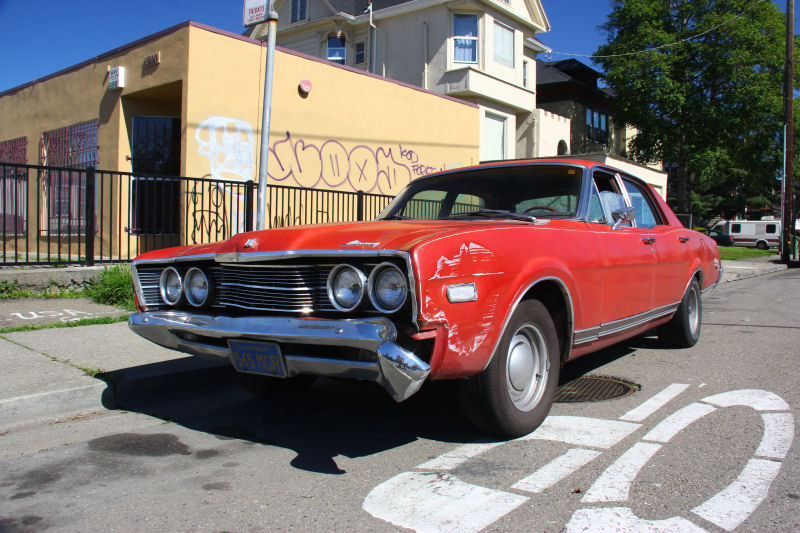 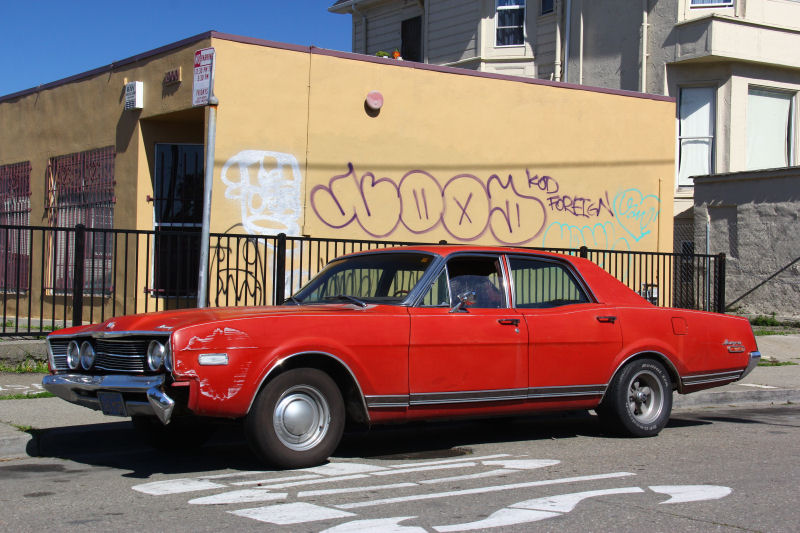 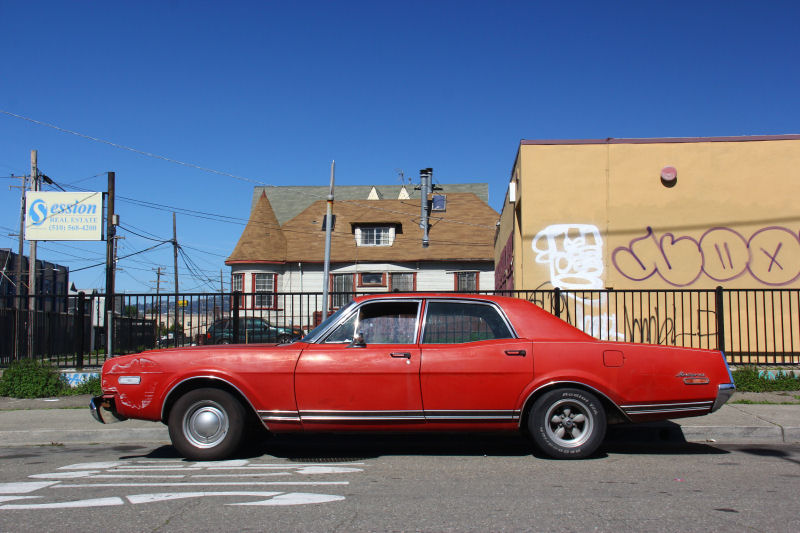 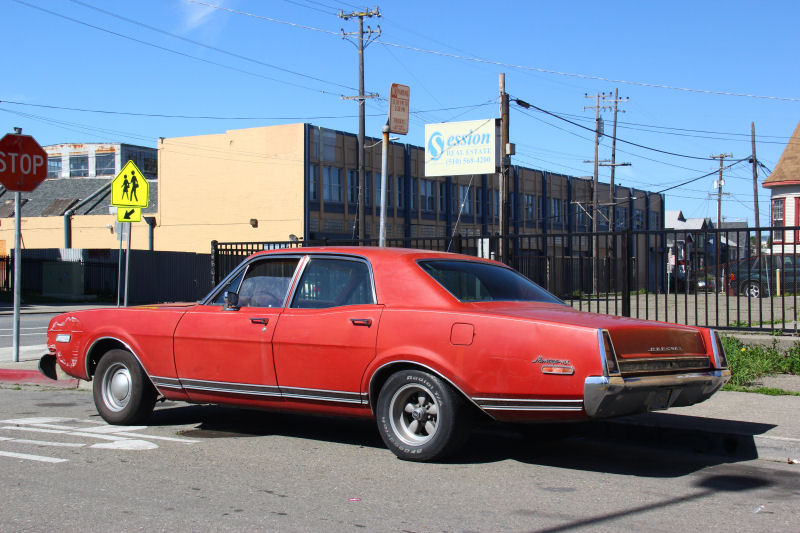 Two of my friends used to live in Oakland and we loved going to the flea market sometimes on Sunday mornings. Every so often I'd feel brave enough to shoot cars on the streets in the area afterward. This survivor '68 Montego showed up one day and found itself in my viewfinder. The Montego was an upgraded version of Mercury's Comet, which by 1968 had grown from a compact Falcon into a rebadge of the intermediate Ford Torino. The Montego MX was an upper-middle trim level. Standard engines for the Montego MX included a 200 straight six or 302 small block V8. A 390 Marauder high-performance V8 with two- or four-barrel carburetor was an extra cost option. 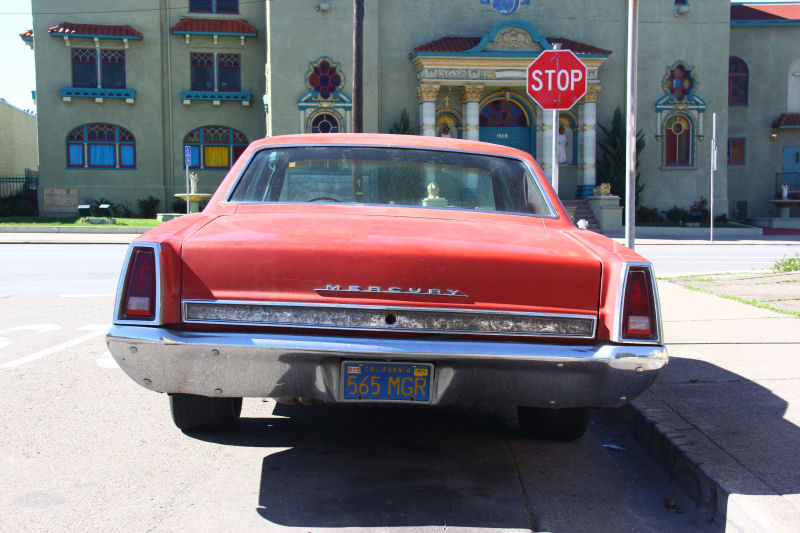 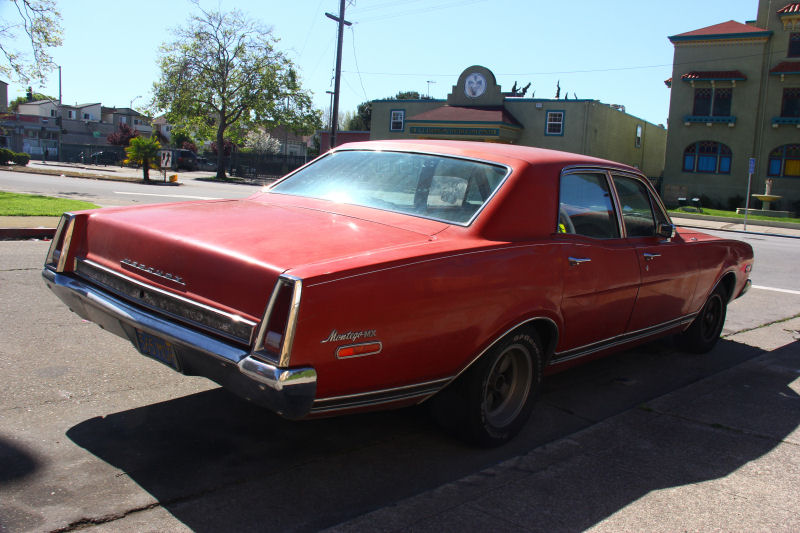 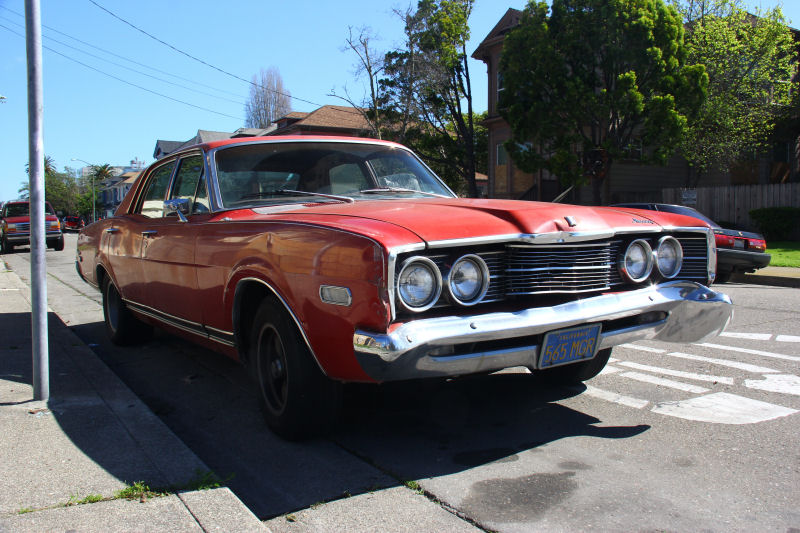 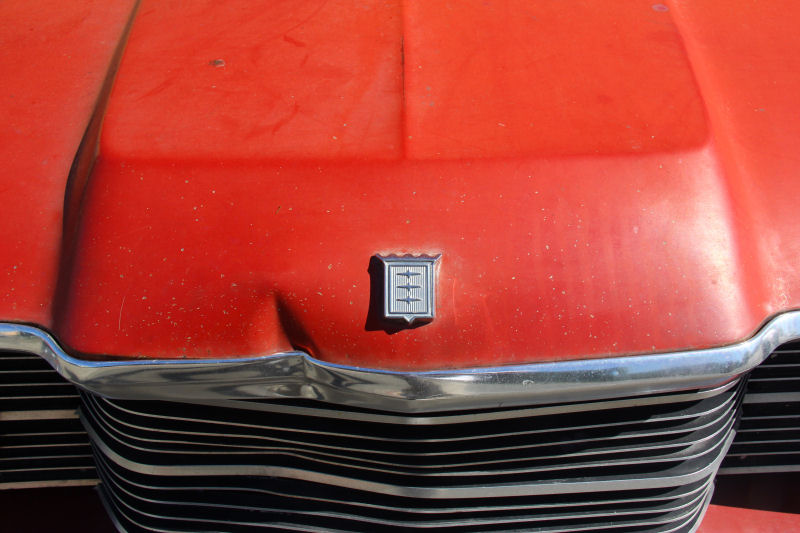 The Montego was a rather nice family car in its day. A variety of vinyl upholstery options, thick carpeting, sound insulation and simulated walnut interior trim bits adorn the interior. A Coke-bottle beltline and sculpted wheel arches with a strong crease along the body give it a bit of style, while the front end shape with jutting grille and loop bumpers, lends it a familial Lincoln-Mercury look to set it apart from the more flat-faced Torino. Curiously the rocker trim appears to have a simulated woodgrain texture to it. 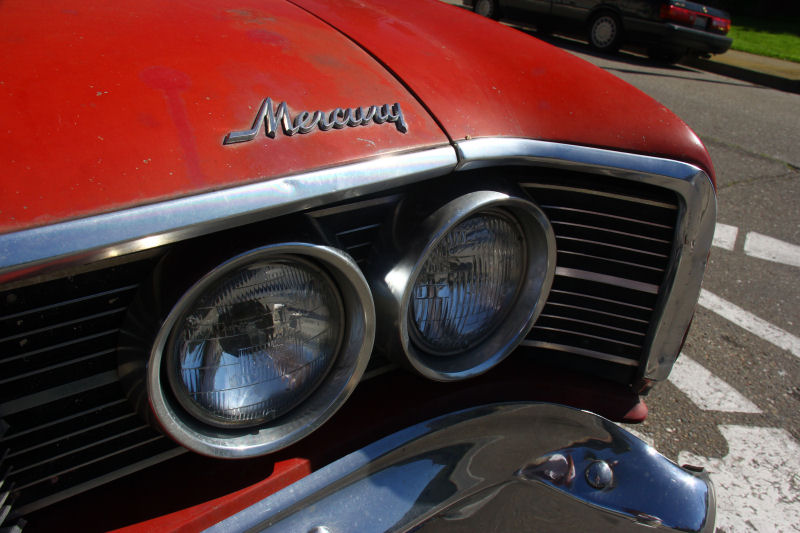 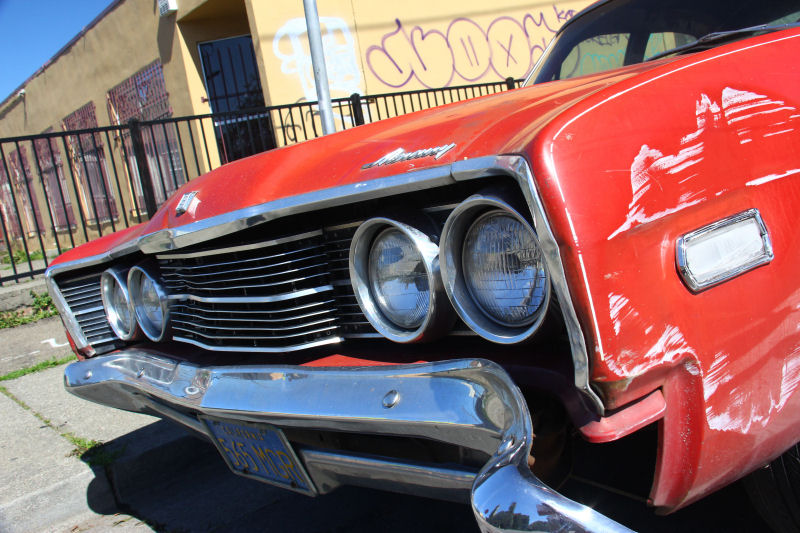 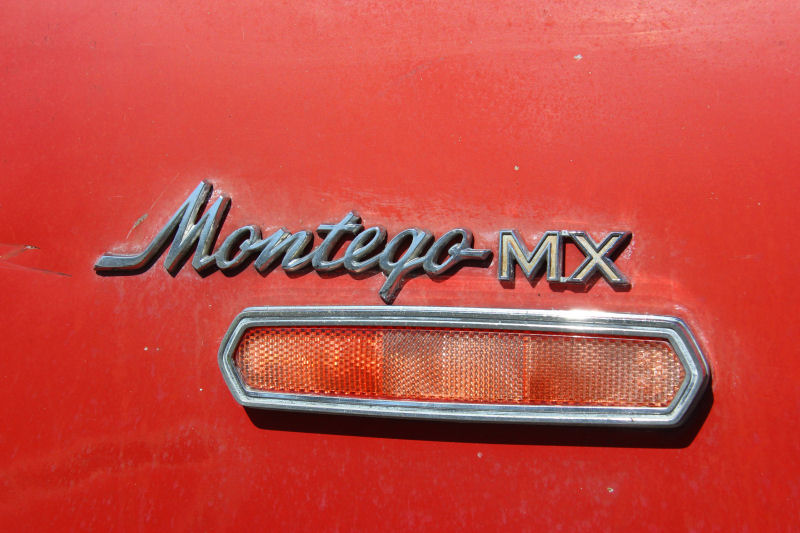 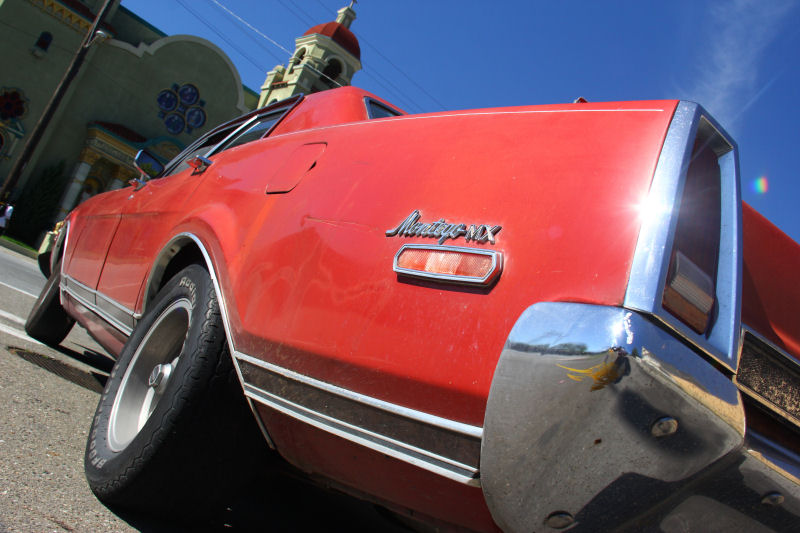 This example has been well-used but has endured despite it all.The small smoothie hubcap on the front wheel is an unusual contrast to the other three American Racing Classic 200S style mag wheels with white letter tires. I like that the license plates date back to the 1970s. The Montego MX is getting to be a rare beast and not many people save old family sedans from oblivion. It's good to see this one being used still.

To all my readers, have a safe and happy 4th of July! Please check back soon for the rest of this week's series!