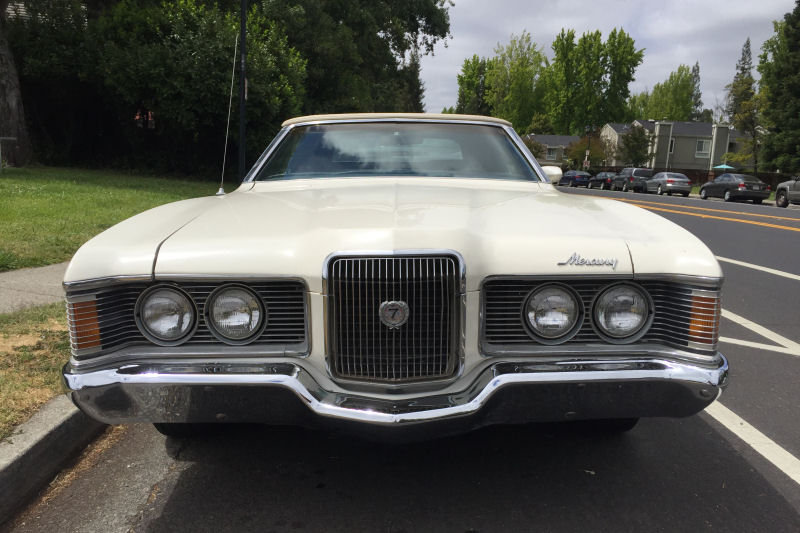 This week we're celebrating Independence Day a little differently from how we usually do it at California Streets. Instead of featuring cars from defunct independent American manufacturers, I'm featuring defunct mainstream American brands in red, white and blue. Representing the color white today is this 1972 Mercury Cougar XR-7 convertible. 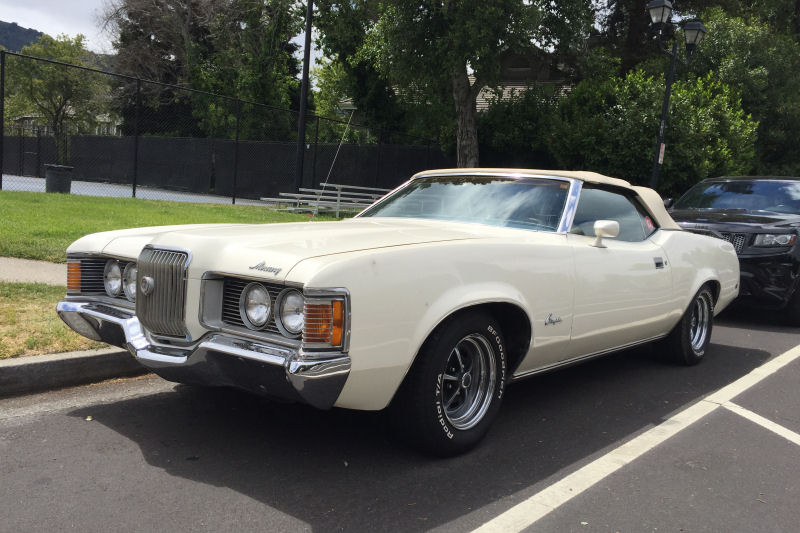 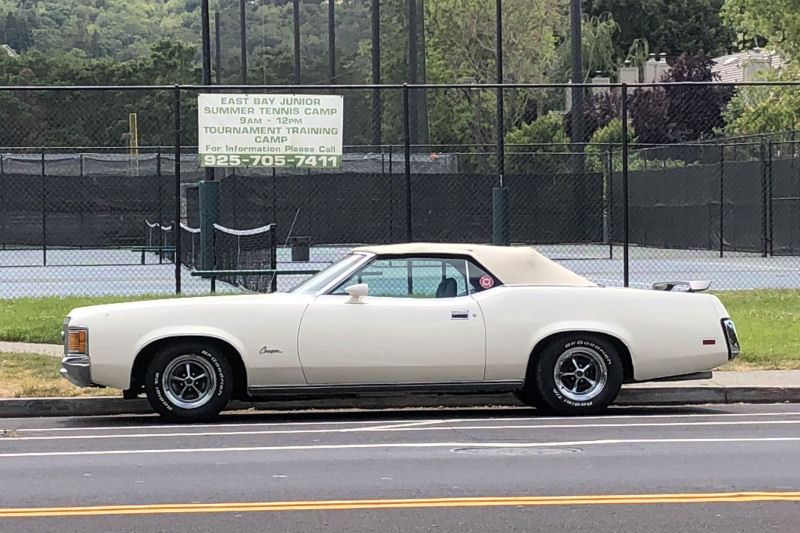 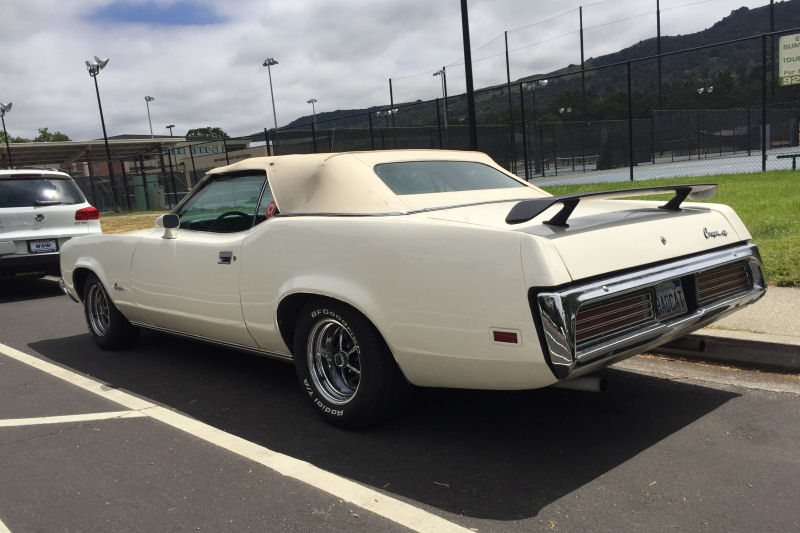 Nearly every car person recognizes a first-generation Cougar. The trademark "electric shaver" grille divided down the middle, and hideaway headlights are classic design features. The body resembles a smoothed-out, slightly more European flavored version of the Ford Mustang upon which it is based. Cougars were designed from the beginning to be a step up from the Mustang in luxury, if not always in performance. 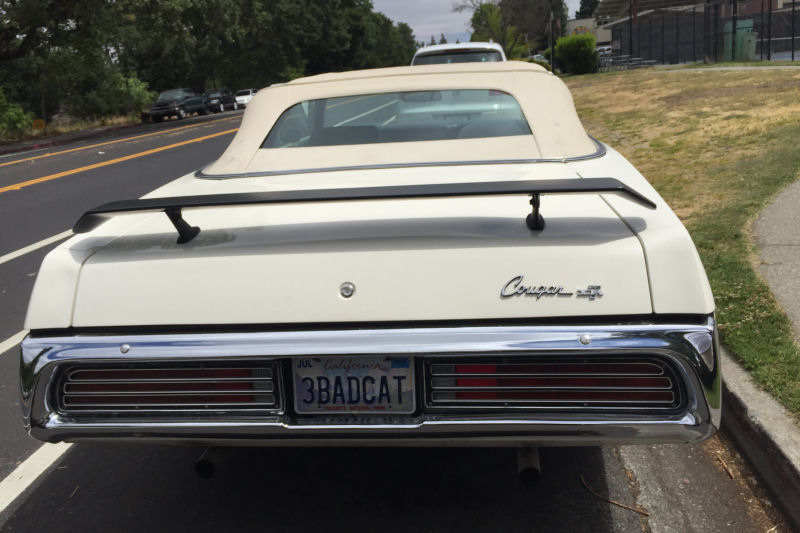 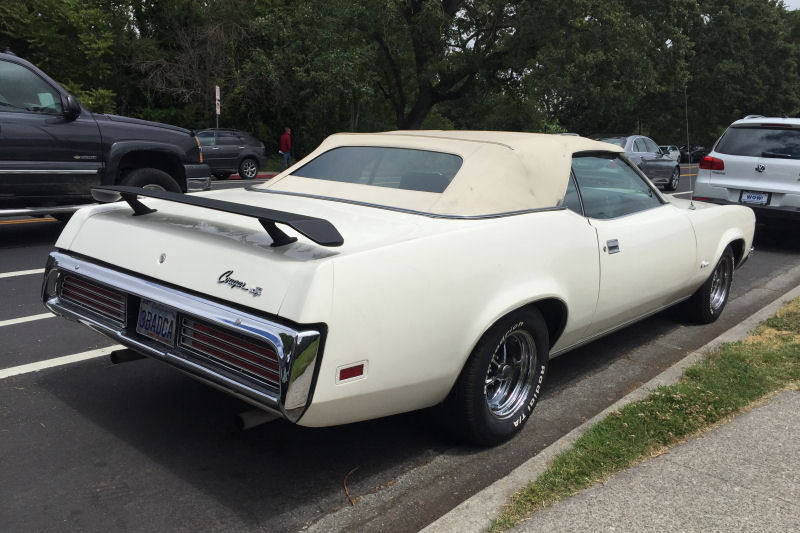 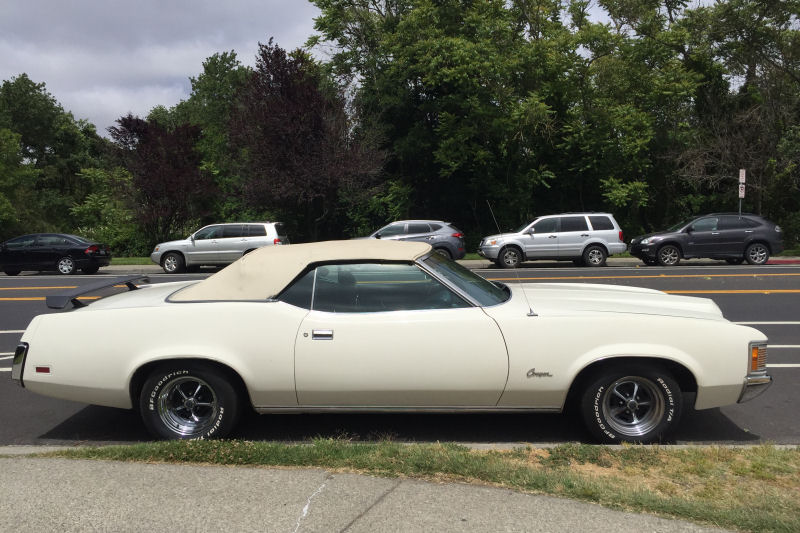 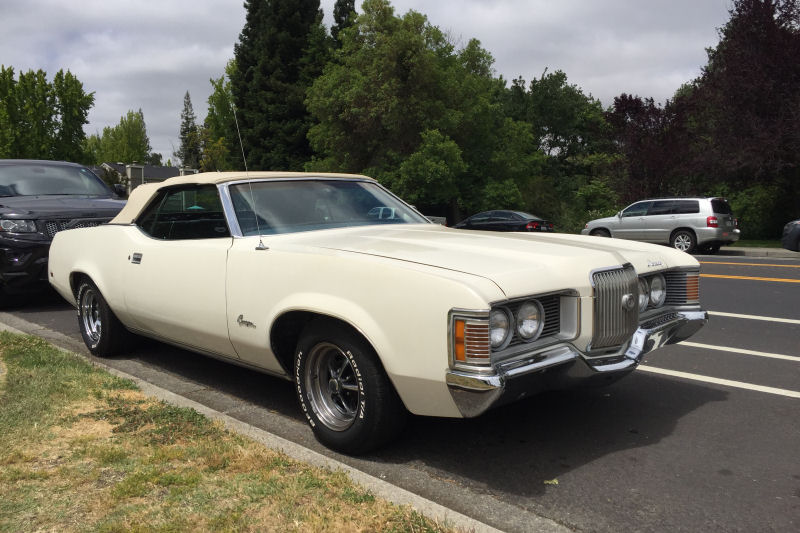 Yes, well... this is the second generation Cougar, based on the new-for-1971 "Boxstang". It's a different animal from the 1967-70 Cougar. The midsection differs very little from the Mustang but the front and rear ends are more formal. It's the product of a decade where new smog rules and prohibitive insurance costs forced the muscle and pony cars of the 1960s to adapt or die. The new market climate was focusing on personal luxury with a little sport left over. So cars were bigger and stuffed with a lot of features to make them look and feel nice, give comfort to passengers and try not to melt the ice caps quite as much in the process. By 1972 that meant no more big block V8s. It still meant you got a 351 V8 standard, though (with all of 168 horsepower on tap), and could buy a 4-barrel Cobra Jet version of the 351 that might be able to push you back into those standard high-back bucket seats like the old days. 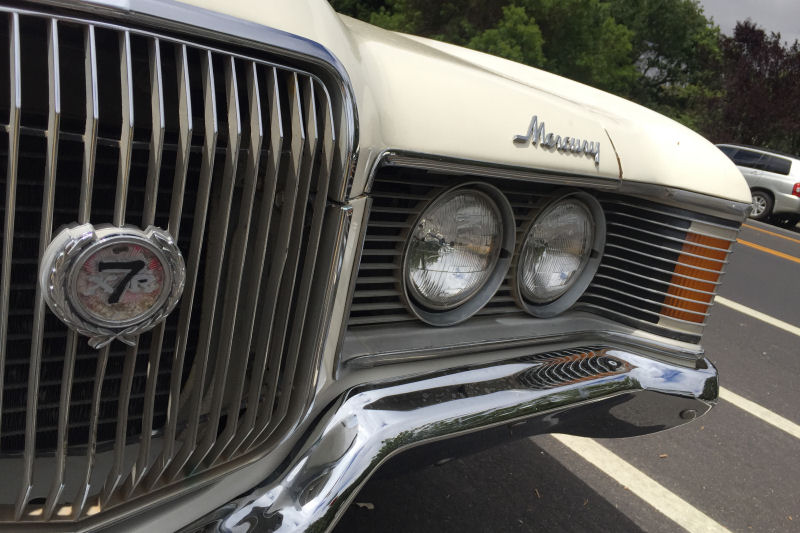 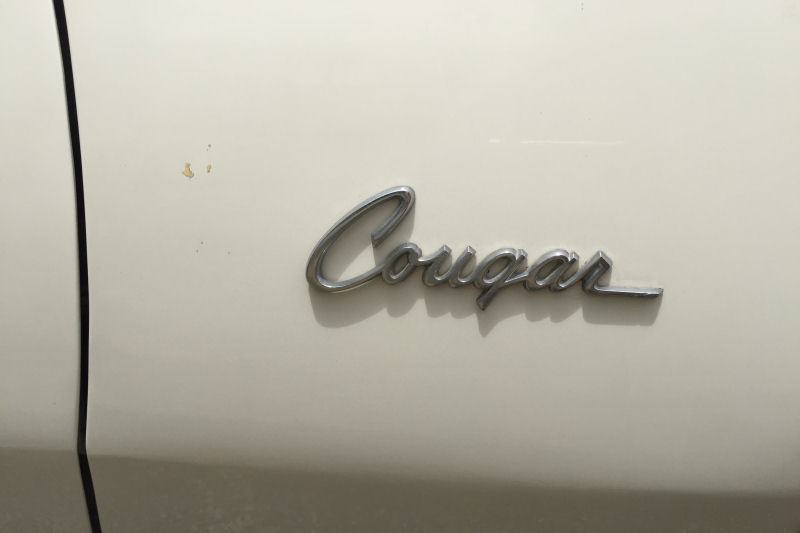 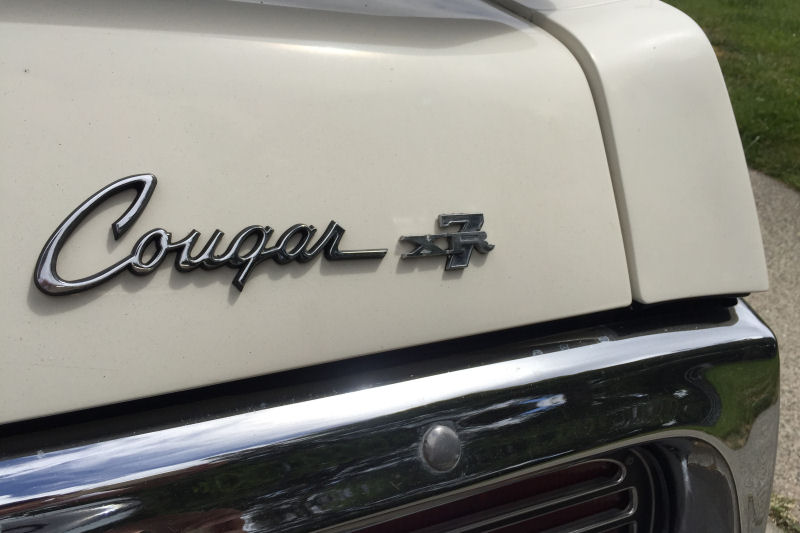 Most Cougars were hardtops and a good number of those were base models. The fancier XR-7 trim accounted for about half of all Cougar sales in 1972. How rare is the convertible? The Cougar Club of America lists 1972 convertible production as 3,169 total, with 1,929 of those being XR-7s.
This one looks resplendent in white over white with a black interior. In an era of vinyl everything, it was possible to get an XR-7 with real leather seats. This one appears to have had a wheel swap from the original 14-inch jobs. I don't think that these ever came from the factory with Magnum 500 rims (at least not in '72) but they're a popular addition and they look fantastic. The white-letter radial tires complete the muscle car stance. Out back, a matte black spoiler resembles something off of a Mustang Mach 1 and is decidedly more aggressive than anything shown in the '72 Mercury brochure. As the license plate suggests, this Cougar is indeed a "Bad Cat".