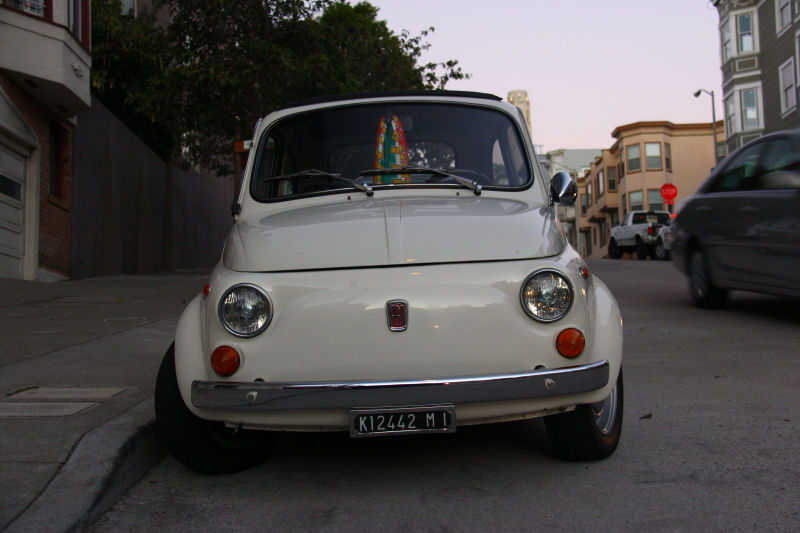 This is the third classic Fiat 500 we've looked at here, and the third to have been photographed on the streets of San Francisco. This one is fairly interesting, since it participates in the annual California Melee road rally and other events. 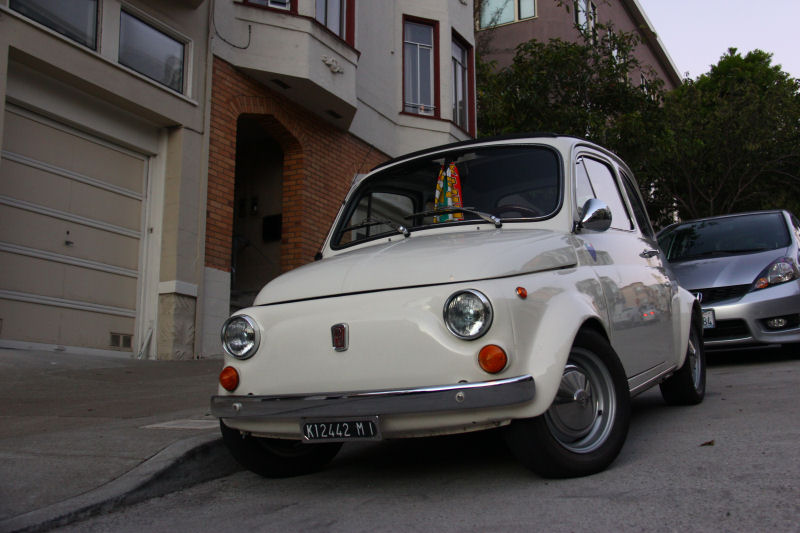 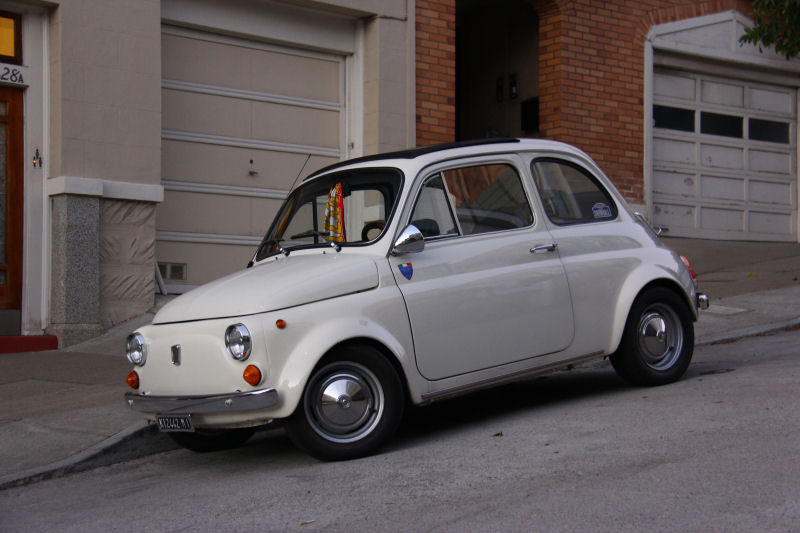 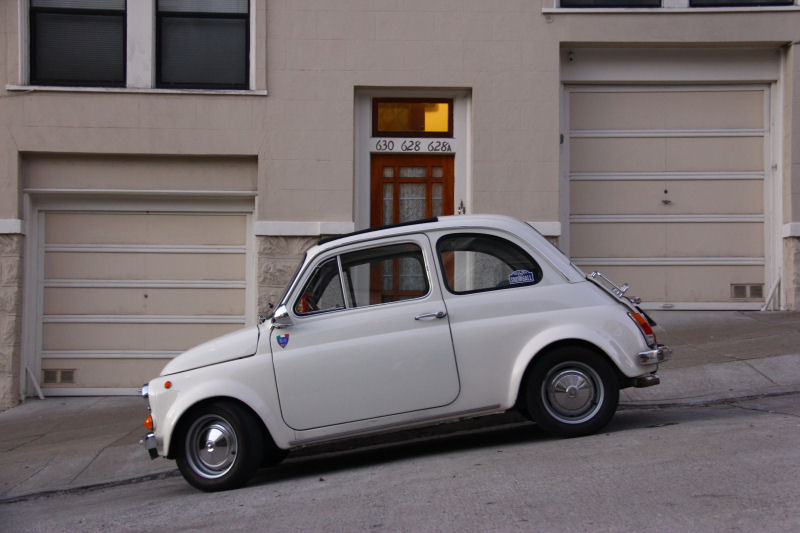 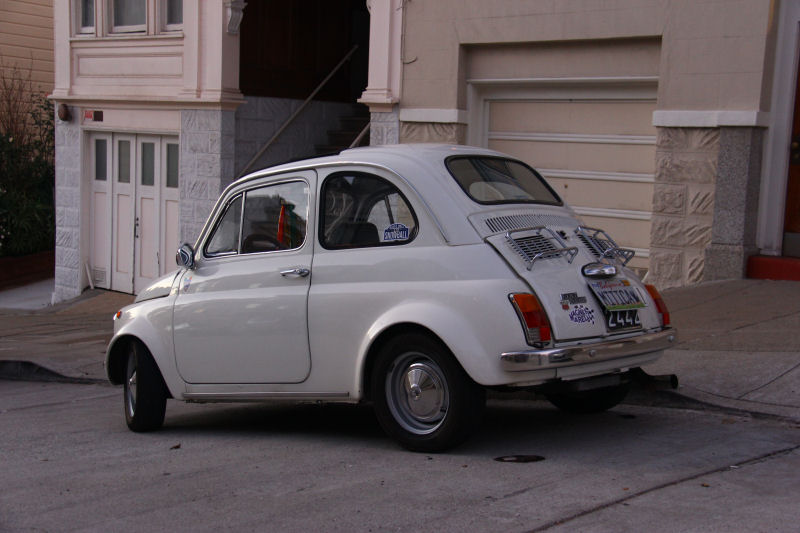 The Melee is a nearly thousand-mile touring event held on California back roads as a budget alternative to the upper-crust California Mille, which costs some $5000 per vehicle and is limited to pre-1957 cars. The Melee attracts some of the rougher and/or weirder old European cars as an opportunity to not take itself seriously and allow people to just have fun. This '71 Fiat does take itself a bit seriously, though, because it has an alter-ego for "racing". The owner has a full bolt-on rally setup including alloy wheels with sport tires, large accessory foglamps and minimalist bumpers. 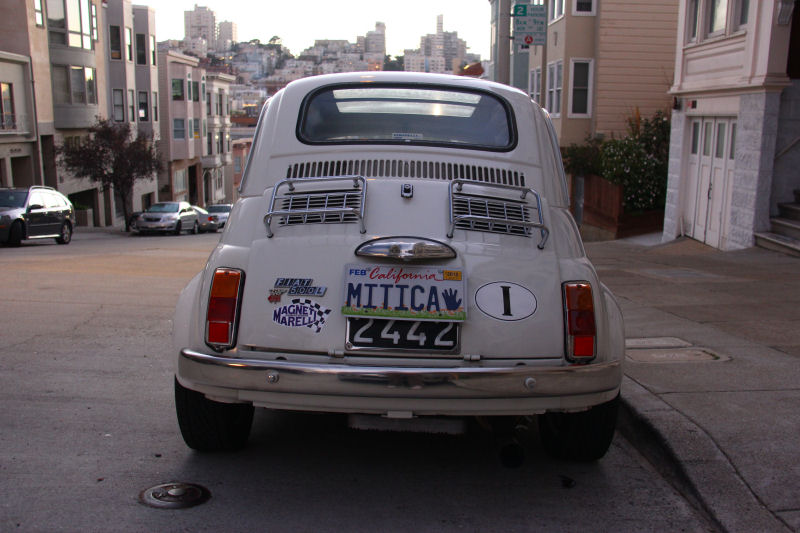 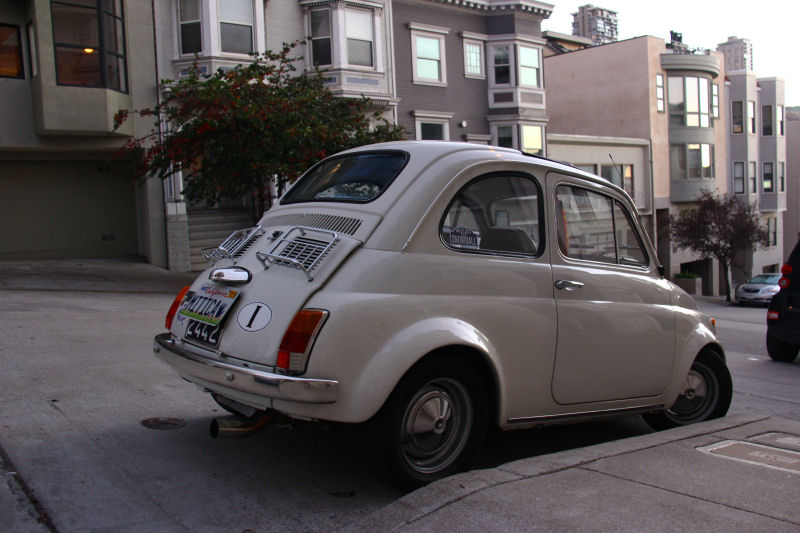 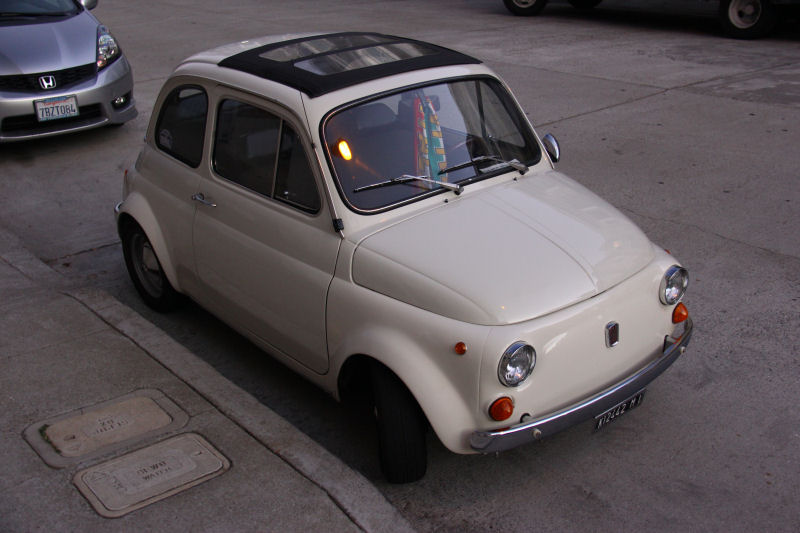 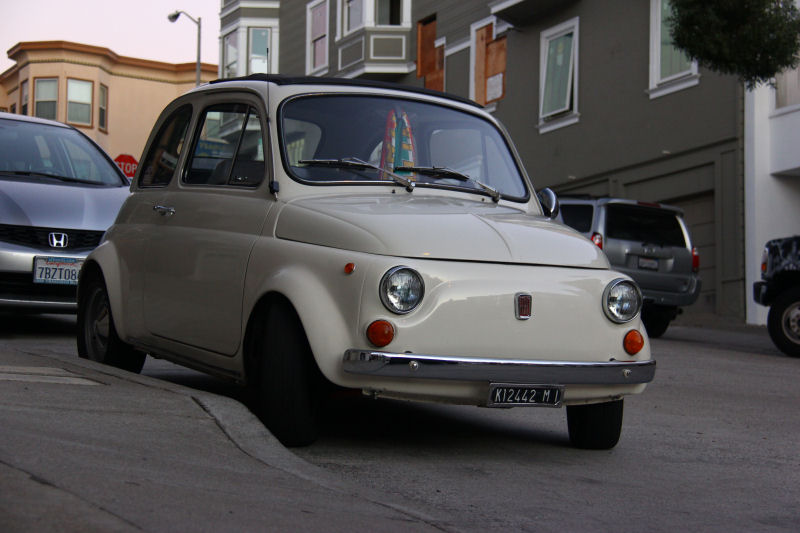 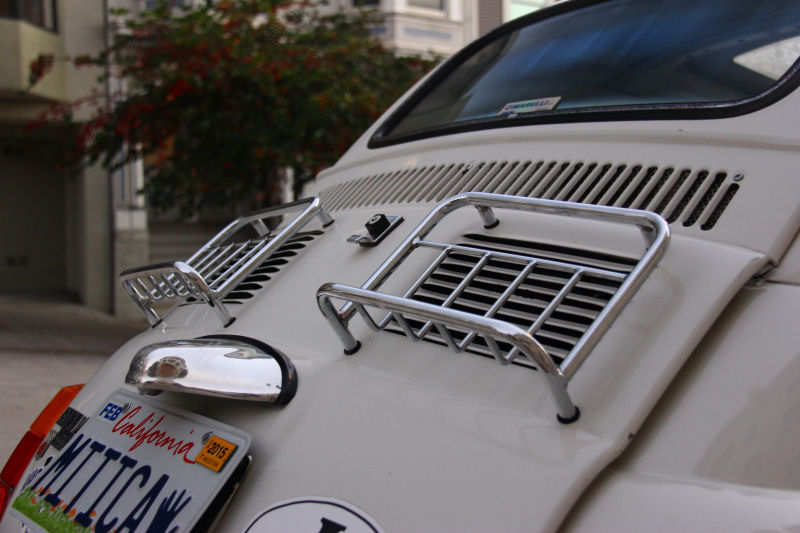 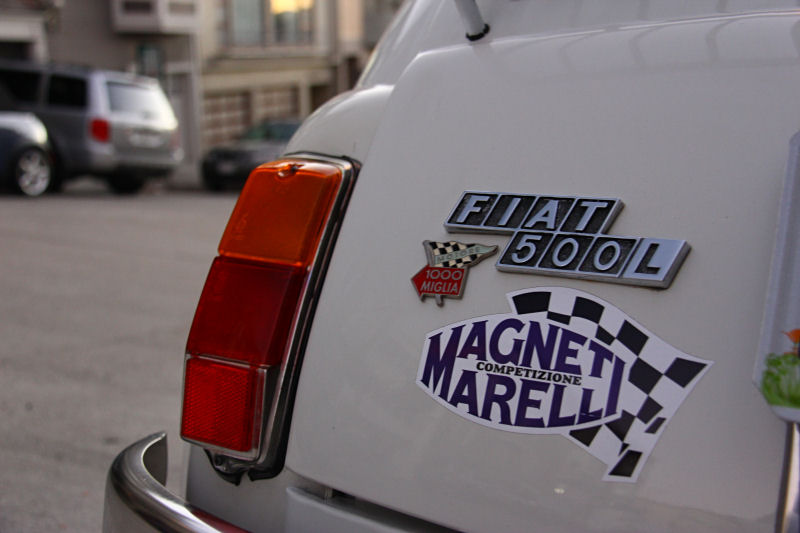 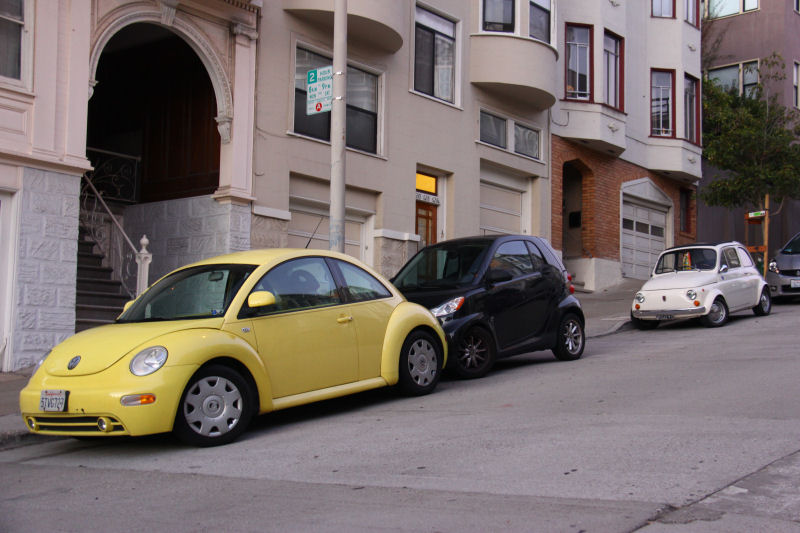 When not screaming down back roads, the 500 looks like a docile little Italian supermini optimized for urban parking and west coast sunshine. I like the subtle white paint and fundamentally stock appearance, with just a few stickers to hint at its potential. I imagine that with wider touring tires this little car is a ton of fun to toss around.
Posted by Jay Wollenweber at 12:00 AM