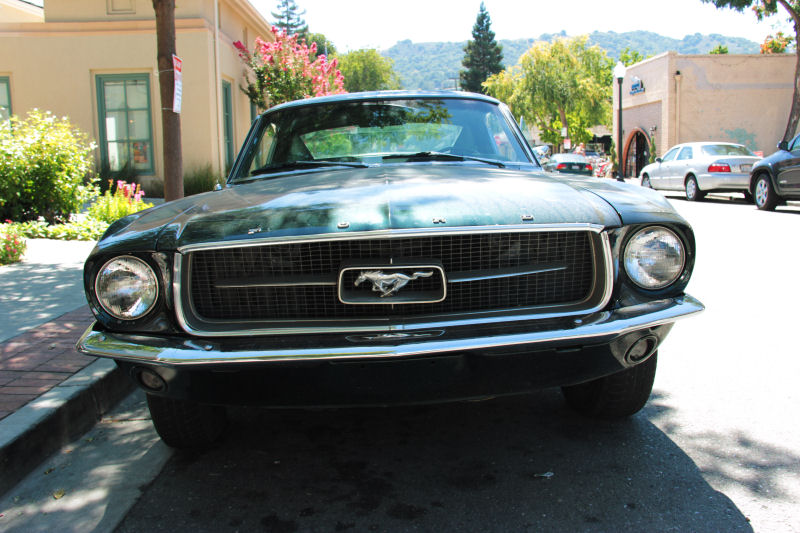 I've held off on featuring this car for a long time, because it's a dark green Ford Mustang fastback. Why? Because it's March 24, and that's Steve McQueen's birthday. He would have been 85 this year.


Steve McQueen was an actor famous for his role in Bullitt, a police film whose most notable feature is a spectacular car chase through the streets of San Francisco, involving Frank Bullitt's 1968 Mustang GT fastback and the unnamed assassins' black 1968 Dodge Charger R/T. If you haven't seen it, quit reading and go look it up. At least YouTube the chase. Then come back. I'll wait. 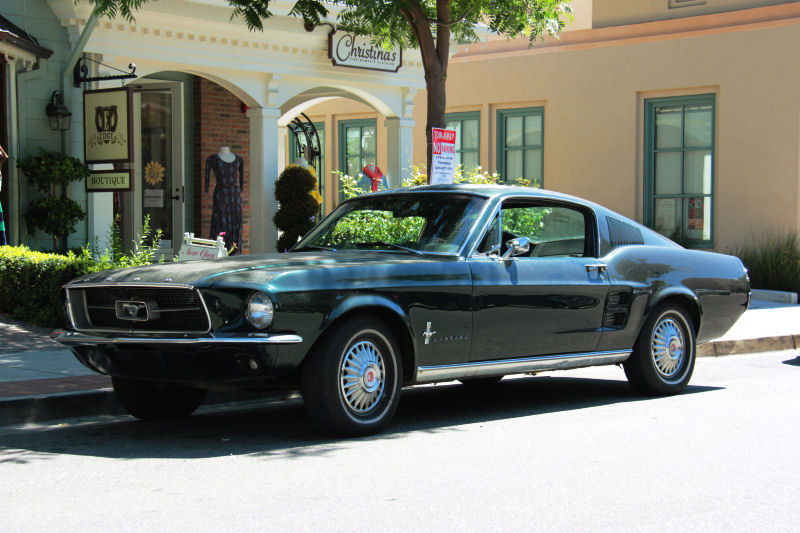 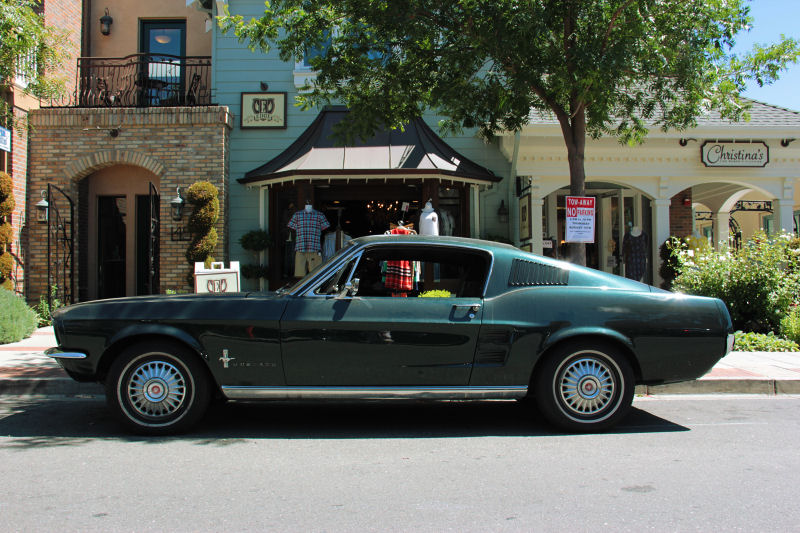 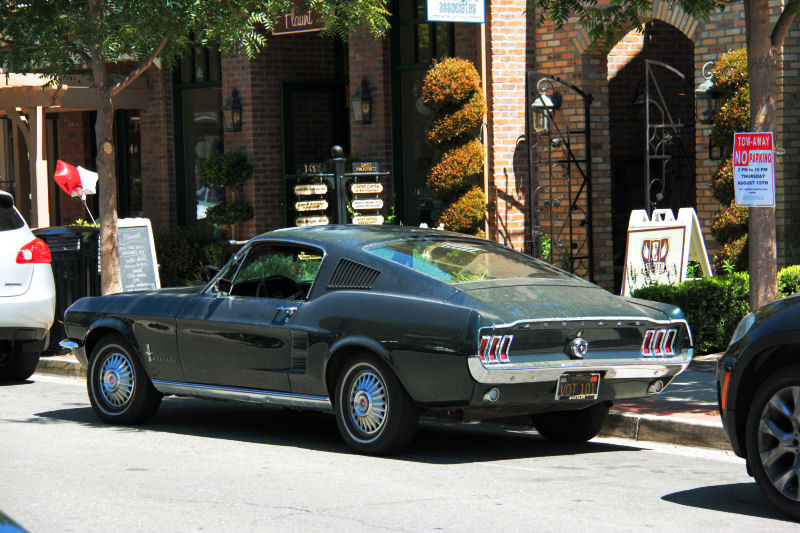 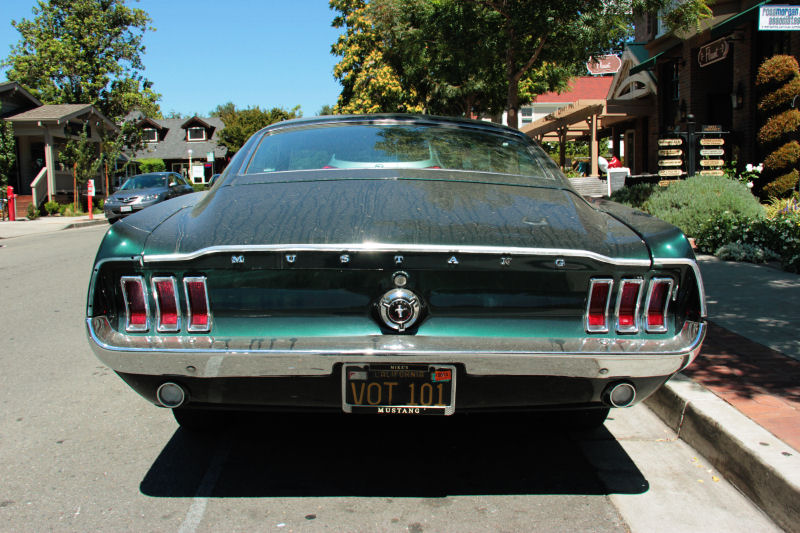 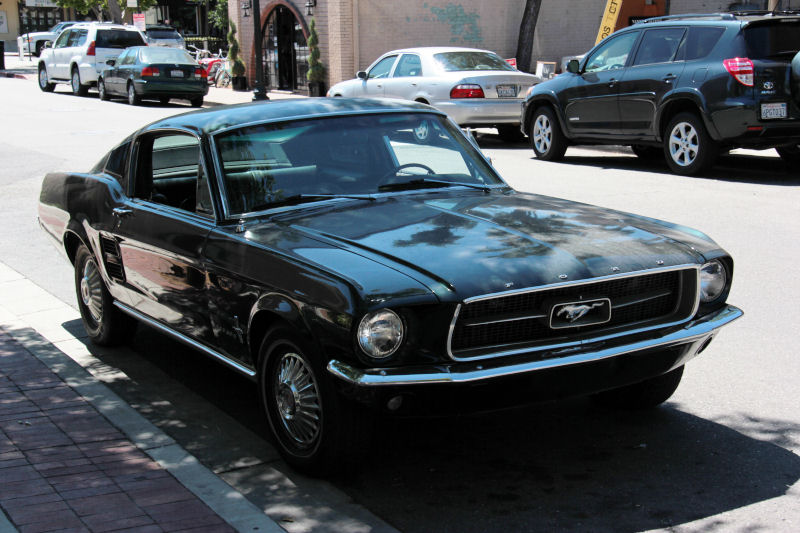 This is not the Bullitt Mustang. It's not a '68, it's not a GT and it doesn't have the 390 engine. And the color (assuming original 1967 paint) is Dark Moss Green, not Highland Green. But it's not trying to be a Bullitt clone like so many Mustang fastbacks out there, and that to me is part of its appeal. 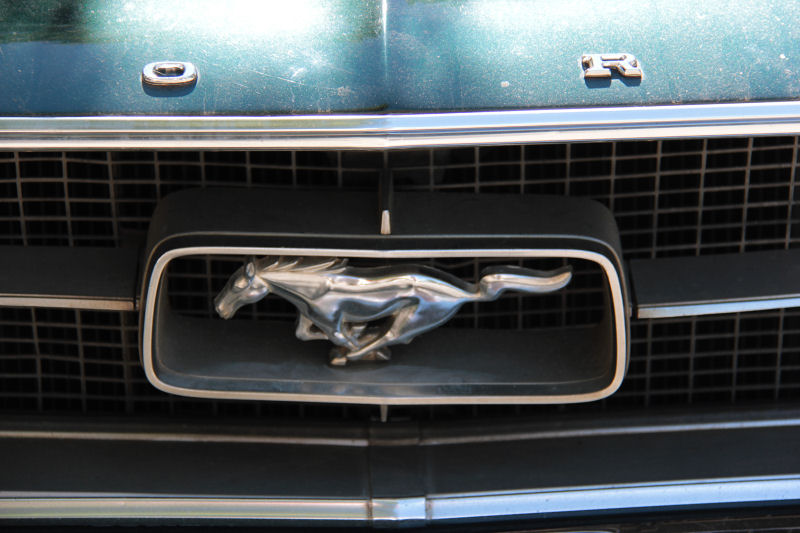 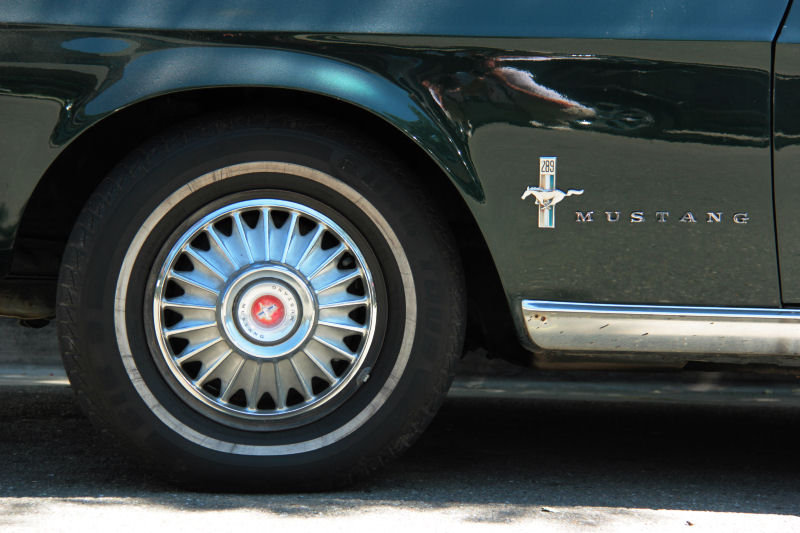 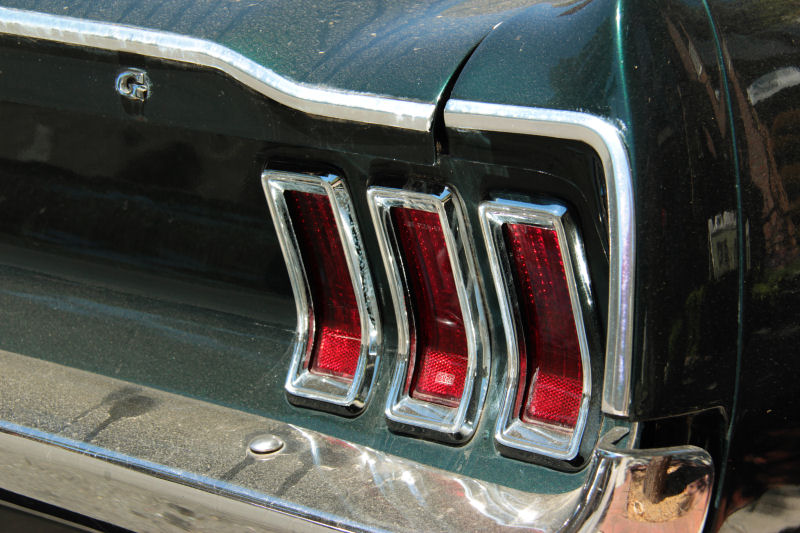 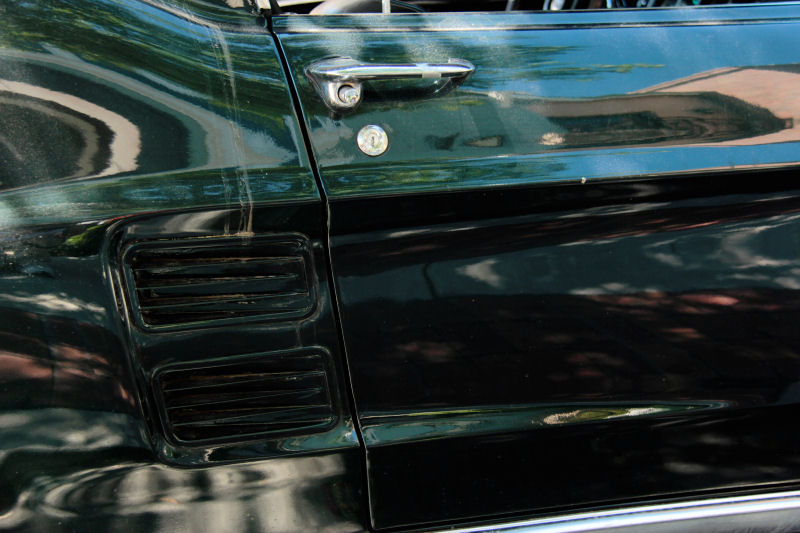 It looks like a generally well-kept original car with a small-block 289 V8, automatic transmission and black vinyl bucket seats. Visually it's all stock down to the factory deluxe wheel covers and original black plates. The thin whitewalls are a good call that match the factory option. Inside, things have been made a little more liveable with a modern stereo system. I'm a purist generally about speakers, but if you aren't cutting metal and the result isn't hideous, I can live with that. Note the crash pad on the steering wheel hub, a new safety feature for 1967. This car also appears to be equipped with a rim-blow horn, utilizing three buttons in the steering wheel spokes that are all connected at the hub by metal arms hidden behind each wheel spoke. 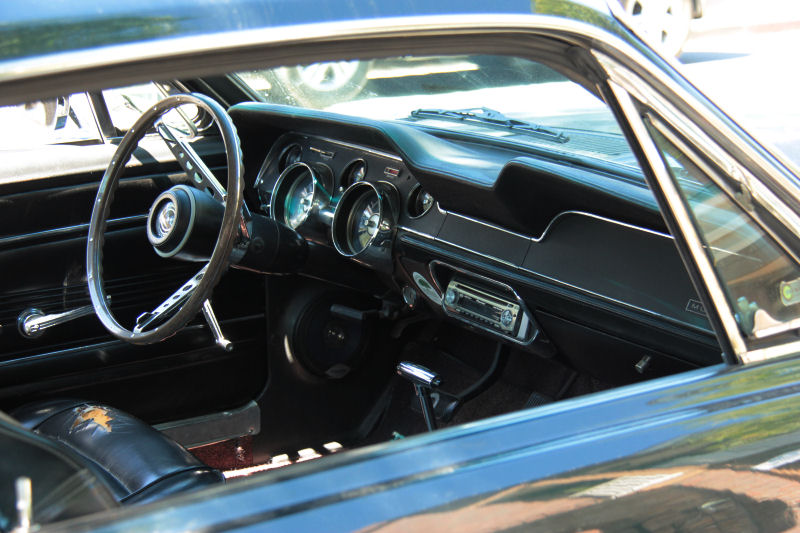 I've always been a big fan of Mustangs and yet they rarely appear on California Streets because they are so prevalent in my state. How many red '65 notchbacks do you need to see before you get bored of them? This one was interesting enough to make the cut.
Posted by Jay Wollenweber at 12:00 AM