Lincoln is known for its traditional American approach to luxury. Lincolns typically are big, softly sprung cars with thick, overstuffed couch seats and convenience options that appeal to old people. The package may include a padded vinyl top, hood ornament, whitewall tires and full hubcaps. And in the 1970s, it seems Lincoln's running gimmick was hideaway headlamps. Virtually every Lincoln had the vacuum-operated headlight doors, as did many fullsize Ford LTDs and Mercury Marquis. It added a little uniqueness to an otherwise slab-sided car whose only curves were the wheel arches and the little kick up in the beltline at the C-pillar.

The Continental sedan and a two-door coupe would be available throughout the decade, with the top trim level known as the Town Car (or Town Coupe). These were some of the last truly big Continentals, as the model would be spun off in 1981 as a smaller car slotting beneath the Town Car. 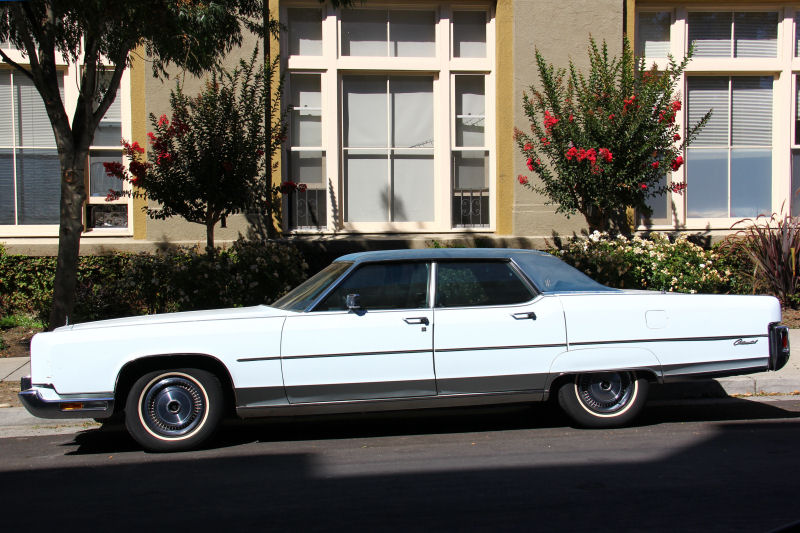 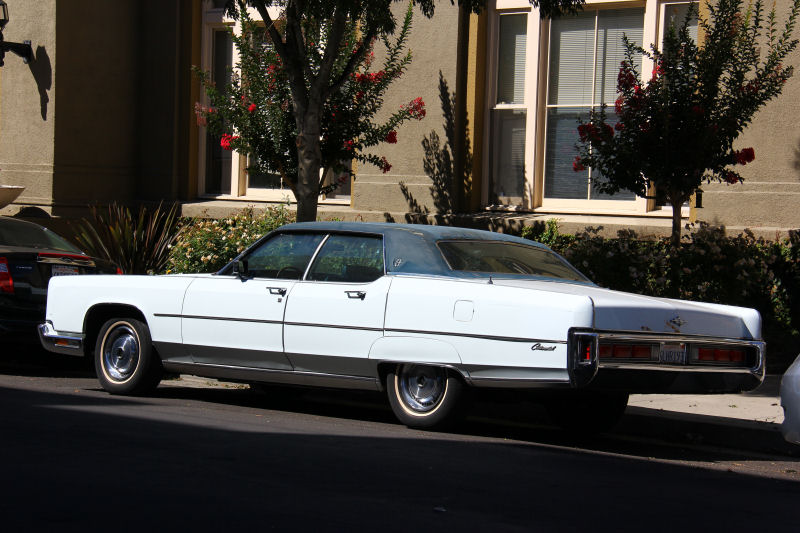 This 1973 Lincoln appears to be a standard Continental, not a Town Car. It reflects the beginning of the so-called Malaise era with its large federally mandated 5-mph front bumper, but a small rear bumper (a larger rear unit came along in '74). The vinyl roof is peeling and I don't want to know what the steel roof looks like under there. The main body is in great shape apart from the rusting trunk lid. Rust in trunks and hoods is common in cars like this. This one has some history with a past owner who served in the Navy and looks like it could be a lifelong Bay Area car judging by the Berkeley Lincoln-Mercury dealership license plate frames. The site of the dealership, 2352 Shattuck Avenue, is now a Staples office supply store. The business moved to Oakland's Broadway Auto Row as Negherbon Lincoln-Mercury in the 1980s but is now closed. 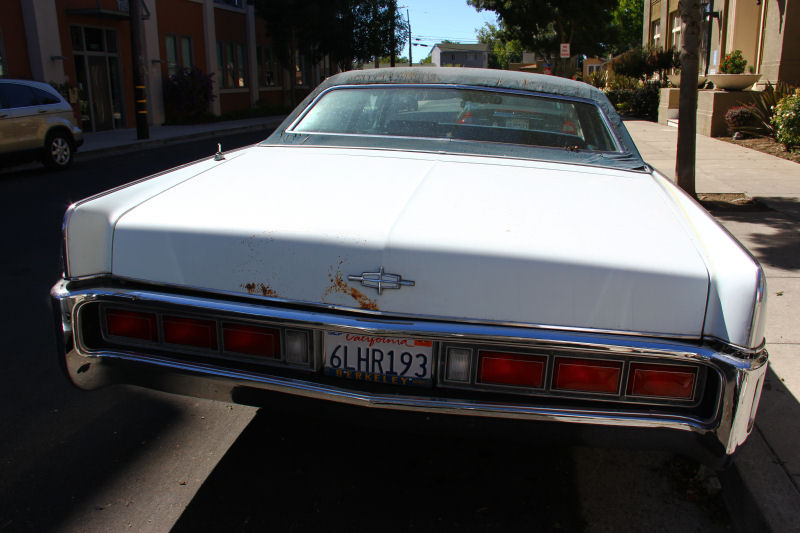 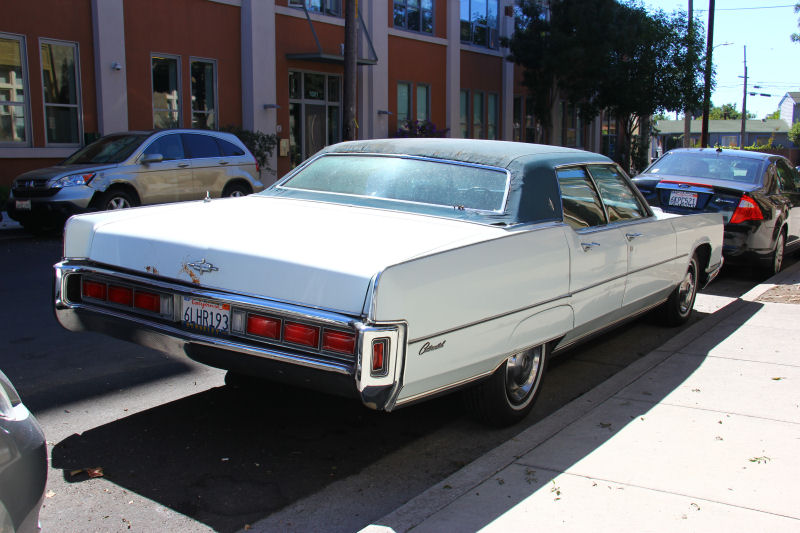 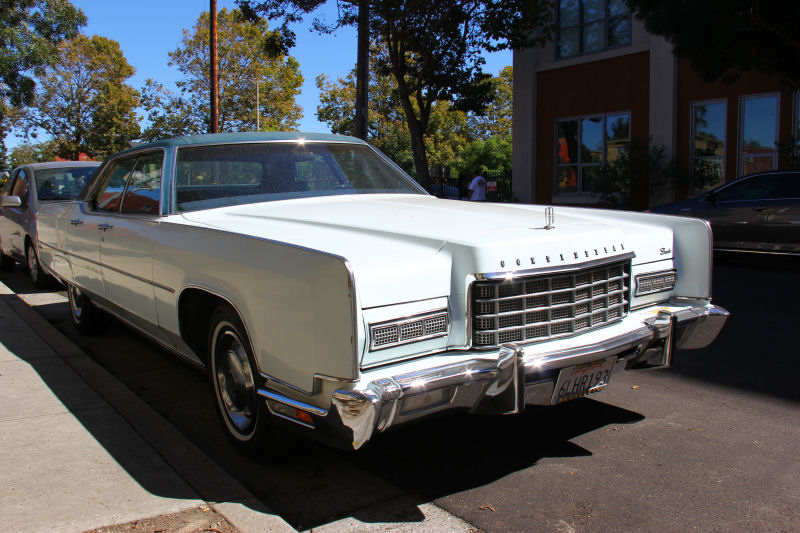 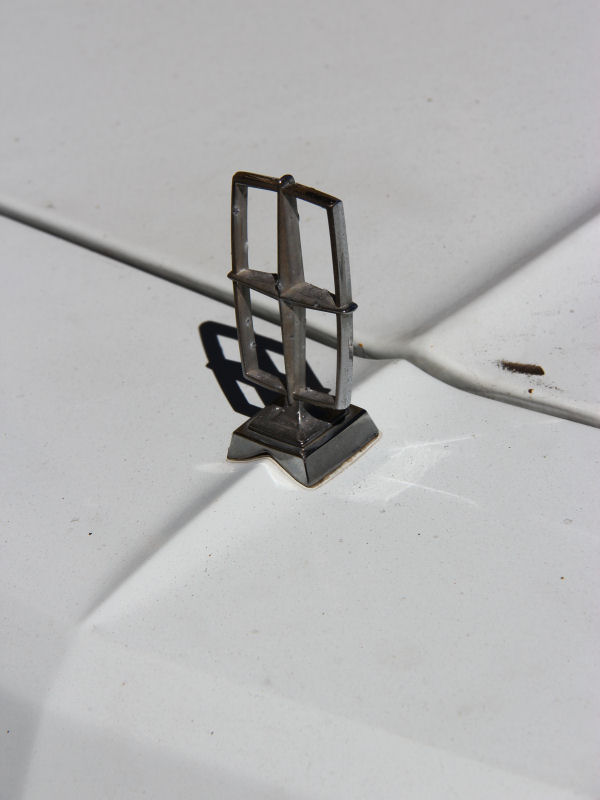 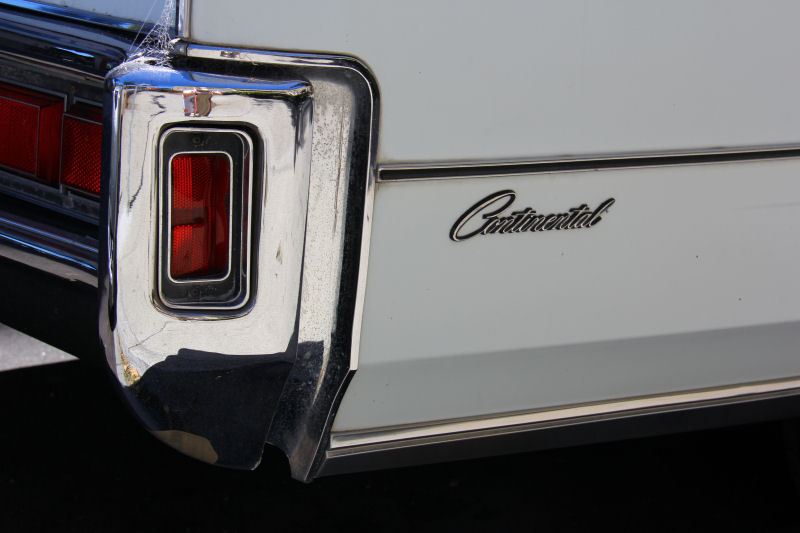 These old Continentals seem to be a popular budget choice for a classic "big car" and are a decent alternative to a Chevy Caprice or Impala of similar vintage. Whereas the Chevy is likely to end up on 26s with candy paint and a banging sound system, the Lincoln will probably be kept more stock, with little more done than some better speakers and a head unit that does more than play eight-tracks and AM radio. Or it'll end up as a beater with rattlecan black paint and spend its final days at the Pick 'N Pull by the O.co Coliseum. I'm hoping this one fares better than that.

P.S. Thanks to Google for making every blogger's life more difficult through a dirty trick, coercing users into Google+ by forcing an image "auto-enhance" feature that retroactively affects Blogger users' Picasa photo albums and ruins their image color quality and resolution. The only way to fix it is to join Google+ and manually disable "Auto-Enhance", "Auto-Awesome" and select the option to upload images at full resolution. I do not like using Google+ and only did so to protect this blog that has been a significant part of my life these past four years. Shame on you, Google.
Posted by Jay Wollenweber at 12:00 AM