Of all the cars that have come out of France, there have been very few that I liked. This is one of my favorites, a 1966 Peugeot 404 convertible. It is also an important milestone, my 150th California Streets feature. 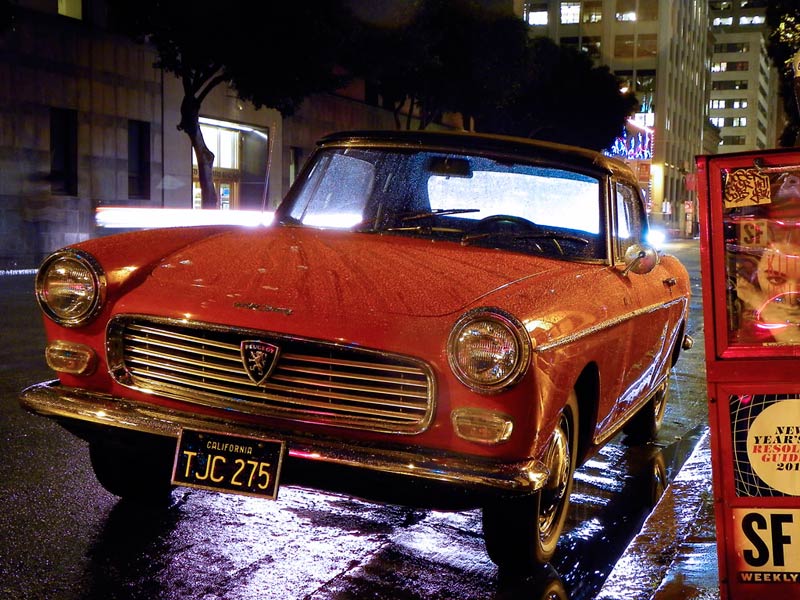 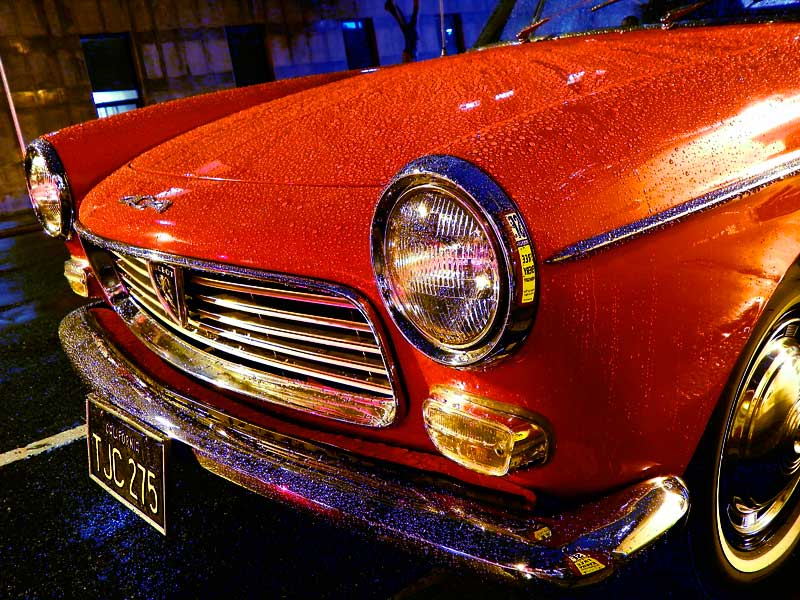 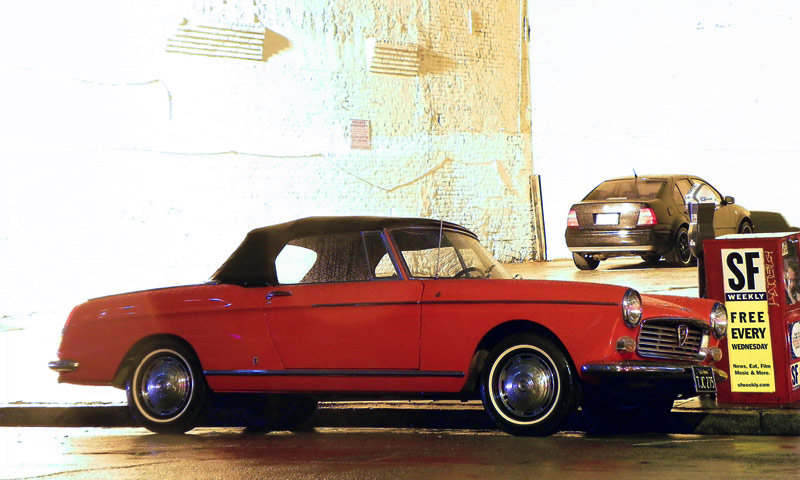 Being a night shoot, and a rainy night no less, and saddled with a backpack, no tripod and a camera that didn't like focusing in the conditions, I had some trouble getting consistent photos, and a lot of them I ended up rejecting because they were blurry and couldn't be saved. Call it a "404 error" if you will. The rest were photographed from the street curb, trash cans, corner mailboxes and whatever else I could find that was solid and relatively horizontal. 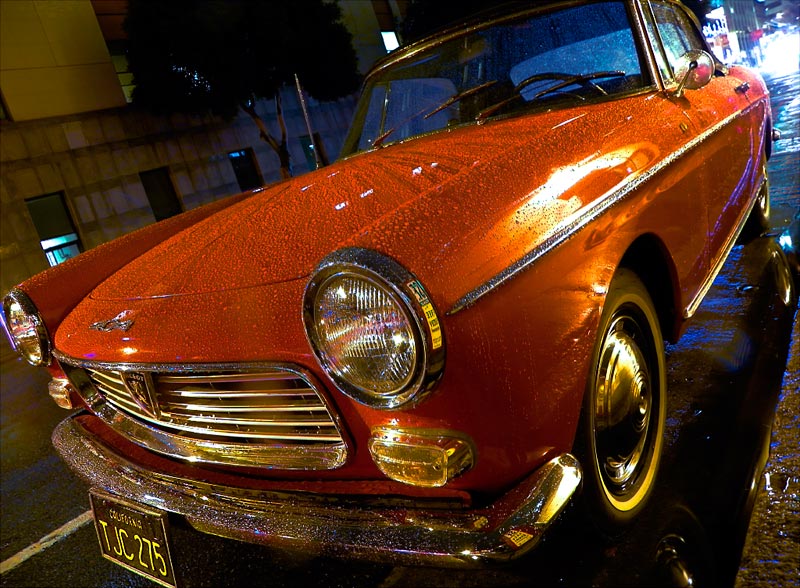 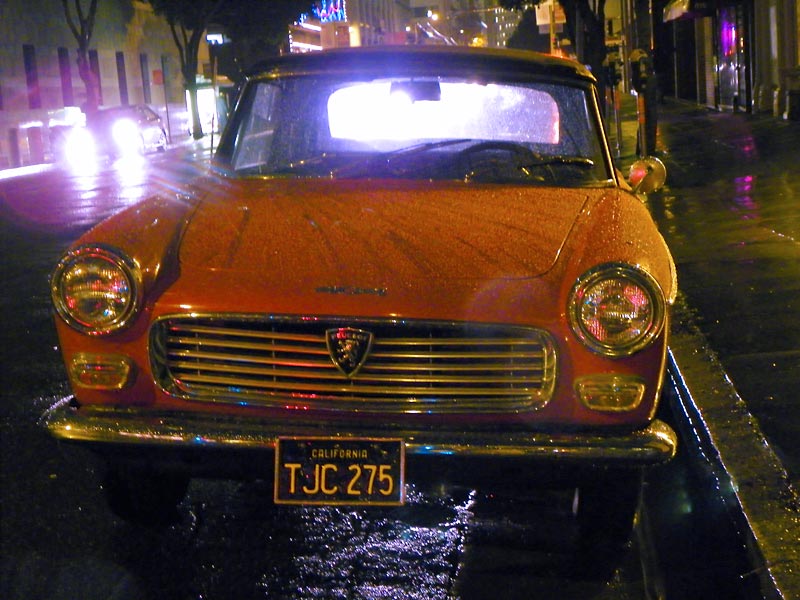 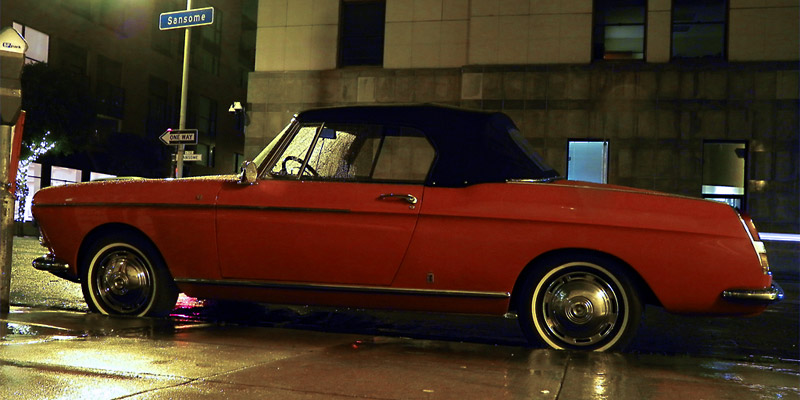 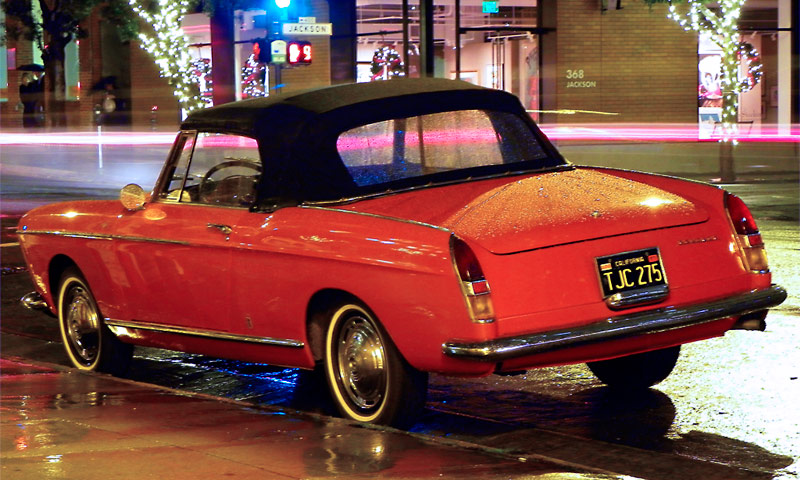 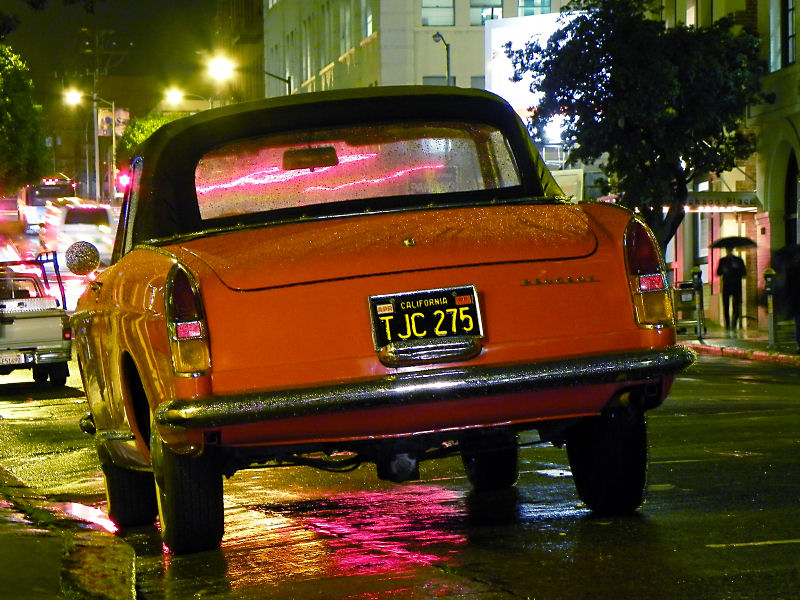 Being an obscure French car you can figure I had to research it in order to write this. I'd never seen a 404 convertible before, and had only seen one sedan - dead under snow in a driveway in Canada. So while taking a different route home from class one evening, diverting through Jackson Square, I became pretty excited when I happened upon this well-maintained red '66 convertible. People thinking of snappy little red European roadsters of the '60s will probably think of something like the Alfa Romeo Duetto Spider or Fiat 124 Sport Spider - both of which were introduced the same year this car was built. And all three were penned by famed Italian design house Pininfarina.
The 404 convertible could be had with mechanical fuel injection until 1968, a rare option in those days but one which, interestingly, was found in the majority of 404 convertibles. Most 404s were sedans and wagons with carburetors and manual transmissions (though a ZF automatic was available on a limited number of cars). According to the 404 Owner's Club, a mere 10,389 404 convertibles were built during the 404's original 15-year production run - out of over 1.8 million cars. Of those, only 1,520* coupes and convertibles are known to still exist. I suspect this is because 404 coupes and convertibles were constructed differently than sedans and wagons, making bodywork components such as fenders more difficult to replace. Le Club 404 describes restoring these cars as "really not easy, and a budget to rival a Jaguar restoration". I guess that says it all.
I'd love to find this car again and re-shoot it in better weather. She's a beauty.