Every once in a while a car comes along that I genuinely don't know much about at all. I research the heck out of it to try to determine what it is. Usually it's an obscure European model that wasn't changed much during a long production run. Sometimes it's a car that was rare to start with in the American market and is only more rare now. And sometimes it's French. 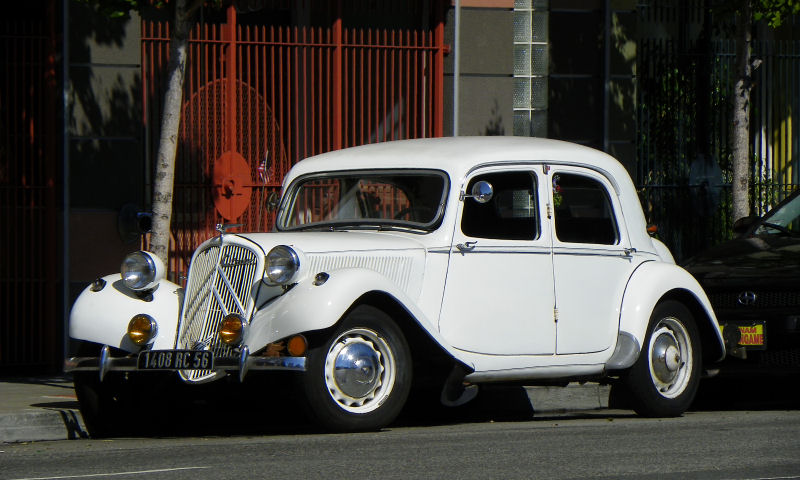 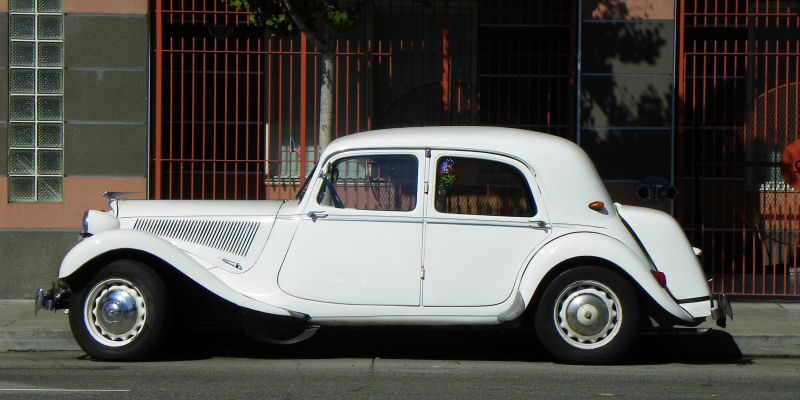 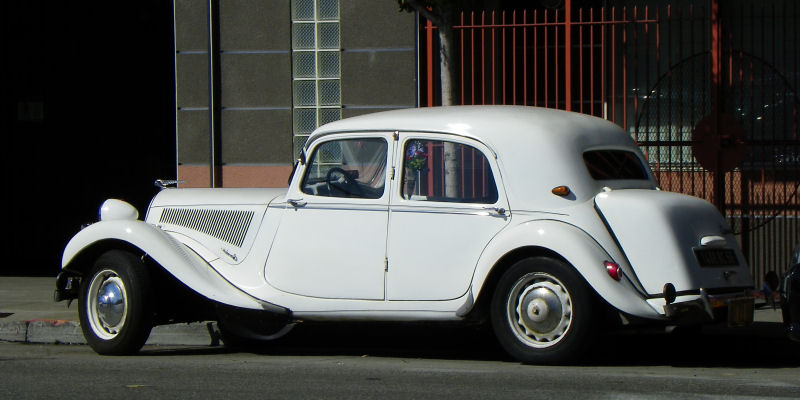 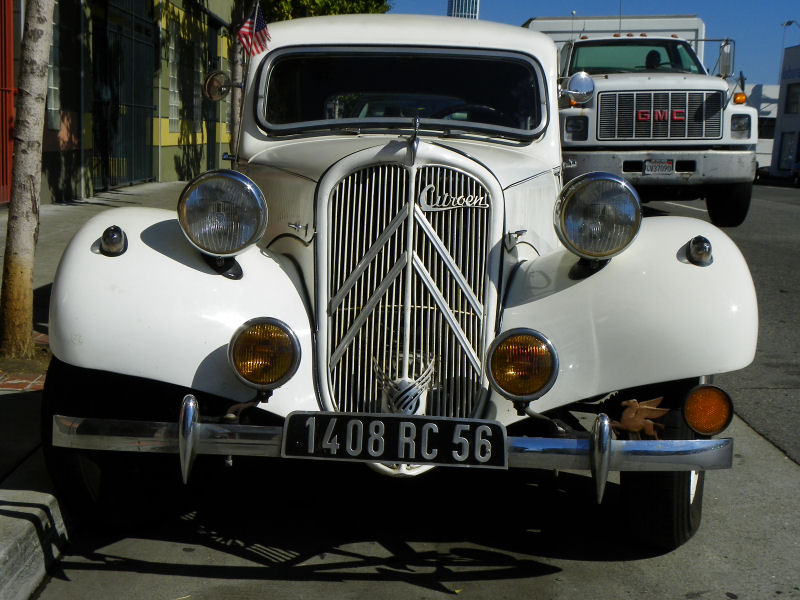 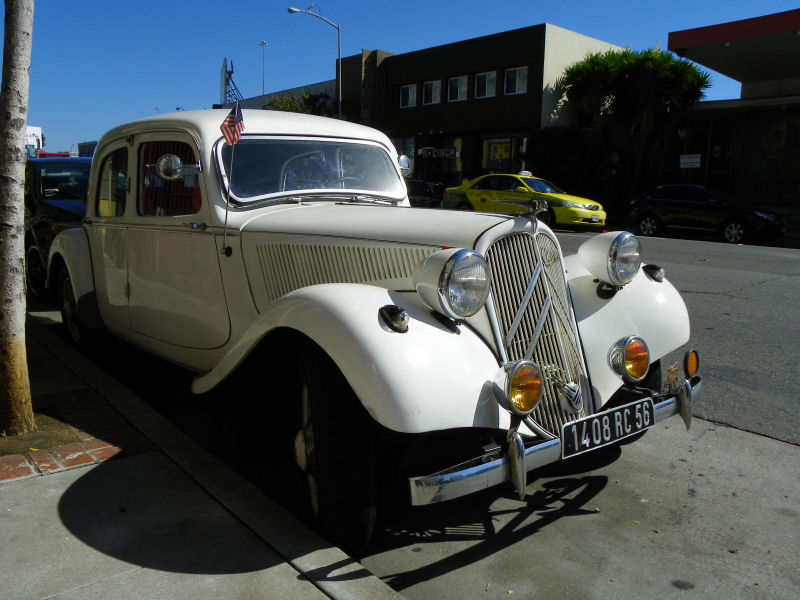 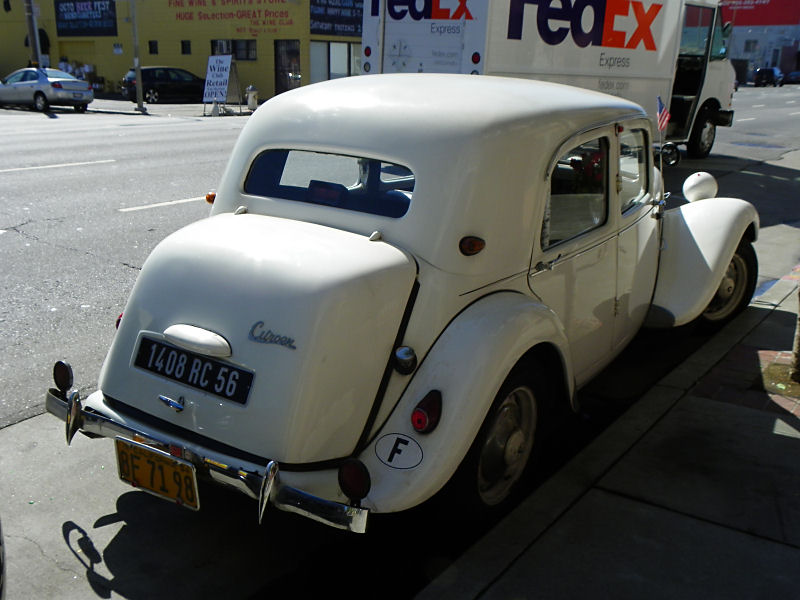 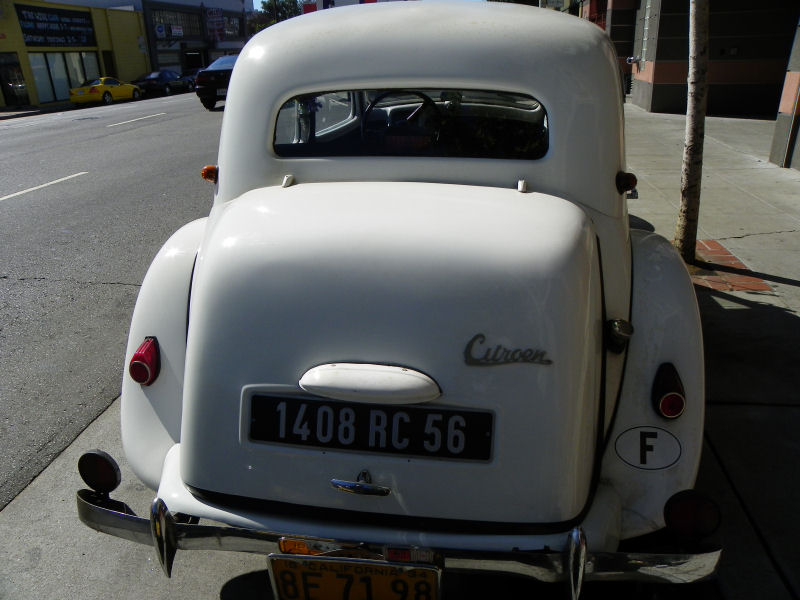 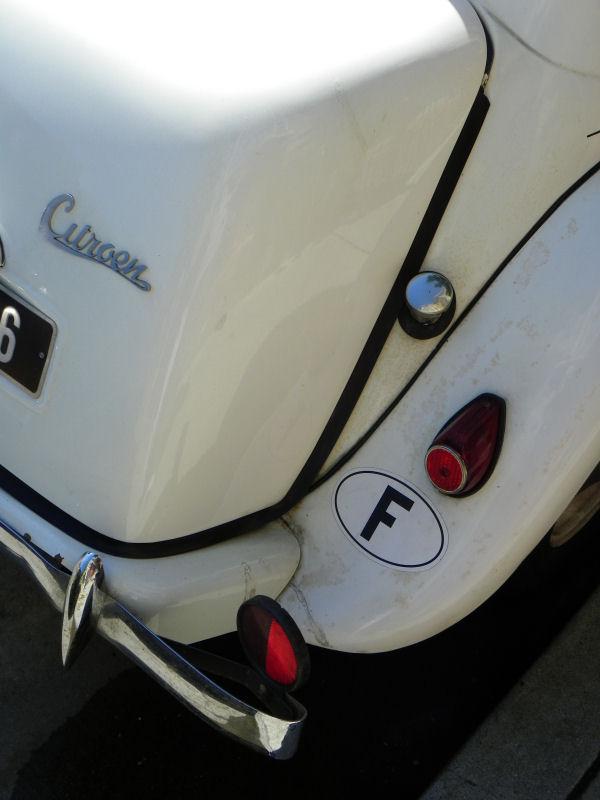 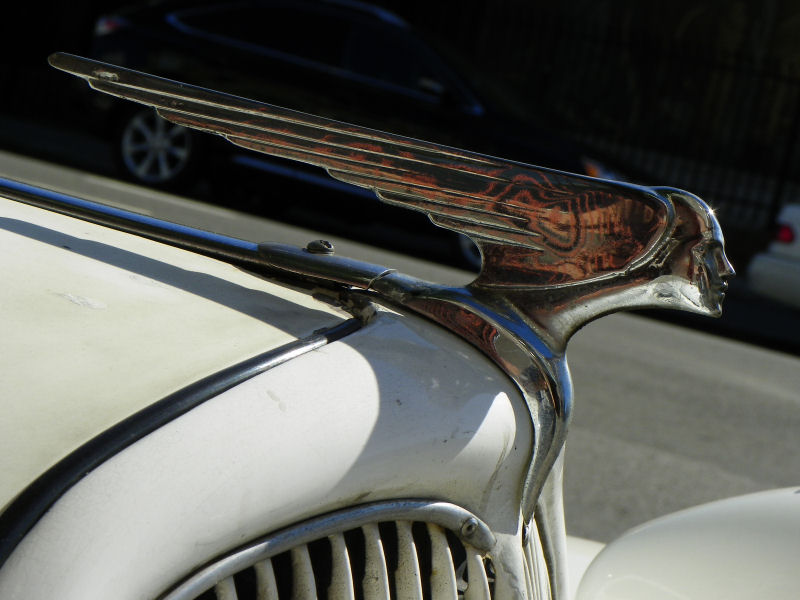 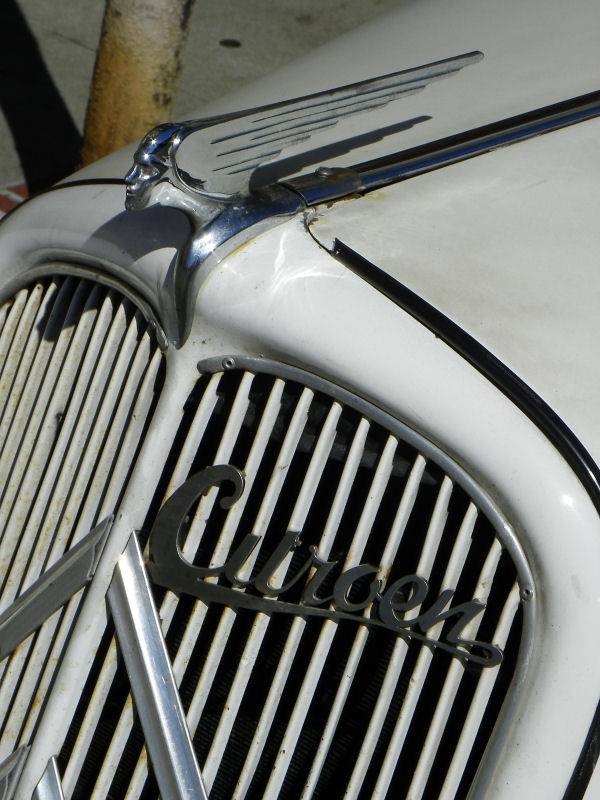 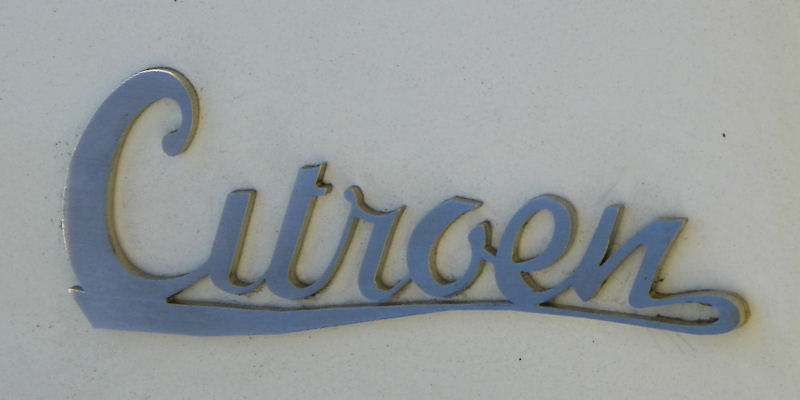 This satisfied all the requirements for confusing me. It's a Citroën Traction Avant for starters. But there were multiple sedan body styles of the TA: a 4-seat Légère (light), Normale (large) and 8- or 9-passenger Familiale (extended sedan, almost a wagon) - as well as different engine displacements and trim levels (7CV, 11CV, 15CV). This one looks like an 11CV Légère, the smallest model. What year is it? You tell me. I hate sounding ignorant, but I have no clue what model year this car is. It has a 1934 California license plate, same as the first year of the Traction Avant's production. However, it also has a large rear trunk as seen on models made twenty years later. That's right, the Traction Avant series lasted until 1957, and was even sold alongside the groundbreaking Citroën DS after 1955.
In the United States the Traction Avant was another underpowered European curiosity that couldn't be fixed at your average shop. In its home market, the car was the perfect taxi or limousine. During WWII, if the model kit companies are to be believed, the TA was used as a staff car by both the French and Germans. In all, over 759,000 cars were built.
It would be unfair to call the Traction Avant old-fashioned in some ways, since it was extremely revolutionary in its time. It featured front-wheel-drive, four-wheel independent suspension and a sleeker, lower profile with steel unibody construction that allowed easier ingress and egress without the need for running boards. The bonus of this packaging was a large interior space with a flat floor. I have an old book of cutaway illustrations which depicts a Traction Avant carrying a cage containing two sheep in the back seat area. Remember, this was a car introduced in 1934, when half the cars in Europe still had body structures framed with wood. Even in 1957, most cars still utilized a body-on-frame design and rear-wheel-drive. But then again, French cars have almost always been known for innovation and quirkiness.
I suspect this example is a mishmash of different parts. It bears Citroën script badges on the front grille and trunk lid - details I can't find on any other examples on the internet. The wheels are consistent with a mid-1950 production date going by the Lambert Nivelle 14-spoke wheels in place of the standard Michelin enclosed steel wheels. However it has post-1952 turn signals, bumpers, and windshield wipers, as well as the aforementioned larger trunk lid; a pre-1954 black steering wheel and post-1954 chrome fuel filler cap and wiper arms (but no chrome trunk lid hinges). Amusingly, the owner has topped off the mind-bending era jumble with a modern CHMSL (Center High Mounted Signal Light) also known as a third brake light. It's probably useful on a car with such small taillights.

Of all the street sightings I've spotted, this car was one of the most exciting for me simply because I'd never seen one before. It doesn't even matter what year it is. It's just cool.

Special thanks to http://www.cats-citroen.net/citroen_tractionavant/ as a great resource on the Traction Avant, and many other Citroën models.
Posted by Jay Wollenweber at 12:30 PM