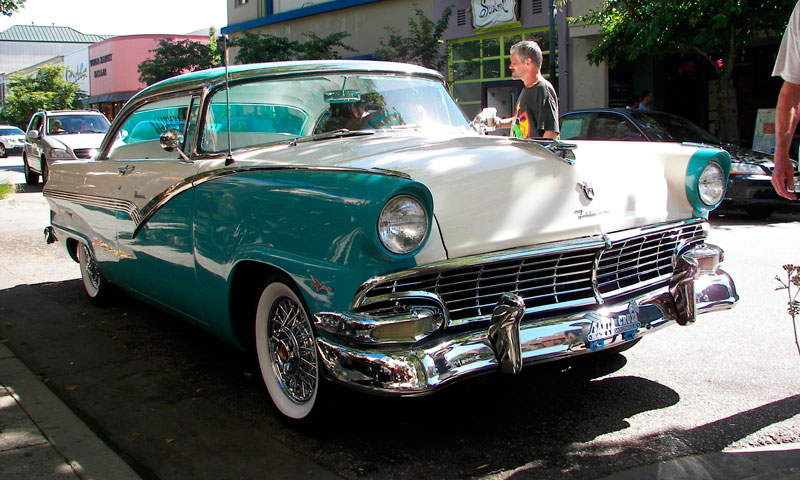 I've been saving this one for a long time. Almost a year ago, my friend and I went to Santa Cruz and were wandering around downtown looking for something to do. Lo and behold, this beautiful 1956 Ford Fairlane Victoria came rolling down the street. No sooner had it parked than my friend and I started taking pictures. 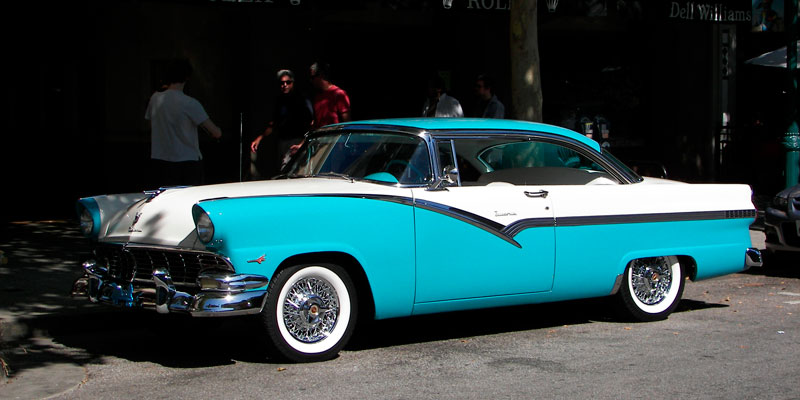 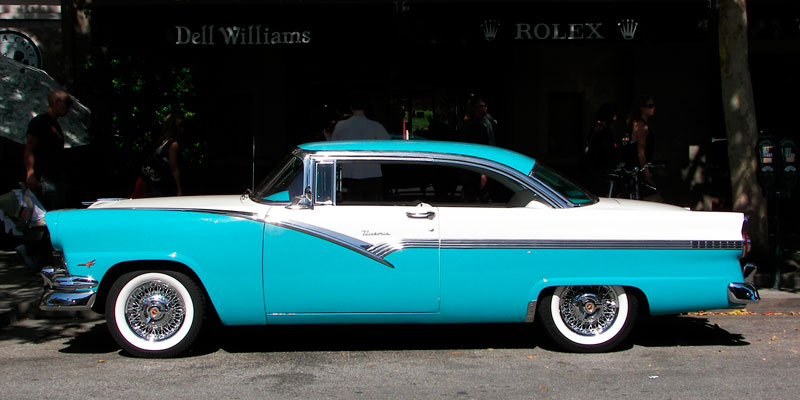 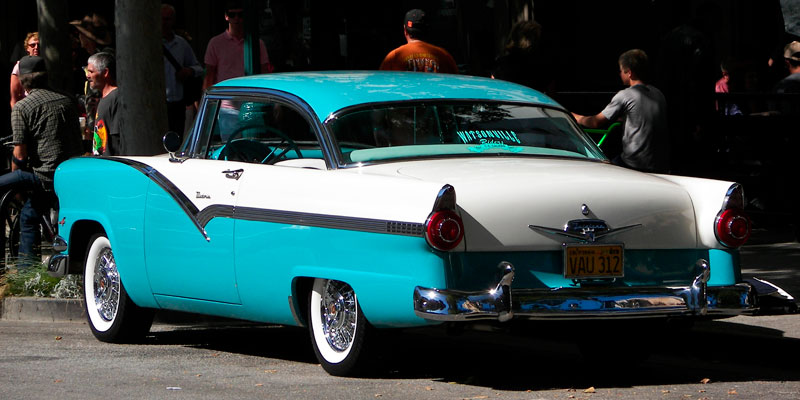 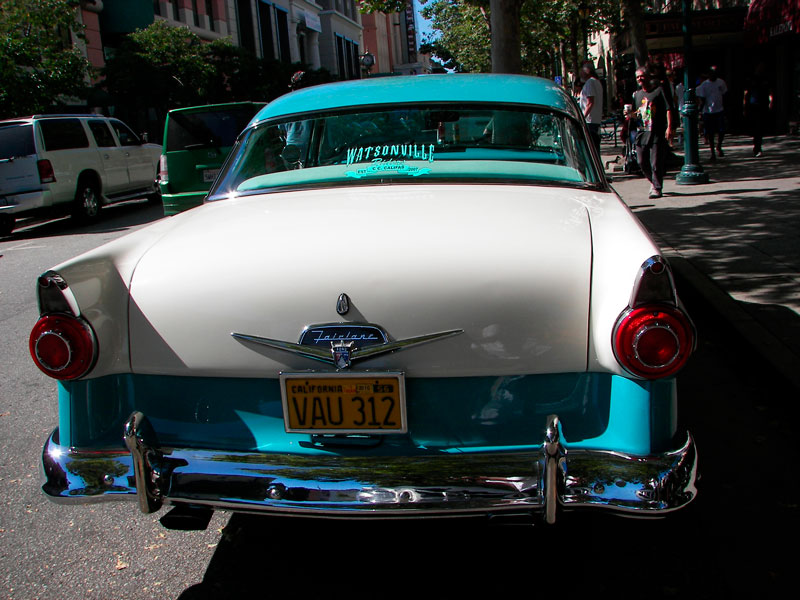 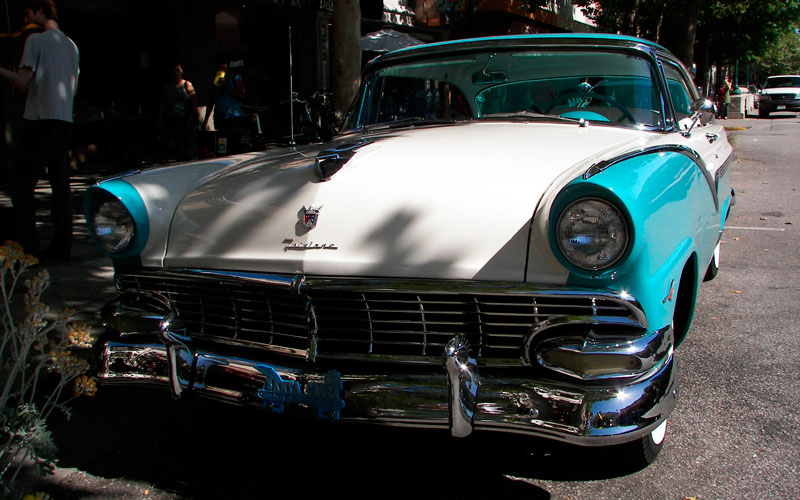 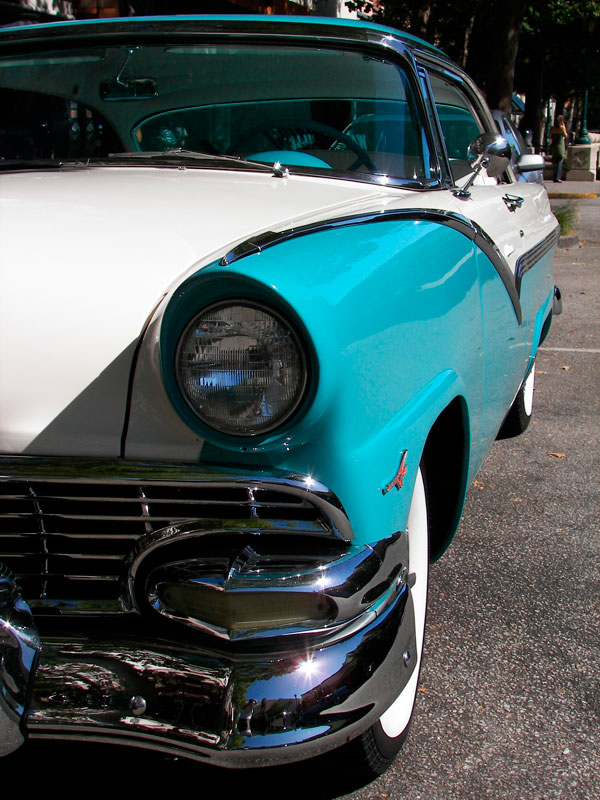 The 1956 Fords are some of my favorite '50s cars. Despite their decidedly non-sporty look, in my opinion they're very classy. Perhaps a bit too upright; they do look rather tall -- but that was the style of the time. The restrained tail fins, tidy proportions and just-right application of chrome and stainless steel trim contribute to a nice overall look. This being a Fairlane Victoria, it was one of the best Fords available that year. It sports a 312 cubic inch "Thunderbird Special" Y-block V8 engine producing 225 horsepower, a feature the owner was kind enough to allow me to photograph. I love the robin's egg blue and white two-tone with matching interior. The air conditioner is aftermarket, though the '56 Ford was originally available with a "Select-Aire" AC unit integrated into the dash (a very rare option). Speaking of rare options, it doesn't look like this one has the "Lifeguard" safety package of seatbelts, padded dash and breakaway rearview mirror.
This is one of the few cars I've seen where I actually like every detail of it as originally designed. The interior is gorgeous and the exterior is darn near flawless. Trim isn't excessive, lines don't go all funky and everything looks right in its place. I never liked the nearly identical '55 Fords because of their bulging round secondary lights in the grille. The '56s use a less noticeable, more streamlined design. My nitpicks are few. If it were mine I'd lose the rear window sticker in a second. I'd also touch up the red paint on the "Thunderbird" fender badges. That's about it.
It's a beautiful example of one of my favorite cars of the fifties. 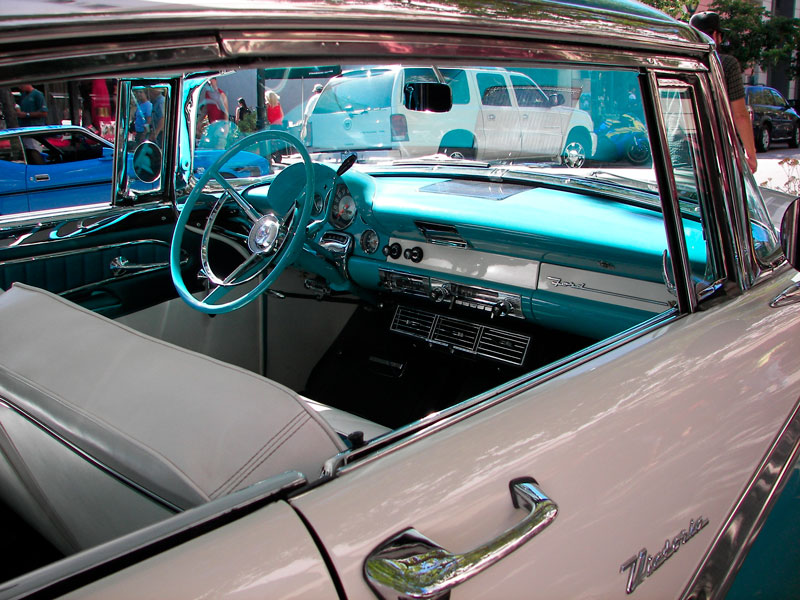 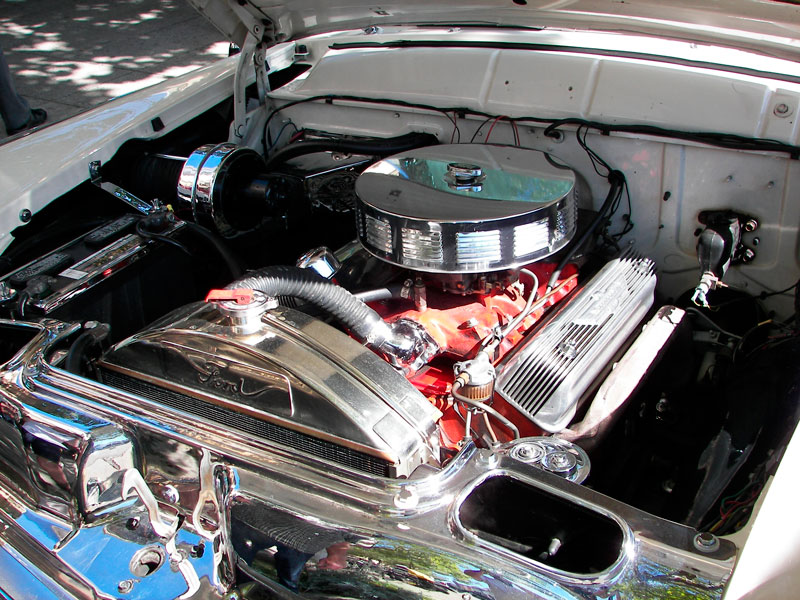 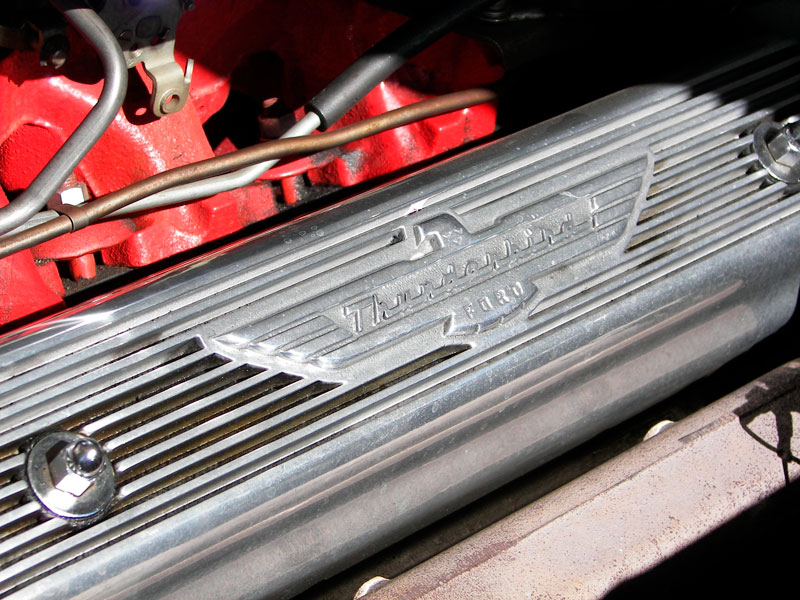 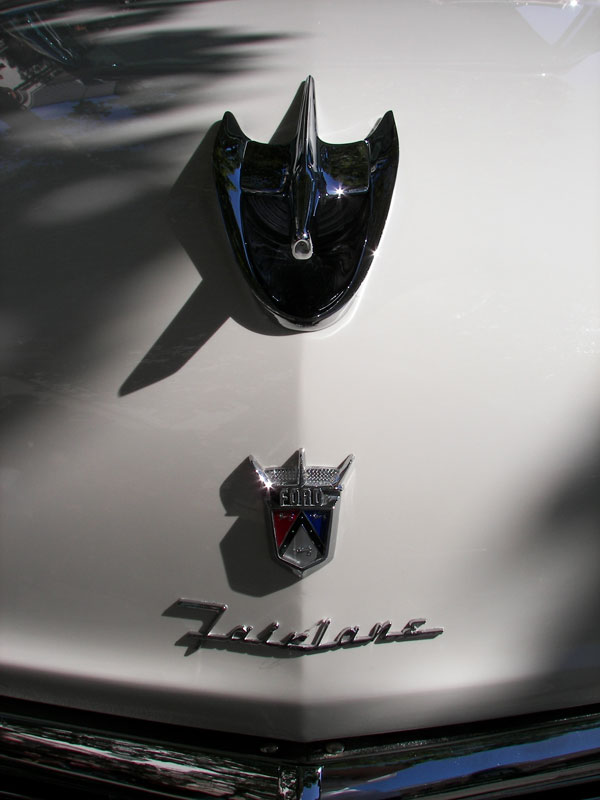 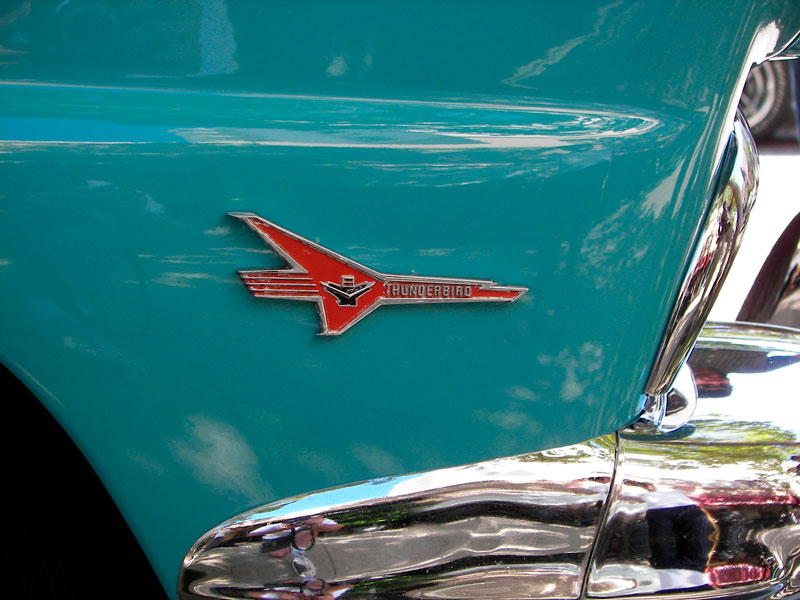 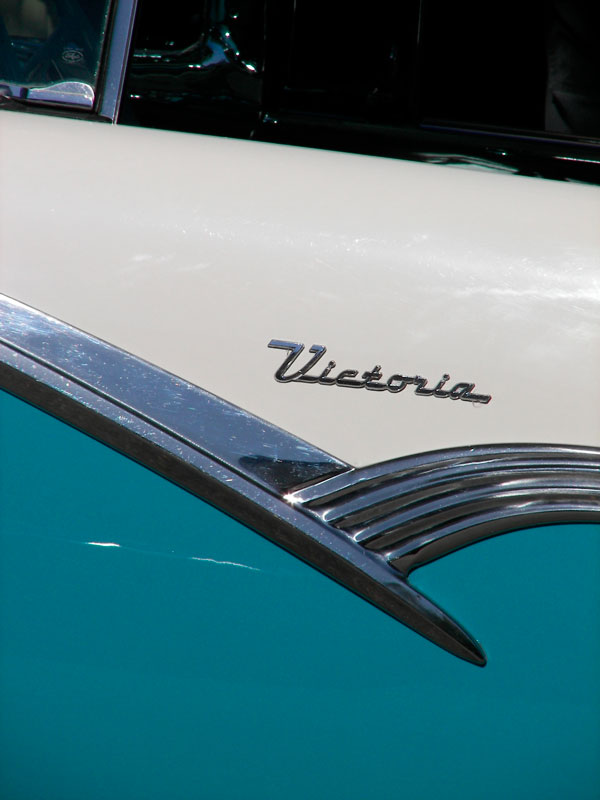 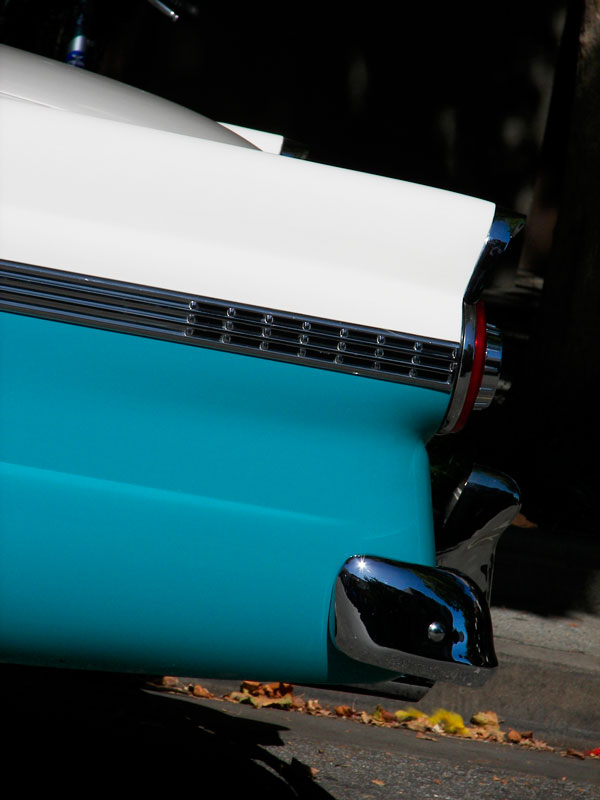 Posted by Jay Wollenweber at 12:17 AM