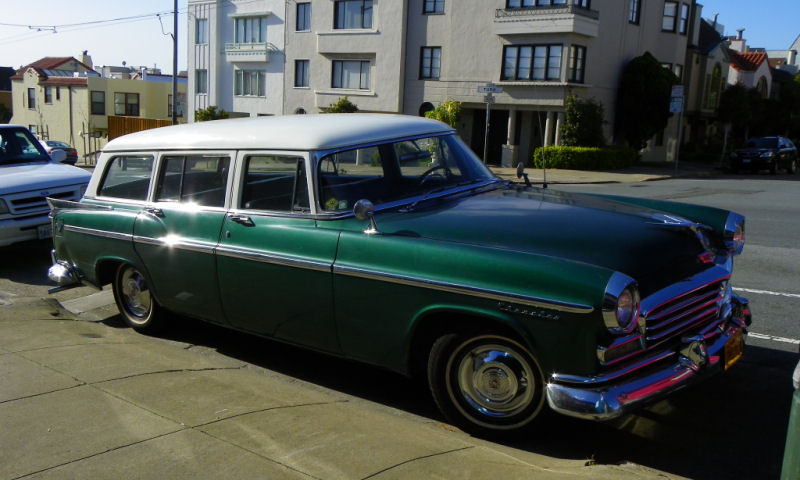 This is one I really wish I could find again. Another member of Fifties Guy's menagerie of vintage tin in The City, this 1956 Chrysler Windsor 250 station wagon appeared on eBay shortly after I photographed it. It's a rare (one of 2700), unrestored example with low mileage for its age. The owner was present when I first saw it, and was working on his 1959 Plymouth Fury in the garage at the time. Because he was there, I didn't want to wear out my welcome and decided to make the photo shoot a quick one. Unfortunately the Jeep parked in front made it impossible to get a decent front or 3/4 angle. Sad day. 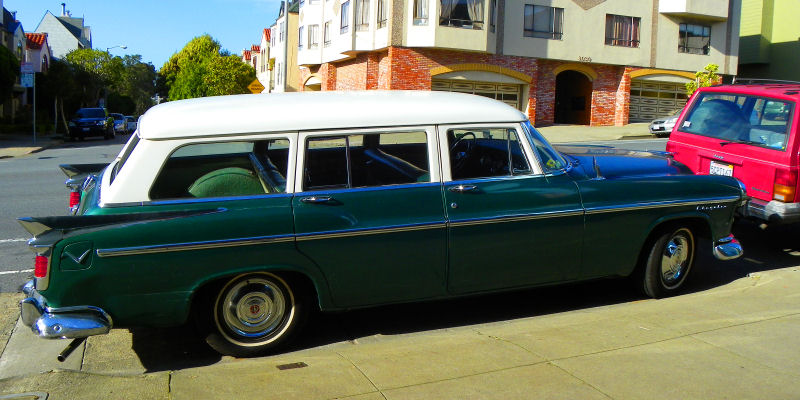 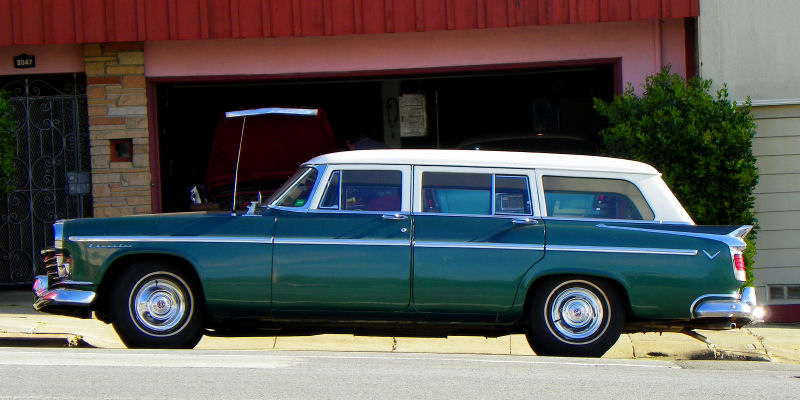 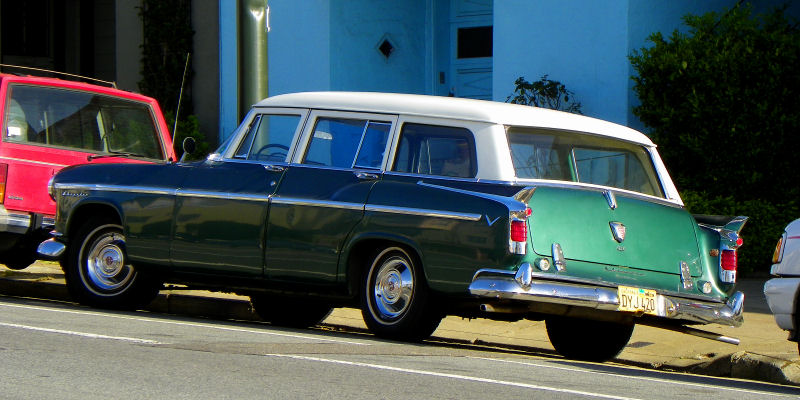 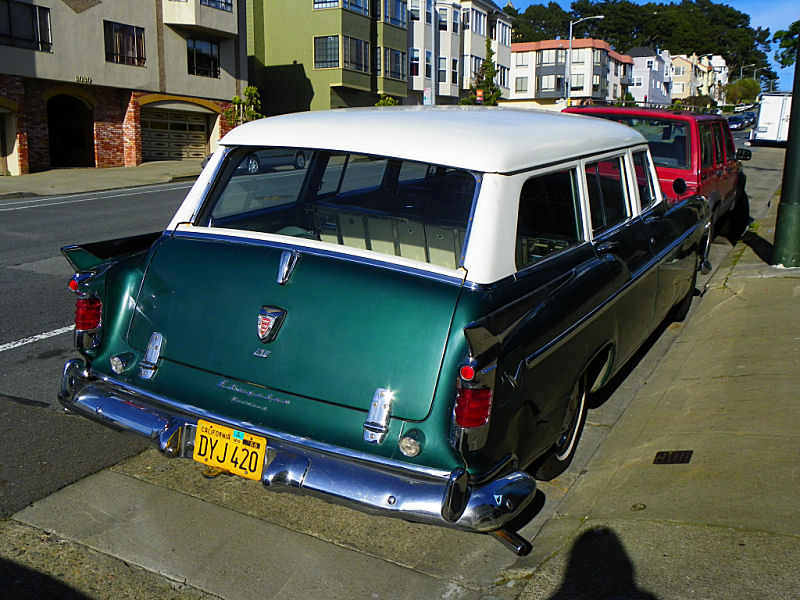 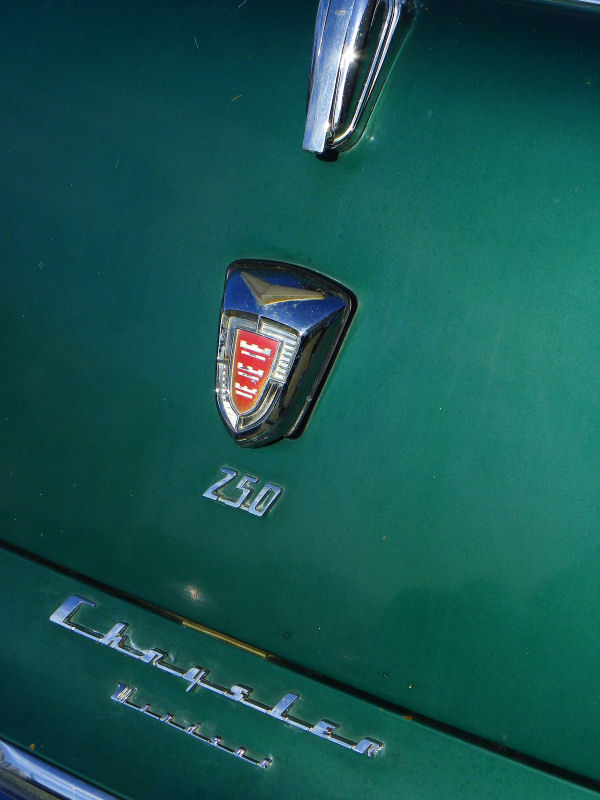 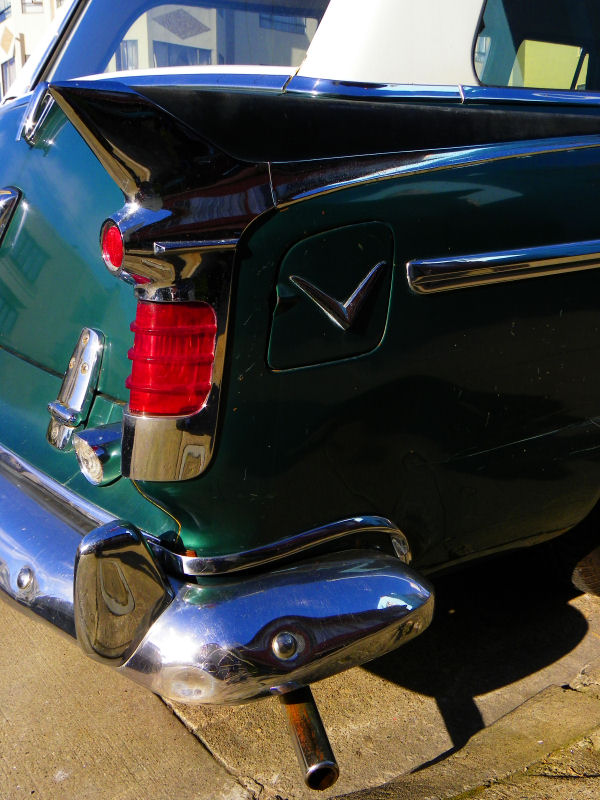 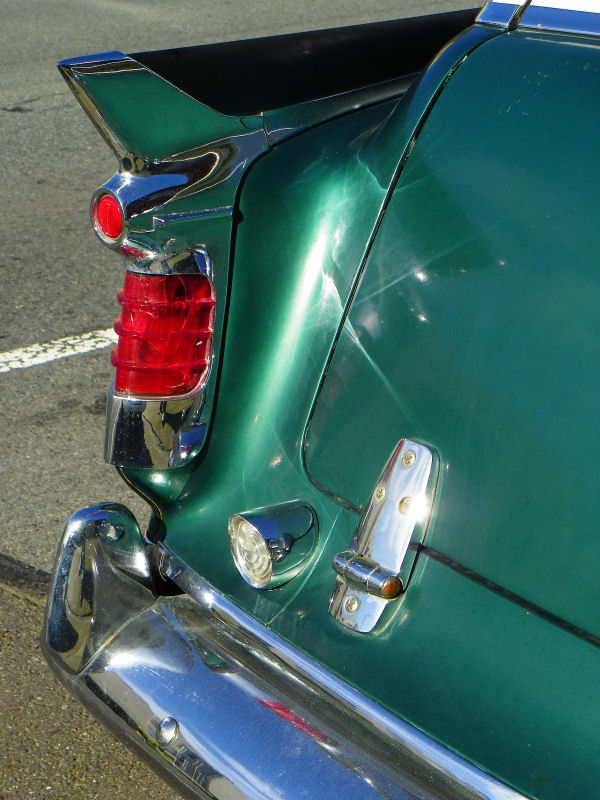 The Windsor was Chrysler's base model in 1956. That said, it was still nicer than you would probably get from Plymouth or Dodge.
According to allpar.com, the Windsor used a 331 cubic inch V8 de-bored to 301ci and fitted with poly heads. This one has a four-barrel carburetor which allows it to produce 250 horsepower, hence the prominent "250" badge on the rear hatch. It is equipped with such niceties as power steering and power brakes, and the PowerFlite push-button automatic transmission. It even has seat belts! I've never been a huge fan of the mid-'50s Chryslers, since many of them looked very stodgy and old-fashioned. To be honest, most of the cars Detroit turned out during that time looked that way. The front end on this car doesn't say "Chrysler" to me. The back end, however, is awesome. Chrome-trimmed tail fins on a station wagon! It's so ridiculous a concept that I love it.
The colors on this car look quite nice. The shiny and apparently original Hunter Green paint with matching green interior and Cloud White roof really sets it off. In a town full of vintage cars, but few vintage wagons, I'm happy to have been able to feature this fine '56 Windsor.
Posted by Jay Wollenweber at 1:19 AM