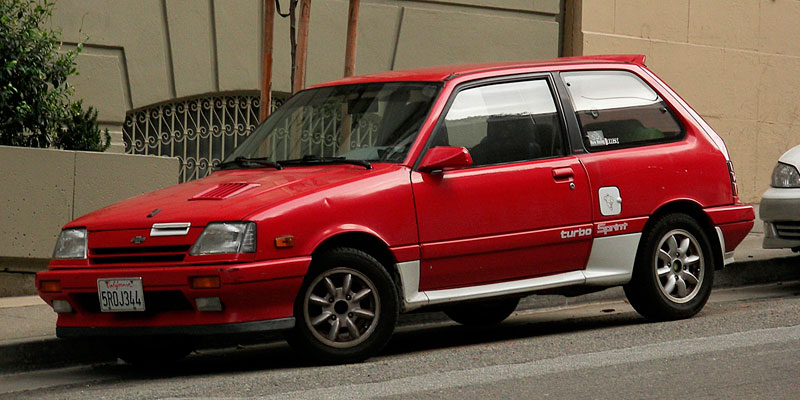 This is probably the first car I photographed for this blog that left me wondering, "Is it worthy?" It's a 1987 Chevrolet Sprint, a captive import produced by Suzuki for Chevy from 1985 through '88. The Sprint was based on the Suzuki Cultus, arguably one of the most whored-out car platforms in history. The Cultus in its various forms has been sold in several countries on at least four different continents and under a variety of names and brands. After the Sprint was dropped in 1988, the newly redesigned Cultus arrived in the United States once again in 1989, badged as the Suzuki Swift and as the Geo Metro. It was also sold in Canada as the Chevy Sprint (Geo Metro after 1992) and Pontiac Firefly. 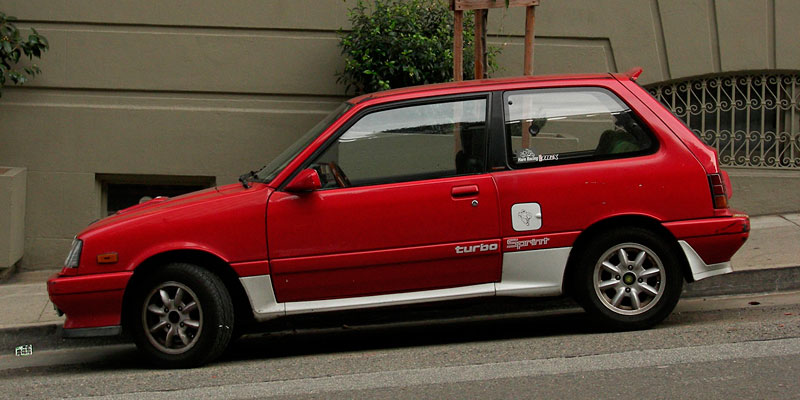 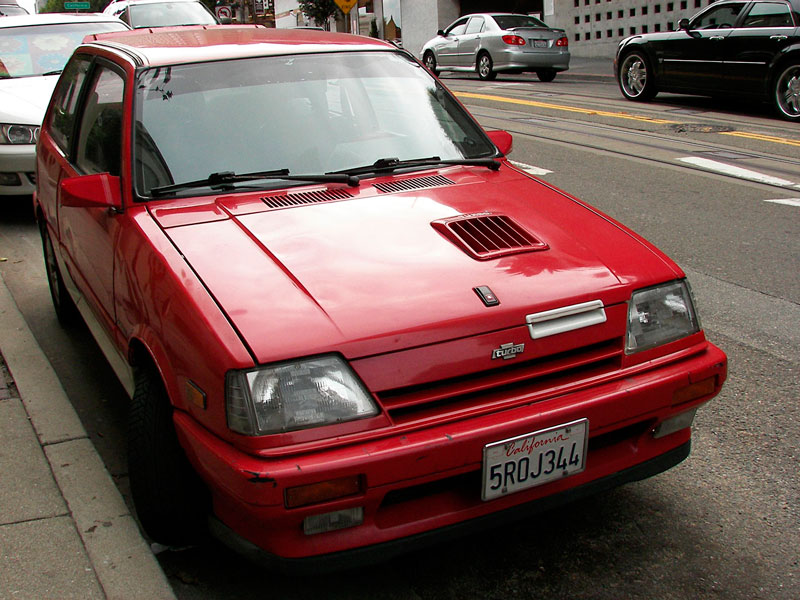 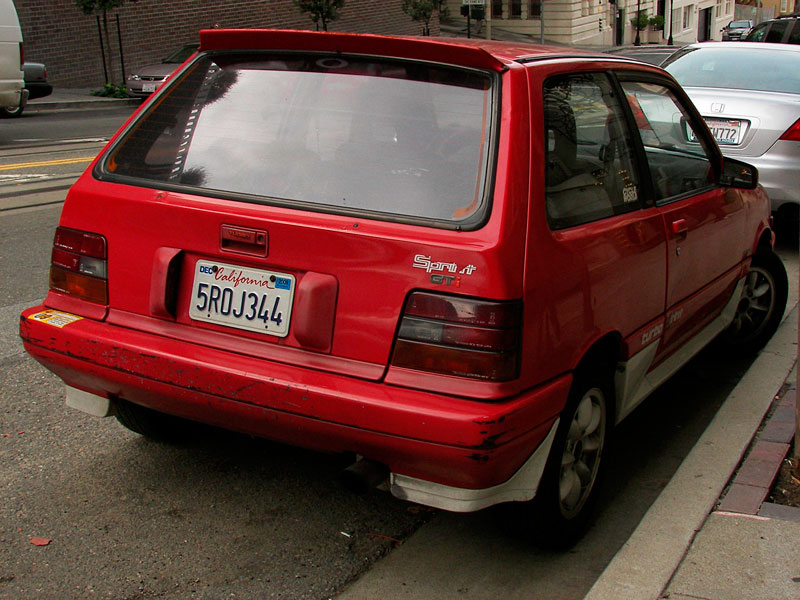 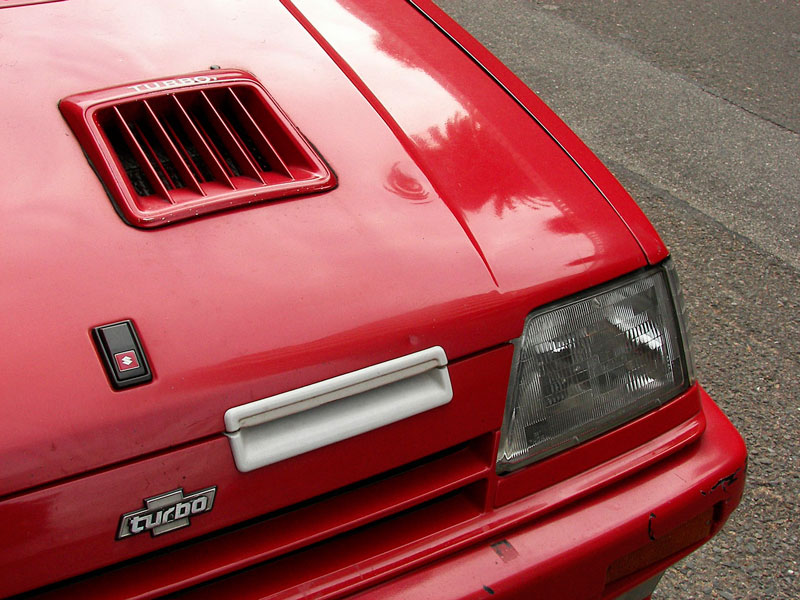 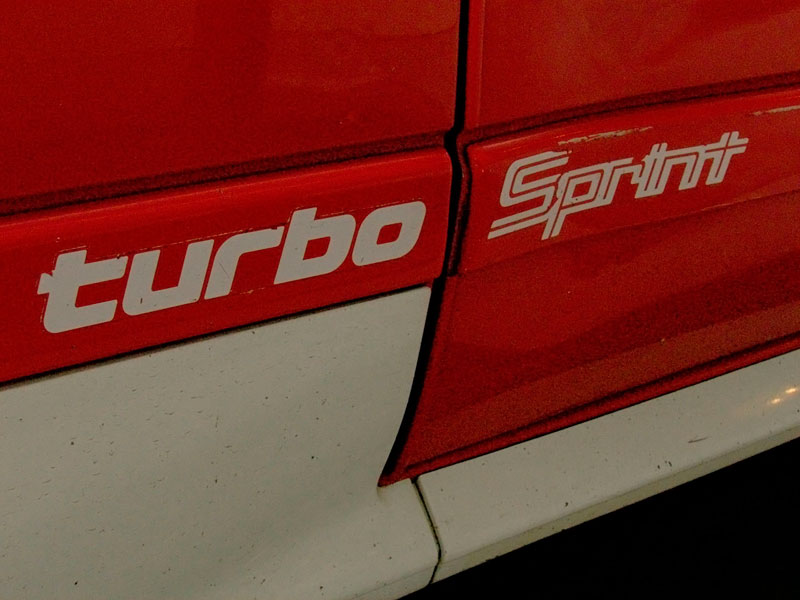 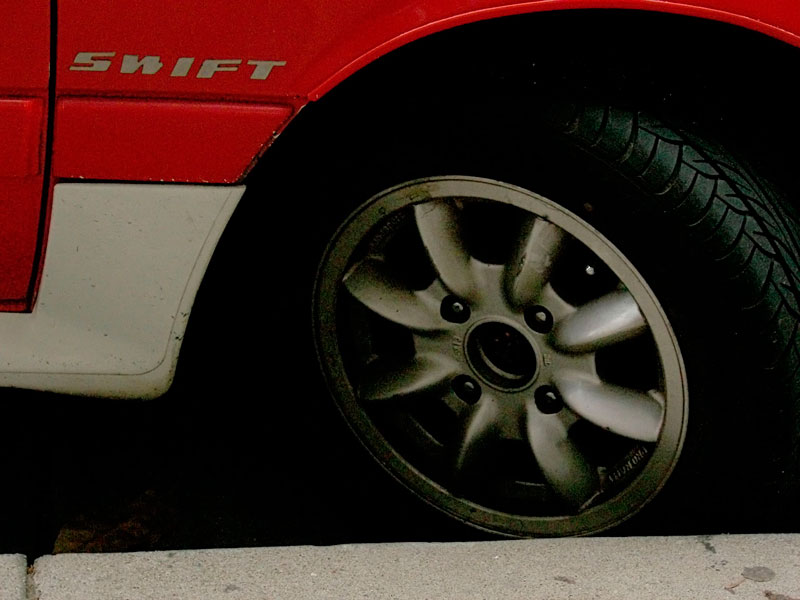 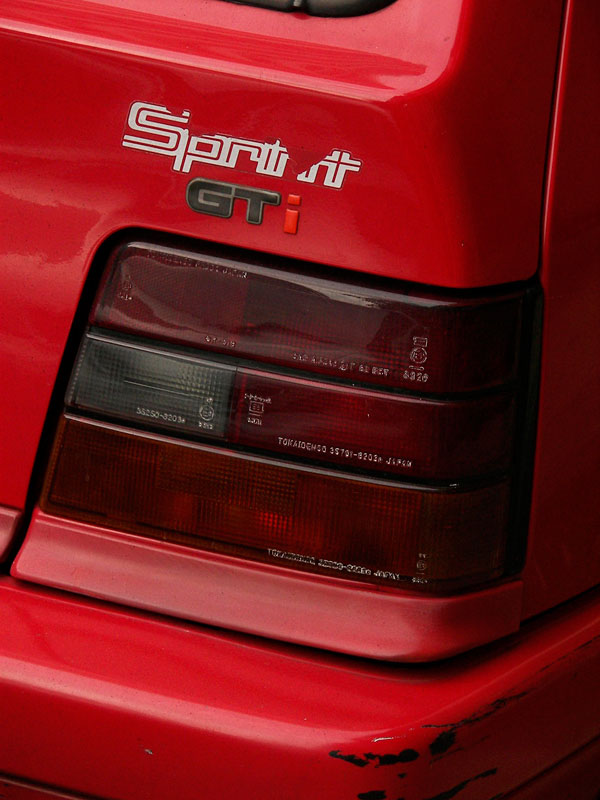 But this isn't just any Sprint. It's a TURBO Sprint, and that tiny little intercooled turbo makes all the difference. The Turbo Sprint was available in the US for only two years, 1987 and 1988. It came in red, white or blue and used a turbocharged 1.0 liter 3-cylinder engine making about 73 horsepower (up from 48 in the base model), hooked up to a 5-speed manual transmission. Thanks to a curb weight of roughly 1500 lbs and anecdotal evidence from current and previous owners, this little car can really scoot. Stock wheels were 12 or 13" pressed steel with exclusive white plastic hubcaps. This car has custom wheels resembling Watanabes (the last picture above is not the same car but has a stock hubcap on the back). The owner has also replaced several components of the body kit with parts from a white Turbo Sprint, and seems to be in the process of trying to convert it into a Suzuki Swift GTi. It's in generally rough condition, an aging city runabout punished by daily life in San Francisco. But it's an early and rare example of one of the first truly affordable turbocharged cars sold in the US, and for that reason I feel it is worthy of inclusion here.

Posted by Jay Wollenweber at 2:13 AM