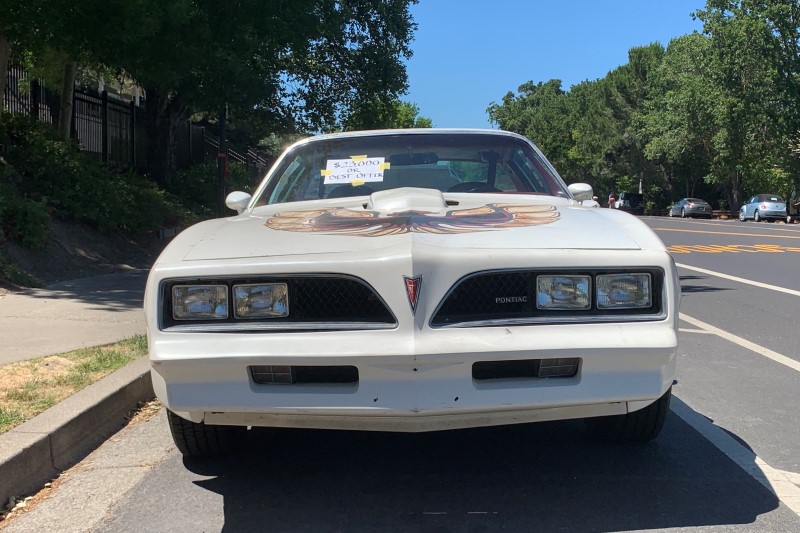 Each year for the 4th of July I like to celebrate America's Independence Day with a special feature. This year we're doing American muscle and sports coupes in red, white and blue. Second today is a 1978 Pontiac Firebird Trans Am in its original Cameo White. 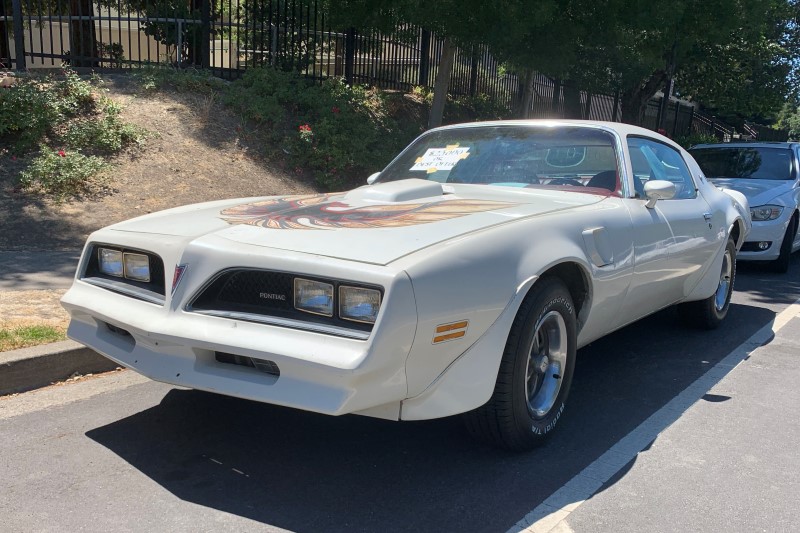 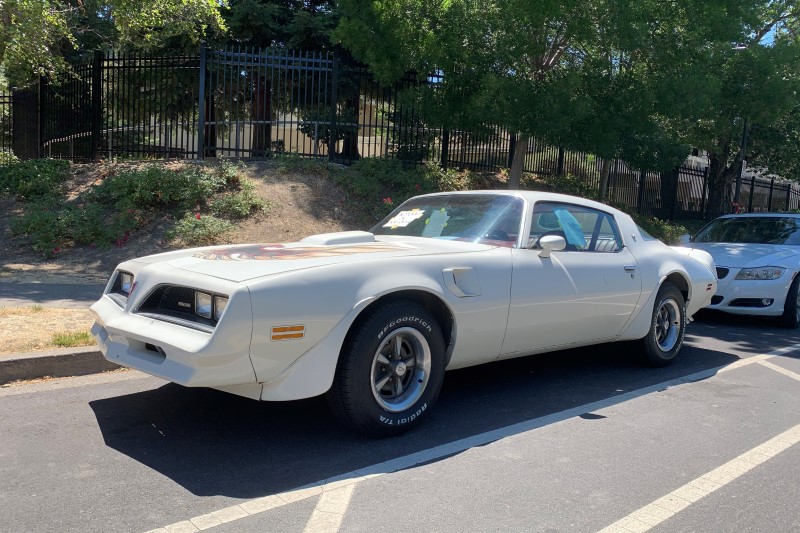 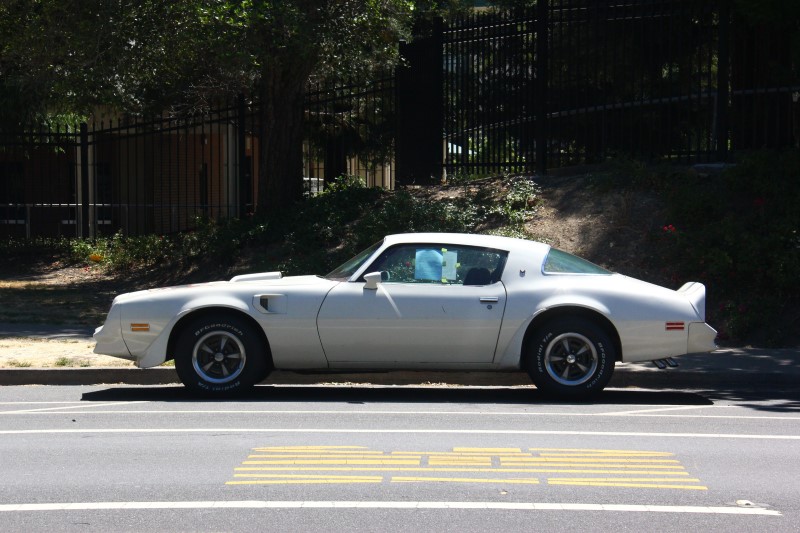 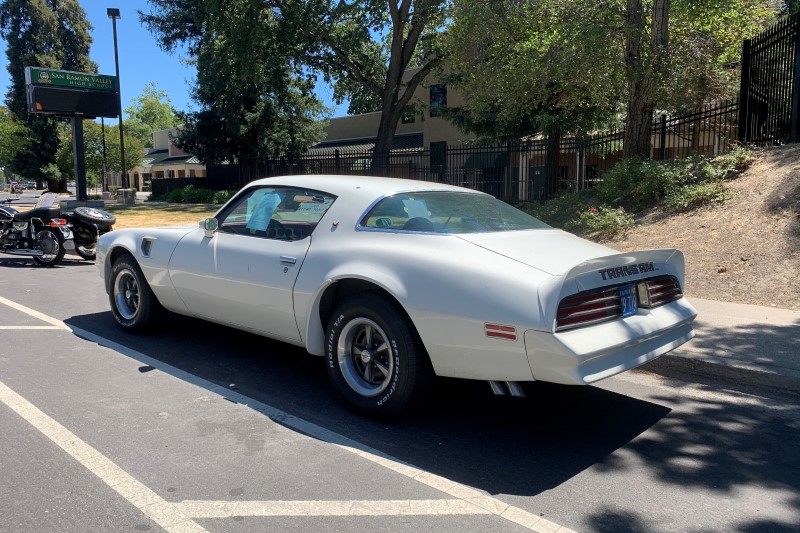 It's kind of crazy that in the twelve or so years I've been publishing this website I have never featured one of the best-known Pontiacs, the Firebird Trans-Am. Pontiacs in general have been fairly uncommon here, and it's time to rectify that. My inner Smokey and the Bandit fan has long loved the 1977 and '78 Trans Ams, so I'm happy to feature this one. Speaking of that film, Burt Reynolds (RIP) made the black 1977 Trans-Am Special Edition so famous that it kind of overshadows all other versions. When one thinks of a second-generation Trans Am, black is probably the first color they think of. Yes, it was possible to get one without all the gold tape stripes and without a glass T-top and in a color other than black. 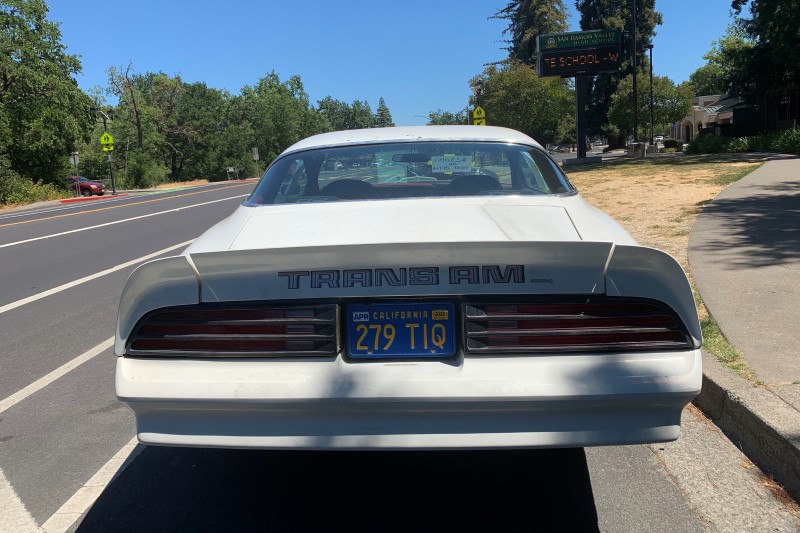 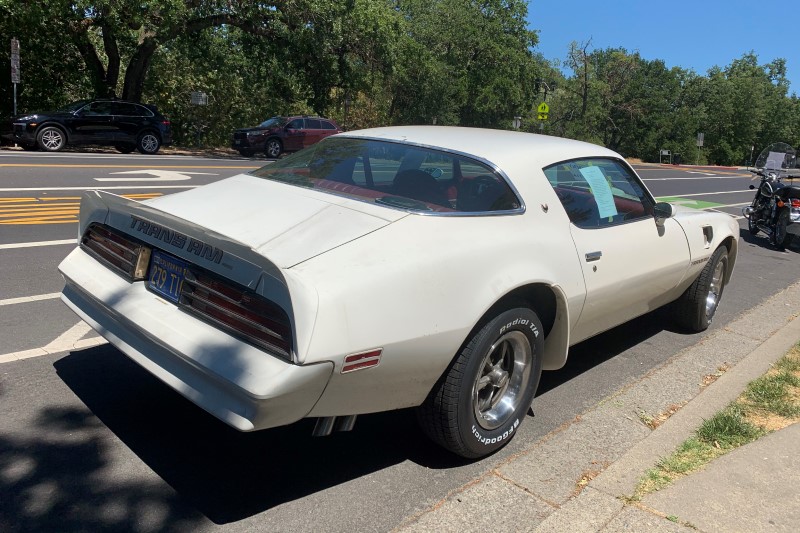 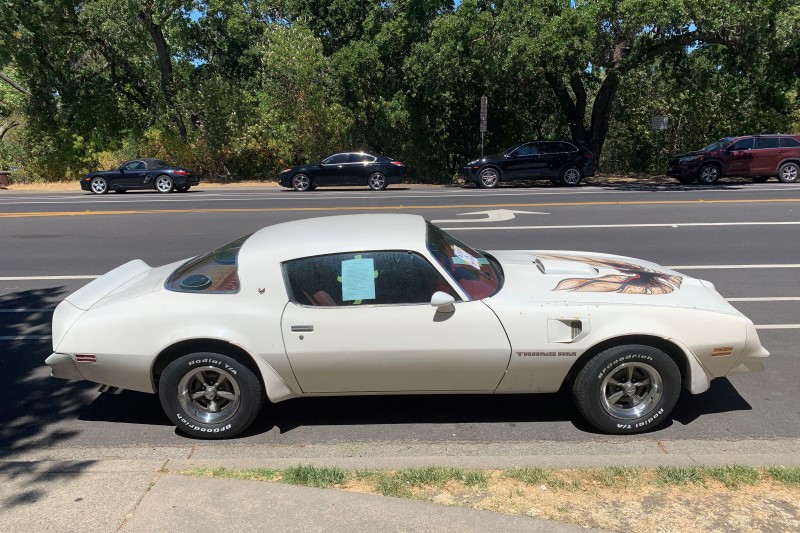 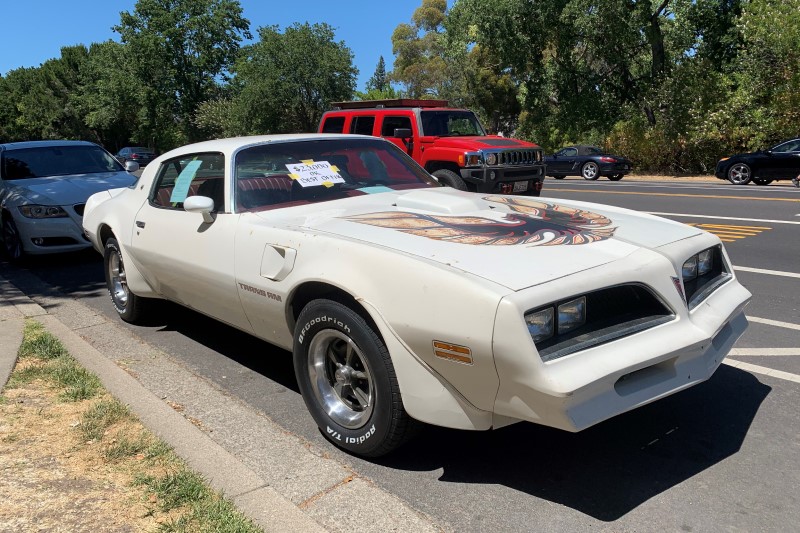 That said, people love the Special Edition because it looks '70s-fab and absolutely iconic. But then there's this unrestored survivor of a pretty standard T/A, finished in Cameo White with a "screaming chicken" hood decal in red, grey and black, over a red Morrokide vinyl interior. It rolls on original 15-inch Pontiac Rally II wheels. This era of Trans Am is known for the snowflake style alloy wheels as seen on the Bandit car, but the simpler Rally II also looks great. 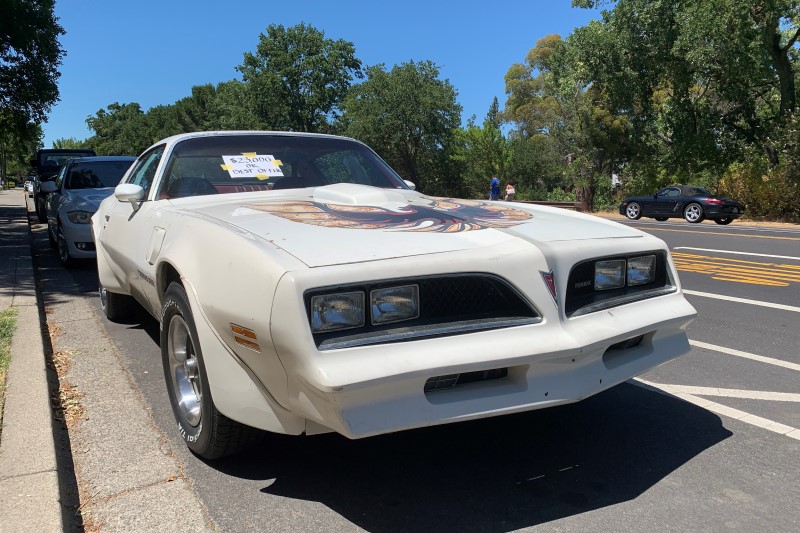 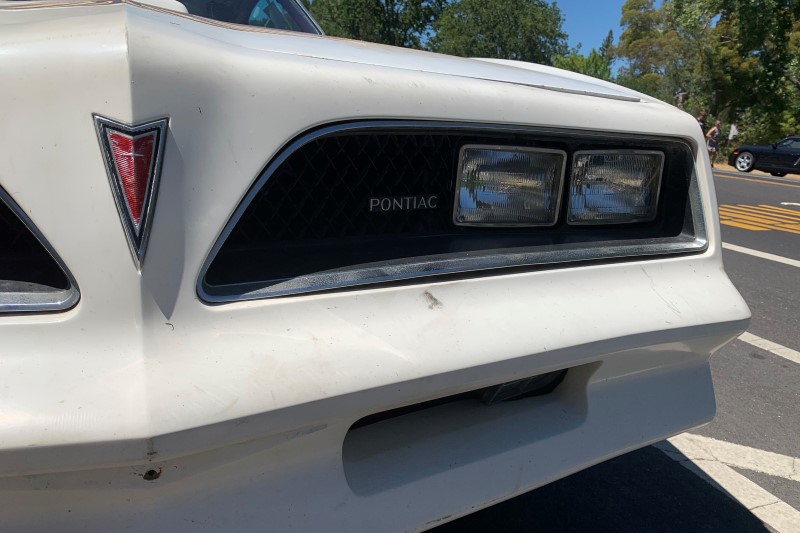 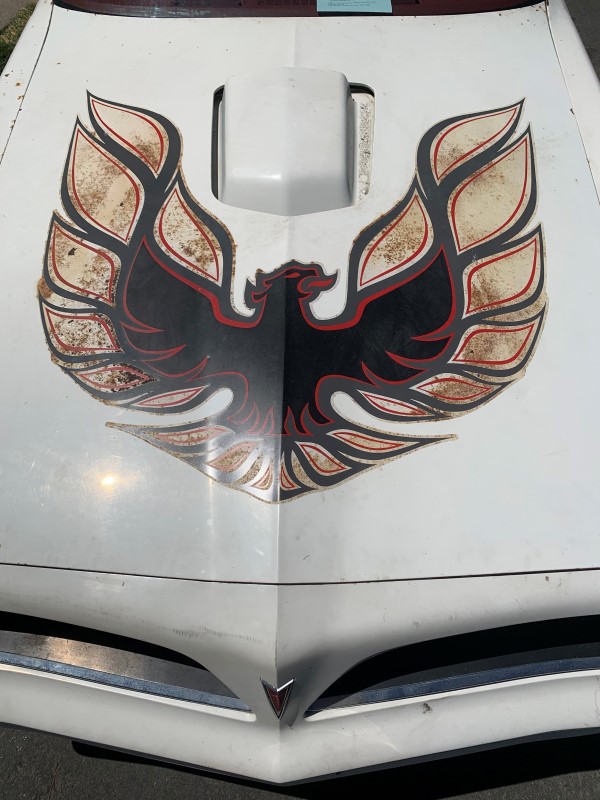 One point of contention among Pontiac enthusiasts is that 1978 marked the end of in-house Pontiac V8 production. This car does not even have a Pontiac-built engine. It's an Oldsmobile 403 that was foisted upon California buyers in place of the Pontiac 400 that the rest of the country got. Californians were also limited to an automatic transmission, so no four-speed for you. California has long had more onerous emissions regulations than most other states and the 403 was able to meet them. 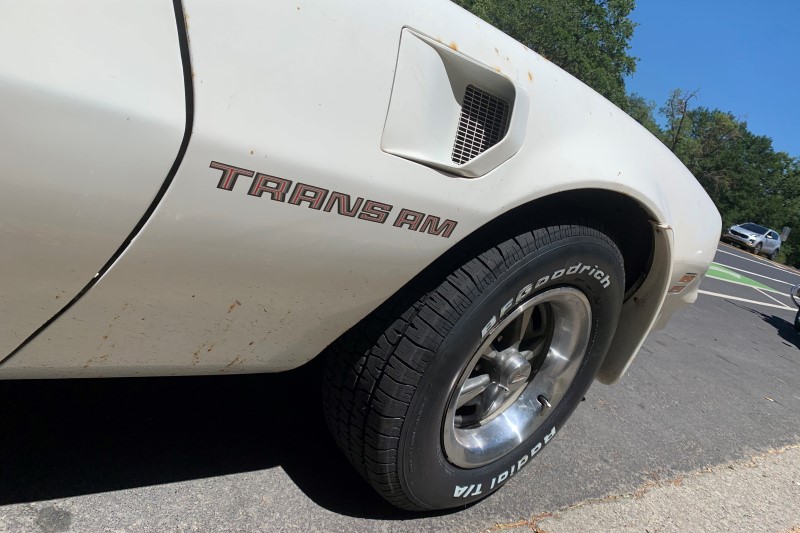 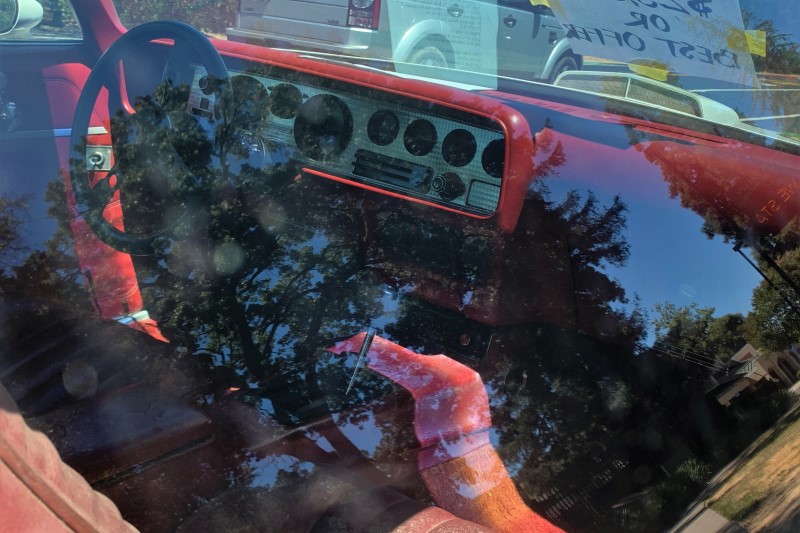 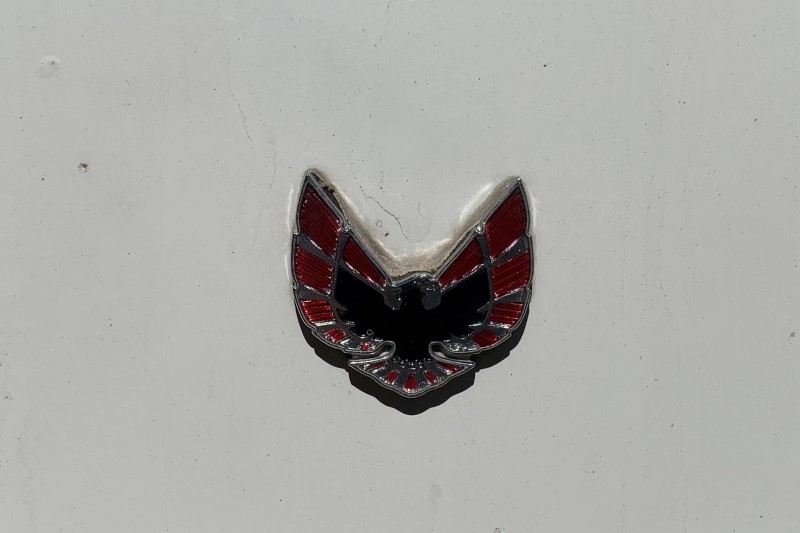 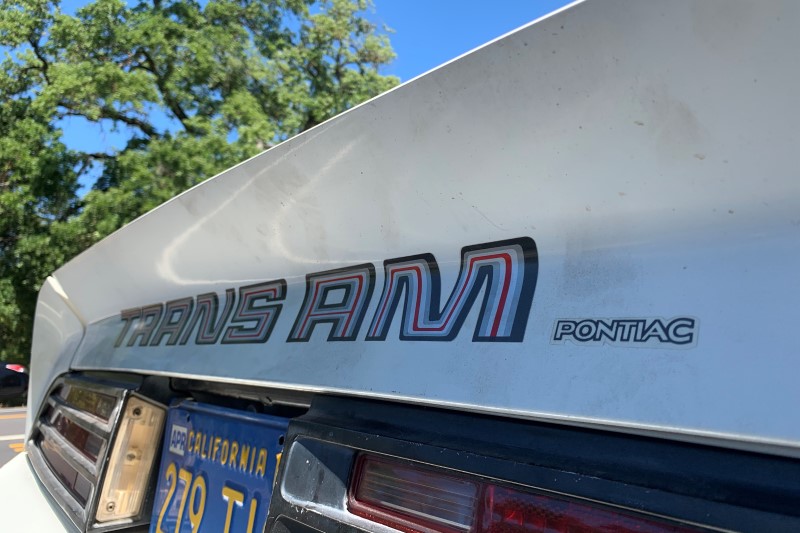 The 403 was supposed to be a big-block in a small-block casting, a compact engine with large cylinders. It sounded like an ideal solution. The problem with this was that in stock form, the engine struggled with cooling at high RPMs due to its thin cylinder walls and restrictive cylinder heads. If you live somewhere other than California, you can fix the 403's shortcomings and make a real beast out of it. But sadly (and I've ranted on this for years) California refuses to change their arbitrary smog testing year cutoff of 1975. So this car will have to pass smog here in perpetuity and that kind of limits modification options. 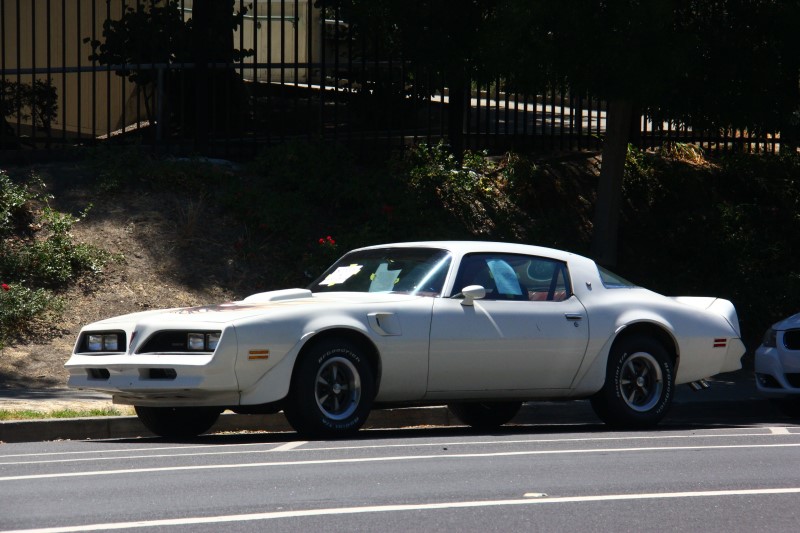 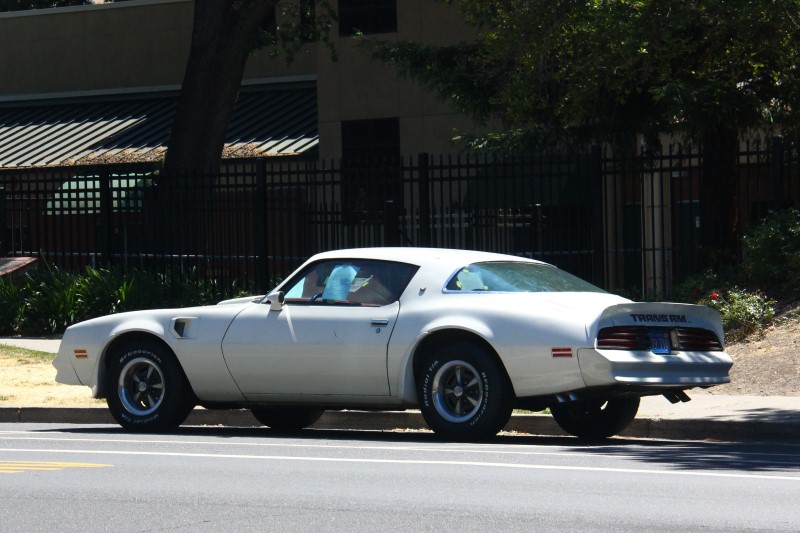 This car is practically untouched and very original. It has some bits of cosmetic rust and the interior is worn but it seems quite solid. It needs some work but could be a fun driver.

Posted by Jay Wollenweber at 1:00 AM