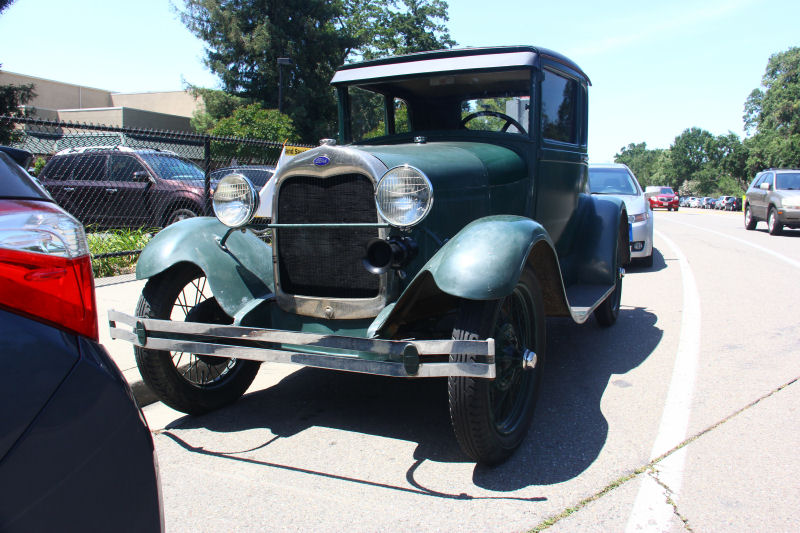 I've always heard the Ford Model A referred to as a great starter classic car. They're relatively inexpensive, easy to find, parts are easy to get and the driving controls are understandable to most people familiar with more modern cars. So it warmed my heart to see this 1929 Model A parked outside the high school. Imagine having one of these as a first car! 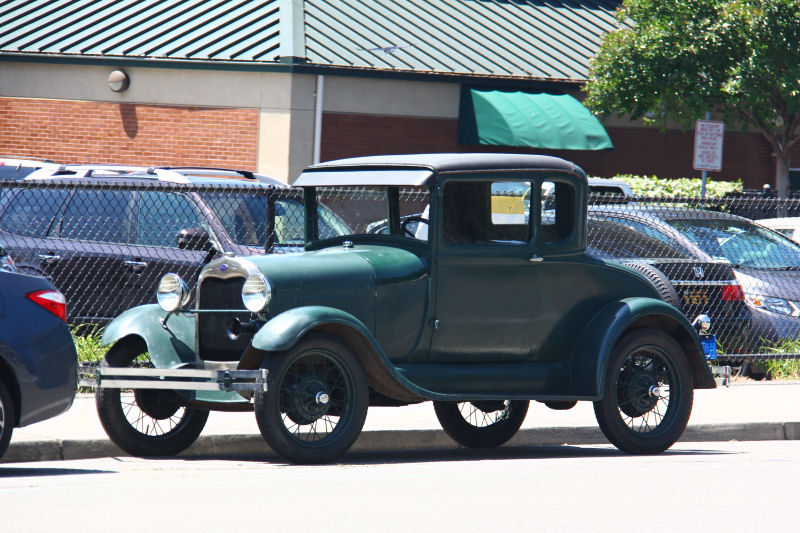 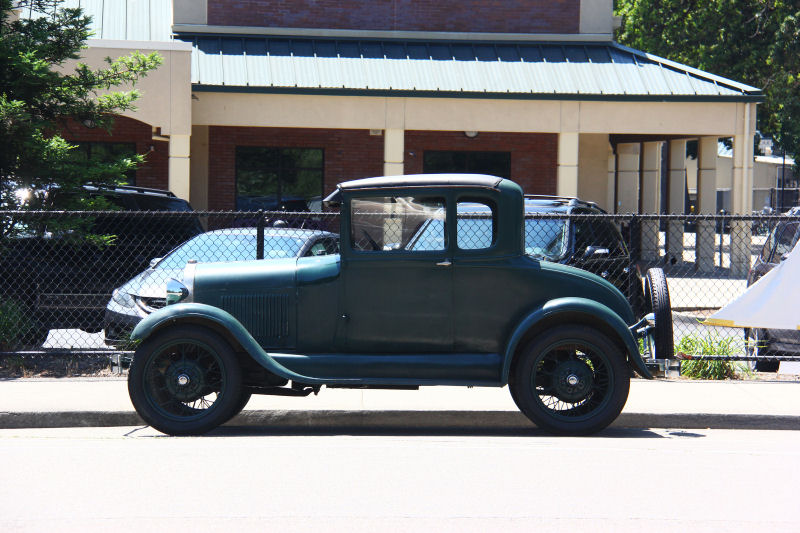 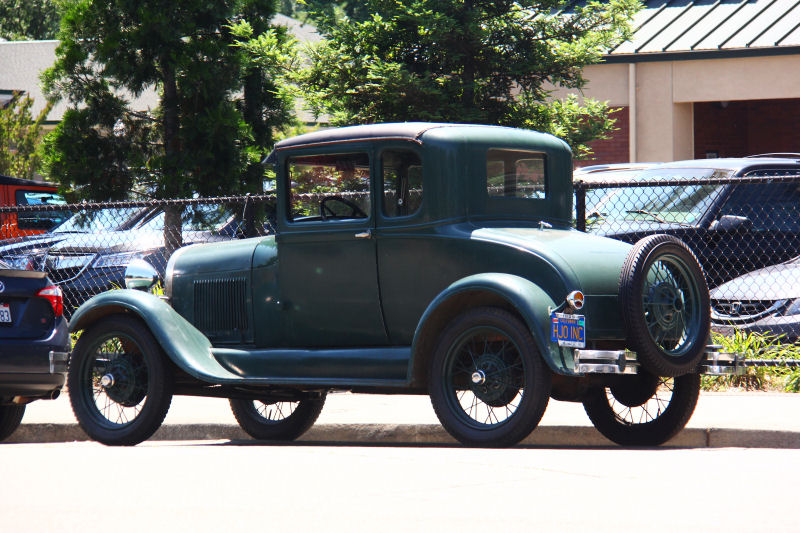 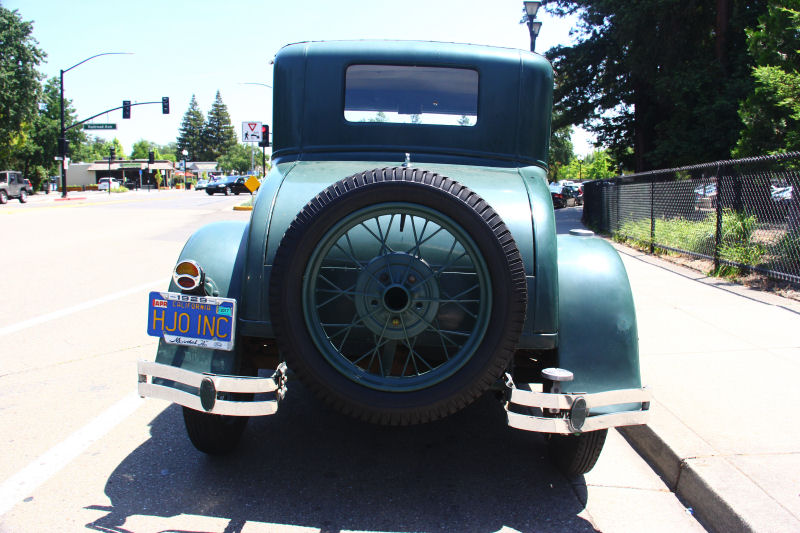 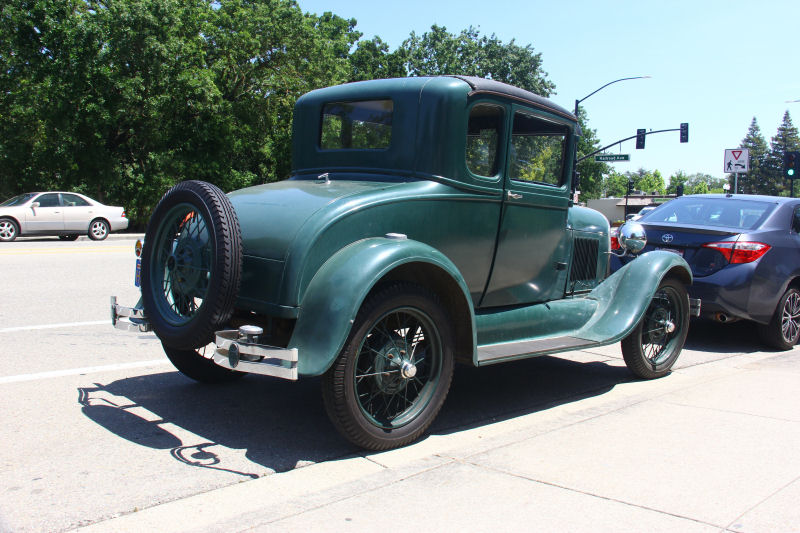 When I was in school I loved seeing students interested in older cars. We had a few kids with 1960s muscle cars. If memory serves, there were a couple of early Mustangs, an El Camino, a '65 Chevelle and one guy who drove an early '60s Cadillac. One girl had a beautiful orange '74 VW Karmann Ghia and one guy had a gorgeous Jeep CJ-7 Renegade. There was a very loud Foxbody Mustang and at least one third-gen Camaro. One of my friends had an '85 Corvette. But I was in high school in the 2000s so I missed the glory days of teens driving cheap, secondhand cool muscle cars, finned cruisers or prewar jalopies. Unlike some of my older readers, I didn't have classmates with hot rods or anything really unusual. 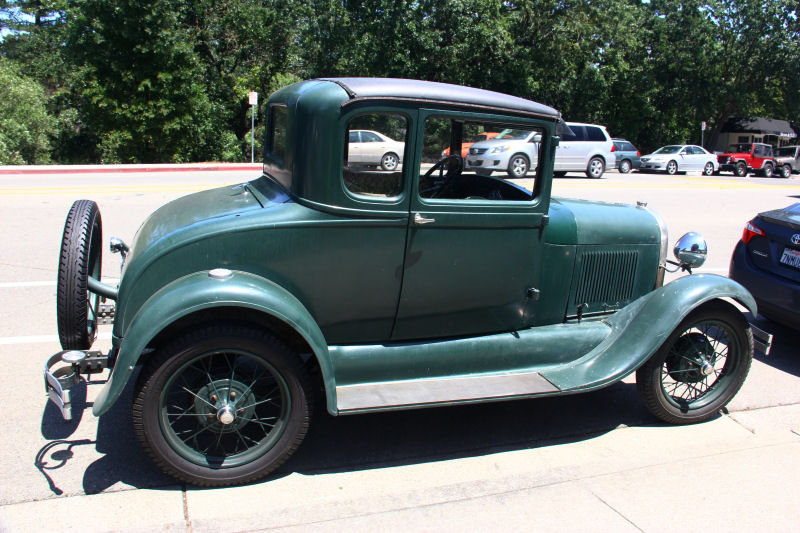 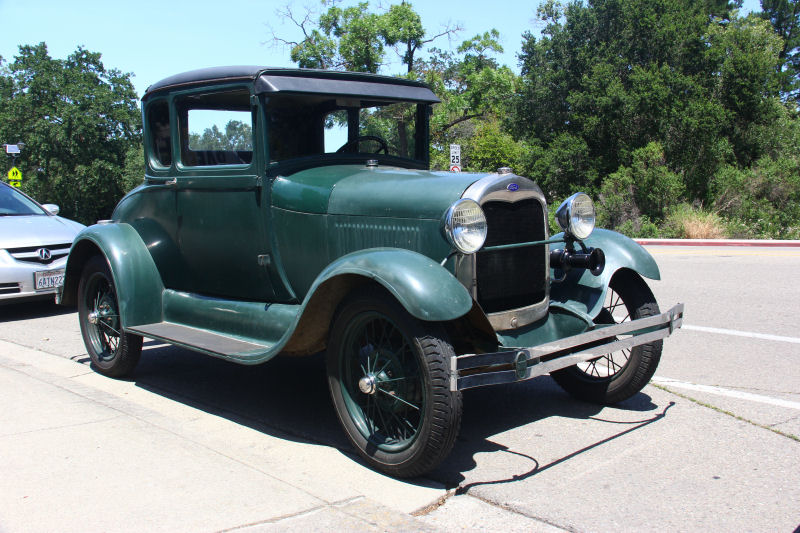 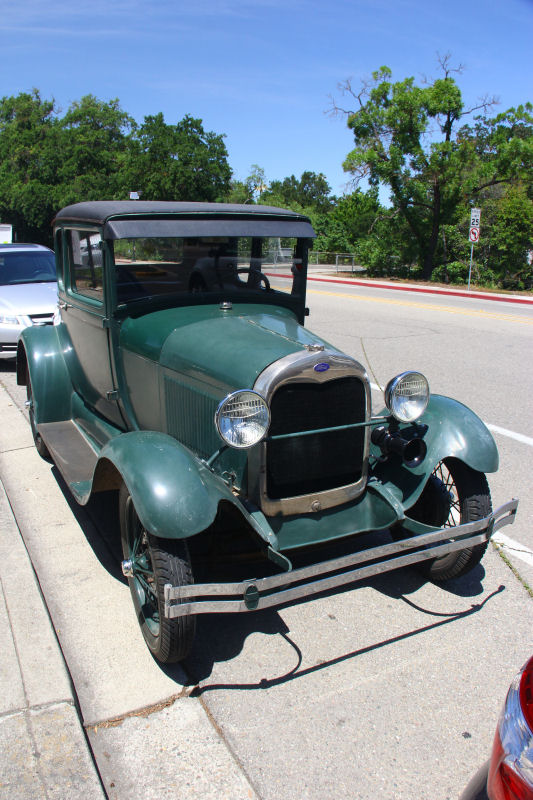 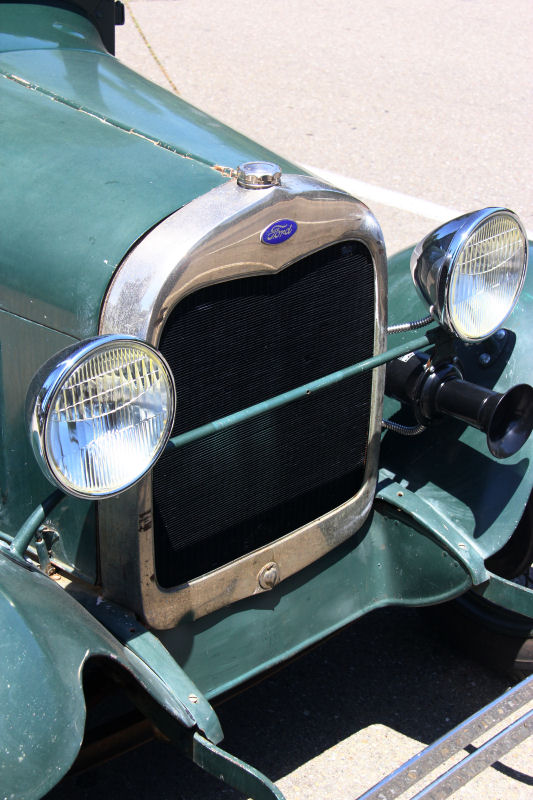 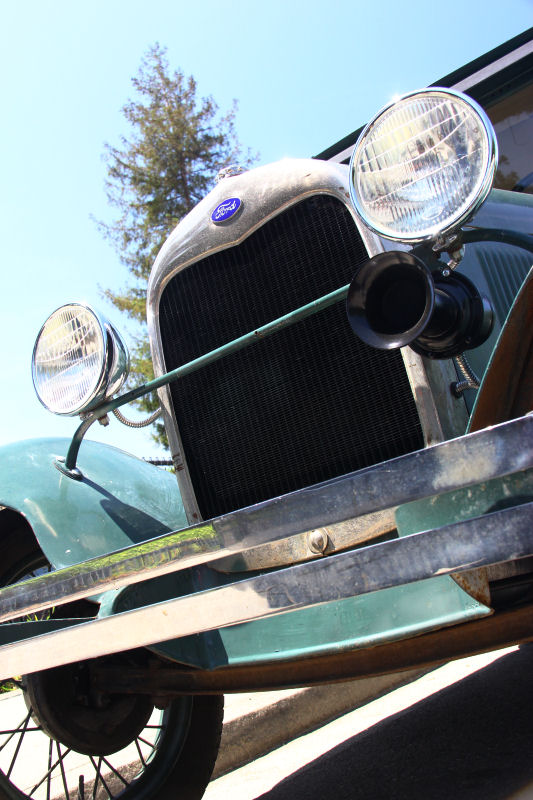 This Model A wasn't a mint condition example. It's not decked out with all of the fancy accessories one often sees on Model As. I'm actually glad to see one that doesn't have a Boyce MotoMeter or body pinstriping. It's very much in the vein of the older Model T, where everything is one color. Given that most Model As seem to have been painted with contrasting or accent colors, I would venture a guess that this one was repainted a long time ago. Probably either an approximation of Vagabond Green or whatever the owner had on hand at the time. 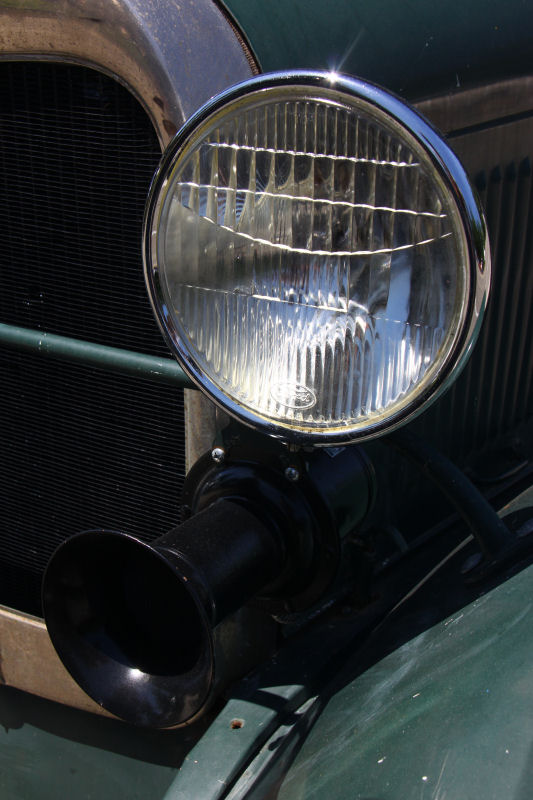 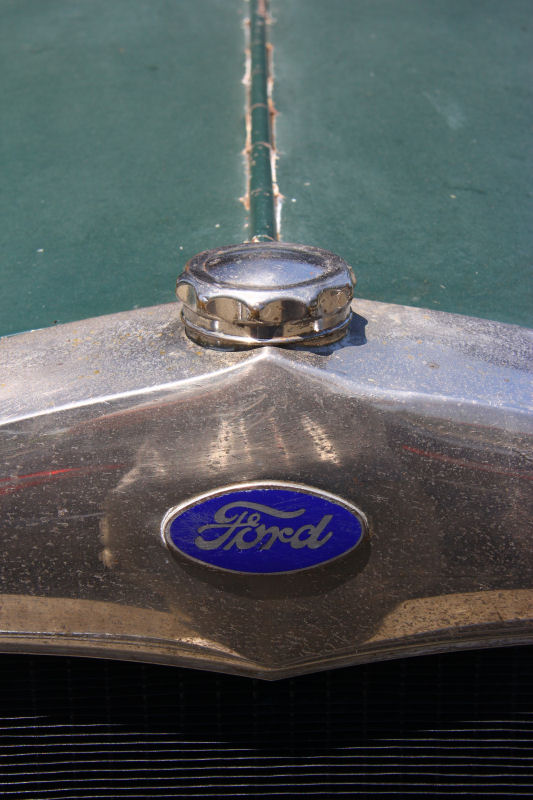 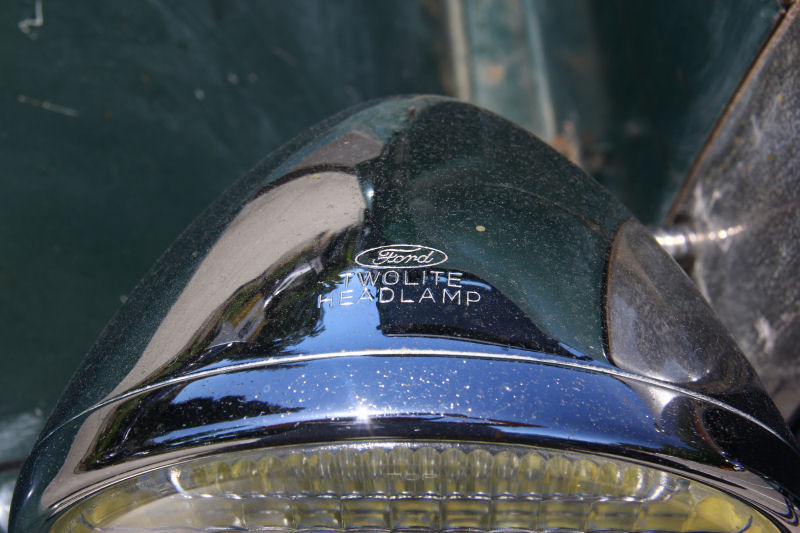 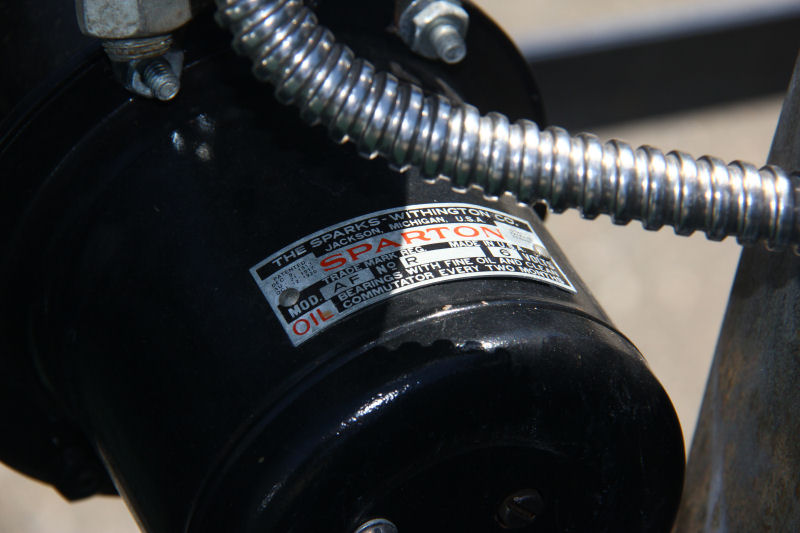 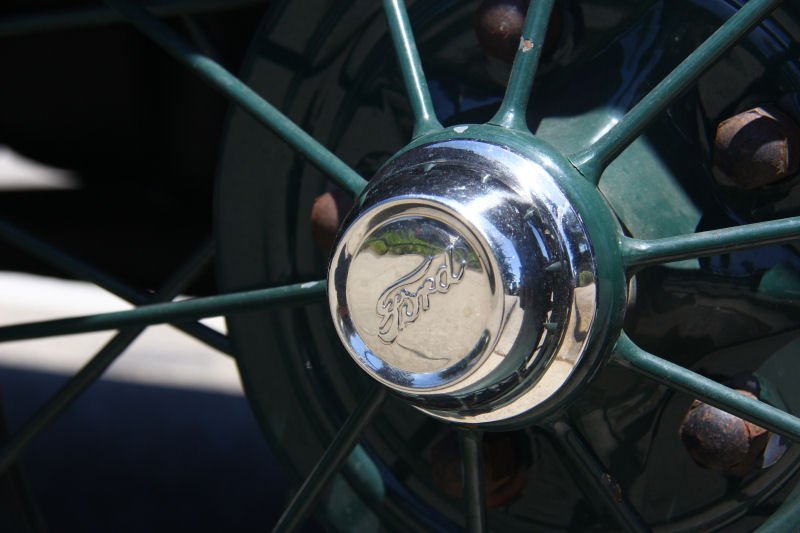 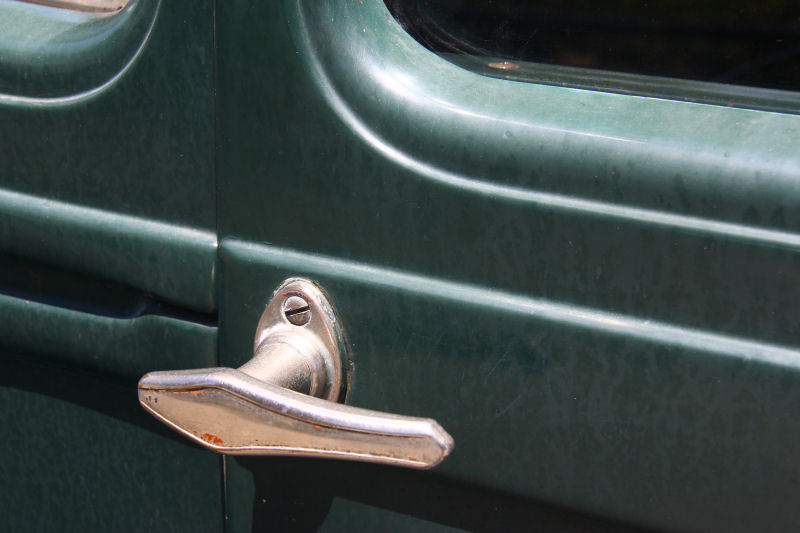 This car has a lot of fun little details that I made sure to capture. I liked that the lamps appear to be original or vintage items. Ford Twolite headlights have a dual-filament setup that apparently was new for 1929. The bulbs seem to work like a combination high and low beam. The Sparton horn is probably the newest accessory on the car. They've been making them since the twenties but you can still buy a brand-new, reproduction 6-volt Sparton horn complete with Sparks-Withington Company stamped data tag for a little under $300 today. This one had a curious dimple in the rear glass as though someone took a potshot with a BB gun at one point in the past. 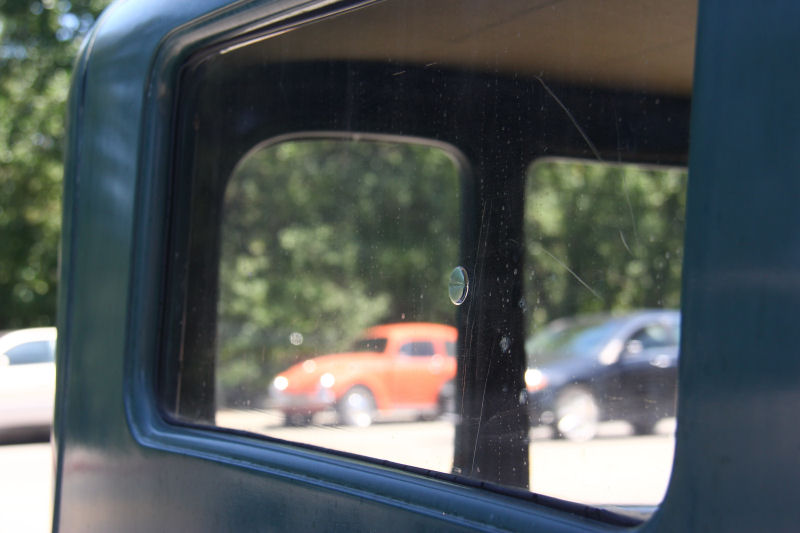 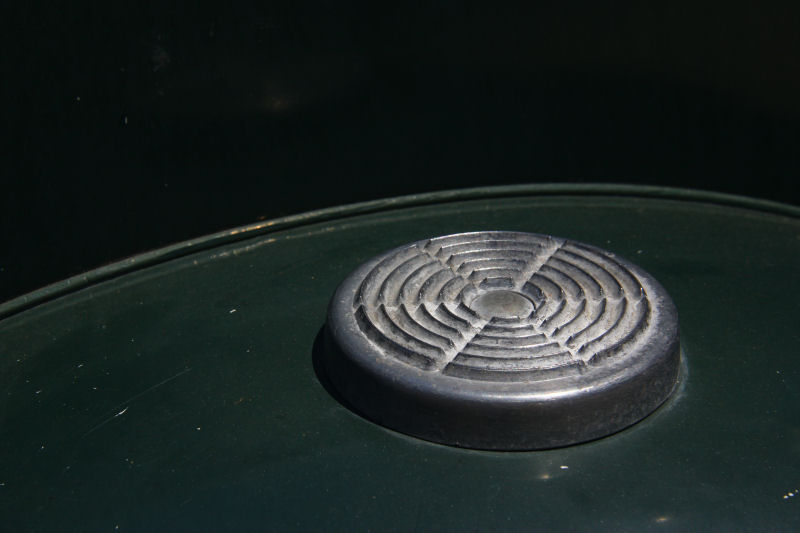 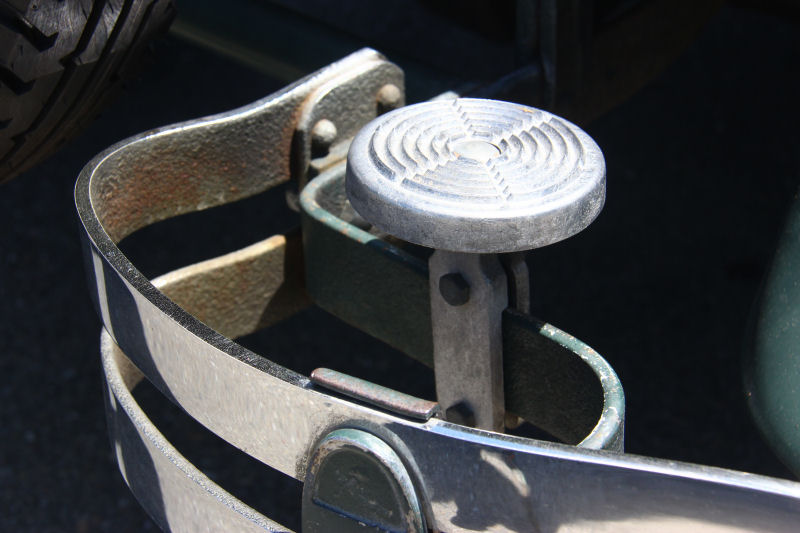 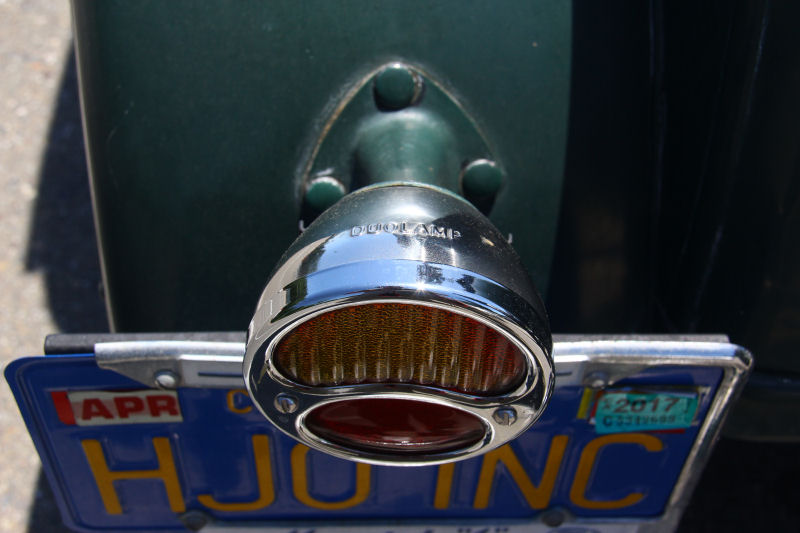 Model As are such a blank canvas as old cars go. People have done amazing things with them over the decades, from concours restorations in museums to hot rods to even the occasional EV conversion. This one looks solid enough to drive around town, tinker with, and just make people smile when you drive by. 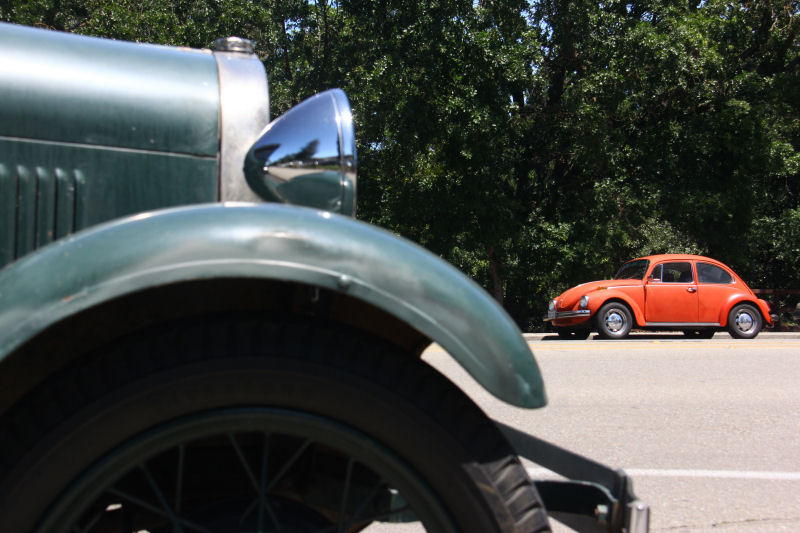 I'm still fond of this photo, which reminds me of an old Volkswagen ad, featuring a green 1929 Model A and a red VW Beetle. The Bug seen here is a more modern Super Beetle, but the parallel remains.