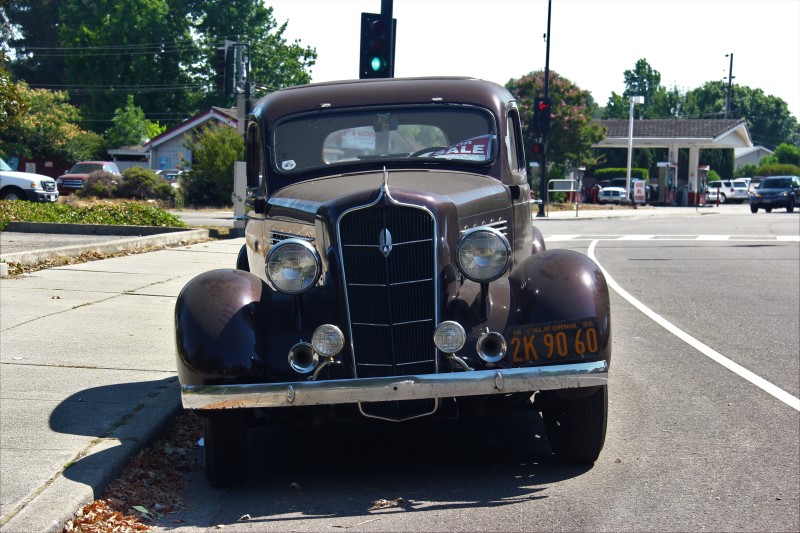 Summer is winding down and I'm really feeling screwed out of car shows. Thanks to COVID, 2020 has literally been the year without car shows at least in my area. Every so often I get to see a private owner taking a vintage car out for errands or a weekend drive, but not since the 4th of July have I really seen a gathering of more than one classic at a time. And that was only two cars in a parking lot. So today we'll try to satisfy your appetite for classic American iron with this 1935 Plymouth I pulled out of the archives from 2017. 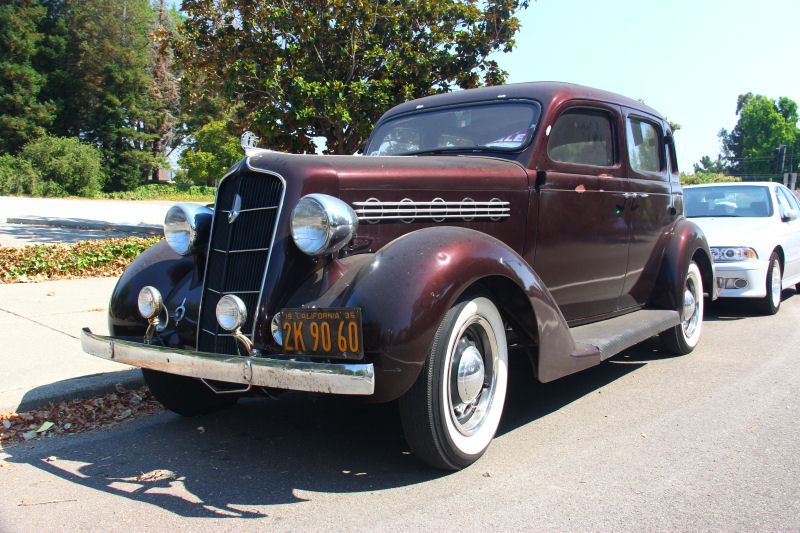 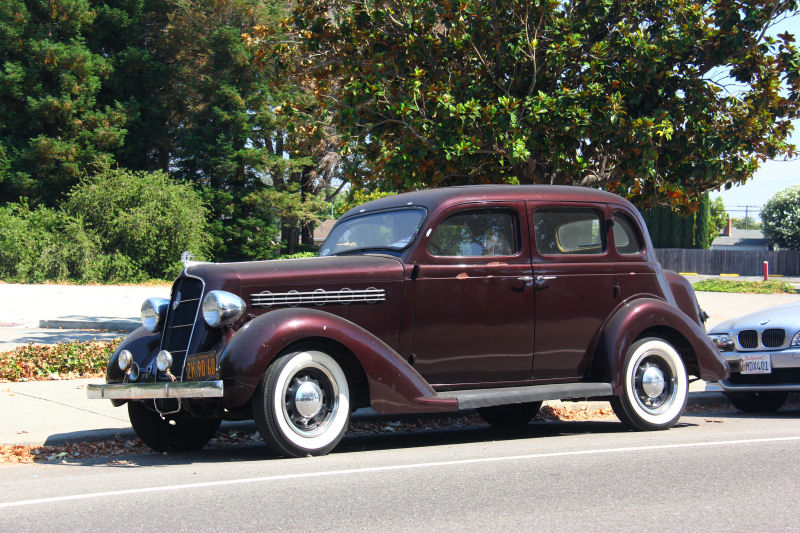 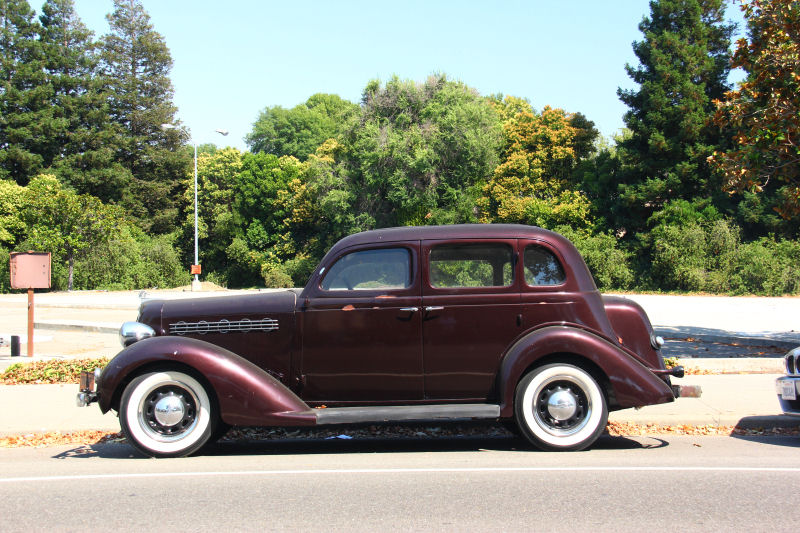 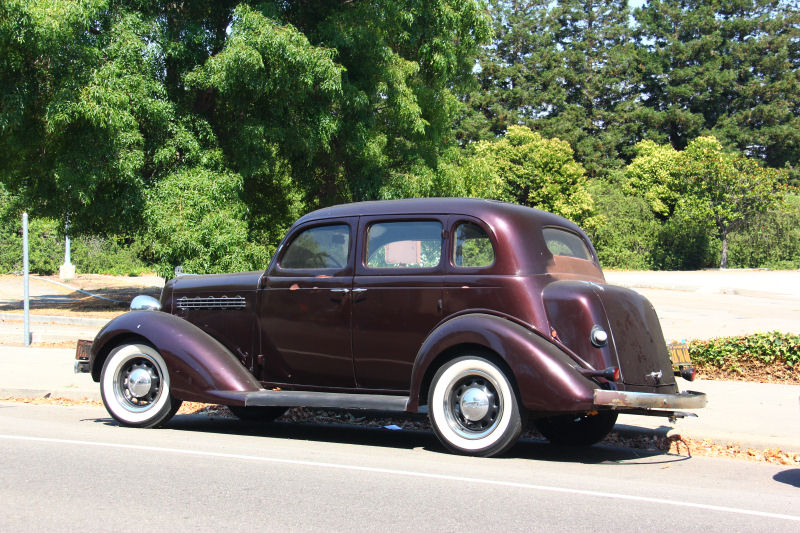 Usually when you see a surviving pre-war car, it's a Ford. It's a Ford coupe, Ford roadster, something Ford and something usually customized, hot rodded, what have you. I enjoy old Fords as much as the next guy but I was much more excited to see a pre-war Mopar product. Even if a four-door Plymouth was one of the cheapest and least exciting cars on the market in 1935. 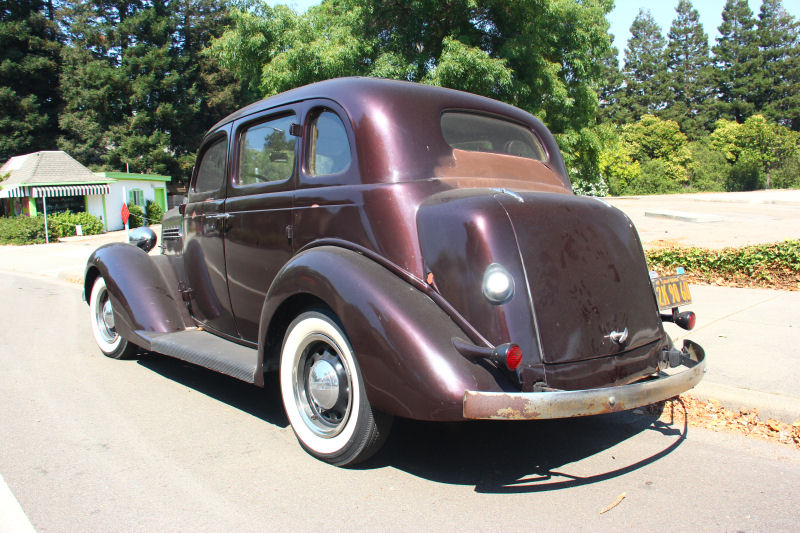 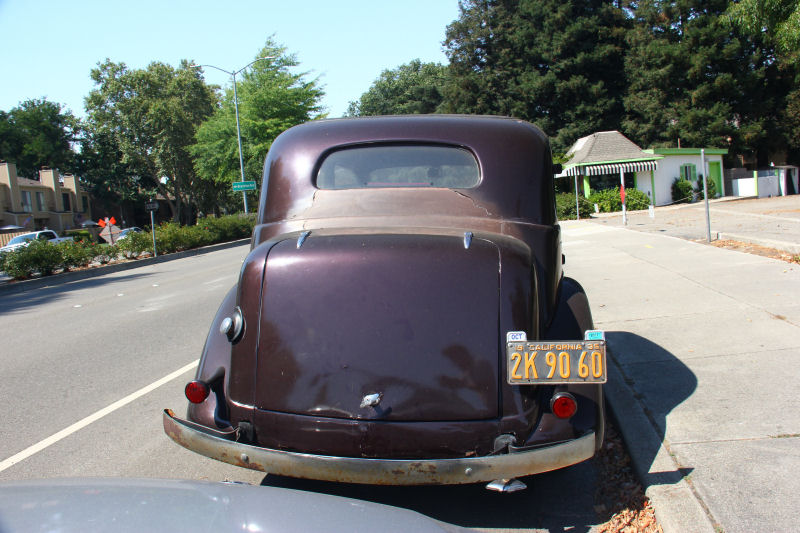 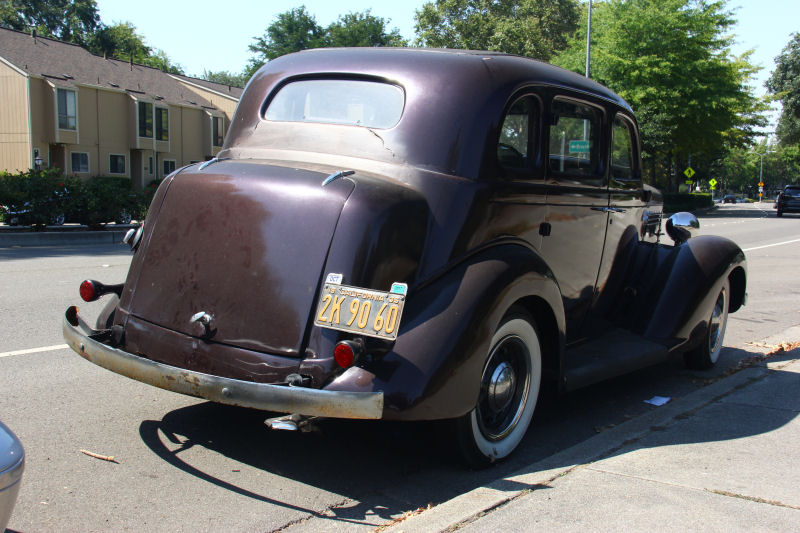 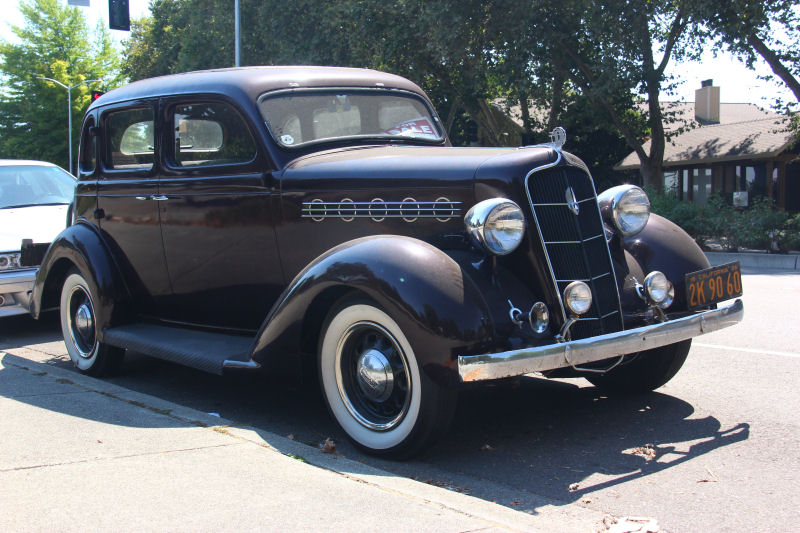 A 1935 Plymouth PJ Deluxe was a straightforward family car with a six-cylinder engine available in standard or economy forms. Standard power was up to 85 horsepower, with the lower compression economy engine making 65. It appears that the only transmission offered was an all syncromesh three-speed manual, advertised as the "Syncro-Silent" gearbox with a 30% lighter clutch effort than previous models. The most popular model was the Touring Sedan seen here, with a full complement of body styles available ranging from rumble seat coupes to a Westchester woody station wagon (a very rare vehicle indeed with only 119 made). A Deluxe Touring Sedan got you a built-in "trunkback" body as opposed to the separate trunk mounted behind the "slantback" sedan's sloping rear panel. Plymouth made notable changes for 1935 with full length water jackets in the engine cylinders and further engineering for better fuel economy and less oil consumption. The frame was made stiffer and the car featured four-wheel hydraulic drum brakes. One step backward was the front suspension, which lost its expensive independent setup and reverted to tube axles and leaf springs. 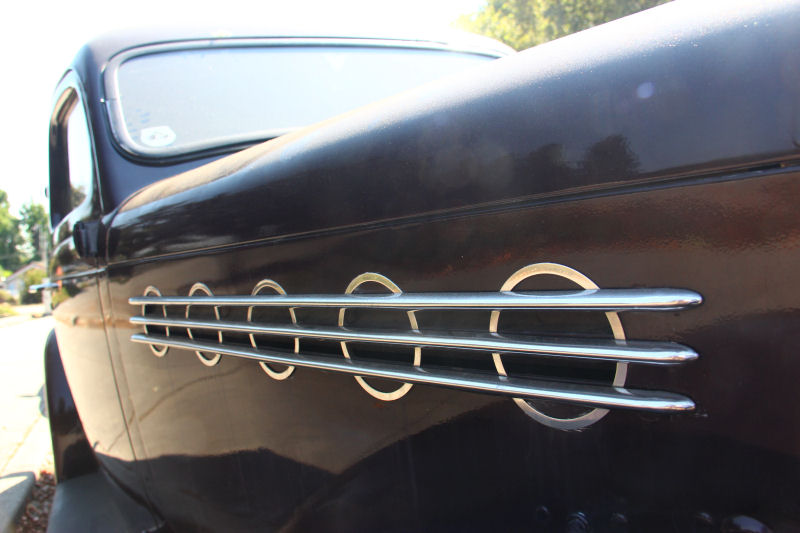 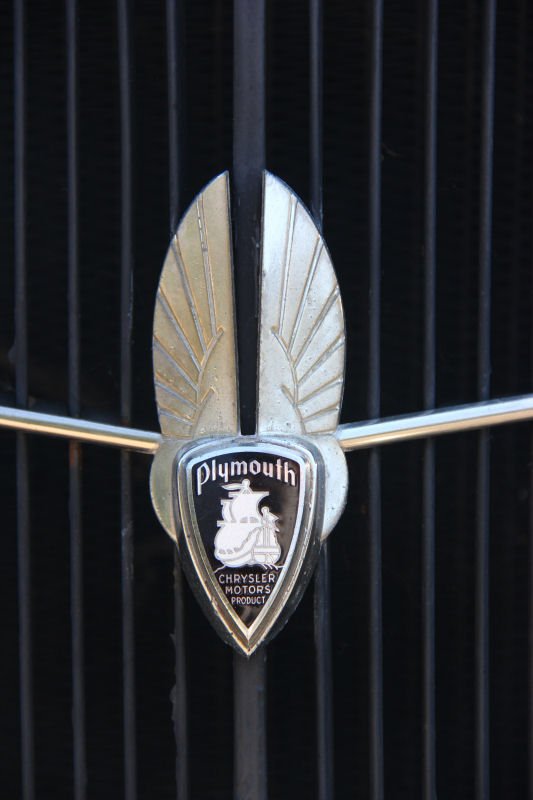 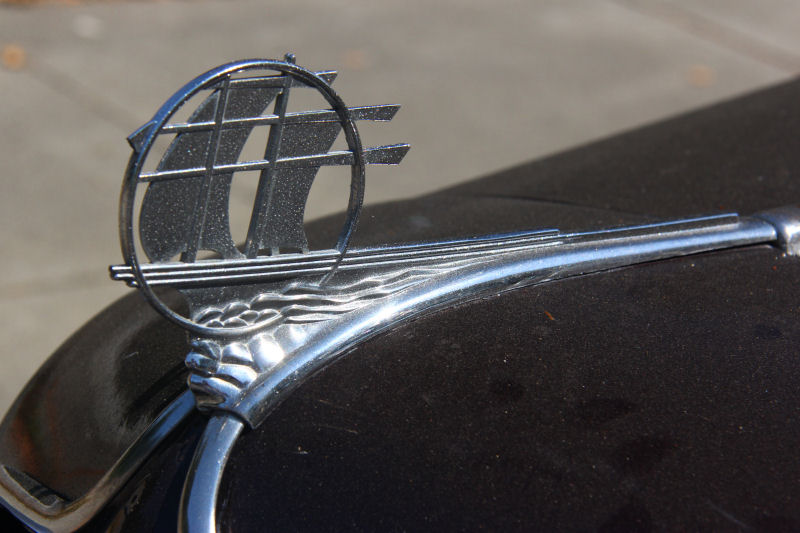 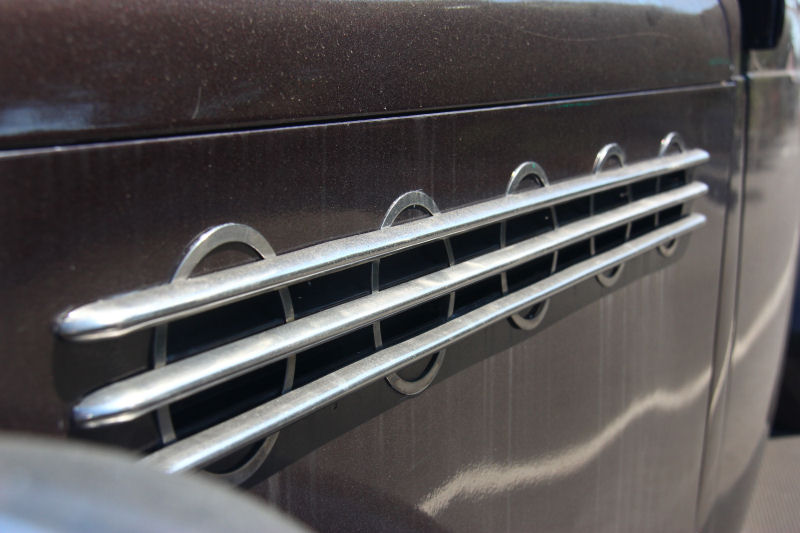 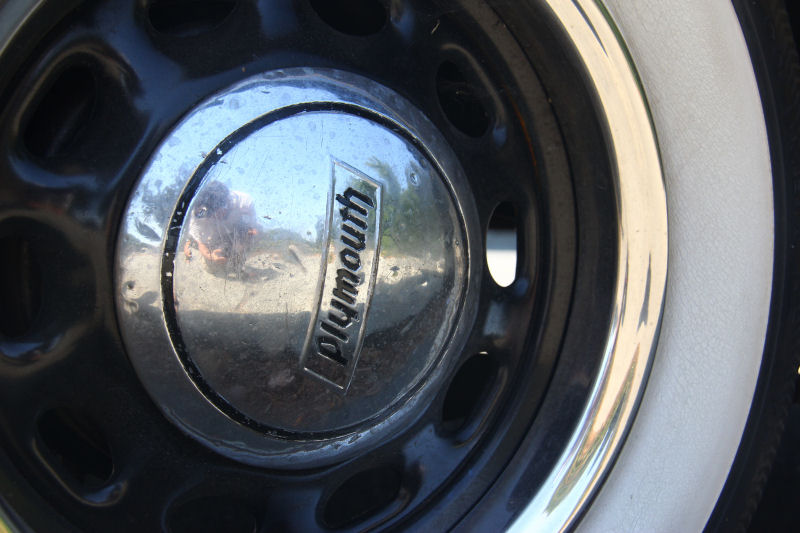 This Plymouth looks to be either a much older restoration or a basic repaint completed many years ago. The paint is a fetching deep maroon color that would look pretty classy if refreshed and cleaned up. Sadly the finish seems to have failed beneath the rear window and the car looks like it suffered some minor accident damage to the rear at some point. Much of the chrome could stand to be replated. This could be a really great, very original driver with a bit of work.