It's still rather interesting to me the way that car companies used to do models using the same body for several different trim levels and nameplates. In 1970 you could walk onto a Plymouth dealer lot and purchase a standard Belvedere, or you could spice it up with a Satellite, Sport Satellite, GTX or Road Runner. The lower Belvedere and Satellite models were available in a full complement of body styles, but the Sport Satellite was limited to hardtop coupe, sedan or station wagon and the GTX was hardtop only and the Road Runner was coupe or convertible. This car appears to be a regular Satellite hardtop. Satellites were offered with a 225 slant six or 318 small block V8, with a two- or four-barrel 383 V8 optional. 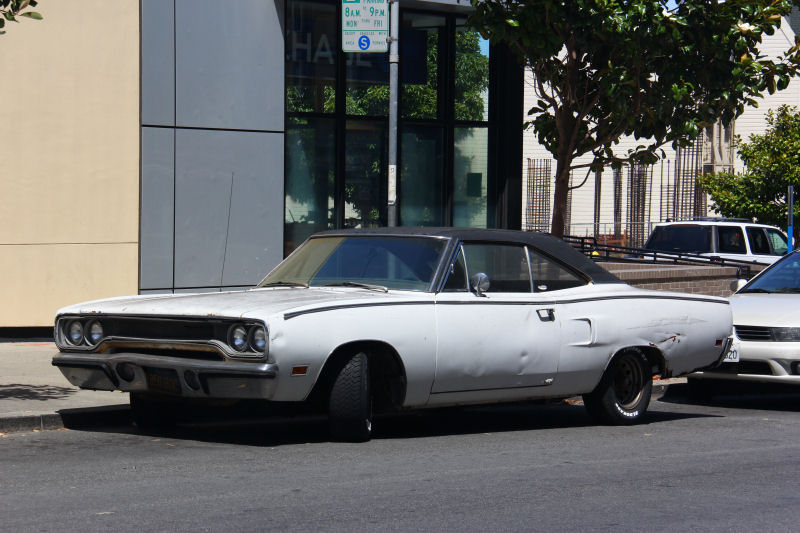 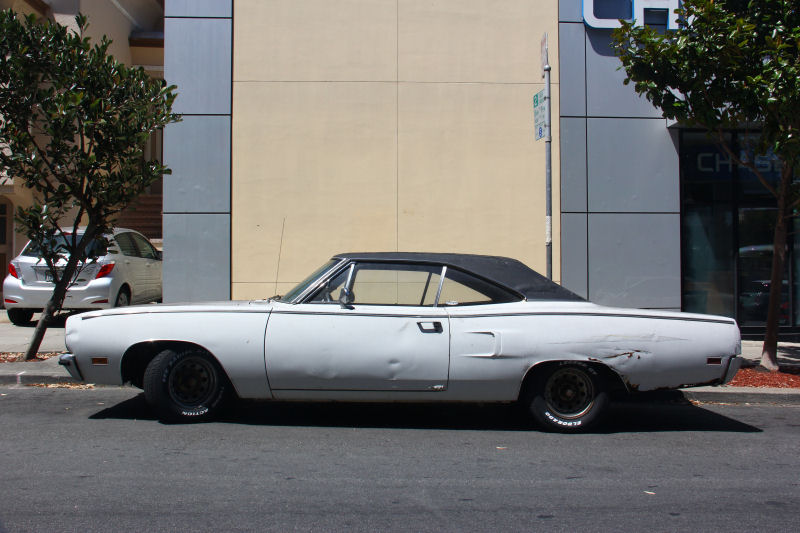 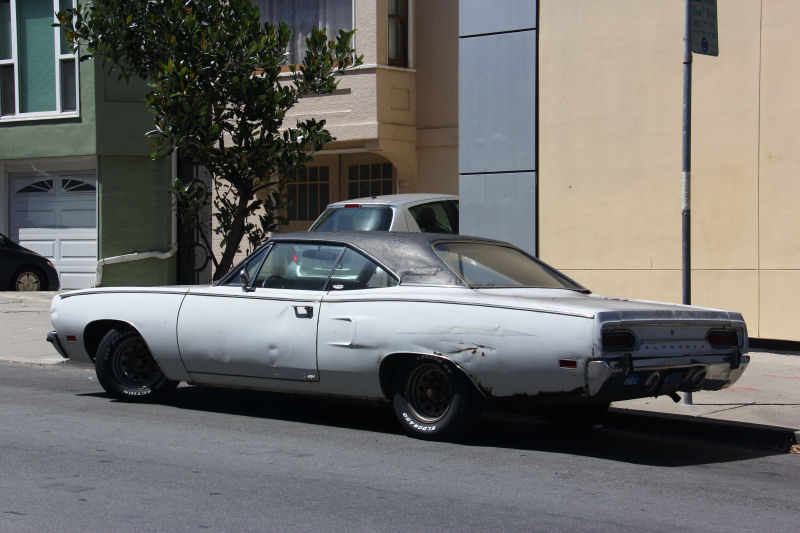 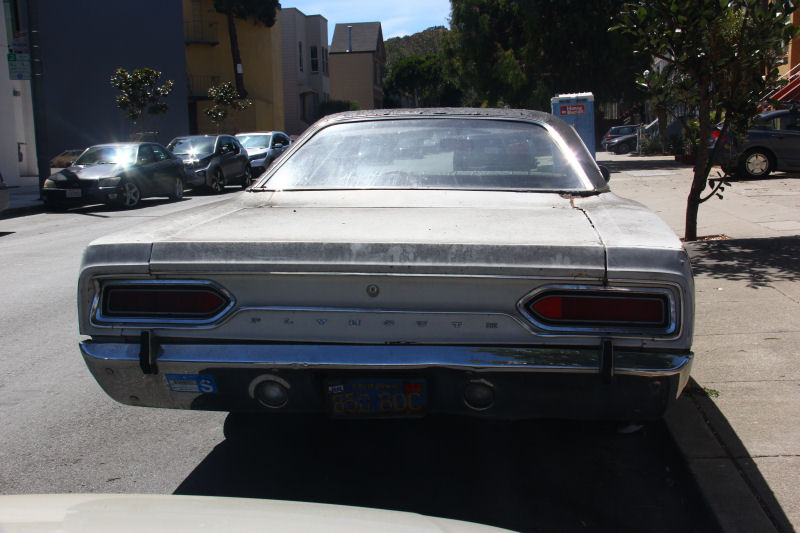 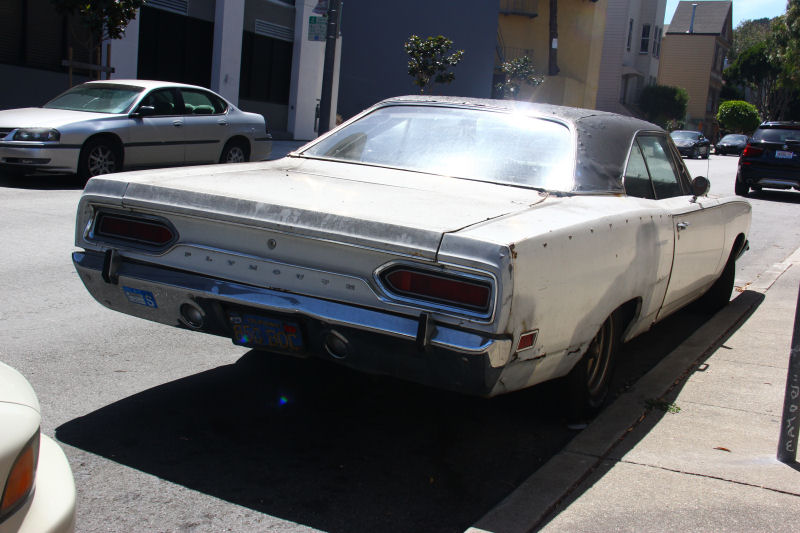 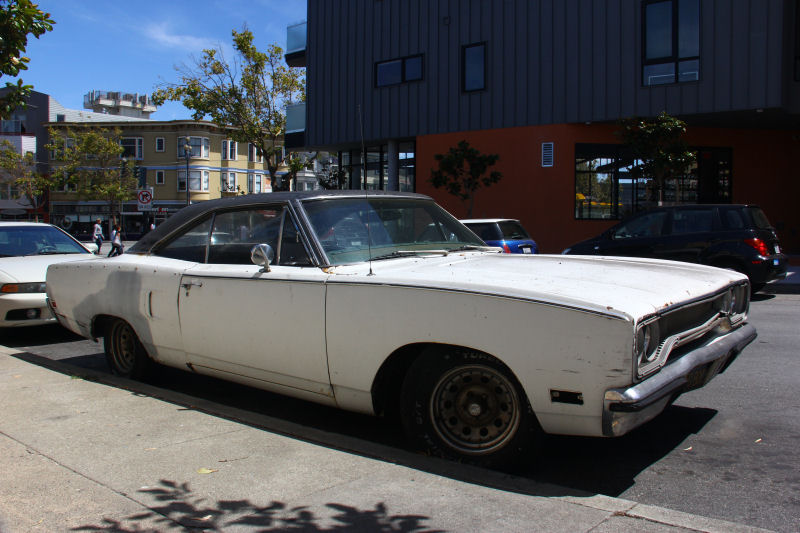 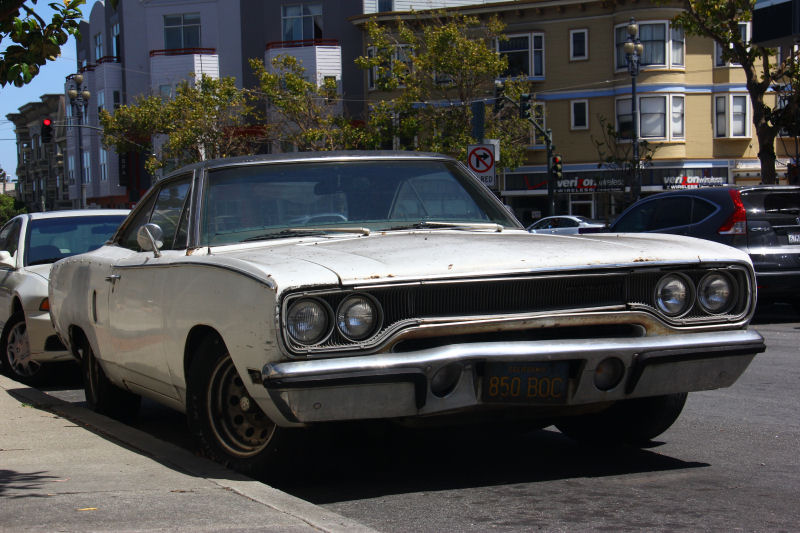 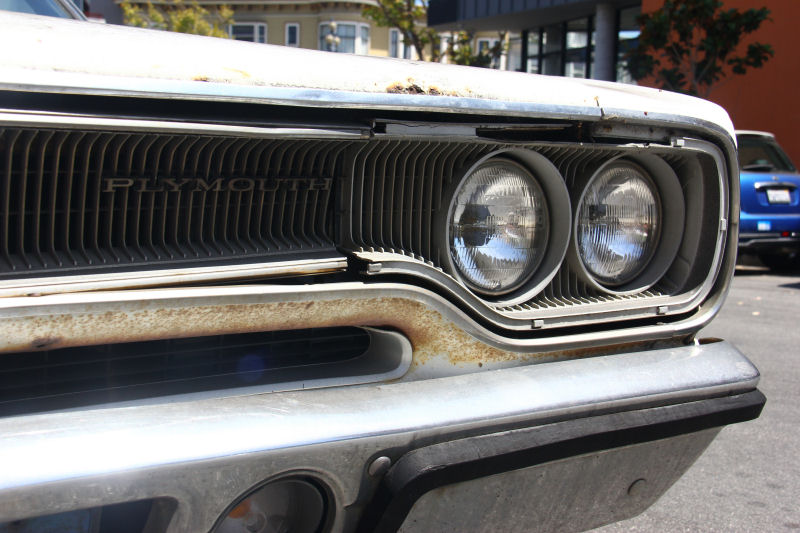 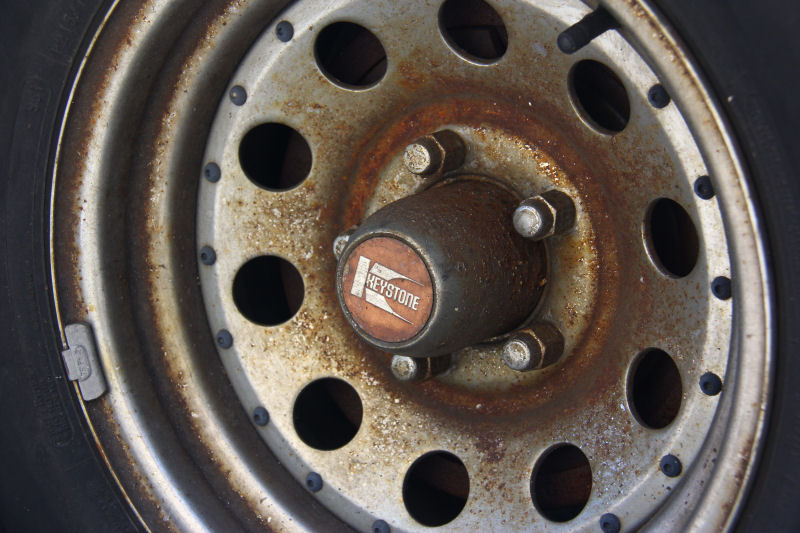 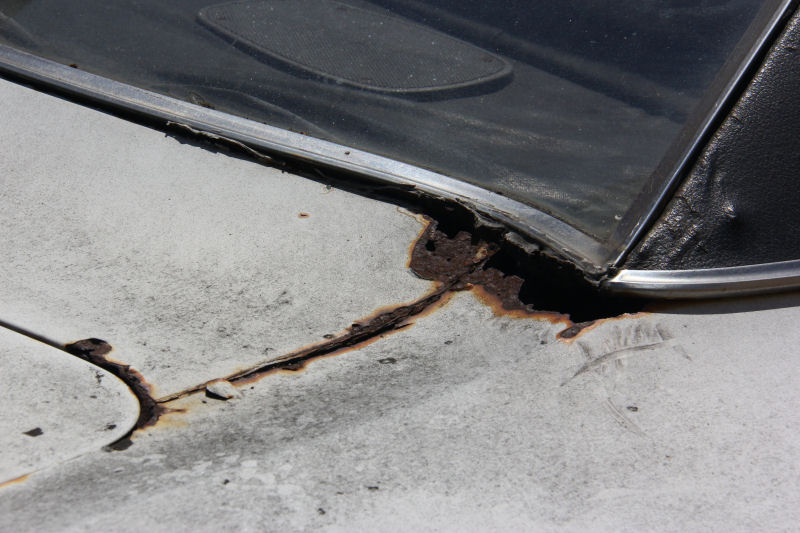 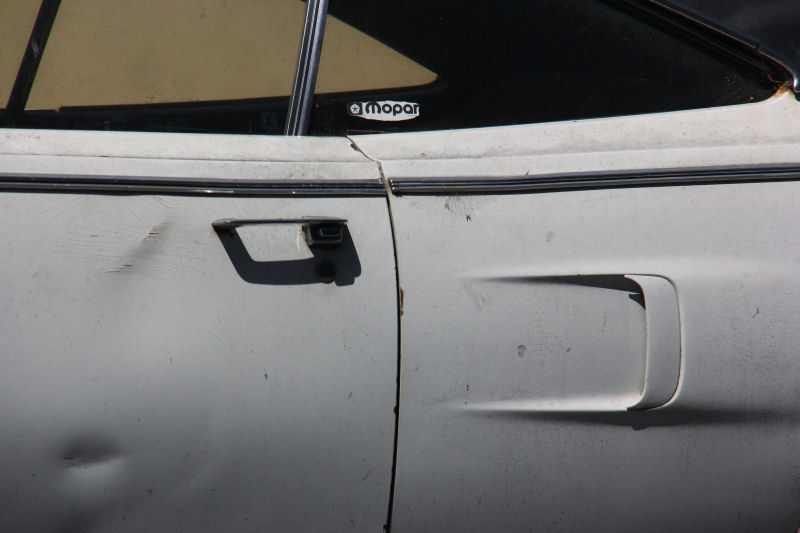 Judging by the single exhaust, I'm guessing this Satellite is motivated by one of the tamer engines. It has definitely seen better days yet is still in regular use. It serves as an urban runabout and appears to have done so for many years. The white body is beat up, some trim is missing and rust has taken its toll in all the places that trap moisture. There is a lot of moisture in San Francisco, so much so that the trademark fog has a name (the locals call it Carl). The chrome Keystone Modular wheels have also rusted, but they, along with the white letter tires, lend the car a tougher appearance. It's like a muscle car for an action movie anti-hero.