Nowadays the BMW 7-Series is one of the standard choices in the luxury sedan class. But 40 years ago BMW was only a bit player in the United States, known primarily for motorcycles and the 2002 coupe and occasional sales of a four-door sedan based on the 2002's "New Class" platform. Buyers looking for a luxury coupe could get the E9 CS, either as the 2800CS or later the 3.0CS. The E9 was developed from the New Class, and in the late 1960s it gained a stablemate in the form of the New Six (E3) six-cylinder large luxury sedan. 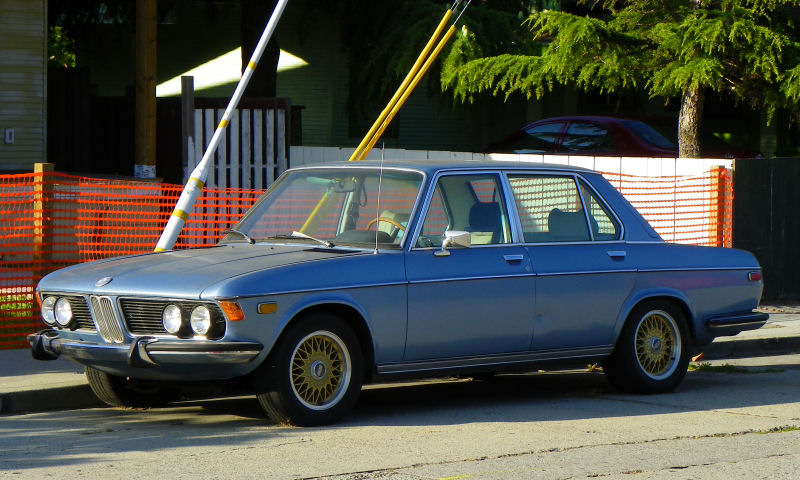 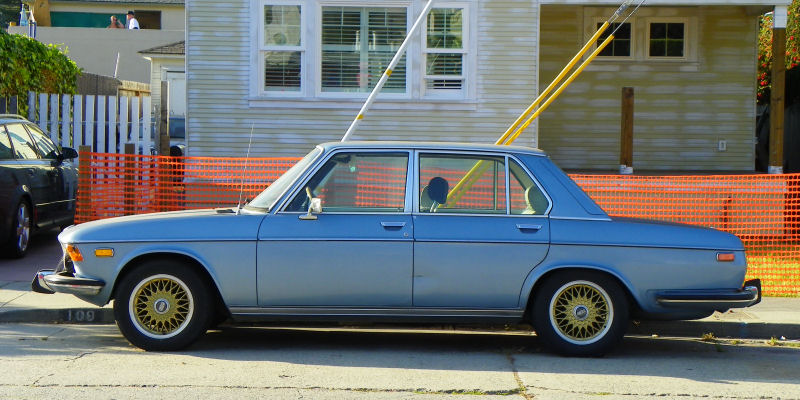 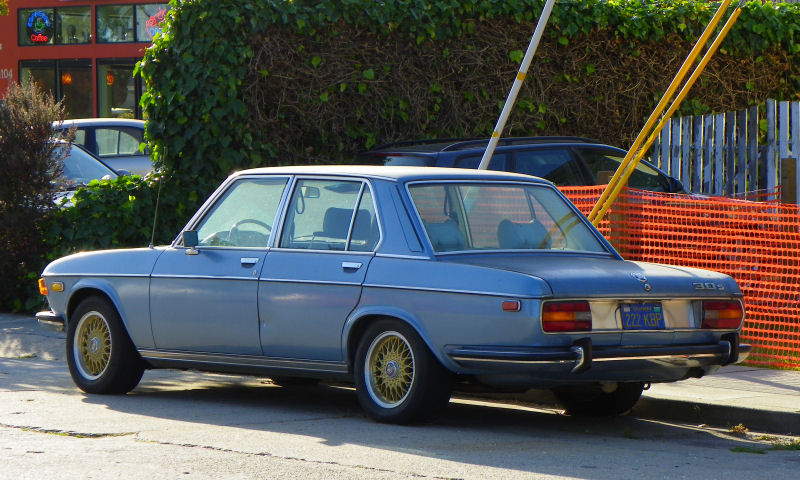 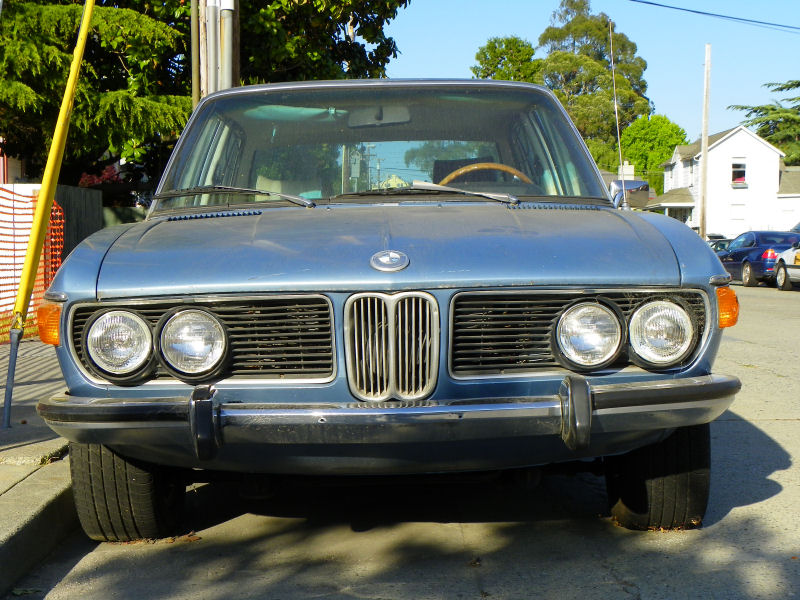 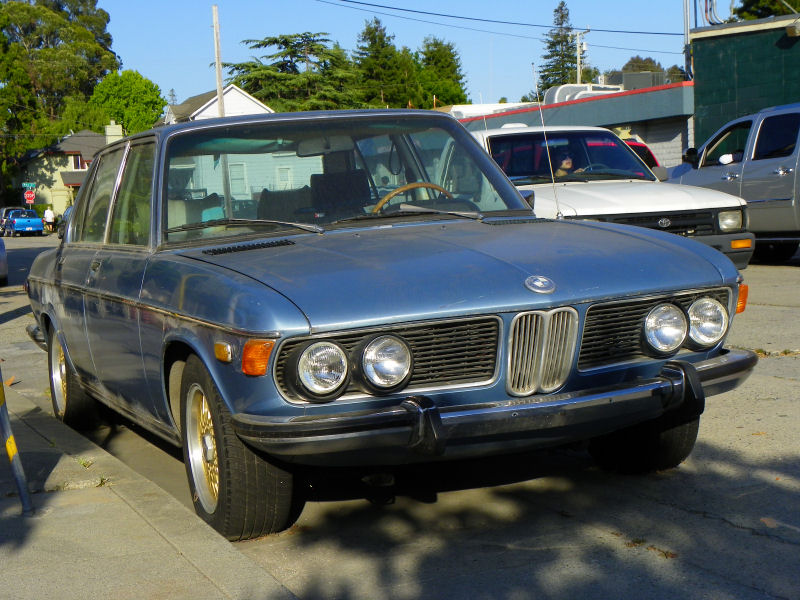 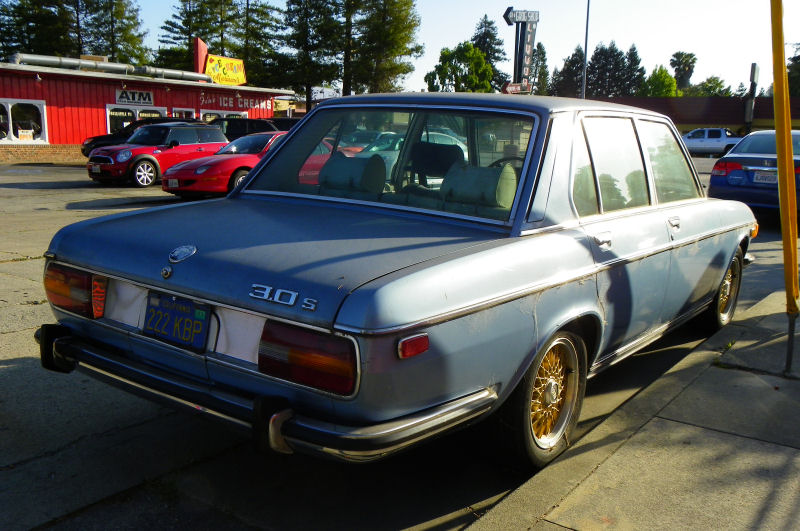 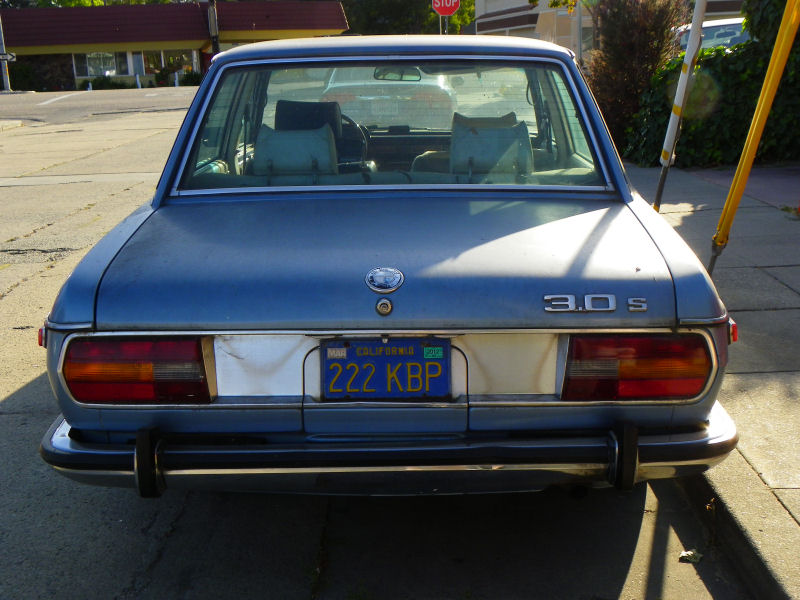 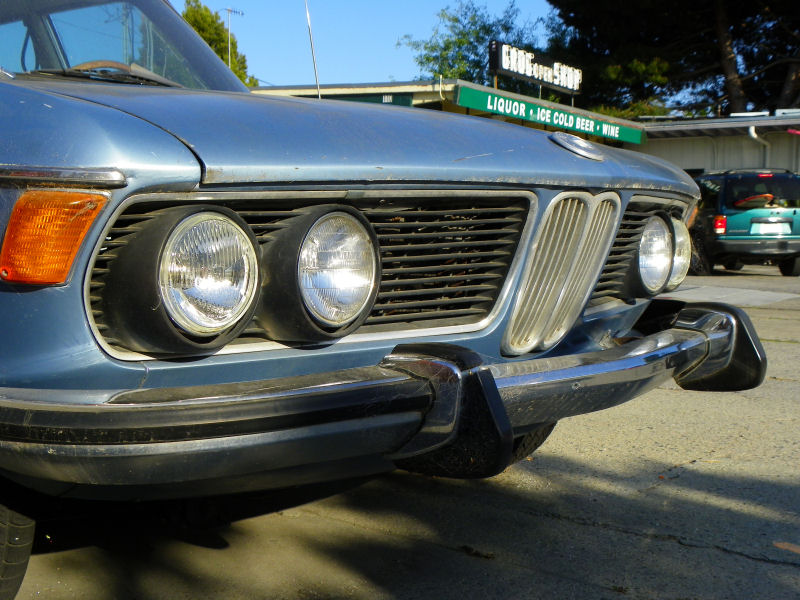 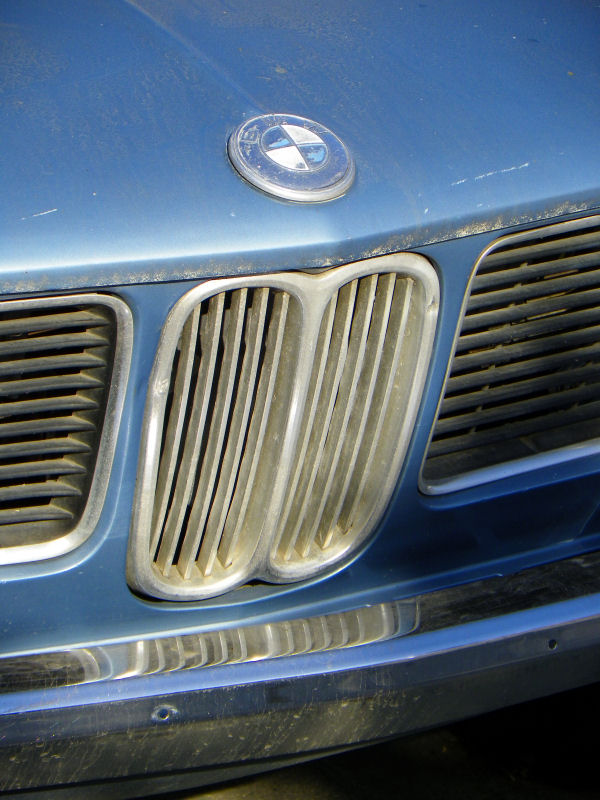 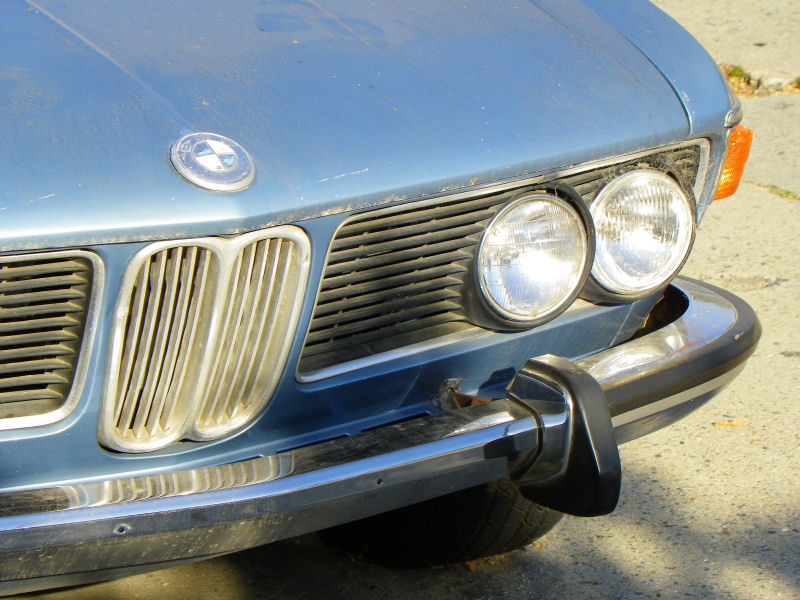 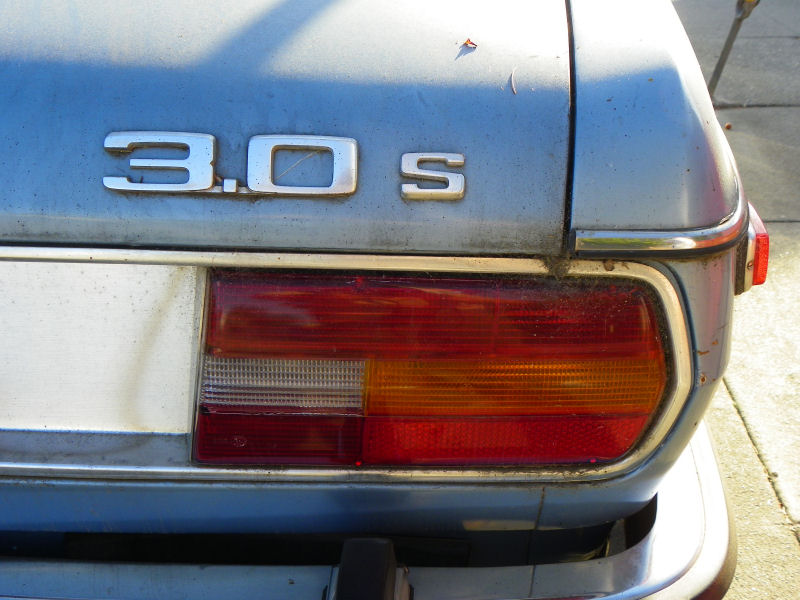 The E3 was the car that really put BMW on the map as a maker of sporty luxury sedans. The E3 started out with a 2.5 or 2.8 liter straight six that was enlarged to 3.0 liters for the 1972 model year. The car came to the US in 1969 and was a strange alternative to the huge domestic V8 Cadillacs and Lincolns upholstered with living room furniture for seats. The BMW had four-wheel disc brakes and fully independent suspension, and most came with a floor-shifted manual transmission. It was a car no Fleetwood buyer would dare cross-shop. In 1972 the 3.0 six was made available and the 2.5 dropped. The lower-spec 2.8 model was called the Bavaria in the US, and the fancier, larger-engined car was the 3.0S.
This car is a 1972-73 3.0S sedan. I couldn't narrow it down to an exact year because the car is smog-exempt (its plates aren't in public state emissions testing records). All I knew was that it's pre-'74, the year that federal mandates forced BMW to install oversized rubber crash bumpers. (Edit: Thanks to the owner, we now know that it's a 1973 model exactly.) It sounds like this is a desirable early '70s Bimmer, with the big engine, small bumpers and BBS wheels and in relatively good condition. Color appears to be Fjord Blue Metallic but I could be mistaken. It could use a good cleaning to remove all the cobwebs and dirt and at least a proper wax if not a full repaint. The door dent on the driver side could also stand to be massaged out. I'd love to see it get cleaned up before the salty Santa Cruz air eats it alive.
Posted by Jay Wollenweber at 12:00 AM