Very rarely in the United States will you find a Volkswagen Type 2 pickup. Thanks to the so-called "chicken tax" of 1963, which put heavy tariffs on light trucks imported to the US (because France and West Germany put a 25% tax on US chicken imports to their countries), vehicles such as the VW Bus/Transporter pickup and cargo van variants were rarely worth the trouble of importing since the cost was so high. The only alternative was to pass the cost on to the consumer, and people didn't want to pay 25% more for the same vehicle, so they simply bought an American-made truck or van instead. VW Kombi Buses were classified as passenger cars and marketed as station wagons, so they weren't subject to the chicken tax. The chicken tax is still in effect for any foreign-made light truck imported as a fully assembled vehicle. 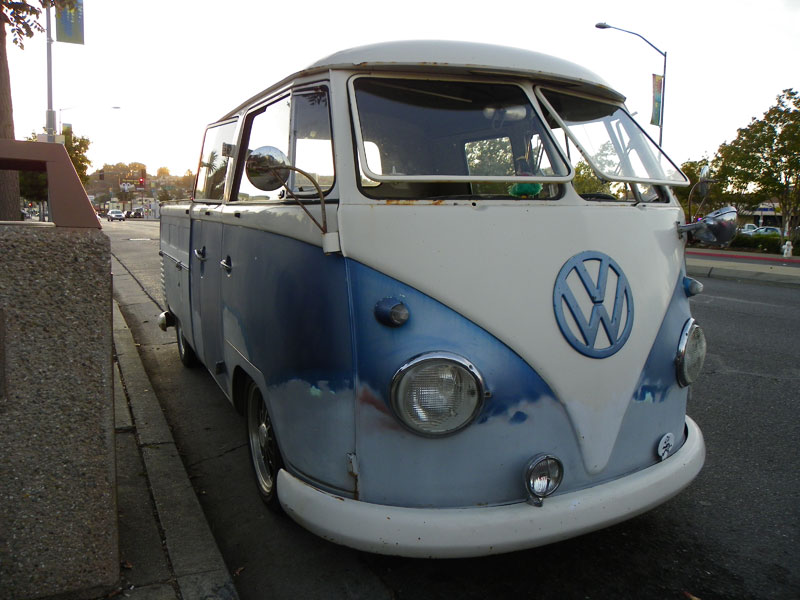 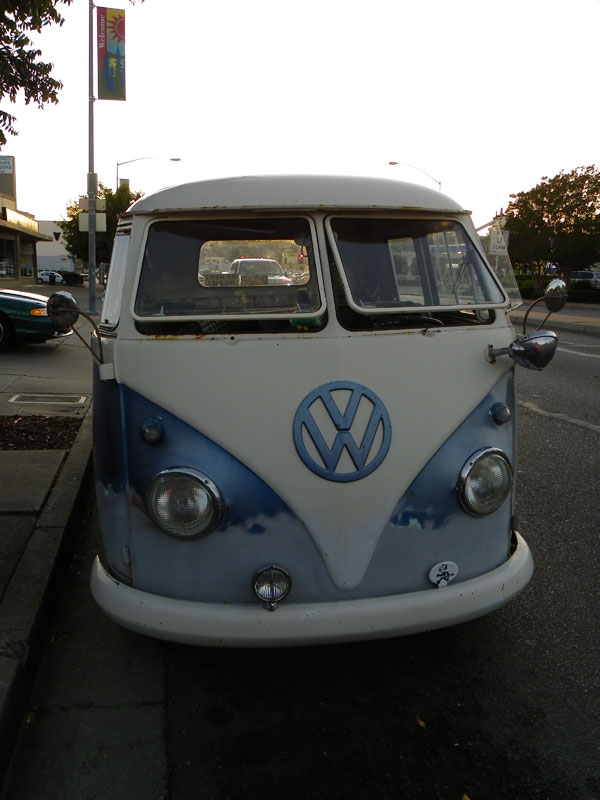 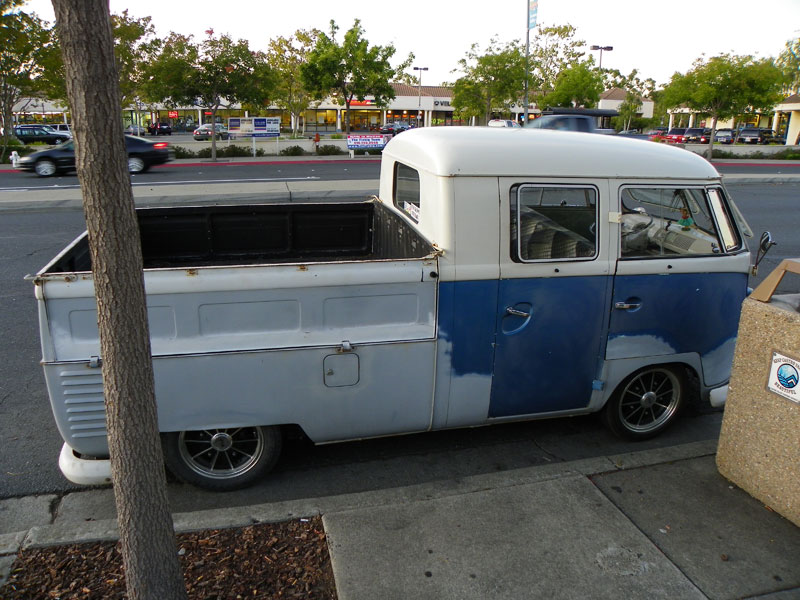 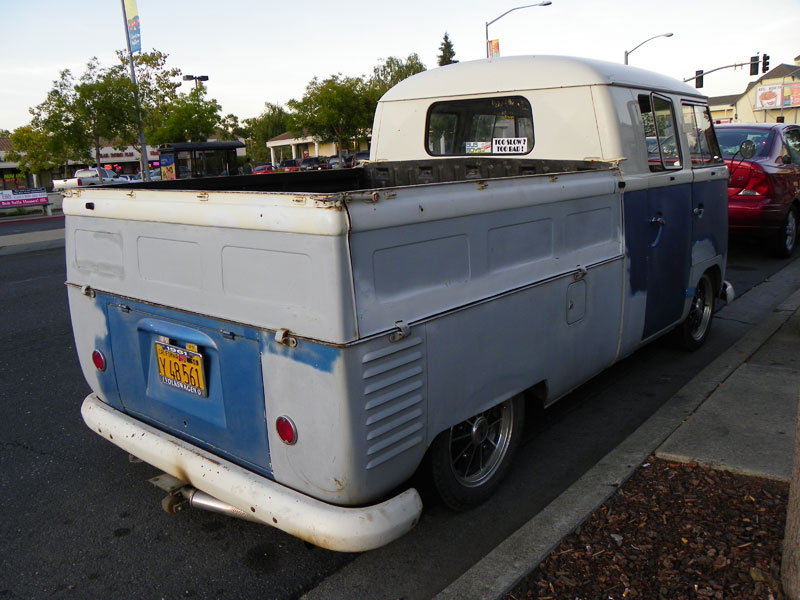 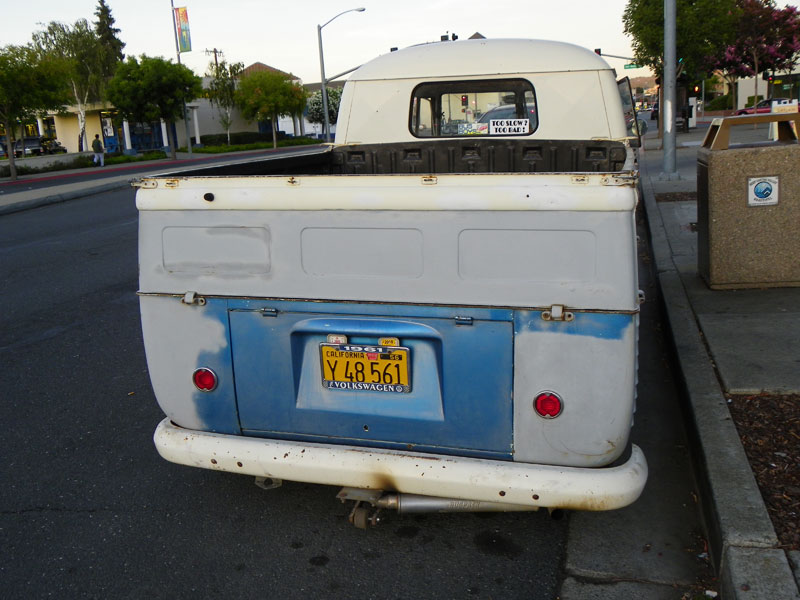 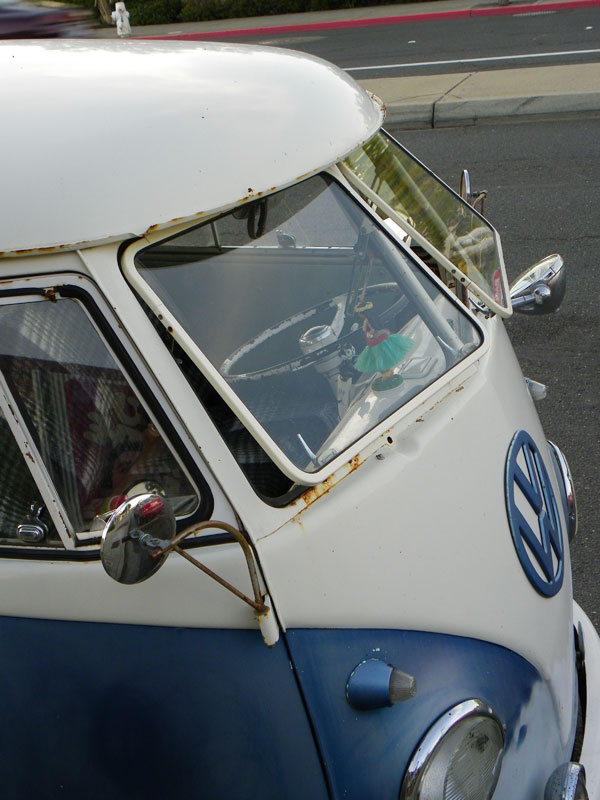 Most VW trucks I've seen are early models from before the chicken tax was enacted. They were available with single or double cabs. This one's a 1961 model as indicated by the license plate frame. As is common with VWs, this one has a lower stance than stock and the EMPI BRM wheels are custom. It features a spotlight mounted on the left front corner, an addition I haven't seen on one of these before. The owner has a bit of an attitude about his truck, evidenced by the "Too slow? Too bad!" bumper sticker. This has the makings of a cool custom truck and would look great if the owner saved up for a quality paint job in the same white and blue two-tone and some new upholstery. Not that the Navajo blanket over tattered fabric look isn't a classic budget hot rodder's standby, but wouldn't some blue or black upholstery with white piping look better?
Yes, I know that since I photographed this outside of a fast food restaurant, and have seen it there many times, the owner probably works there and doesn't have much money to spend on his ride. A guy can have plans though, so I hope he manages to finish his VeeDub someday. I look forward to seeing it done.
Posted by Jay Wollenweber at 12:00 AM