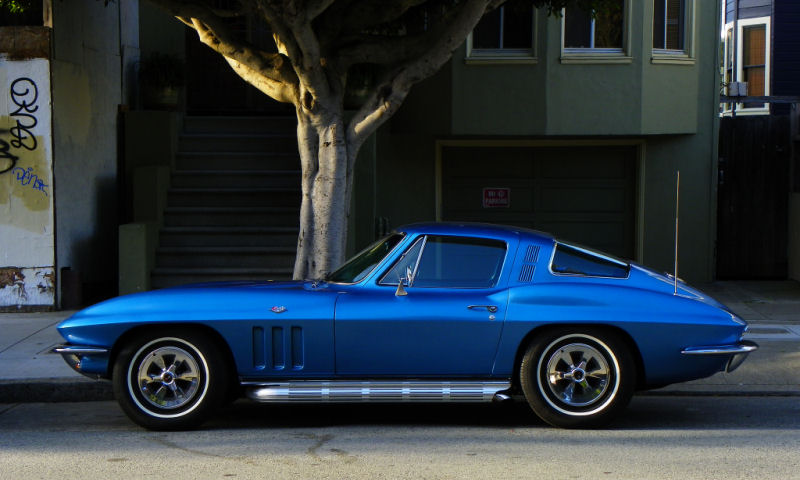 I've always been a sucker for 1963-67 Corvettes, and yet I rarely photograph them. Why is that? Because they're something of a cliche. They're like first-generation Mustangs, 1955-57 Chevy Bel Airs, and such. At car shows, everybody has one. You might say I'm spoiled, living in California. It's the most populous state with the most vibrant car culture, and my local fairgrounds hosts car shows every four months with 3,000+ cars. Dozens of C2 Corvettes show up, and I walk right past most of them. 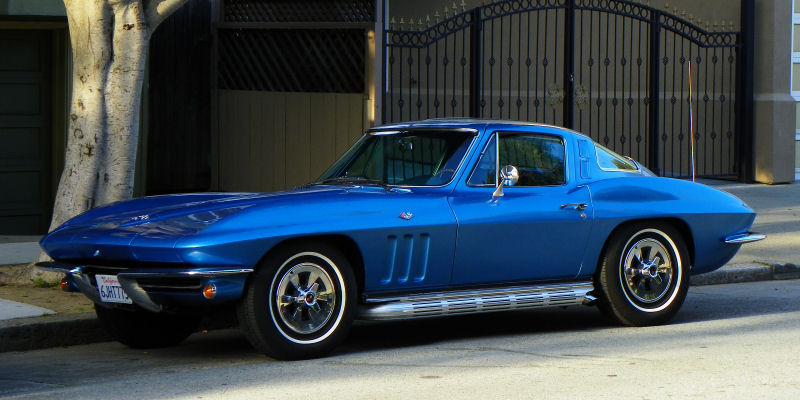 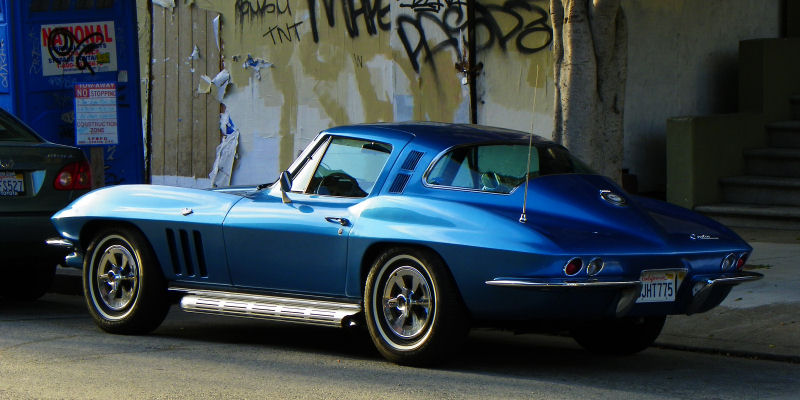 However, in the real world, vintage Vettes are much less commonly seen. So when this gorgeous blue '65 Sting Ray pulled up and parked, I grabbed my camera. In retrospect, I probably should have taken more pictures of it. I shot this car the same day as the '64 Sting Ray I posted last July, it was late in the day, and I probably wasn't in the mood to spend a bunch of time getting close to a car nearly identical to one I'd just photographed pretty thoroughly in another part of town.
The '65 Corvette was a fairly important model year. It was the first year of the 396 big block and four-wheel disc brakes, but it was also the last year of fuel injection until 1982. This example looks like it could be a lower-spec car, with standard hubcaps, and no hood bulge which indicates a base 327 engine. It does have the optional sidepipes, but lacks the rare and expensive fuel injection package. 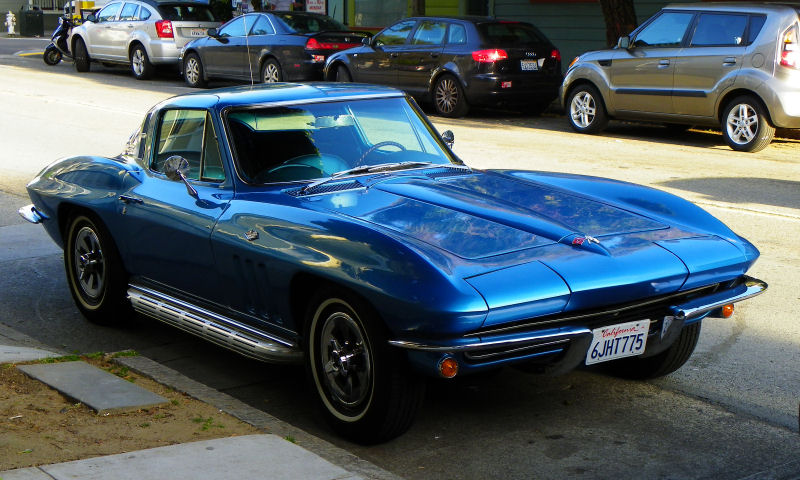 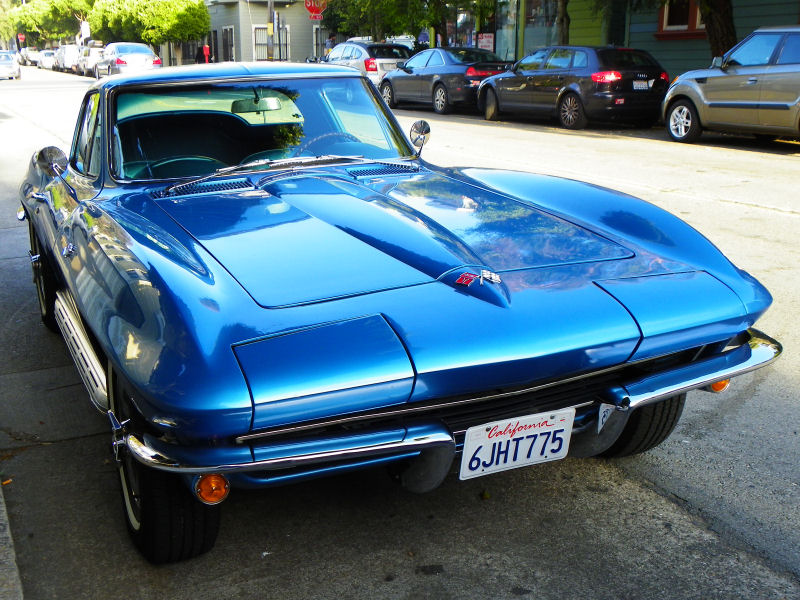 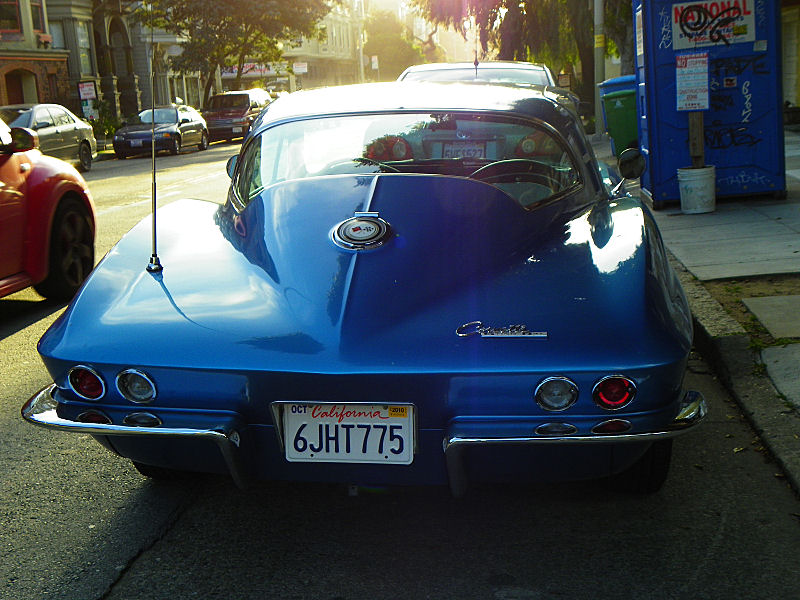 The fairly new license plates suggest that this car was restored recently. The color isn't right for factory Nassau Blue, but I like it. If it were mine, I'd probably have swapped the wheel covers out for the optional turbine-style alloy wheels with spinner center caps.
Posted by Jay Wollenweber at 10:18 PM