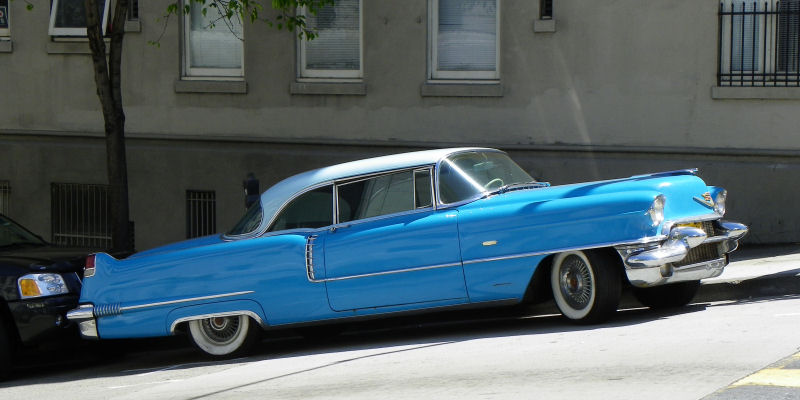 There is just something about a vintage Cadillac. They have what you might call... presence. Cadillacs of the 1950s have more presence than most, with tailfins and massive bodies often festooned with chrome, the ultimate symbols of luxury and conspicuous consumption in America. If you drove a Cadillac, you had really made it. The only other cars that could touch it in its day were Continentals and Imperials. Nothing else came close. Standard of the world, baby! 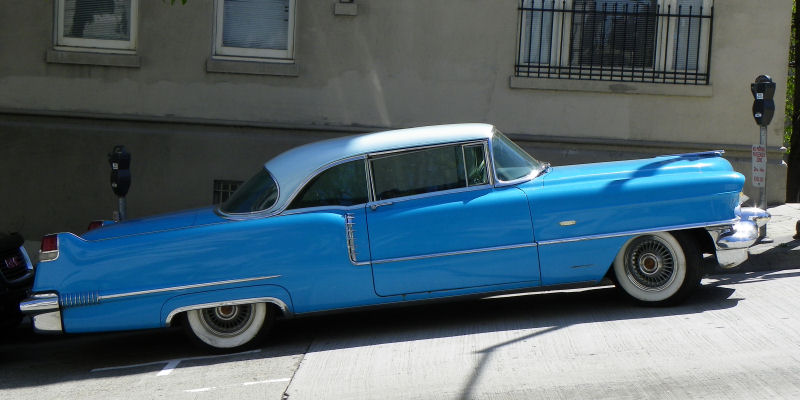 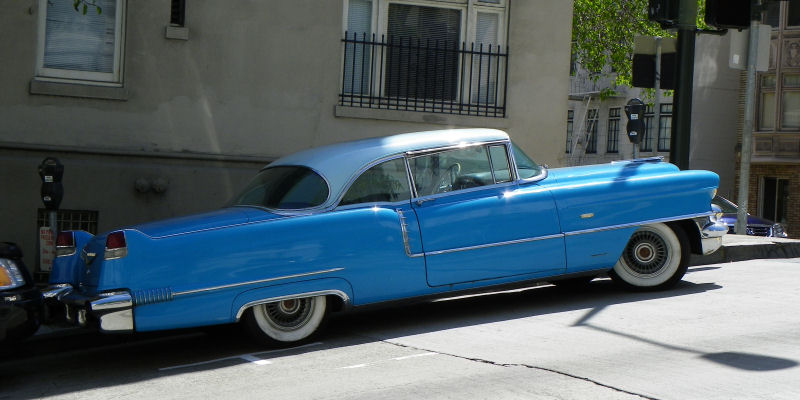 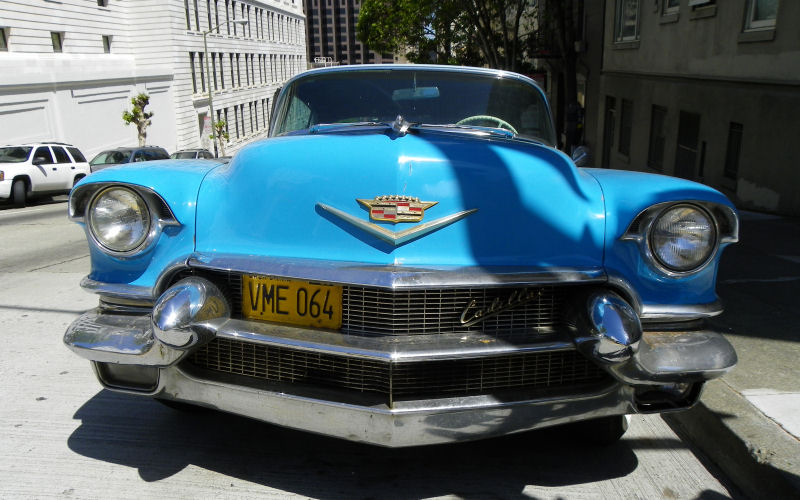 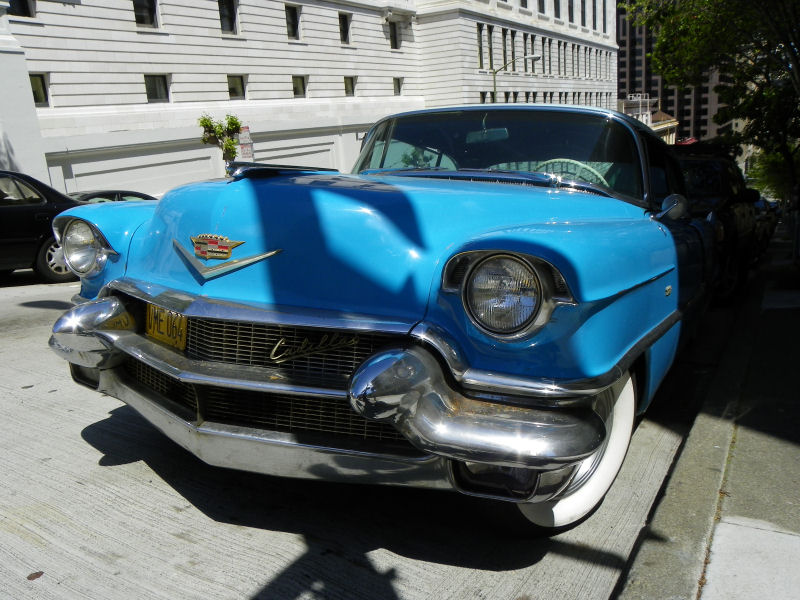 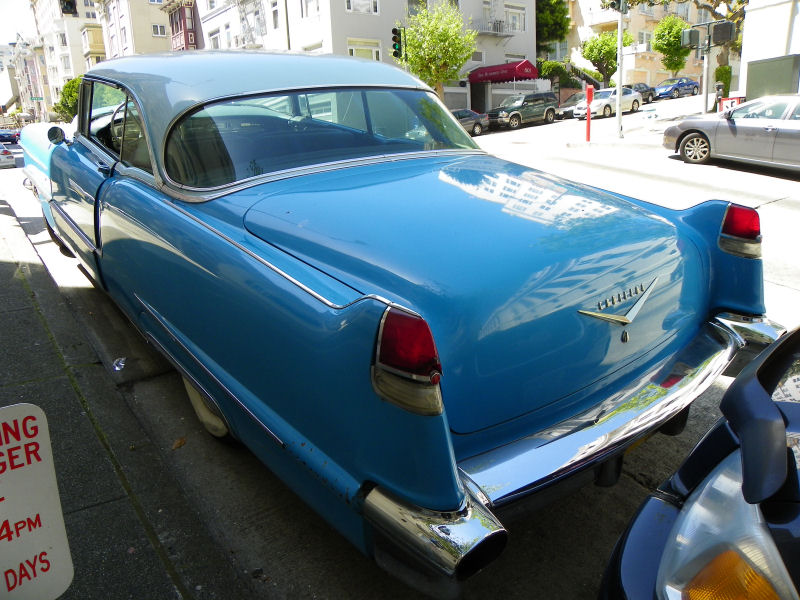 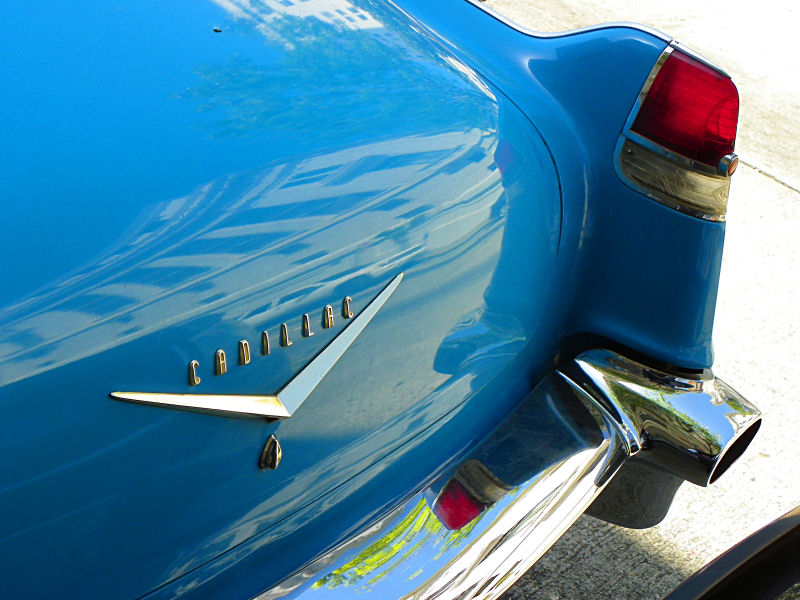 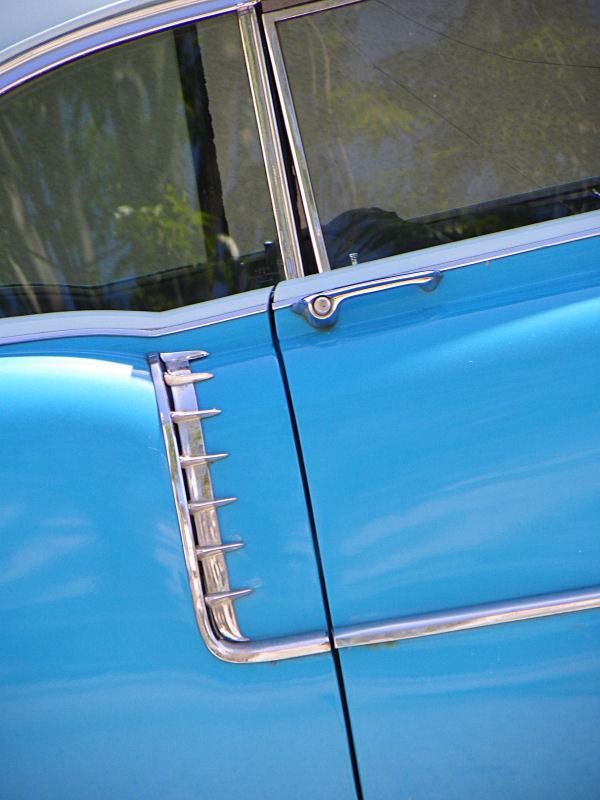 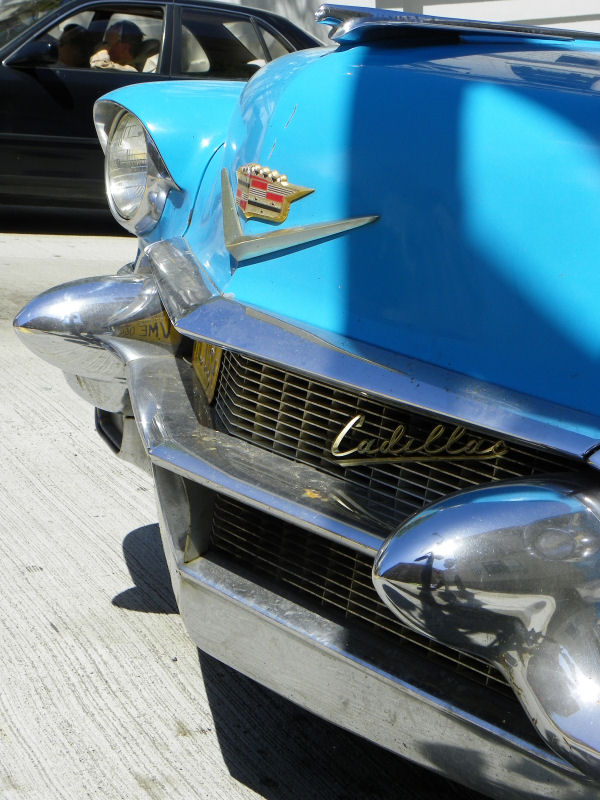 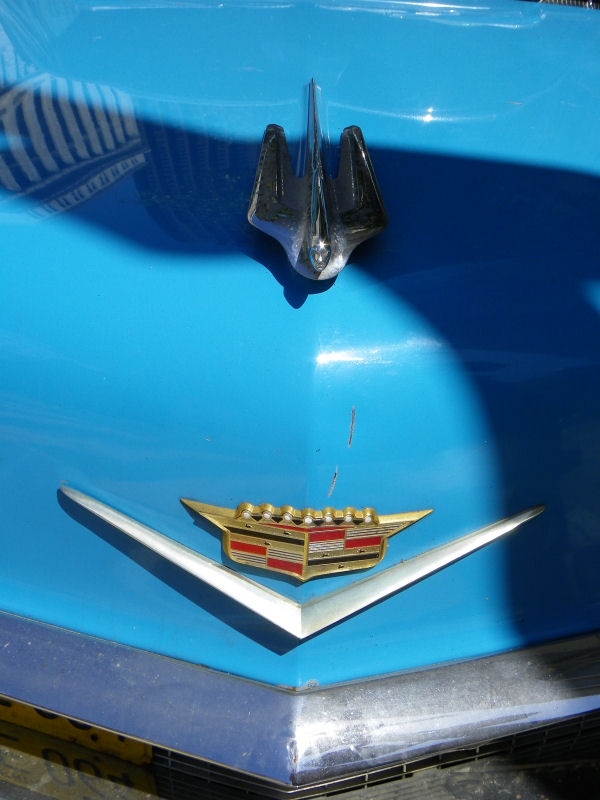 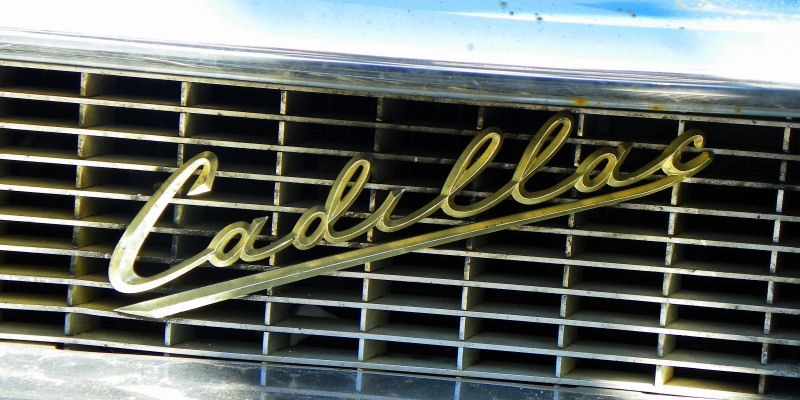 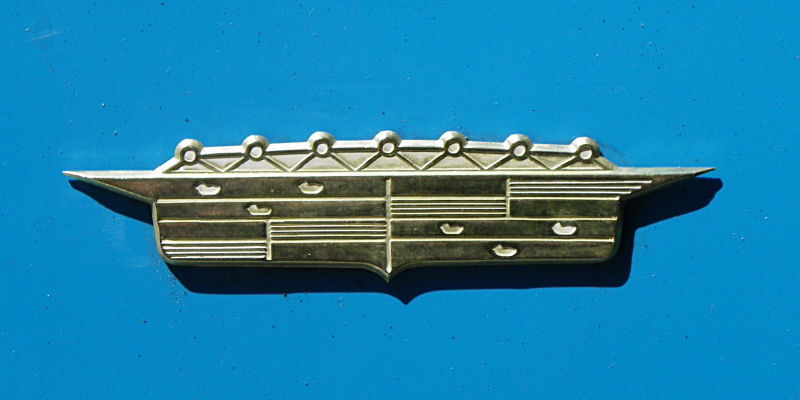 Well, as you most likely know, Cadillac got kicked off that pedestal as standard of the world about three decades ago, and has been scrambling ever since to claw its way back up the luxury car mountain. No longer can you buy a car like the '56 Series 62 Coupe de Ville pictured above. The only two-door Cadillac currently made is the new CTS Coupe, which looks like they brought in Richard Teague to design it. He's the guy who penned the Gremlin, by the way. The last Caddy coupe you could buy was the 2002 Eldorado Touring Coupe, a FWD beast with a massive blind spot and a body designed in 1992. Not to mention the last edition's badging abbreviated the name to ETC, announcing to the world that you drove a Cadillac Et Cetera.
Cadillac really has come a long way since this car was built. The CTS Coupe will run circles around this Coupe de Ville, and the CTS-V Coupe will run circles around the regular CTS Coupe. But in the styling department, neither comes close to this borderline baroque land yacht. Inspired by the twin tails of the WWII P-38 Lightning fighter plane, these tailfins date from midway in the fin era, before they became truly ridiculous. In fact, Cadillac fins didn't grow very much from their inception in 1948 till 1956 when this car rolled off the line. However, come 1957 the fins would go crazy, peaking in 1959. Aside from the fins, the design is pretty standard for a car of the mid-1950s. Tall, relatively boxy body with slab sides, huge chrome bumpers with bullet-shaped "Dagmar" protrusions, all that is typical. Surprisingly, the amount of side trim is pretty restrained compared to the gaudy, tri-tone, zig-zag-sided competitors. As far as performance is concerned, you got a 365 cubic-inch cast-iron V8 good for 285 hp, and a Hydramatic four-speed automatic transmission to motivate 4,445 lbs of Detroit steel. Zero to 60 time isn't likely to be your first concern when driving this. More likely, you'll be looking for a runoff area that doesn't include solid objects when it comes time to stop or turn quickly.
Condition of this Coupe de Ville is pretty decent from what I can see. There's visible wear from age and mileage, some rust peeking out from behind the side trim and under the doors. Speaking of the doors, it would be a good idea to check the fit of the driver door, and get the windows lined up properly so the car doesn't leak like a sieve when it rains. It's all intact though, with the exception of the left quarter panel trim, and the left taillight which appears ready to fall off. Some of the gold grille paint is still there. Color is... not my taste. It's not awful, but come on, this is a Cadillac. It appears to be stock Tahoe Blue, though, and mostly in decent "daily driver" shape with a Cascade Gray or Sonic Blue roof. Maybe it was a spring release, when carmakers would offer limited runs of cars in silly pastel colors. Oddly enough, it appears that a proper black Cadillac was not offered that year. You could get really dark blues, greens, greys, and maroons, though. I applaud the owner for keeping the wide whitewall tires and original full wheelcovers, as well as maintaining the original black-on-yellow California plates. Now polish up the chrome to a lustrous shine and take it out on the highway. Since this car was parked near the start point of the 2010 California Mille road rally on Nob Hill, I surmise the latter is just what the owner did, albeit as a spectator of the pre-race car show. Go for it! You can still freshen the old girl up in time for next year's Mille.

Correction: Further research revealed that this car actually lives in SF. Mega points for street-parking a car this old and this big in The City full time!
Posted by Jay Wollenweber at 11:30 PM