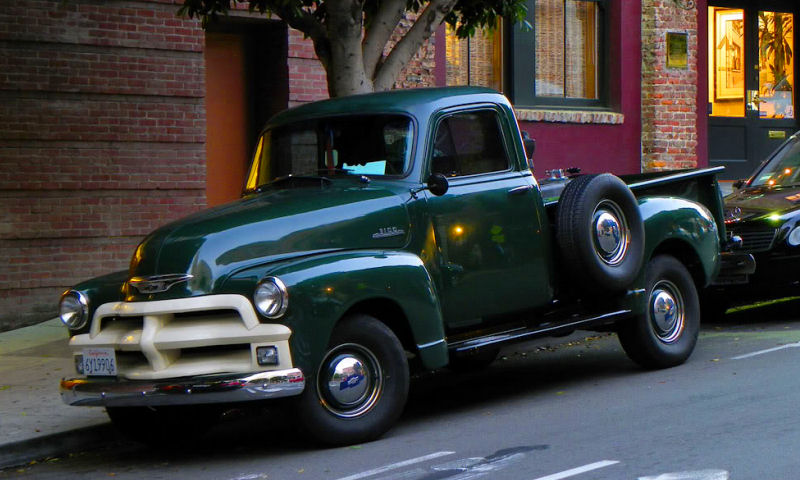 Coming from the CaliStreets Lite files is this 1954 Chevy 3100 pickup. Basically, that's anything I've shot but didn't get very many pictures of. It was getting dark; I had no tripod. You know how it is. This truck represents the end of an era at Chevrolet. 1954 was the last year of full-fendered pickups and the last full year of the Advance Design series that was introduced in 1947. GM got a lot of mileage from the Advance Design body, and the Stovebolt 235 six. Come 1955, everything would change. The 1954-style body actually continued into '55, but was replaced halfway through by the all-new 1955 models, which were finally available with the new-for-'55 small block V8. That means this could theoretically be an early 1955 truck, but 1954 is more likely. 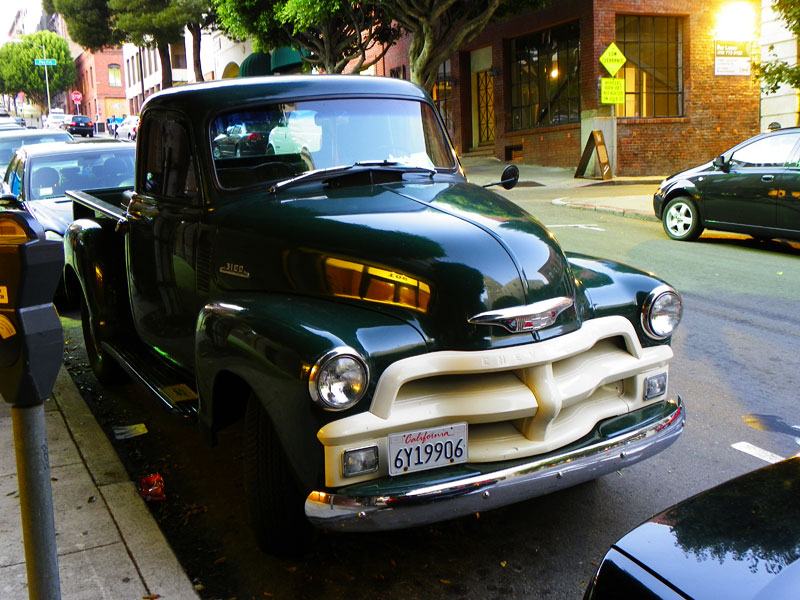 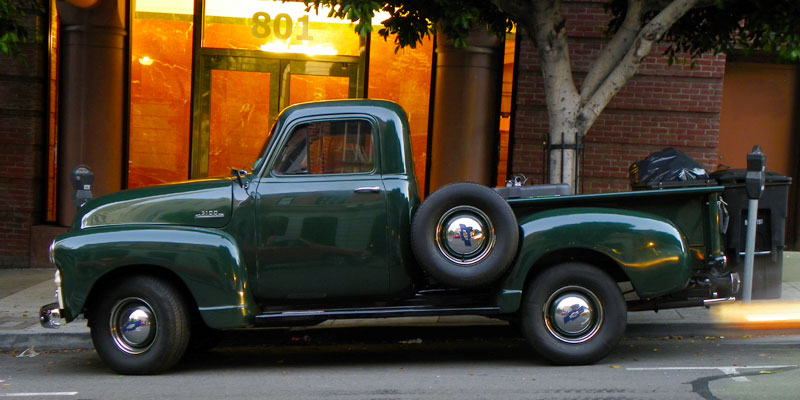 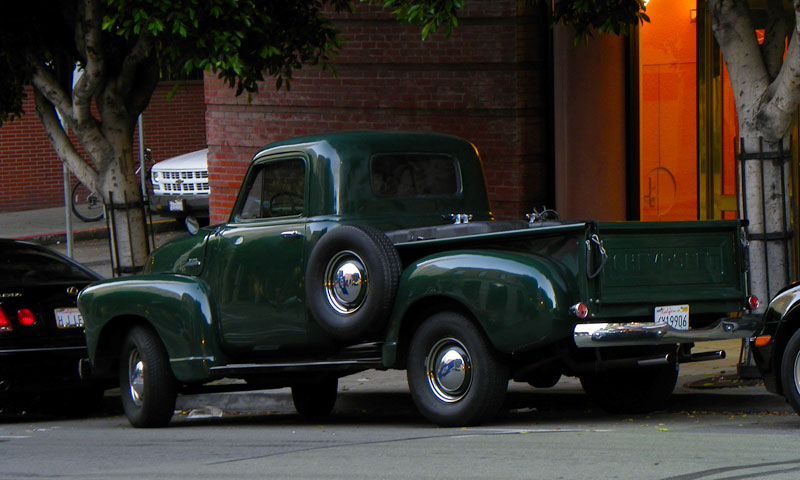 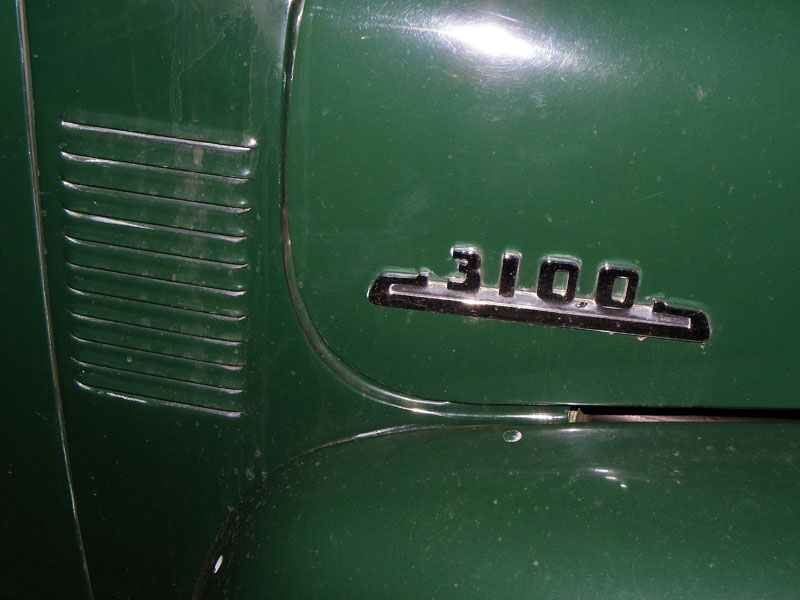 It's a nice clean example from what I could see of it. I always preferred the pre-'54 trucks with horizontal chrome grilles instead of the '54's painted crossbar, but this one looks good for what it is. The green and cream look is working. It seems out of place in the middle of San Francisco rather than on a farm in the midwest - or even a Sonoma County winery.
Fun fact: this truck was parked in practically the same spot where I shot the 1988 Lotus Esprit months ago.
Posted by Jay Wollenweber at 5:02 AM