The year 1950 is not really known for being a banner year of automotive design. Detroit was still emerging from pre-war design ideas and conventions. The all-new 1947 Studebakers put everyone on notice, and then Ford introduced all-new models for 1949 with fenders fully incorporated into the body and exciting new styling themes that looked nothing like the cars that came before them. GM and Chrysler's products were also new for 1949, but Dodge and Plymouth cars couldn't really be called the most exciting things on the street. Plymouth was the car you bought if you needed a sensible, cheap family car and didn't like paying for gas. They weren't made to be exciting, just dependable at low cost. 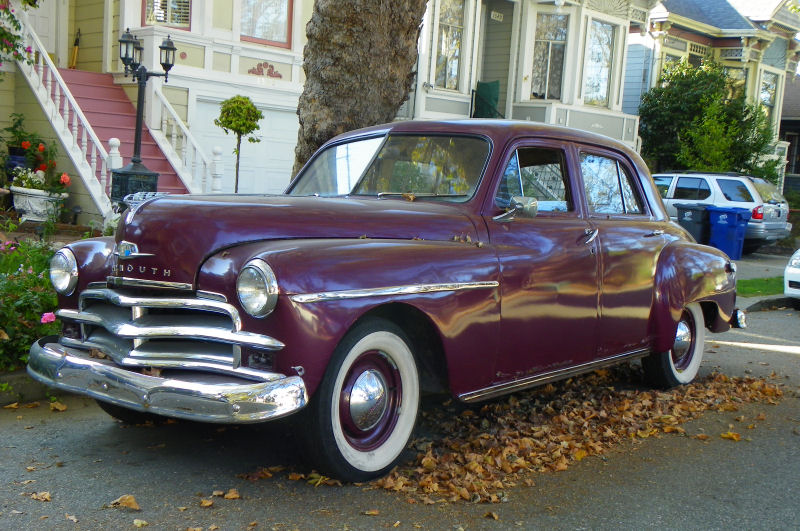 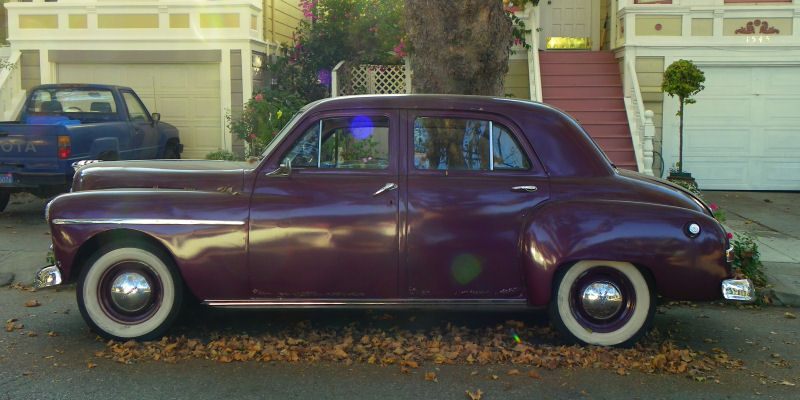 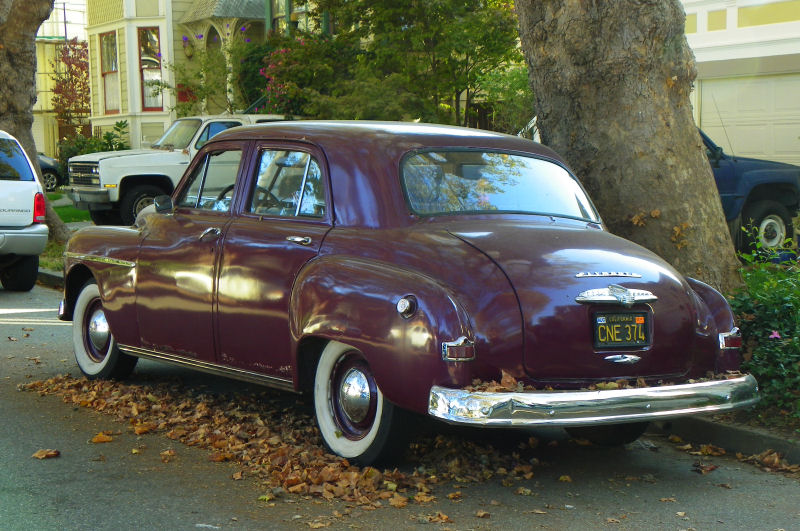 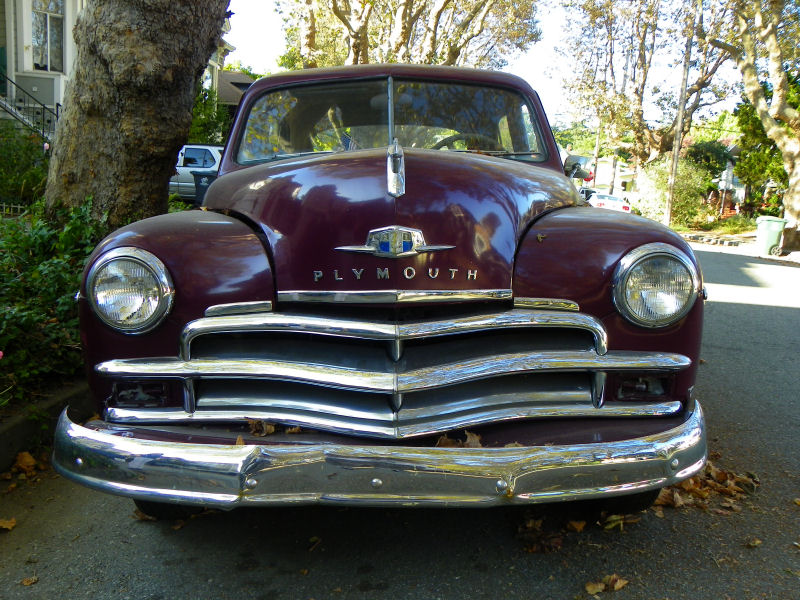 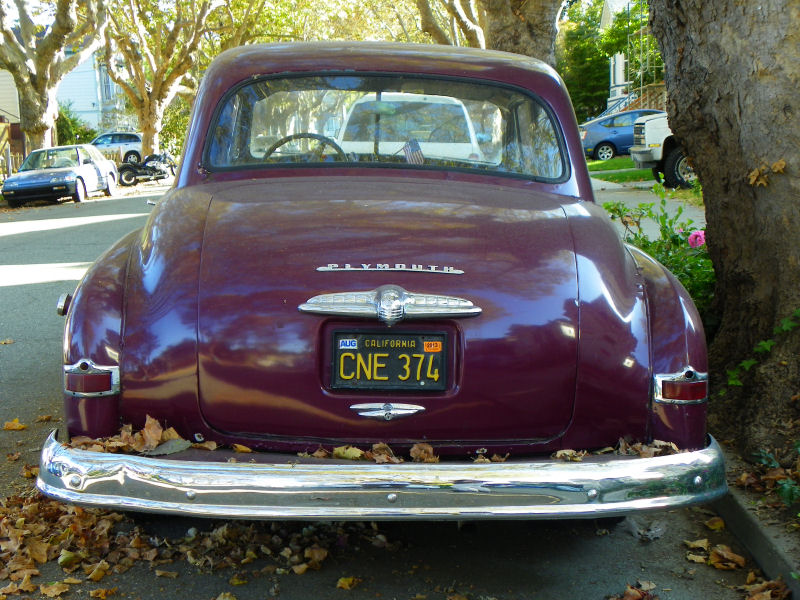 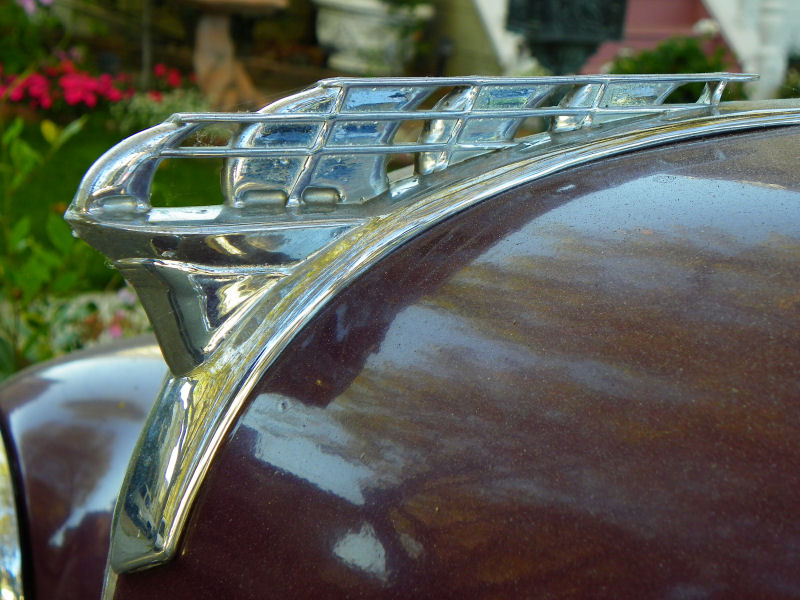 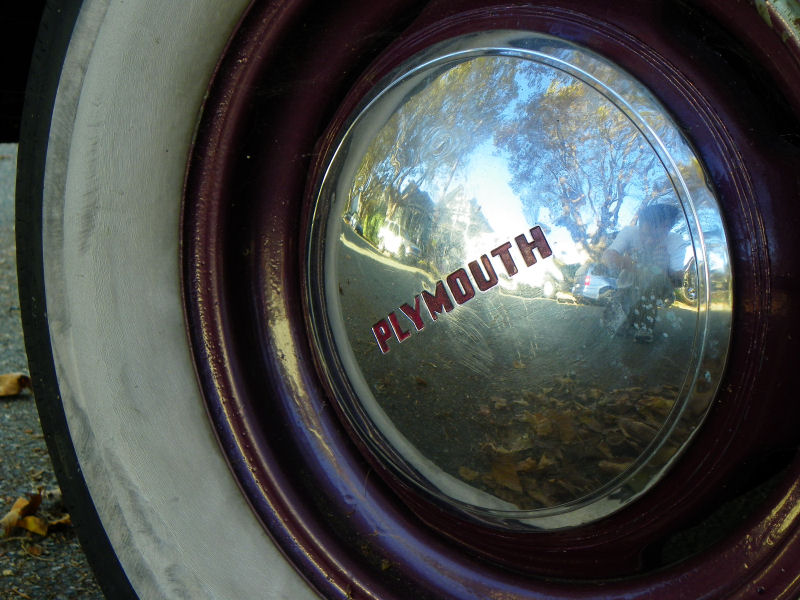 This 1950 Plymouth DeLuxe sedan, interestingly, wears a crossbar grille reminiscent of Dodge. It's a solid example with a good body. Living on the coast has not been the kindest to it, as the bottom of the doors have begun to rust rather badly. The bumpers, too, look like they've certainly been used for bouncing off some things over the years.
Still, I'm glad to see a rarely represented model from the early 1950s.
Posted by Jay Wollenweber at 12:00 AM