There aren't a whole lot of good cars in my town. Actually, there are, but most are stored in garages or parked in driveways and thus are off-limits. You can actually credit my friend who was visiting from Canada for finding this one. He drove down here from Alberta and not five minutes after arriving at my house said "Hey, I saw an old Duster on the street." So away we went. I snagged this original '71 Duster just before the sun went down. 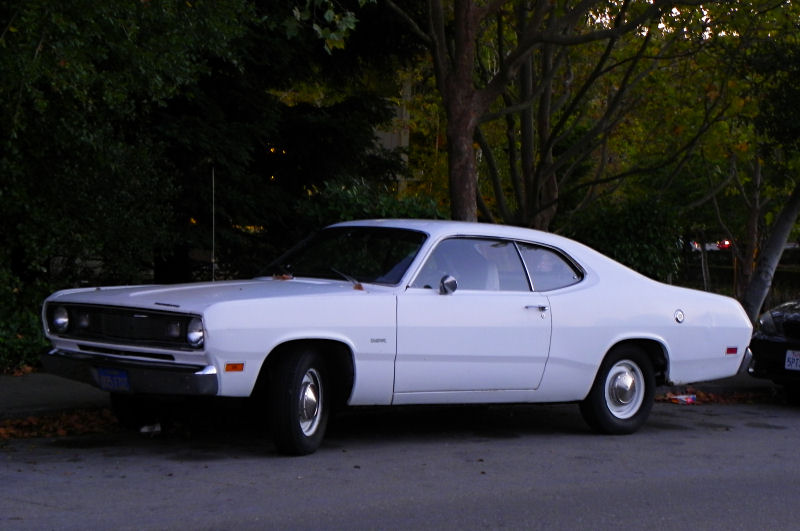 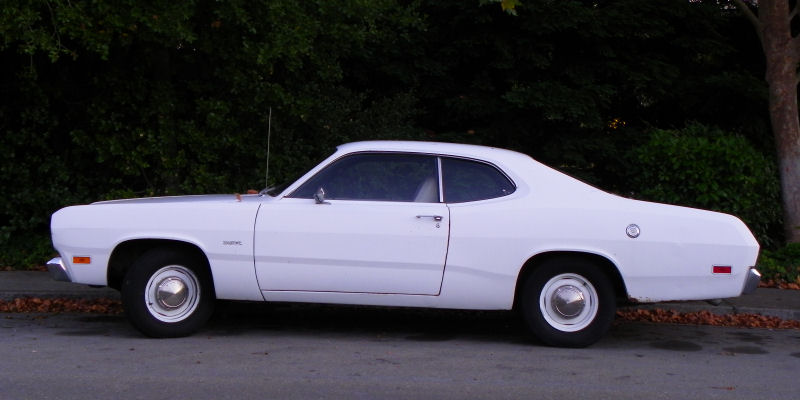 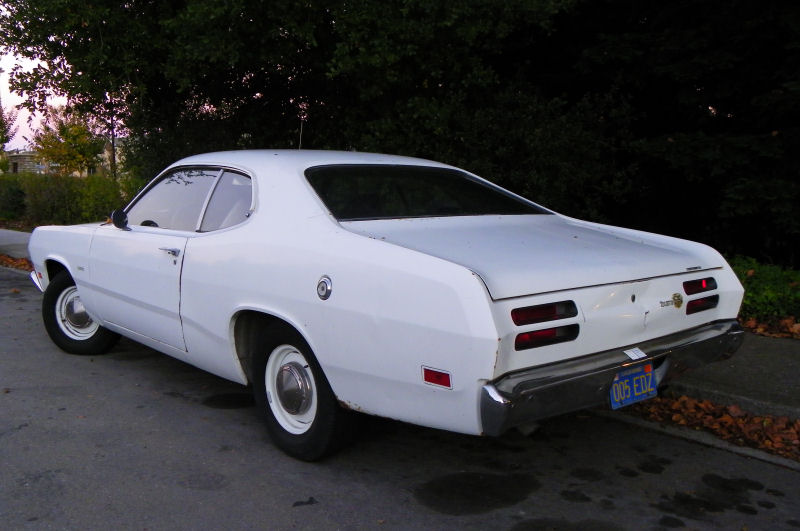 The Plymouth Duster was little more than a sports coupe version of the venerable Valiant. It came with the same slant six and V8 engines as the Valiant. The difference was that it had a cooler, more youthful appearance than the stodgy Valiant 2-door sedan. Basically, the first-generation Duster was what the (also Valiant-based) Barracuda used to be. The Duster received playful marketing to young buyers, with a small 'Dust Devil' tornado as its mascot. There was a Dodge variant, initially called the Demon but quickly changed to Dart Sport after outcry from religious groups. 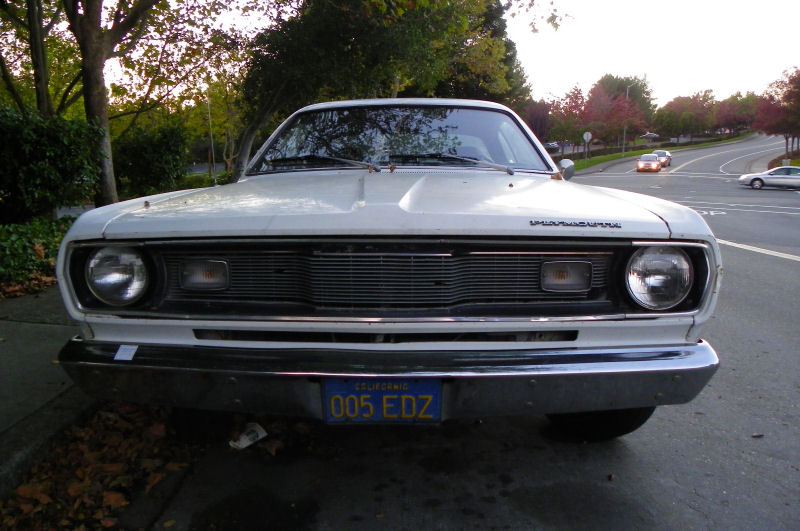 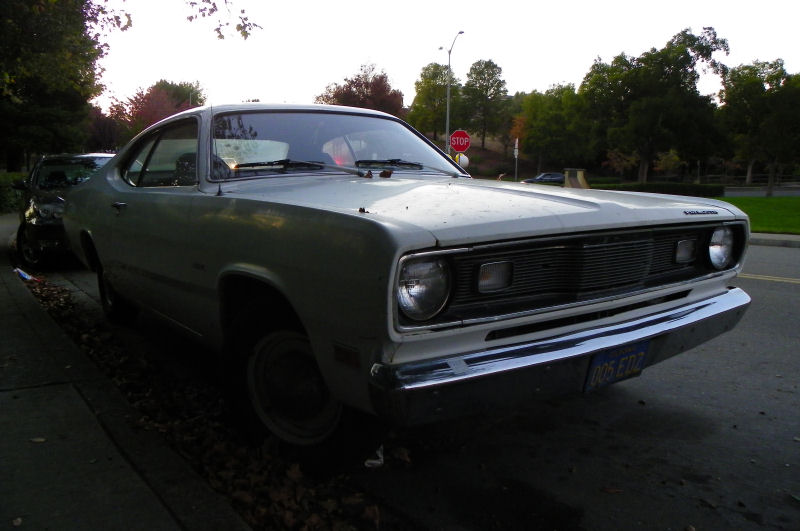 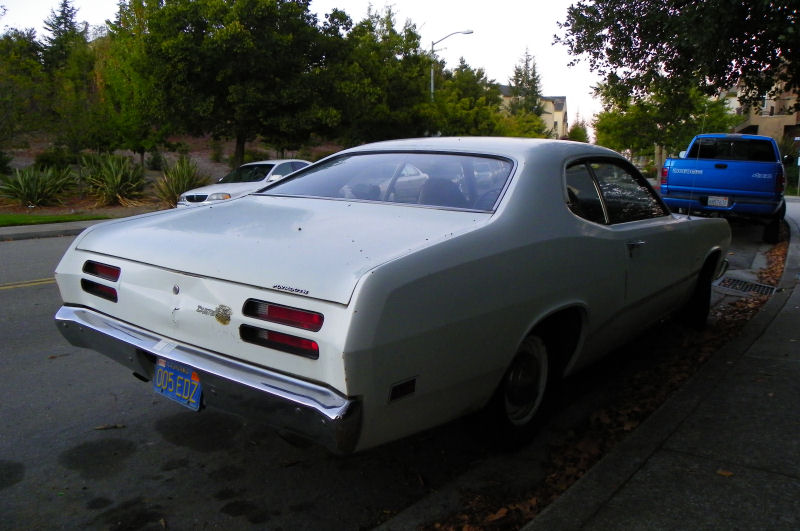 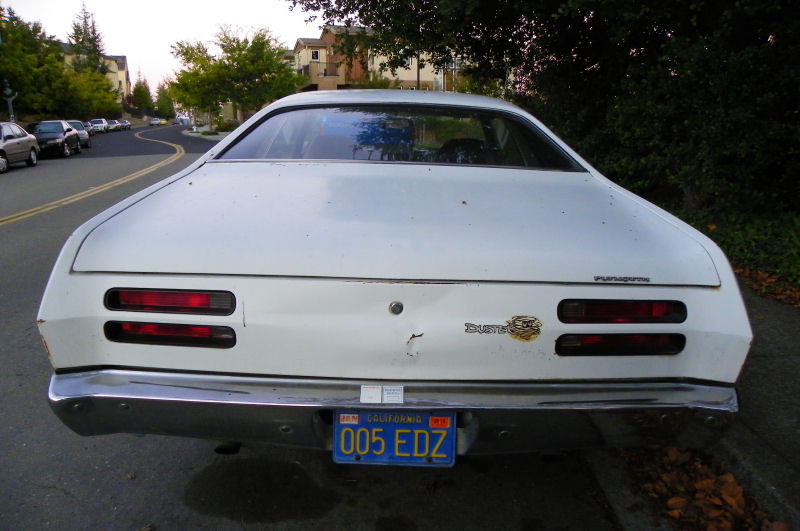 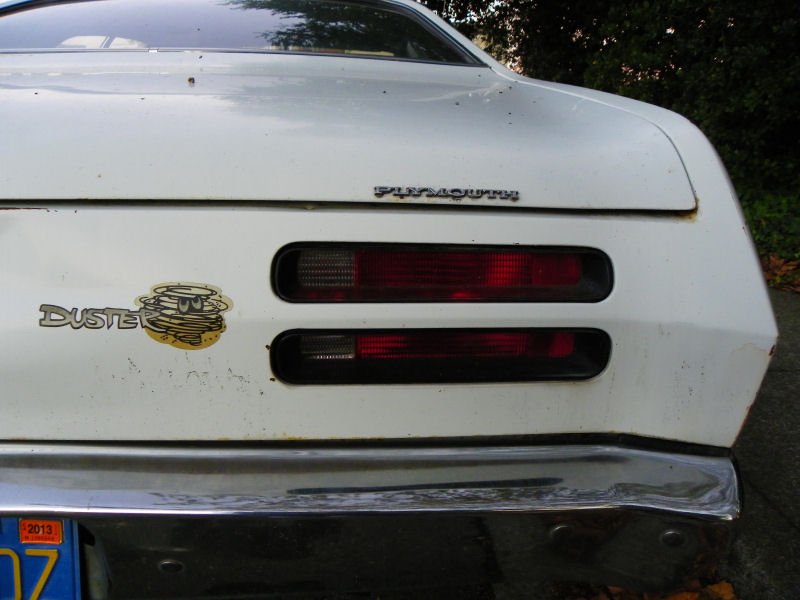 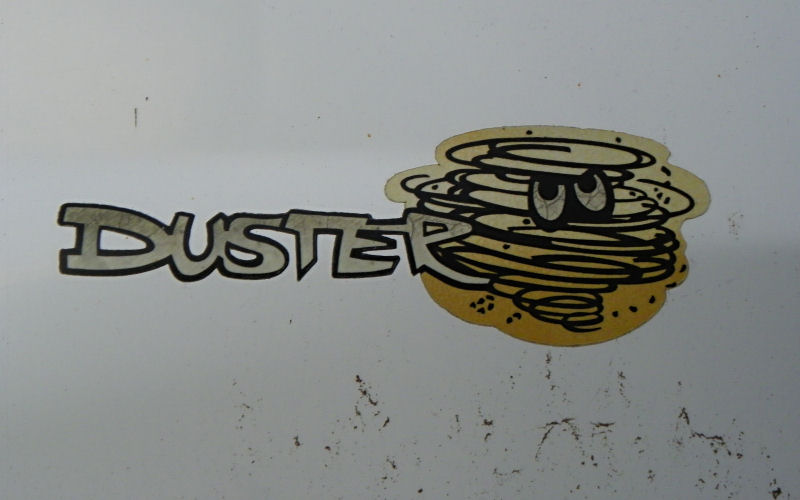 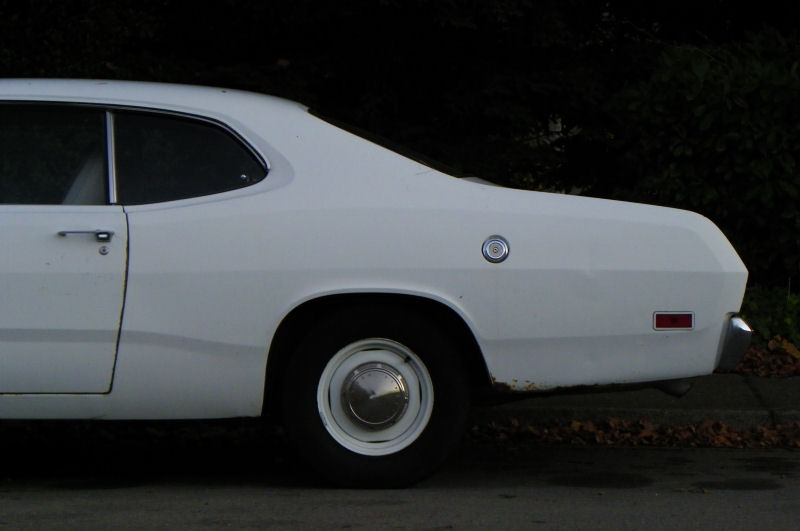 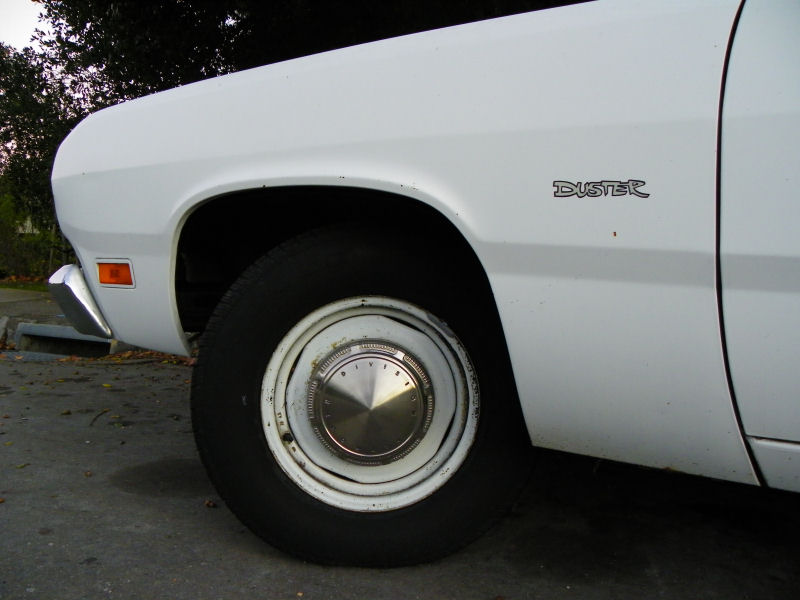 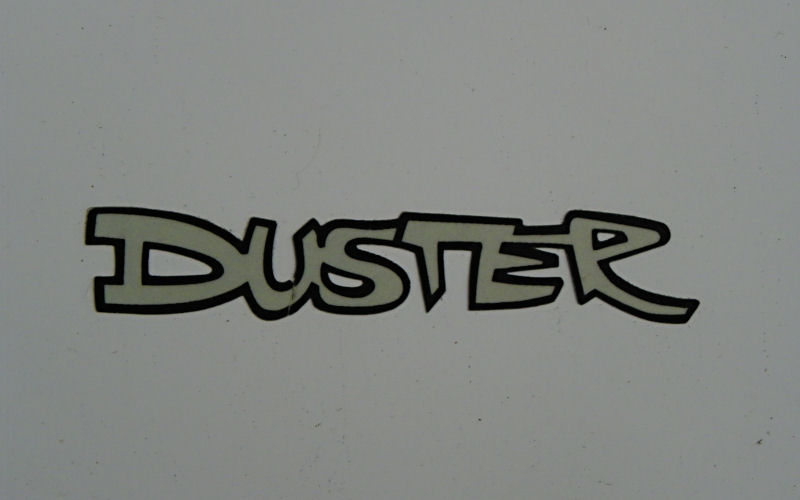 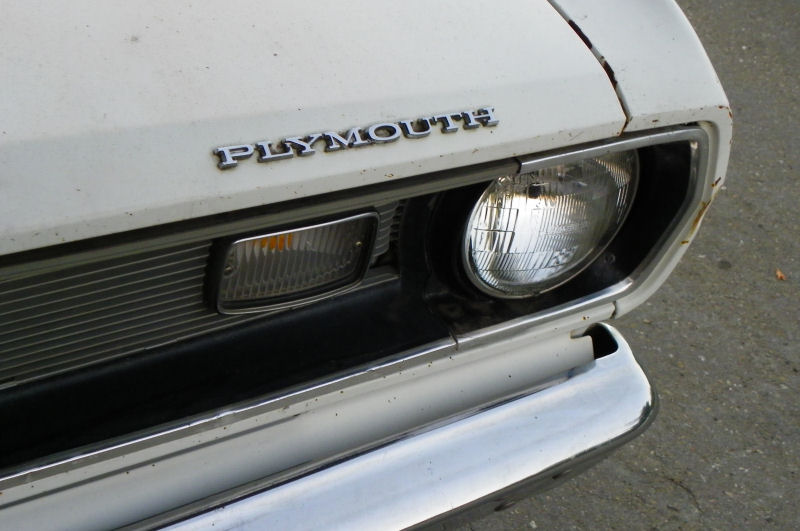 This Duster looks like a basic model, possibly a six-cylinder car or a 318 V8 car due to its lack of special badging or stripes. The body is in great shape aside from some minor damage to the taillight panel and a bit of rust starting in the quarter panels behind the wheel wells. Being a lifelong California car, it's lucky not to have lived with road salt all those years, or the rust would have been much more severe. Despite being a low-spec car (or perhaps because of it), this was a fun car to photograph. I've always liked early Dusters; I think they're handsomely designed without being too fussy or boring. I'd like to see the rust and crash damage attended to on this example; a paint job in the original Sno-White color would do wonders for it.
Posted by Jay Wollenweber at 12:00 AM