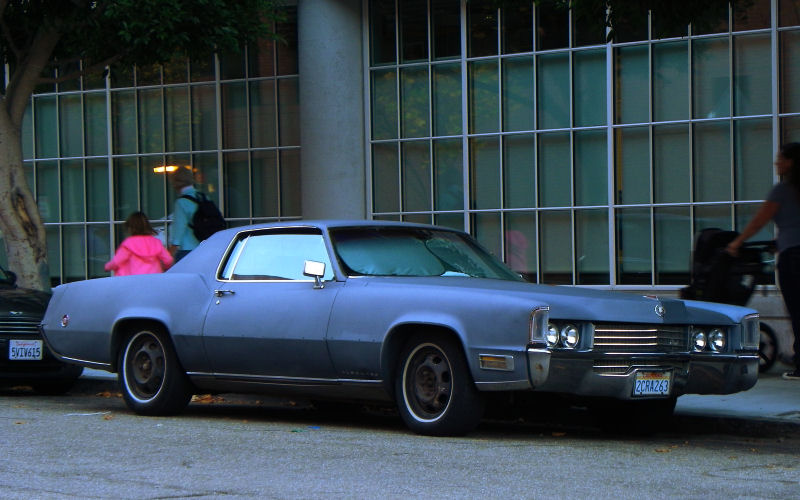 One of my guilty pleasures of the automotive world is the 1967-70 Cadillac Eldorado. I've never understood what it is about that car that I like, but I think it's mostly the dramatic rear three-quarter view. Otherwise this generation is notable to me only for being the first FWD Cadillacs. 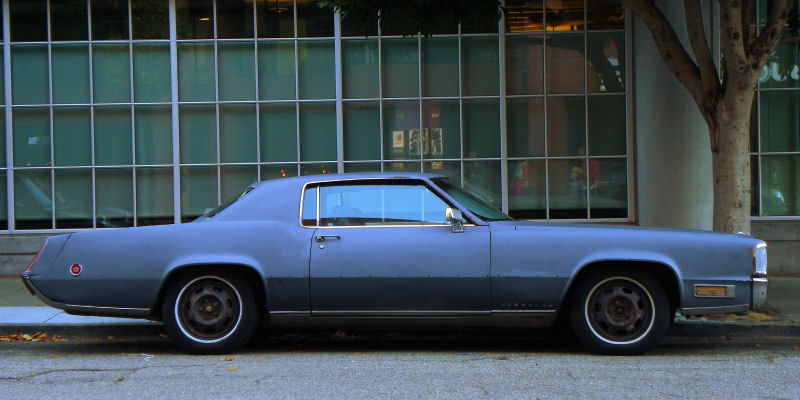 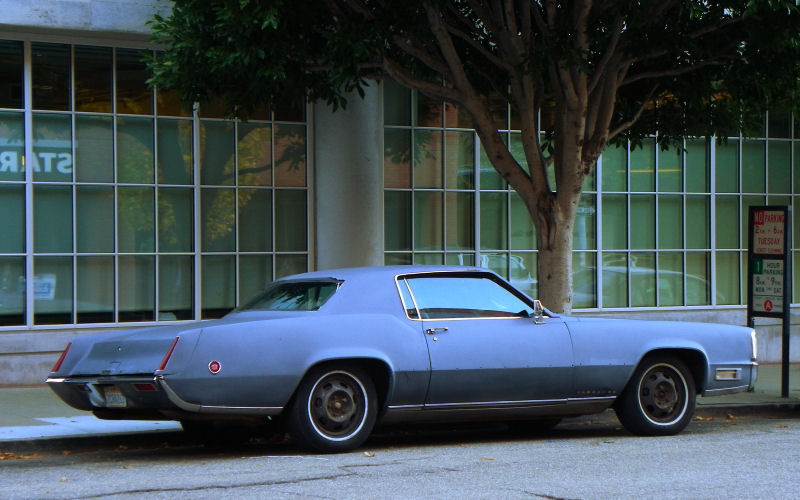 Based on the Oldsmobile Toronado platform, the 1967 Eldorado packed a 429 Cadillac V8 hooked up to a chain-driven Turbo Hydramatic THM425 transmission under the hood. The styling, penned by Bill Mitchell, was unique and sporty with its hidden headlights and sharply creased lines. As the years went by, Mitchell's original design was diluted somewhat, as excess details like side marker lights and vinyl top trim were added, as well as fixed round headlights in 1969. To make up for its slight uglification, the 1970 model received a 500 cubic inch V8 producing 400 horsepower and 550 foot-lbs of torque. That's what you call a banker's hot rod. 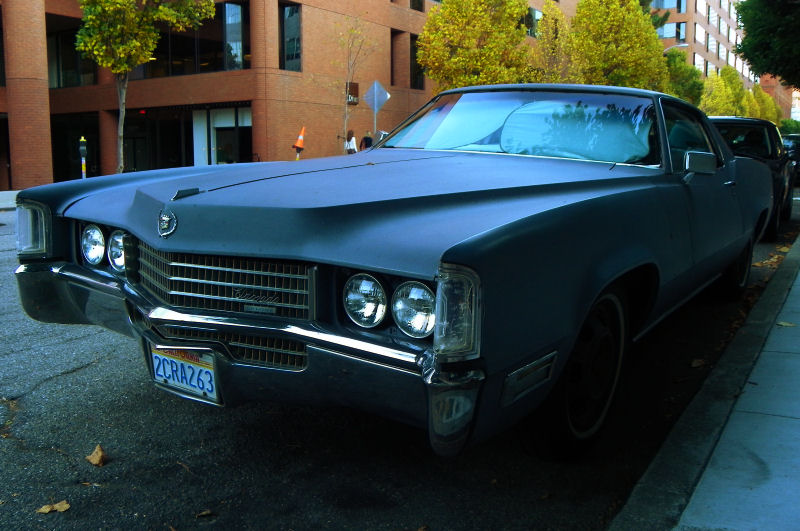 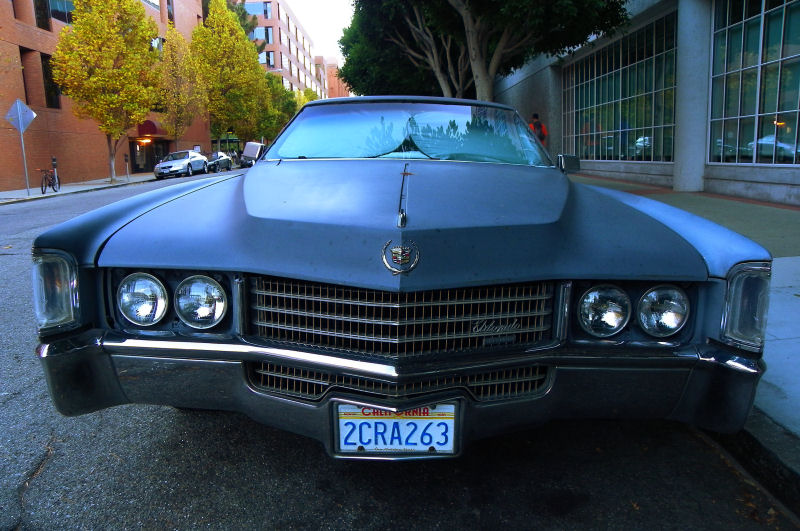 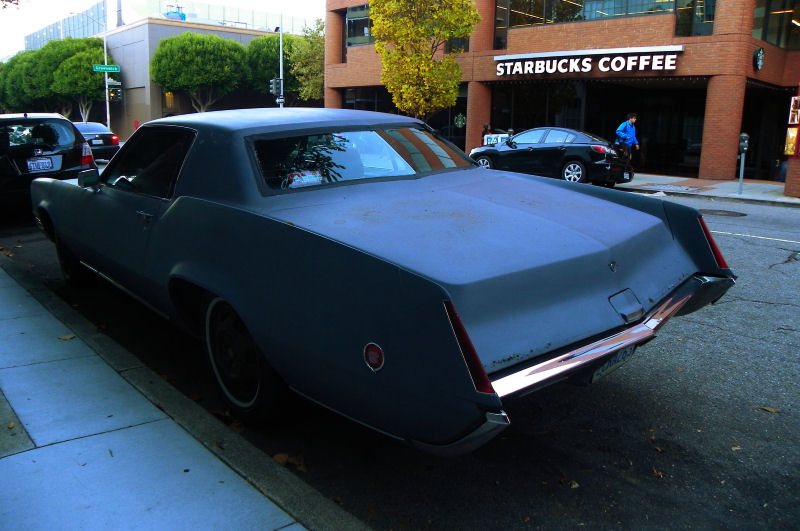 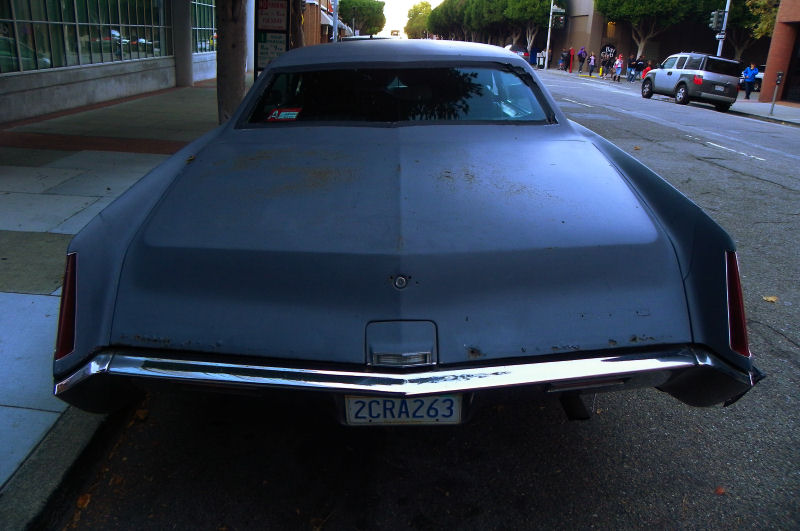 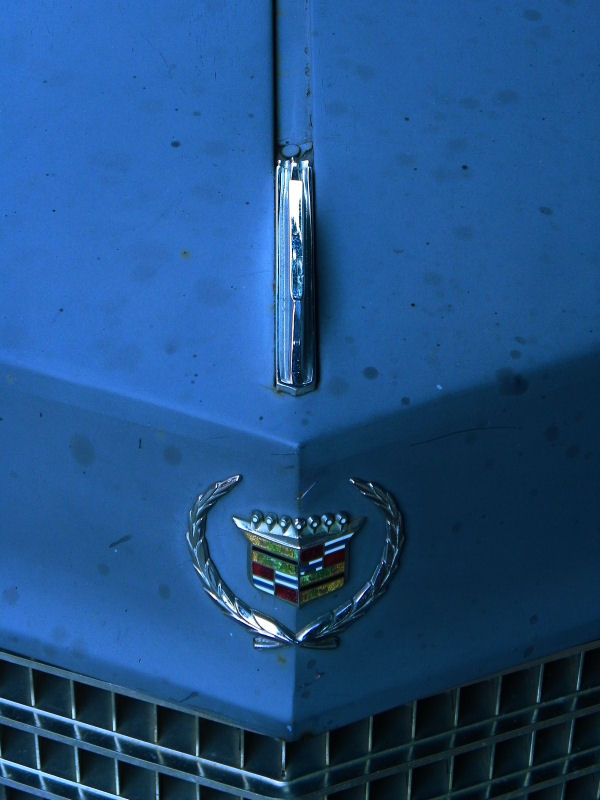 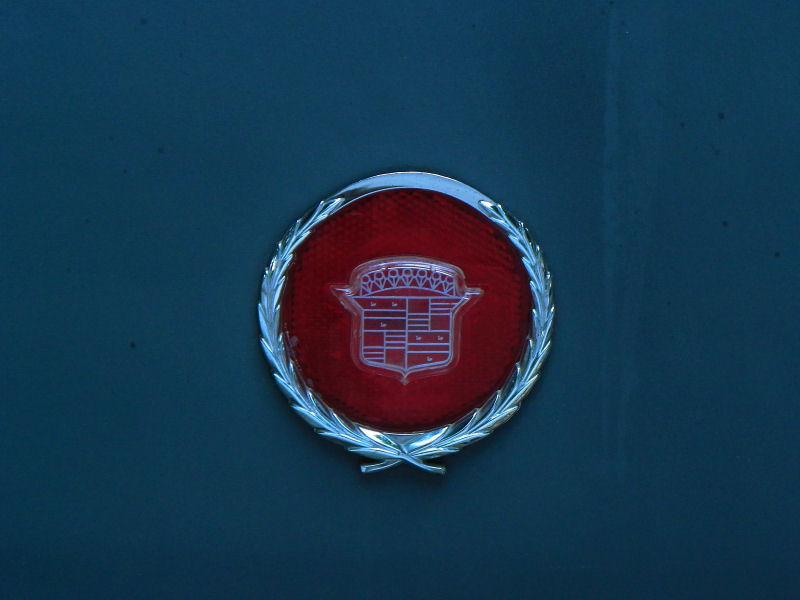 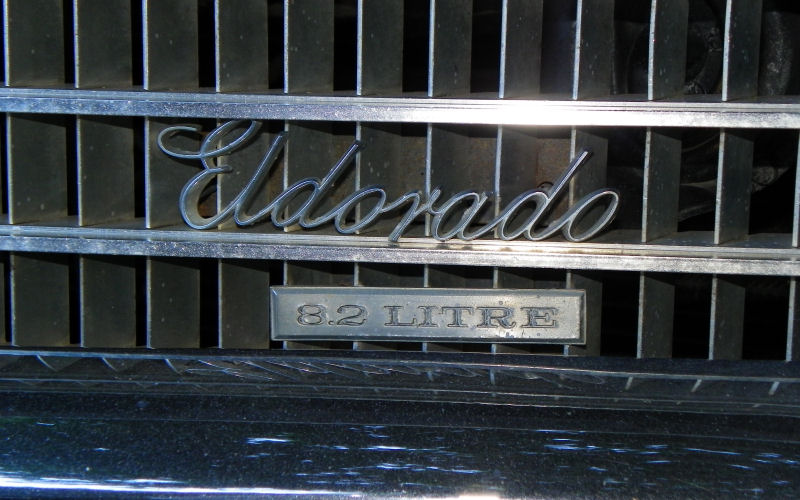 This Eldorado has been kicking around San Francisco for some time now. I first saw it in 2007, sporting a body covered in grey primer and rusty steel wheels with dirty whitewalls. In fall 2012 when I photographed it for this feature, it looked much the same. The primer coat that had looked relatively fresh when I saw the car in spring 2008 was now well beyond its useful life and was splotchy with rust and discoloration from stem to stern. The trunk lid is rusting out around the edges. The side trim has been gone for at least the last five years. Oddly enough, the chrome is in perfect condition.
I was happy to see this car still running, since giant gas hogs like it are becoming so rare in the city.
Posted by Jay Wollenweber at 12:00 AM