I still really like the late model International Scout II. Competing with the Jeep CJ series originally and then with later models such as the Chevy K5 Blazer and Ford Bronco, the Scout had big shoes to fill. It never became as ubiquitous among personal 4x4s as the Blazer, Bronco or Jeep, but the Scout was a handsome looking and rugged alternative in the marketplace for nearly two decades. These trucks were versatile, offered in a variety of different versions ranging from an open soft top to a removable hardtop to a pickup truck-style roof with open cargo area. Later an extended version of the hardtop and pickup was offered as well. 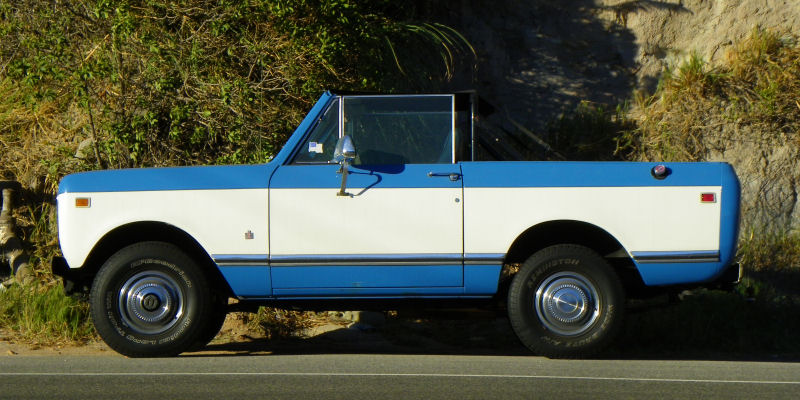 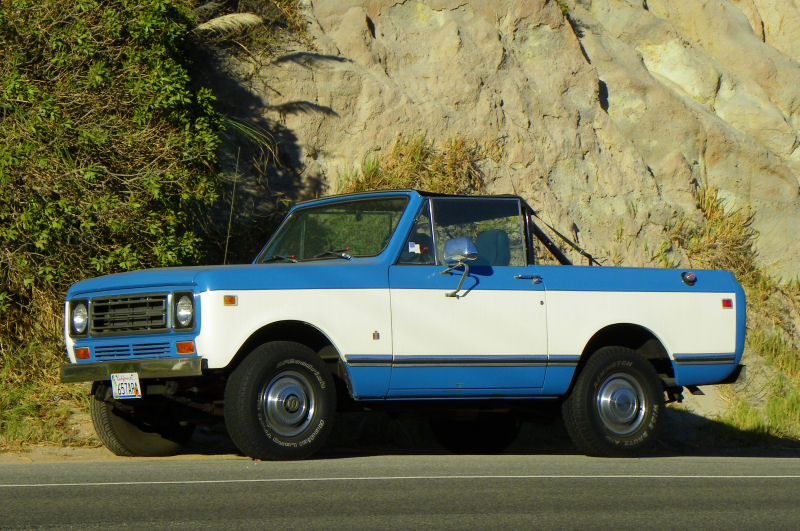 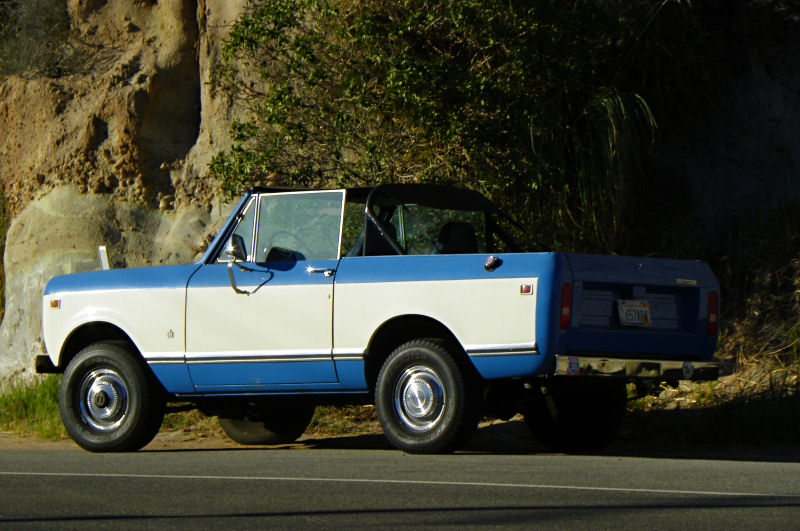 The Scout II was an all-new, modernized version of the venerable Scout which by 1971 had been around for ten years. The bigger, square-bodied Scout II looked tougher and had a range of powerful, proven engines to back it up. The Scout's main downfall was its tendency to rust, which has made these trucks relatively rare today.
This example is an extraordinarily clean 1978 model which looks so good I'd be shocked if it hasn't been restored. An up close look shows that even on this truck there's a little bit of surface rust in unpainted places like the inside of the grille. The paint is dirty but looks fresh, and is a cheerful two-tone divided by black pinstriping. The International badges are a tad faded and the one on the tailgate appears slightly crooked, but all trim is present. And when was the last time you saw an International Scout with the original factory hubcaps still in place? 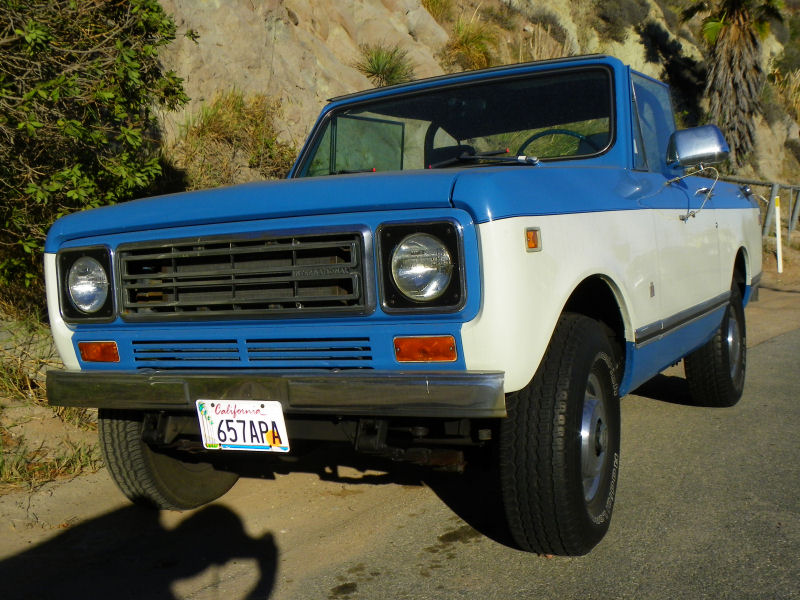 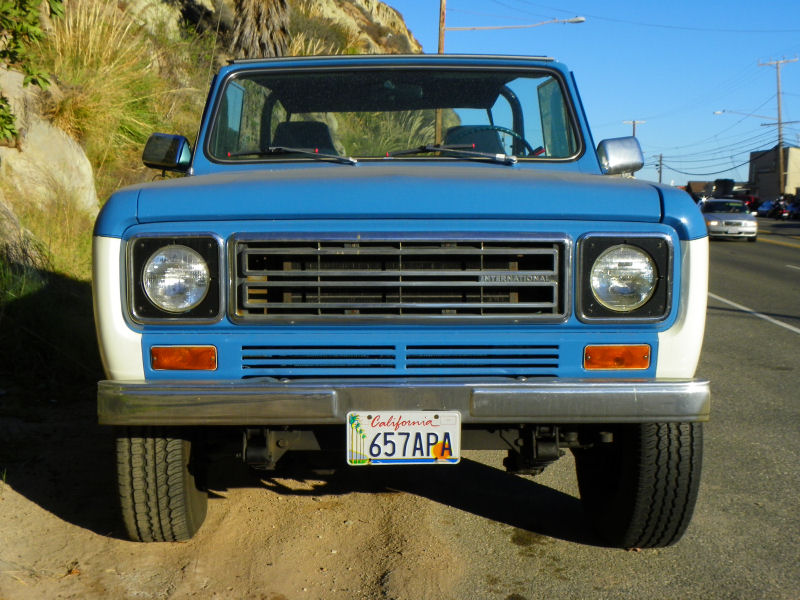 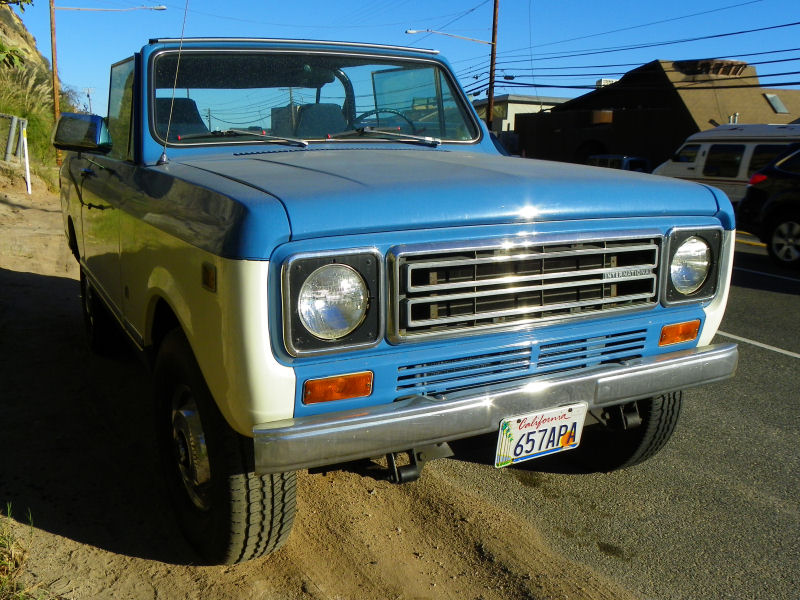 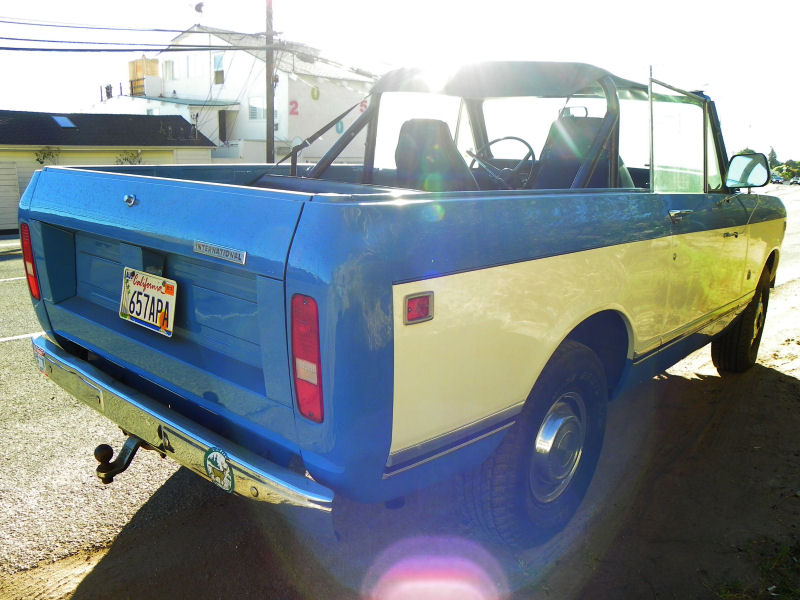 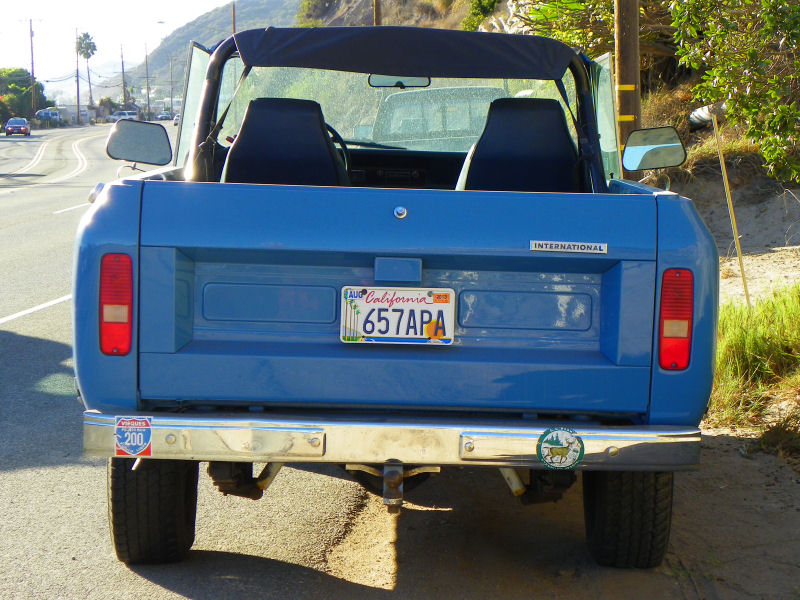 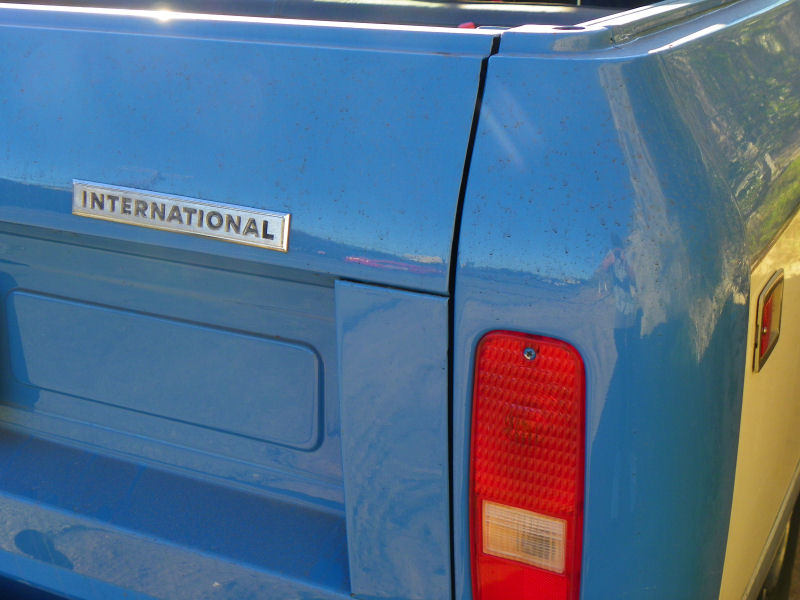 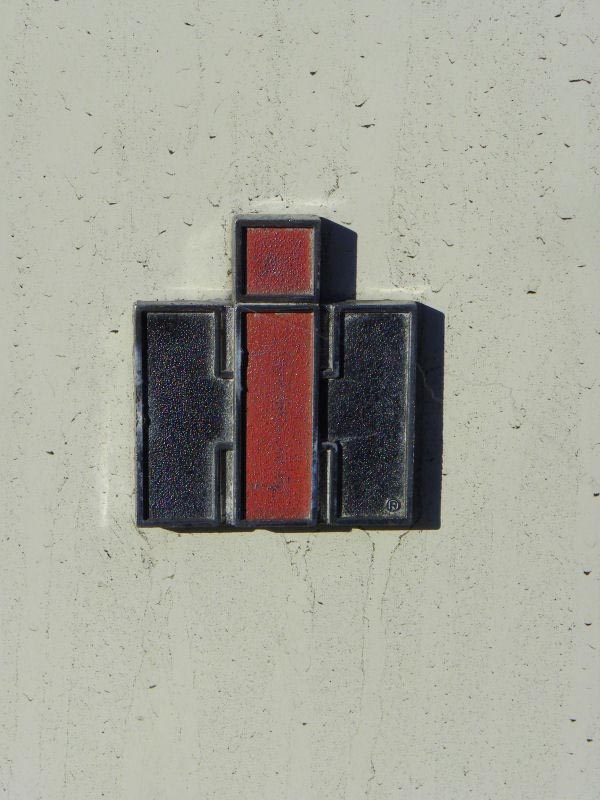 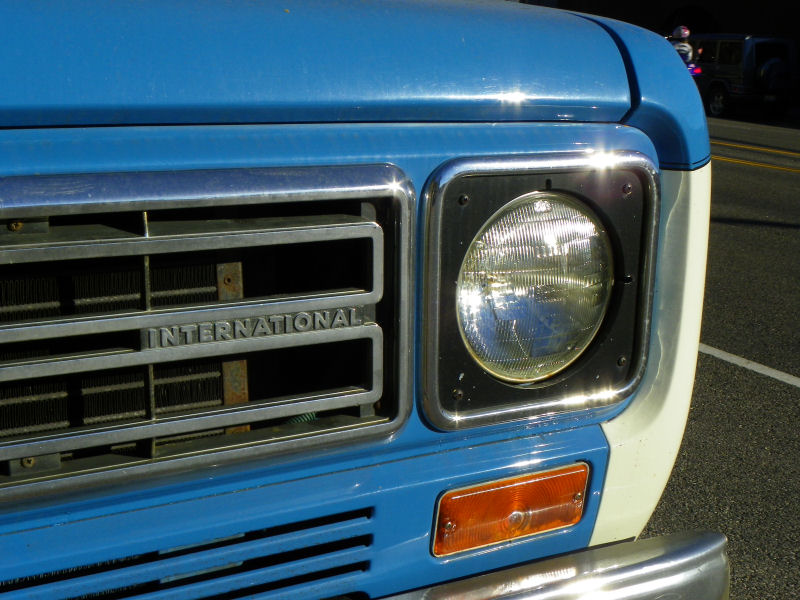 The last Scout I featured here was a 1978 model in San Francisco that had been customized, lifted and beaten up a bit. It looked ready for the trail but I imagine the only hills it climbs are the potholed streets of Telegraph Hill. This one looks like it doesn't see a lot of off-road action, but maybe it hauls surfboards to the beach instead. It's just a cool truck.
Posted by Jay Wollenweber at 12:00 AM