Third in my collection of San Francisco cars photographed and featured by both myself and by my friend Colin Stacy of The Automotive Way, is this 1973 Volkswagen 412. 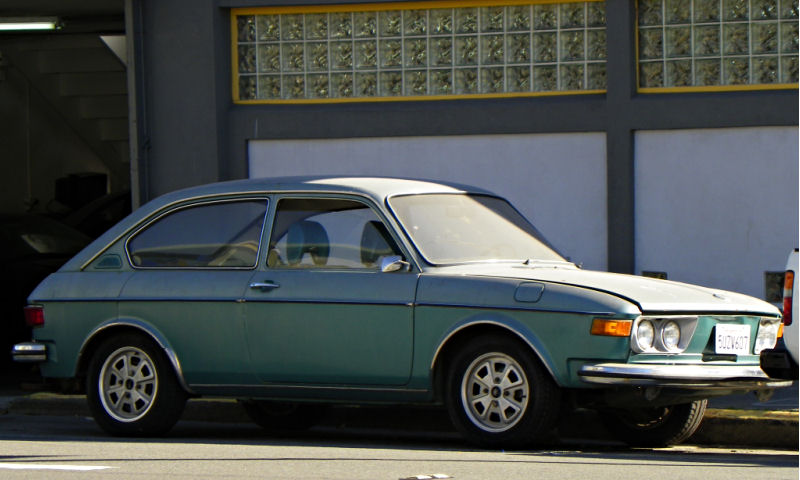 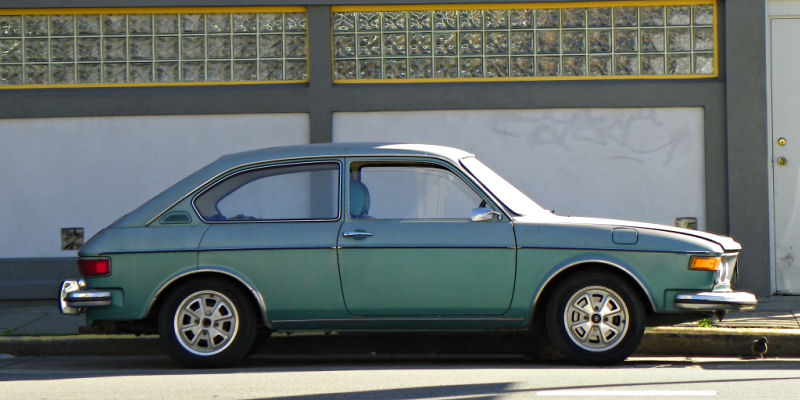 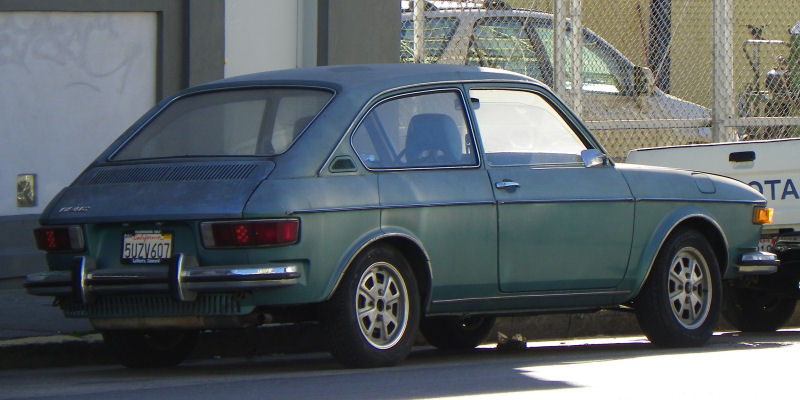 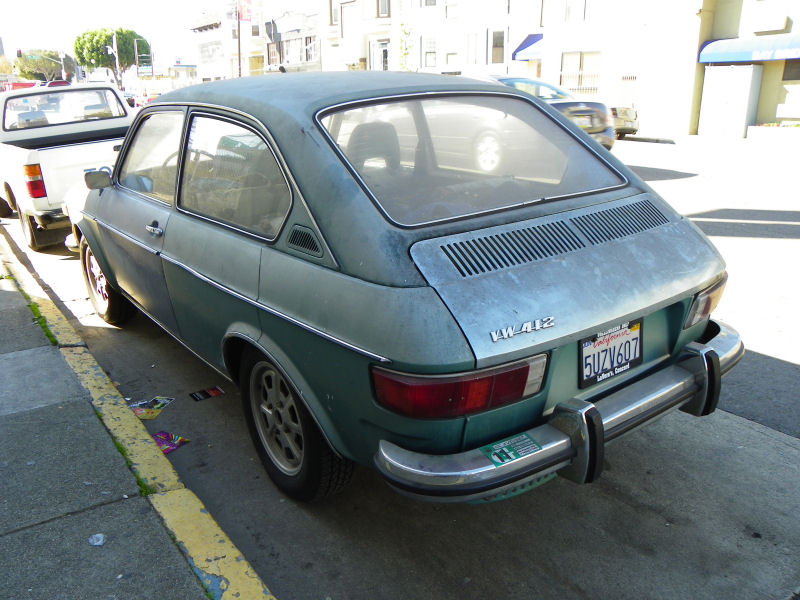 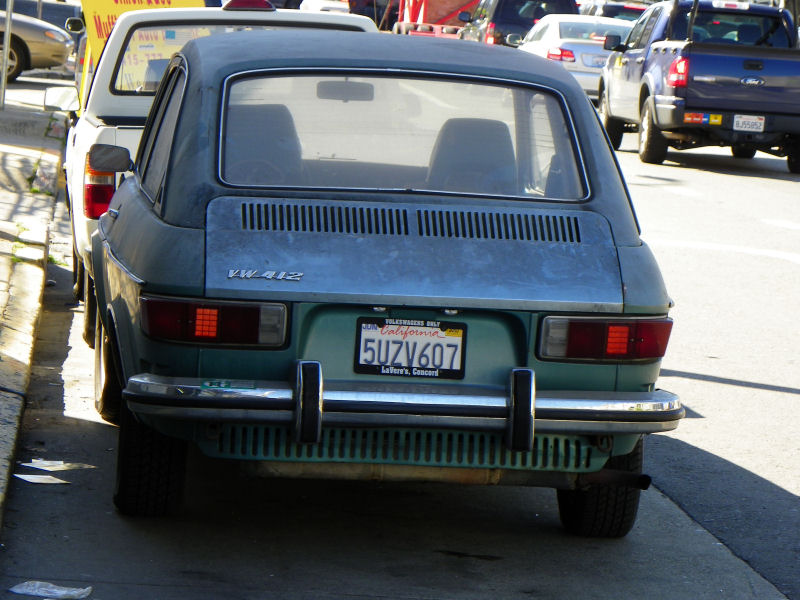 The VW 412 is a strange animal. It was offered as both a fastback coupe and as a two-door station wagon, serving as a sort of interim replacement for the old Type 3 Fastback and Squareback. I've seen two 412 wagons in the city, but only this one coupe. It first entered my world when I was walking to class one day. There's an auto shop on Harrison that I liked to walk past, because they occasionally got some good cars in for service that made good feature material. This car was parked just inside the door for a couple of weeks, perhaps awaiting parts. Then one day it was parked outside, so of course I descended on it and got some photos. But alas, the light wasn't very good and I was generally disappointed with my pictures. Then it was gone and I figured that was the end of it. 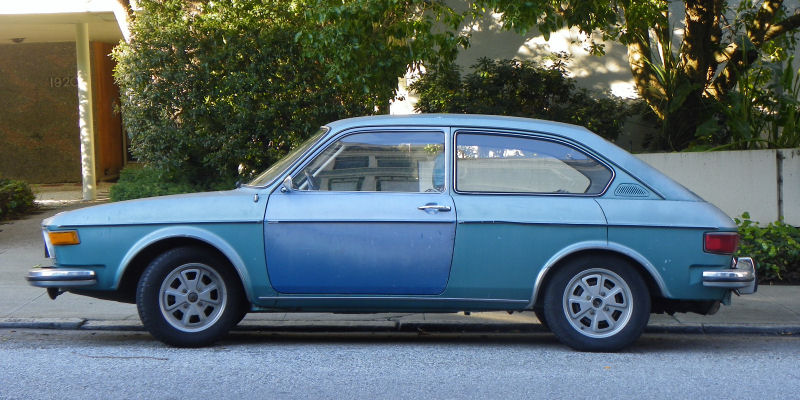 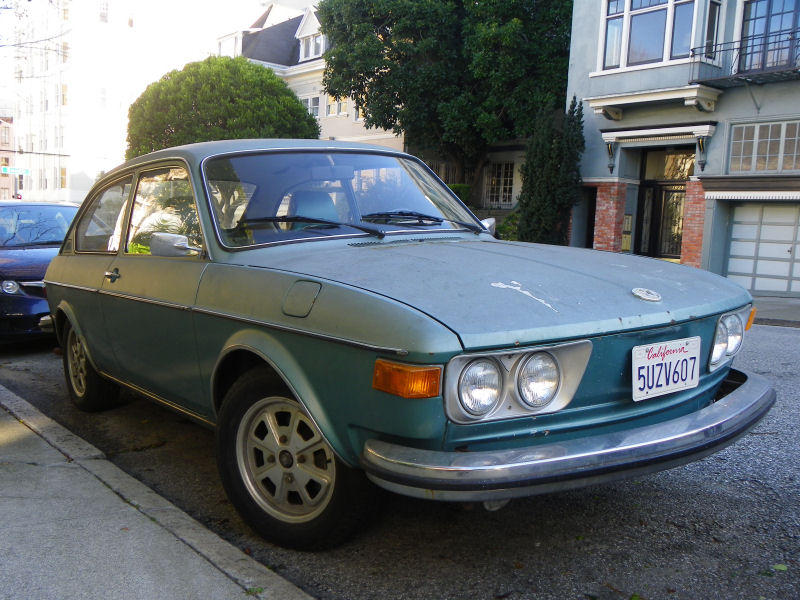 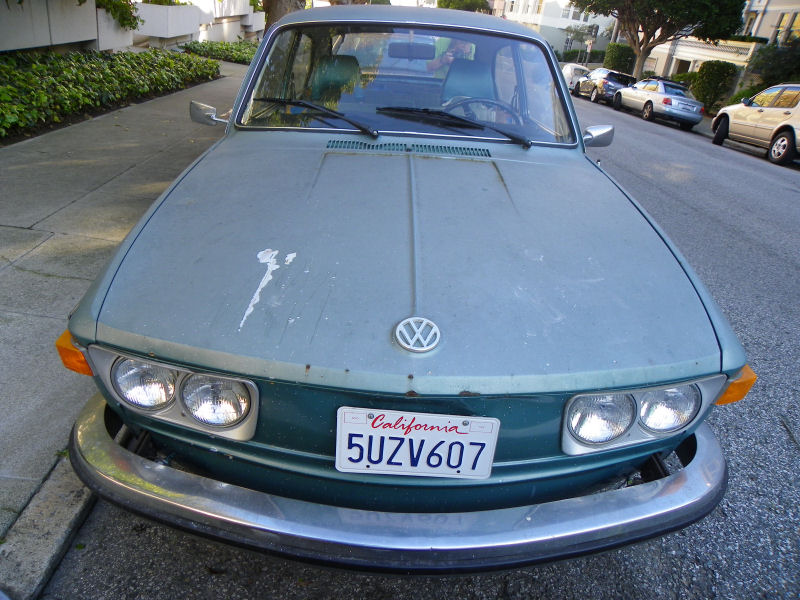 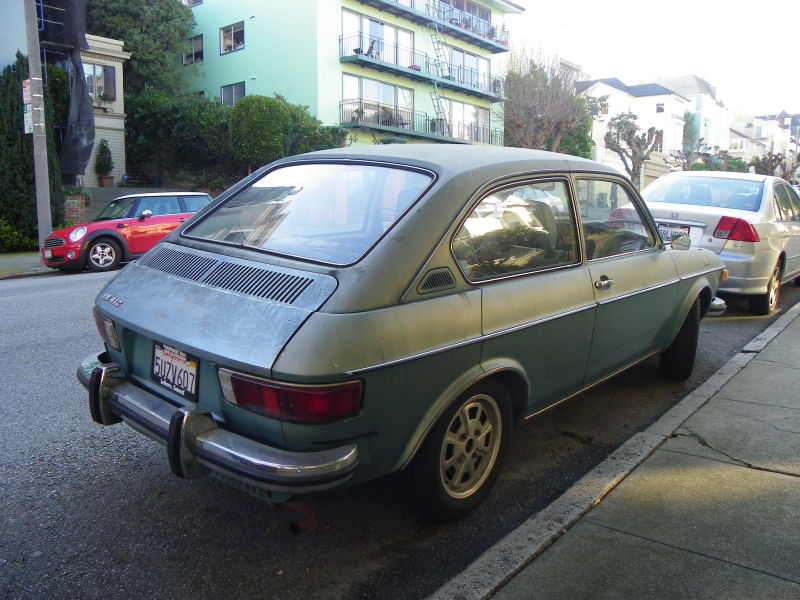 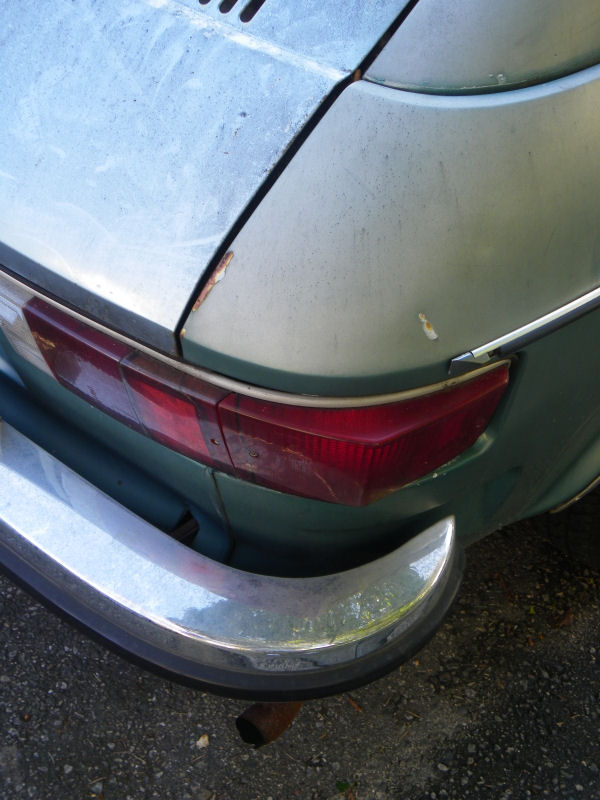 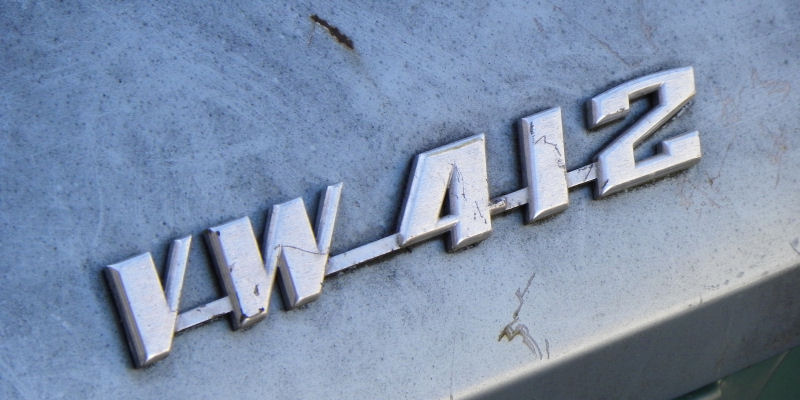 Come January 2011, though, I was driving through town and happened to spot the exact same car completely at random. Granted, SF is a small city when compared to a place like Chicago or New York, but it's still fairly unusual to just stumble upon the same car you saw miles away, two months before.
Condition is rough, but the body appears solid and could probably just be painted (after some damage repair up front, of course) to be presentable again. Polish the wheels and chrome and have an interesting little air-cooled city runabout.