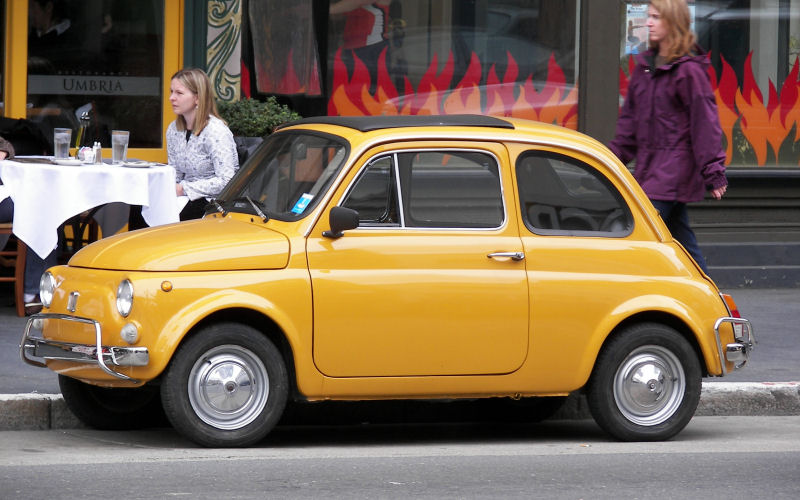 One of the very first cars I started photographing in depth when I began attending university was this 1972 Fiat 500L. It helped that the car was often parked one block from the building where most of my classes were held, and the fact it's the color of macaroni and cheese also helped the diminutive Fiat stand out. Where would one find the quintessential Italian city car? Why, in front of an Italian restaurant, of course! This car was featured by Murilee Martin on Jalopnik's Down on the Street series a few years ago and was described as belonging to the owner of the Umbria restaurant on the corner of Second and Howard Streets in San Francisco. He purchased the car for $500 in Italy and had it shipped over and registered with the custom license plate "FOLIGNO". Foligno is a city in Italy, which fittingly is located in the Umbria region. 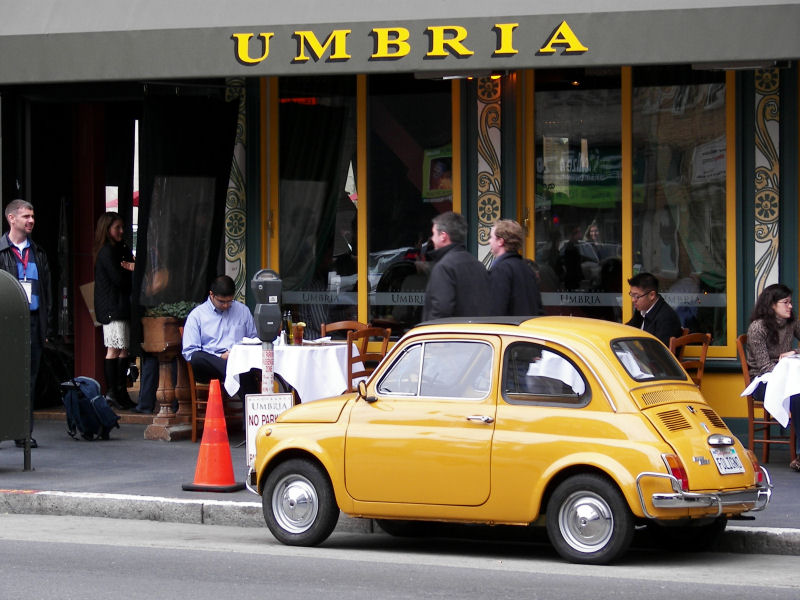 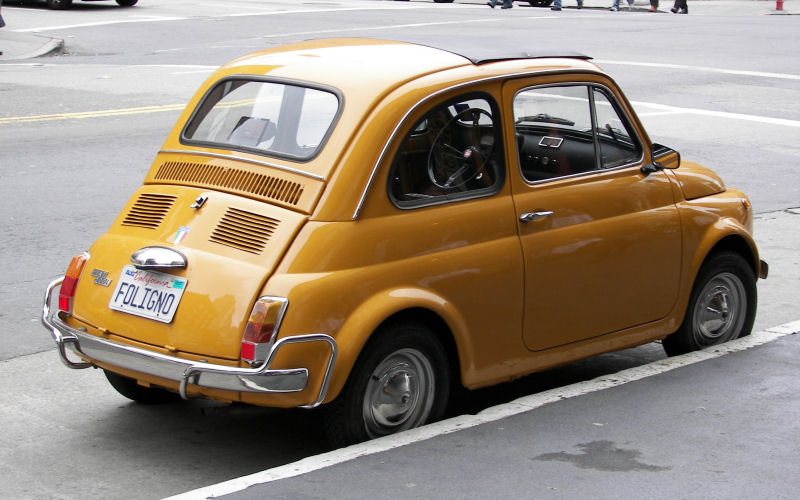 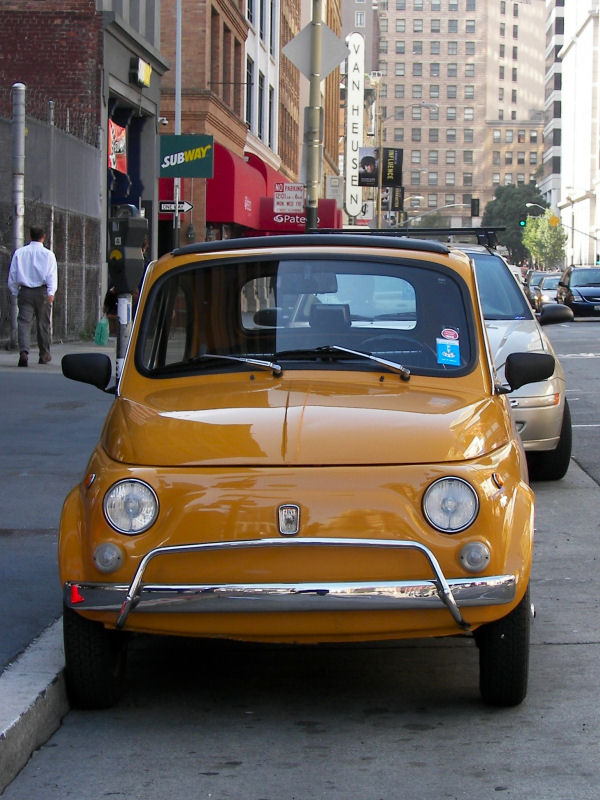 Being a 500L, this car has carpet and a few other touches which qualify it as the "luxury" model. That should be a clue that the regular Cinquecento was a very Spartan little runabout indeed. This example features a roll-back cloth sunroof for enjoying those days when the city isn't fogged over. It also appears to have had a center high mounted brake light installed in the rear window. Although it adds nothing to the car's looks, in today's world of large truck-based SUVs battling for first place in the daily commute, it is a very wise addition for prolonging the car's (and the owner's) life. Take a look at the picture with the Range Rover parked behind it for an idea of just how small and vulnerable a Fiat 500 is. 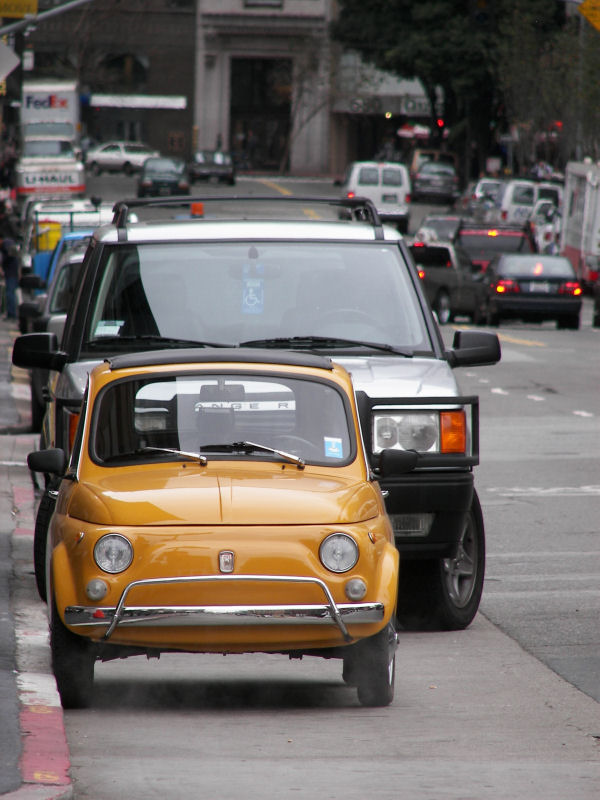 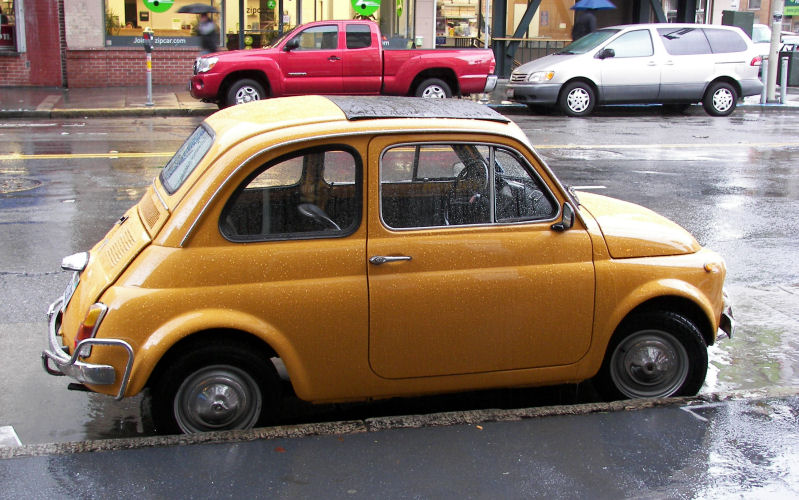 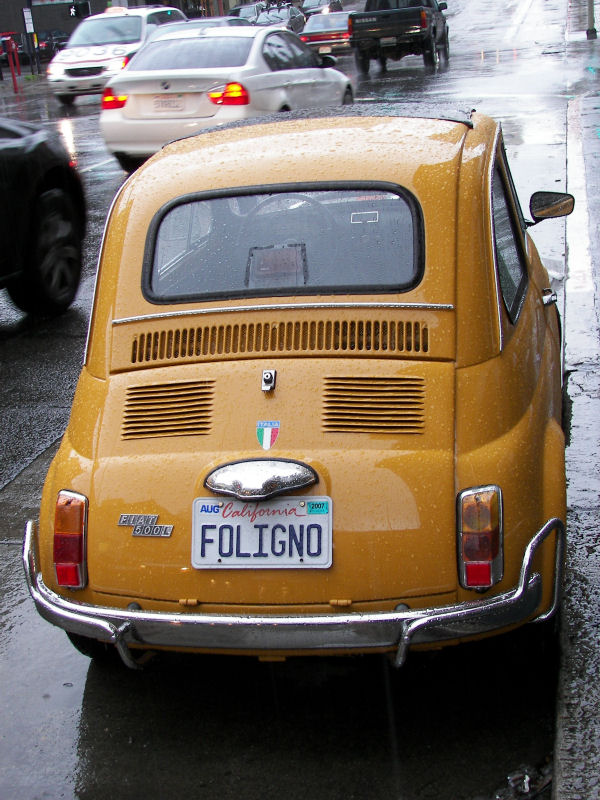 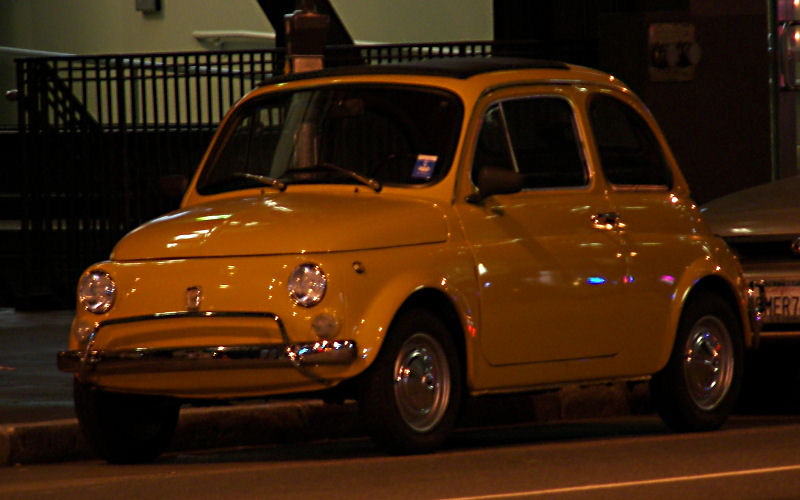 Notice that, unlike many of my street sightings, this car was often parked in the same place when I came across it because it was a daily driver which also served as an eye catcher for passersby. Parking an authentic vintage Italian car outside an authentic Italian restaurant also lends the eatery that European sidewalk cafe feel - at least as much as it can while still being located next to a yoga clinic. I saw this car several times and photographed it on the street on at least four different occasions. It's a very clean, nicely detailed little car with far more charm than the Fiat 'Nuova' 500 will ever have.
Posted by Jay Wollenweber at 12:00 AM