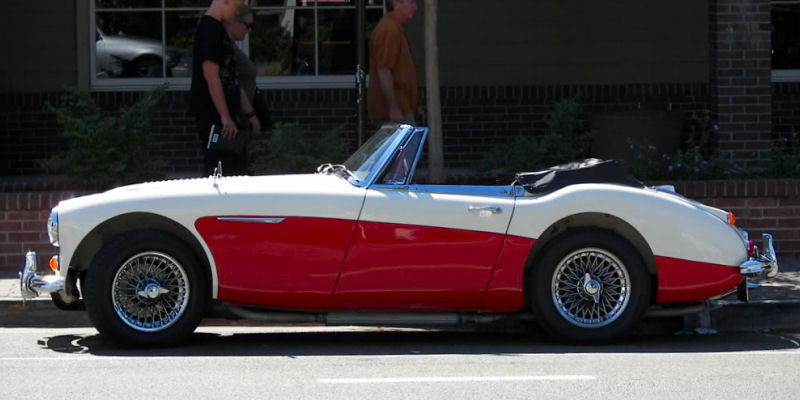 This is one from my archives, and it shows. My earlier photos, especially with my old camera, just aren't much to look at. The car, on the other hand, is quite the looker. It's an Austin-Healey 3000 Mk III, produced around 1965. 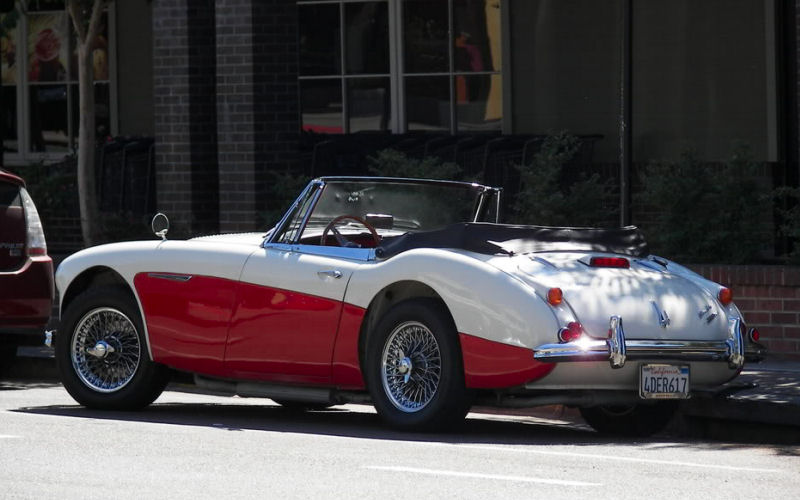 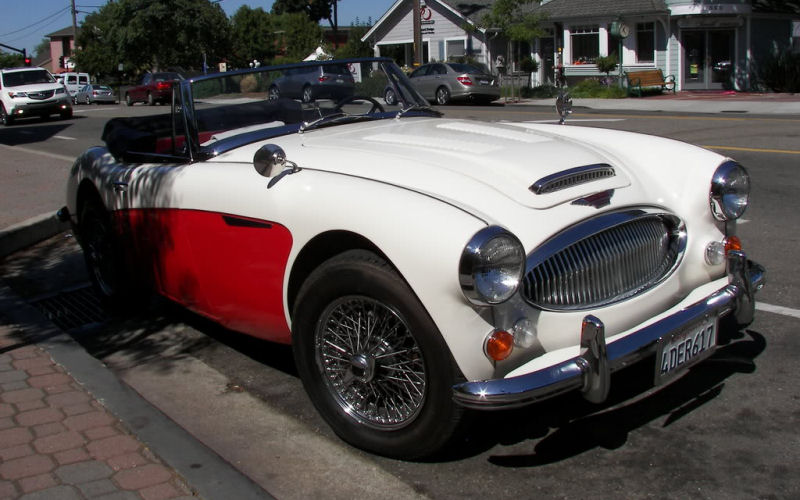 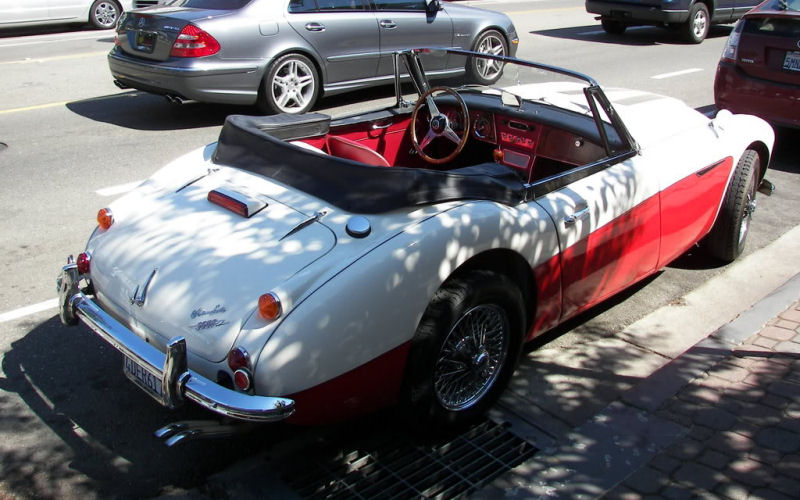 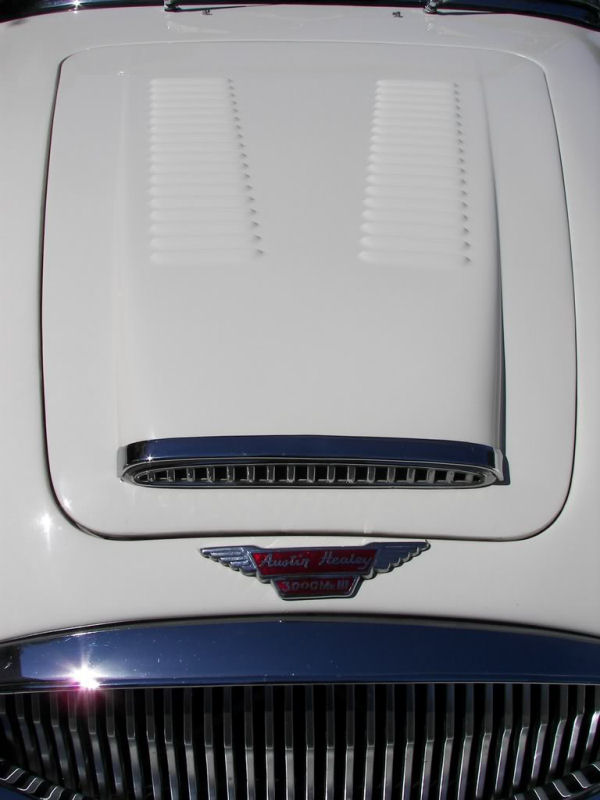 The 3000 has always been my favorite Healey roadster, and you don't often see one just parked on the street. Luckily this one was a spectator at a local car show, but parked his car on the street a few blocks away. Lighting wasn't the best, and if I'd had half a mind back in 2008 that several months later I'd be starting a blog, I'd have spent more time with it and taken more pictures.
The Mark III (1963-67) was the final incarnation of the 3000 and was also the most luxurious and powerful (both being relative as power translated to 150 horsepower and luxury meant a wood dash and roll-up windows.) I would also argue that the MkIII was the busiest looking, with all its federally mandated indicators and running lights and reflectors that stick out of the front and rear corners like so many warts. This particular car has a center high mount third brake light for added visibility to other drivers. Most of these cars that I've seen are painted in two-tone, but commonly with the darker color on top and a white lower tone. This reversal looks to be Old English White over Colorado Red with red interior, a walnut veneer dash and a Nardi wood-rimmed steering wheel. Looks like fun.
Posted by Jay Wollenweber at 12:00 AM