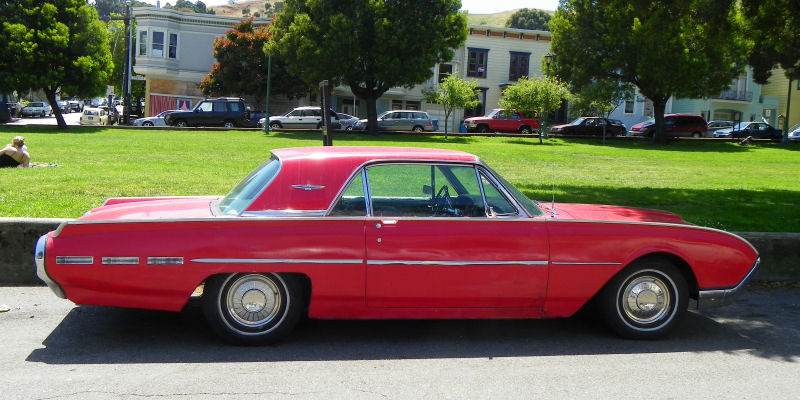 Rounding out "Where were you in '62?" week is a Blue Oval product, a 1962 Ford Thunderbird coupe. Third-generation Birds are becoming scarce on the roads, particularly as daily drivers. They're a guilty pleasure of mine, a car I like even though it's not particularly attractive. For a while I collected diecast '61-63 T-Birds, and was fascinated by them after seeing a cherry red '63 Thunderbird Sports Roadster in Disney's Flubber (pretty much the only saving grace in that film).
This one's rough around the edges but appears quite restorable. From across the street, it seems as though all it needs is a coat of paint, but up close I'm concerned that rust is starting in the rockers and the bottom front corner of the doors. Fords of the '60s tend to suffer from rust there. 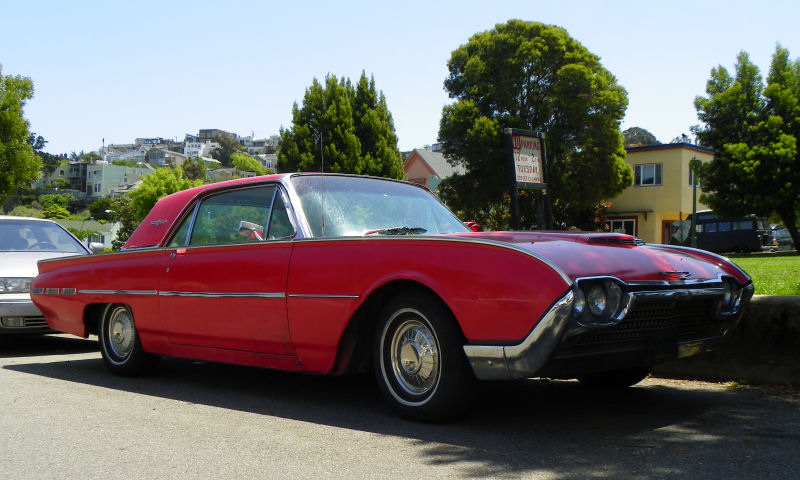 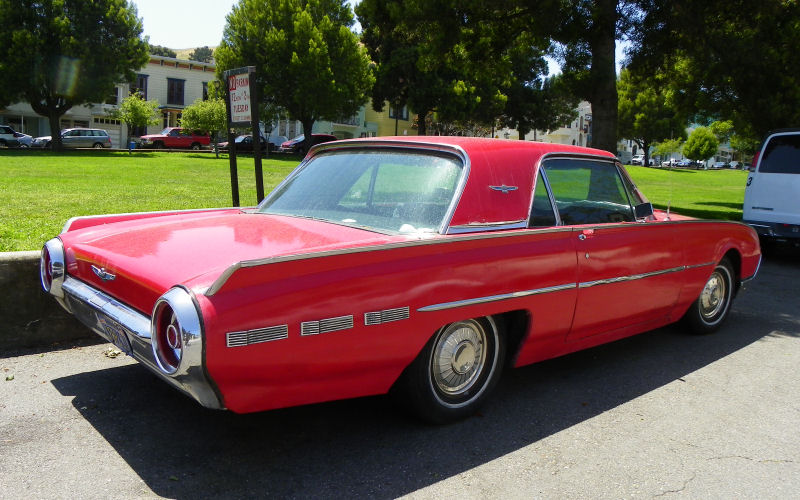 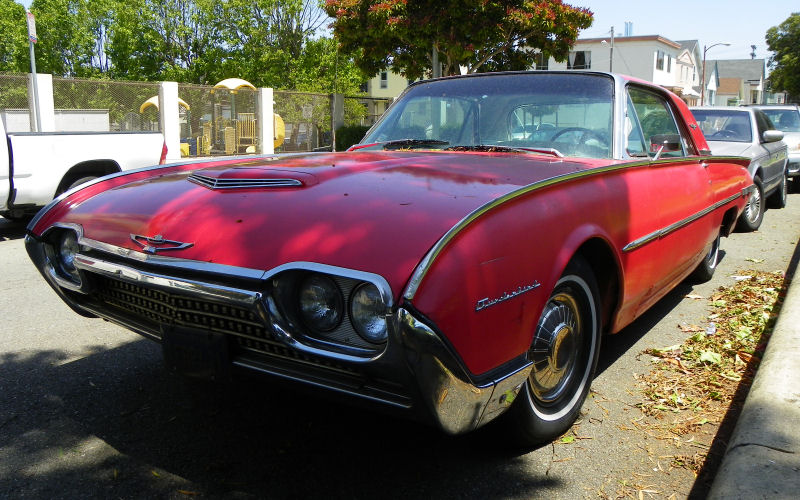 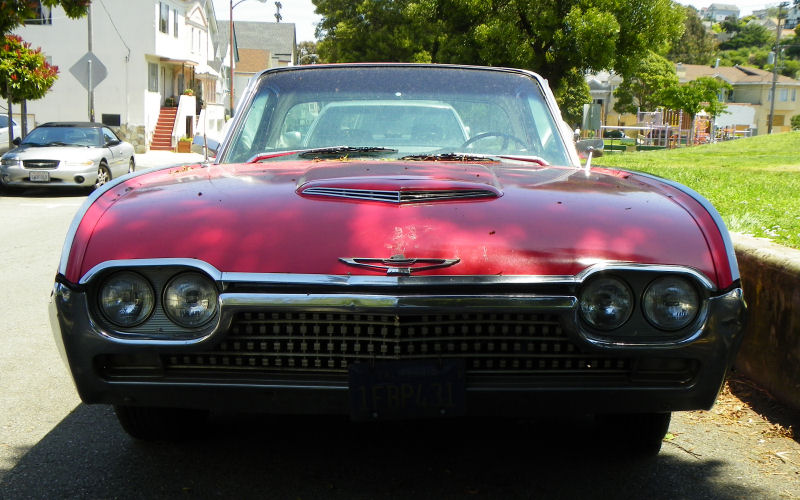 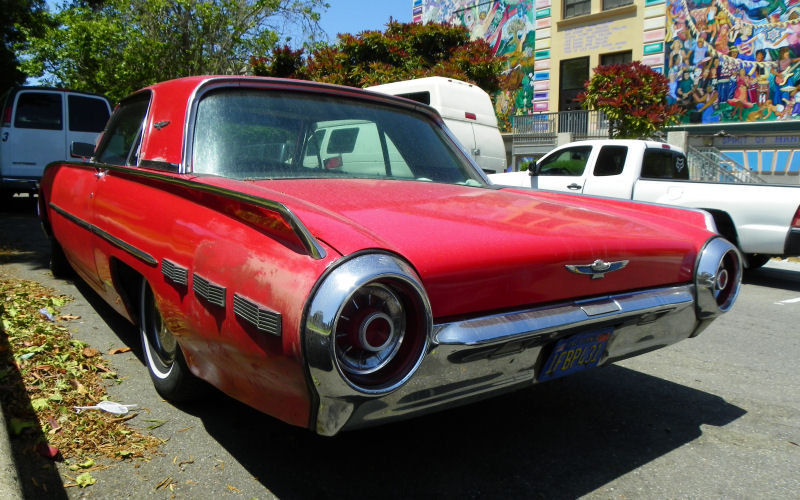 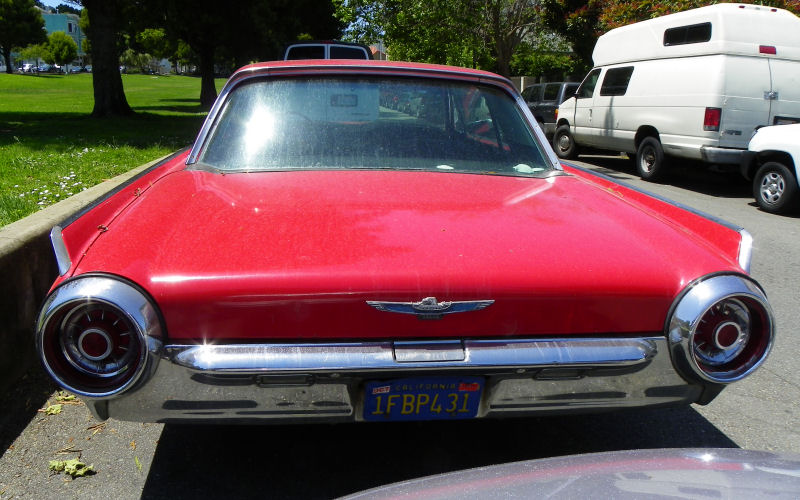 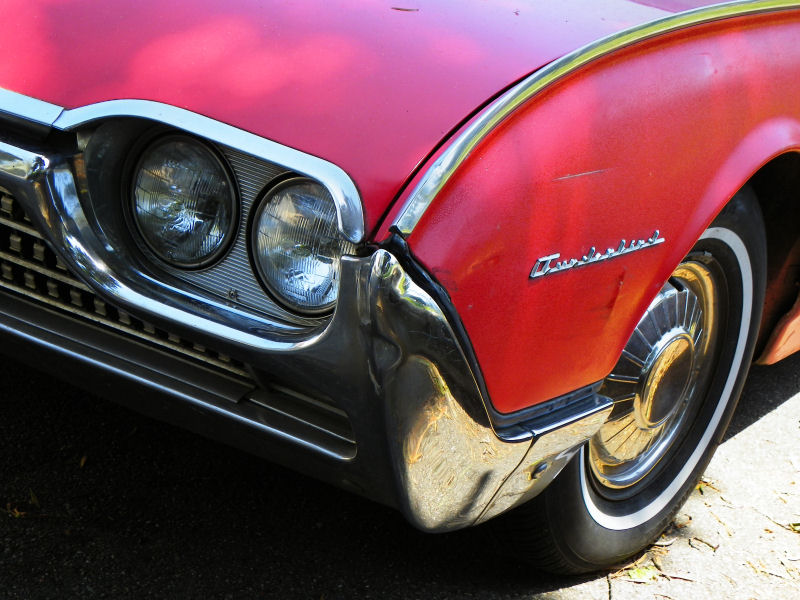 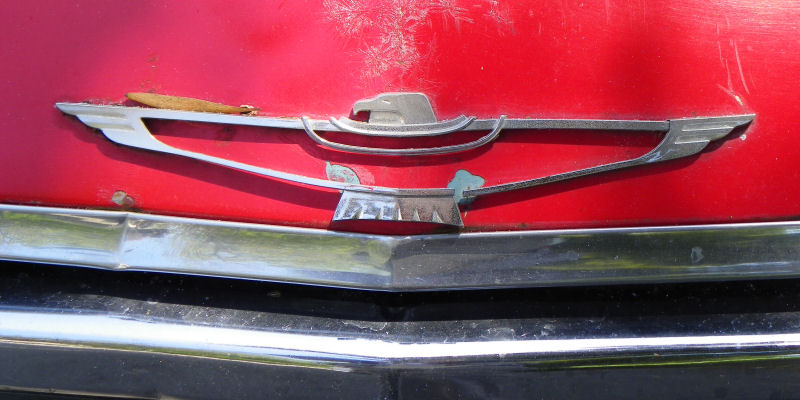 I wish someone would show this T-Bird some love, some paint and some body work. It's all there, now finish it.
Posted by Jay Wollenweber at 12:00 AM