Second in my collection of San Francisco cars photographed and featured by both myself and by my friend Colin Stacy of The Automotive Way, is this 1972 Ford Gran Torino coupe. 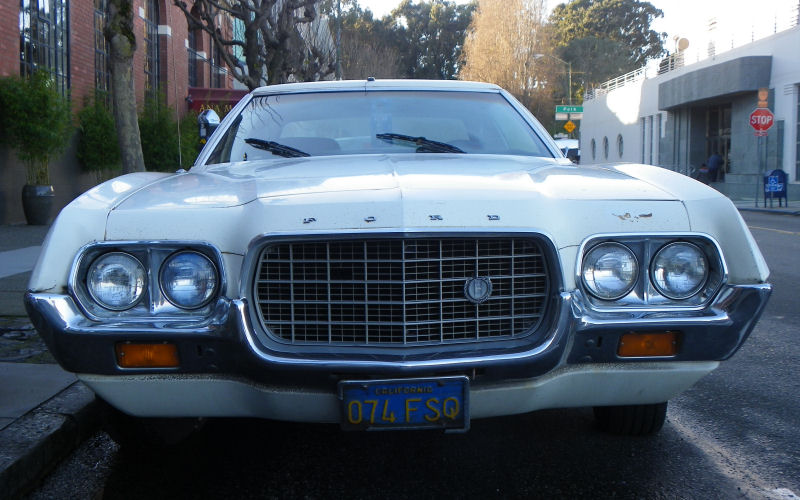 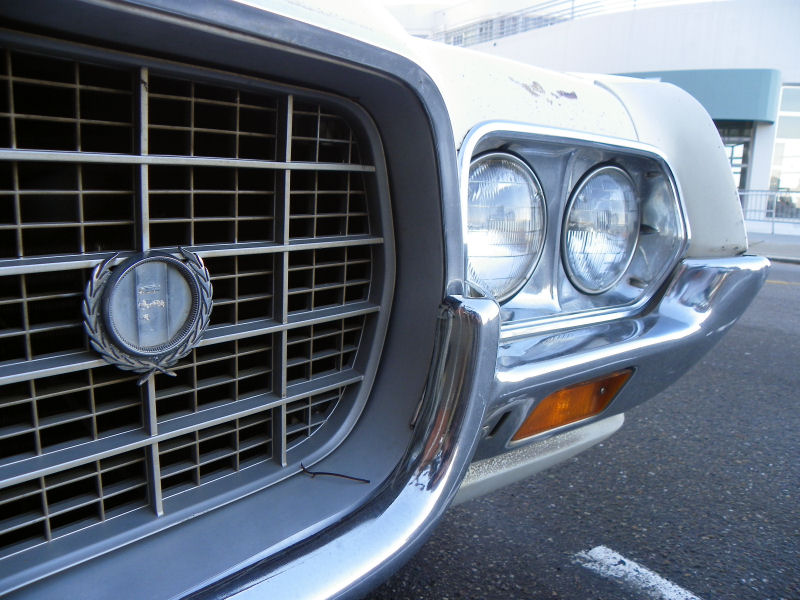 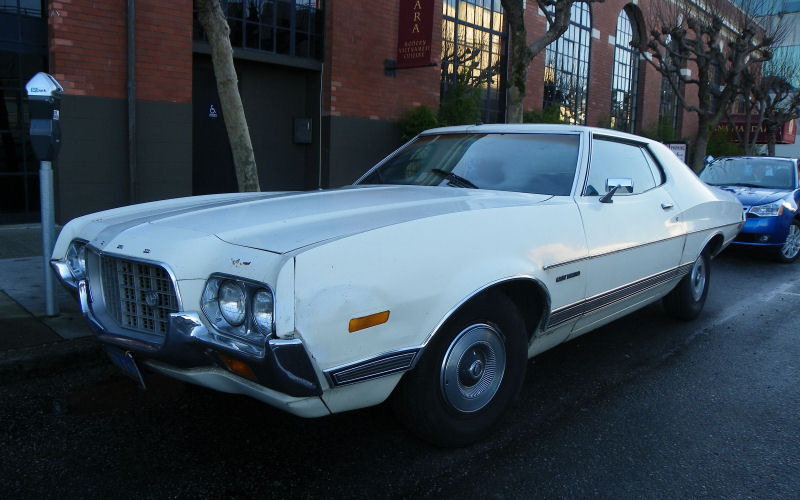 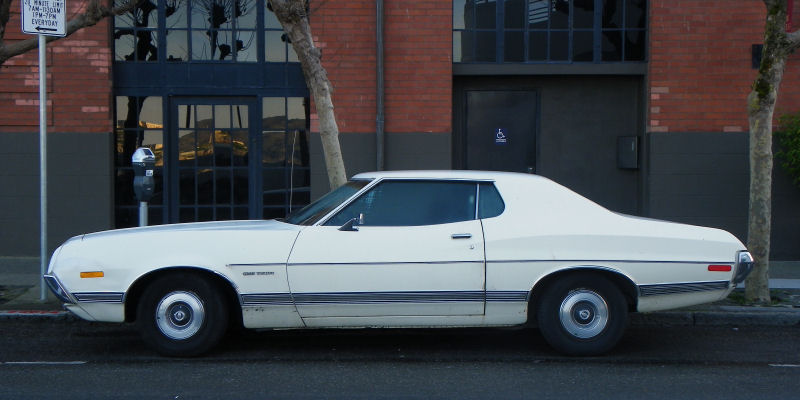 I'd seen this car before in the city, incidentally just around the corner from the 1970 Galaxie XL coupe I featured some time ago. I took a couple of pictures then, but that was years ago, before I even thought of starting a blog to catalog my findings. Flash forward to January 2011, and here it was down by Fishermen's Wharf, parked around the corner from another 1970s Ford coupe. In this case it was the black '77 Granada I featured yesterday. 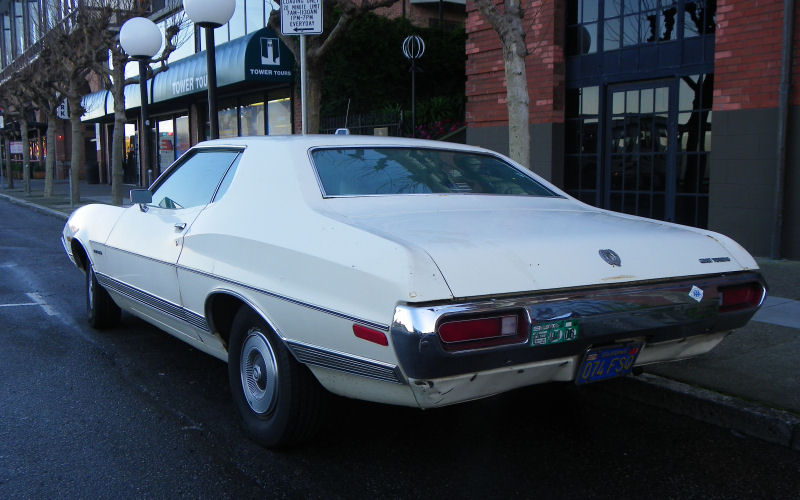 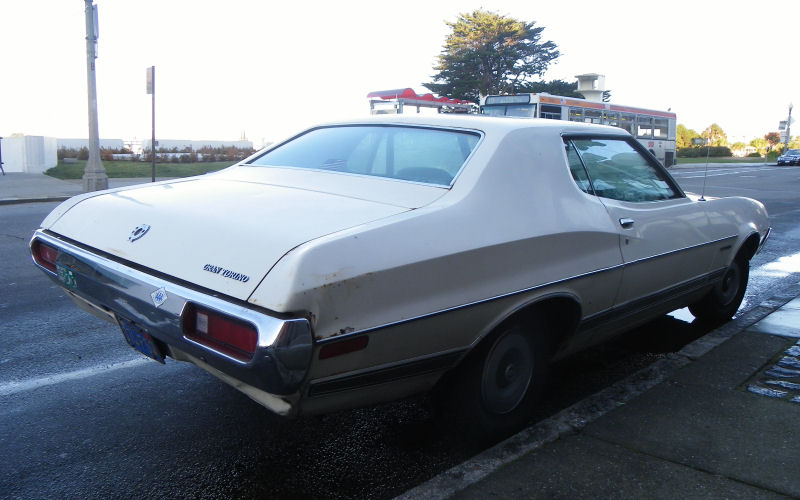 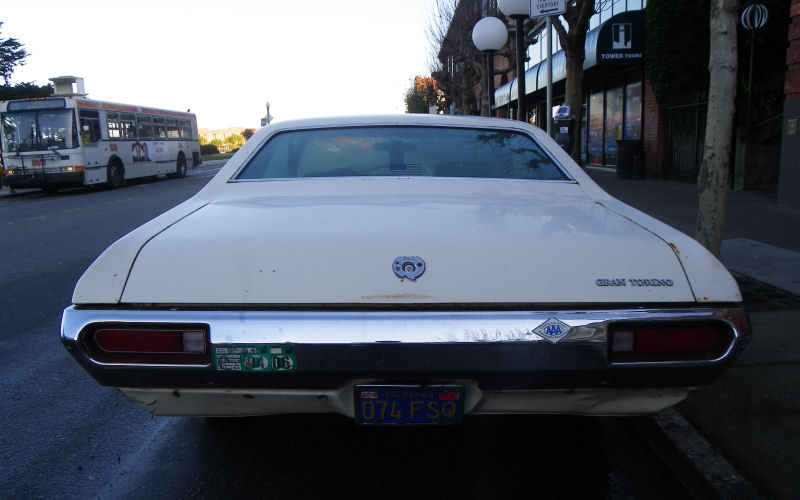 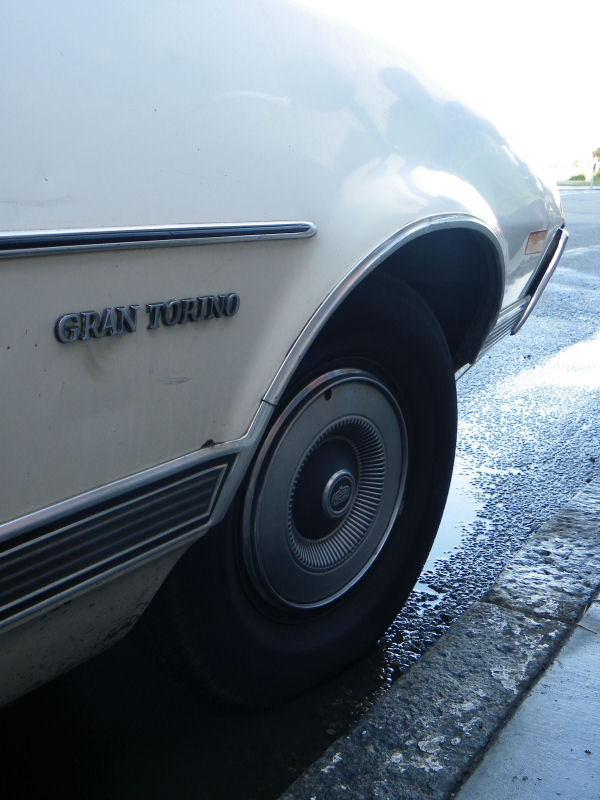 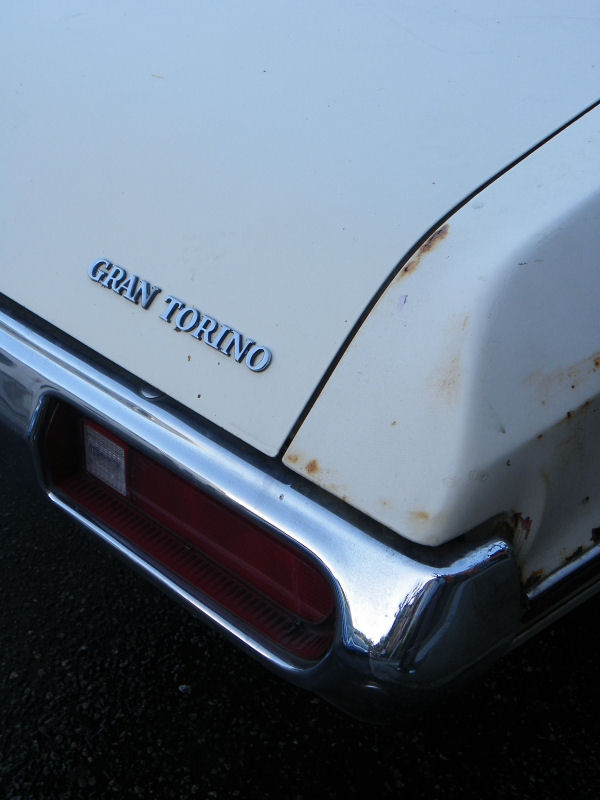 I make no secret of the fact that I really don't care for the look of these things. The '72 Torino was a totally new design after the generally successful 1970-71 model. The '72 dispensed with the long, low and wide look in favor of a stubbier body with the taillights in the rear bumper and a hexagonal eggcrate grille up front. To me it was a styling sin that wouldn't be properly remedied until the 1974 model year, when the facelift we all recognize as the "Starsky & Hutch" Torino was introduced. Interestingly, the Gran Torino was quite different from the homely-looking base Torino, and seems to have either vastly outsold it or nobody seems to have saved the base cars. Maybe both. Perhaps the main claim to fame for the '72 Torino for modern audiences was the Clint Eastwood film Gran Torino, in which a green Gran Torino Sportsroof (fastback) featured prominently.
While I may not like this car per se, I still respect it for standing the test of time in a tough town. It has its share of battle scars and a few bits of trim have been lost over the years. Provided it's taken care of, I'm sure it will continue to provide many more years of faithful, emissions-test-exempt service.