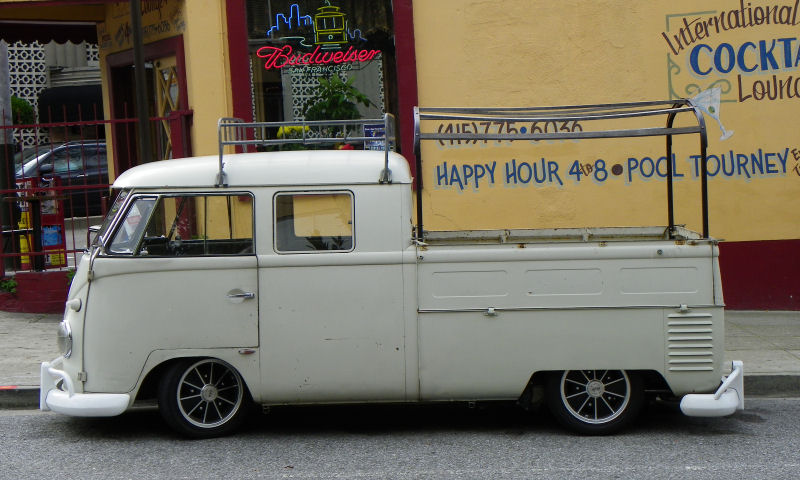 I have a mild interest in old VW pickups, mainly because they're so much less common than their van or "station wagon" versions. I don't even photograph most of the garden variety Type 2 Microbuses unless they're in mint condition or at least visually interesting. Most of them bore me these days. The pickups, however, with their novel hinged bed sides, are an unusual footnote in truck history. Interestingly, this VW predates the "Chicken Tax" that served to curtail sales of imported light trucks to the US (and did, quite effectively in the case of later VW pickups). 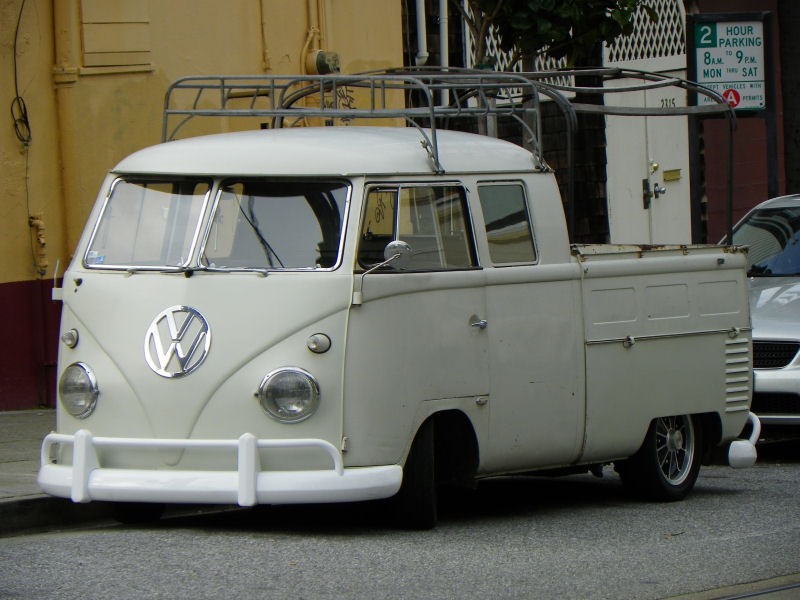 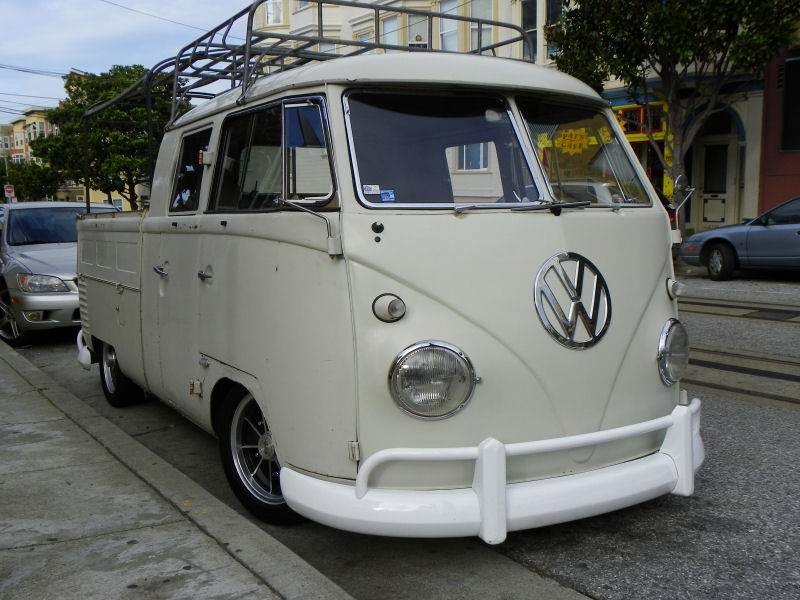 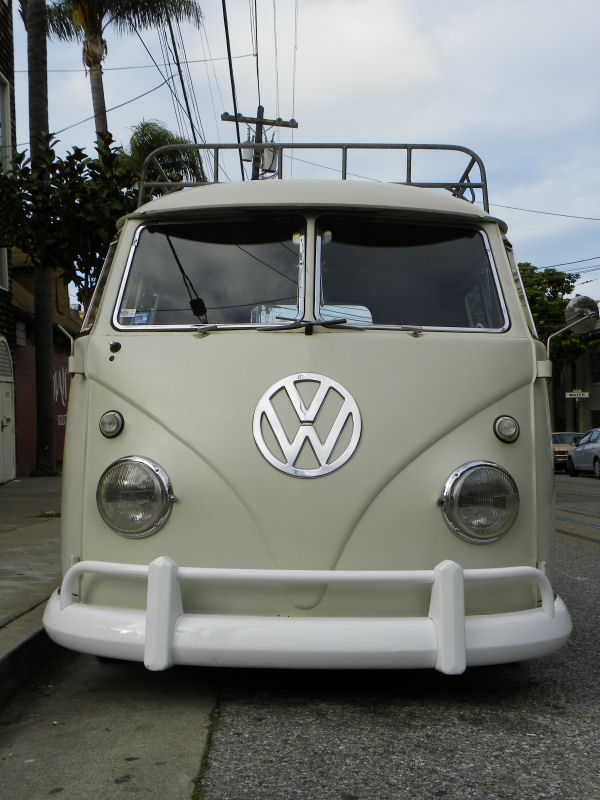 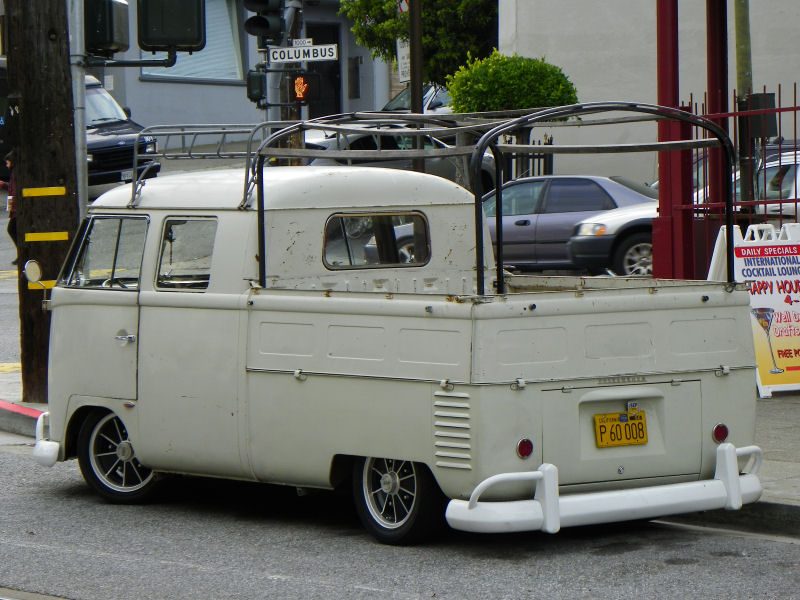 This one is a 1960 double cab pickup, called a Doka by some (short for Doppelkabine). These trucks are hard to come by, and it appears they're even harder to customize because the last one I featured had the same lowered stance and 5-spoke EMPI wheels as this truck. This one's in better condition though, and more detailed with bumper guards and a large rack over the bed area and roof. It's not what I'd pick if I had to choose a work truck, but it surely has more character than a white F-150.
Posted by Jay Wollenweber at 12:00 AM