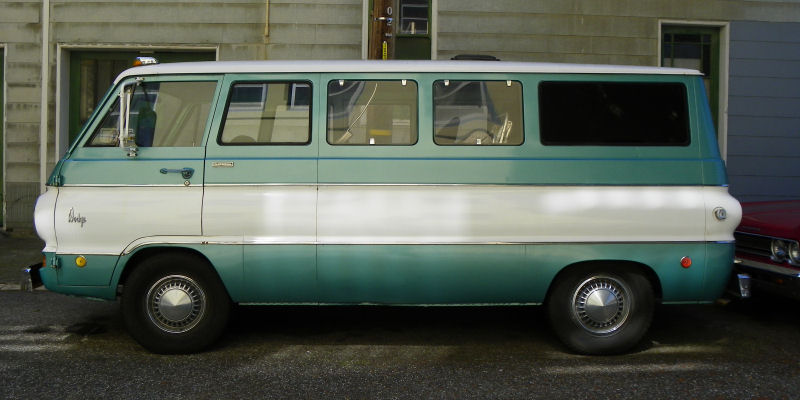 The first vehicle I featured here on California Streets was a 1968 Dodge A100, so in a way we've come full circle. This is actually the third Dodge A-van we've seen here, and this time it's a '68 A108 Custom Sportsman. It's owned by a Mopar collector in San Francisco. The last A108 featured was a 1970 model in the same colors as this van, but in rougher condition. In retrospect, I wish I'd shot this one more in depth, but at the time it was merely another A-series van and I didn't see a reason. Oh well. 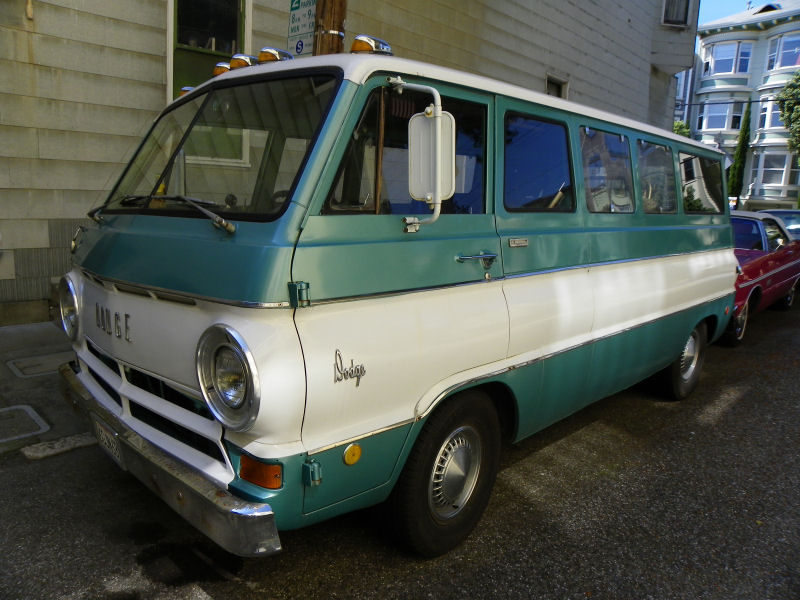 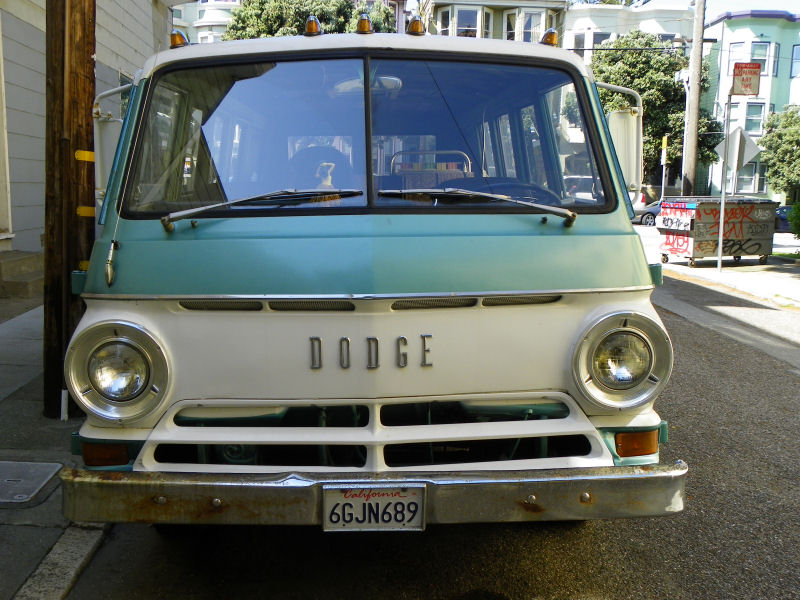 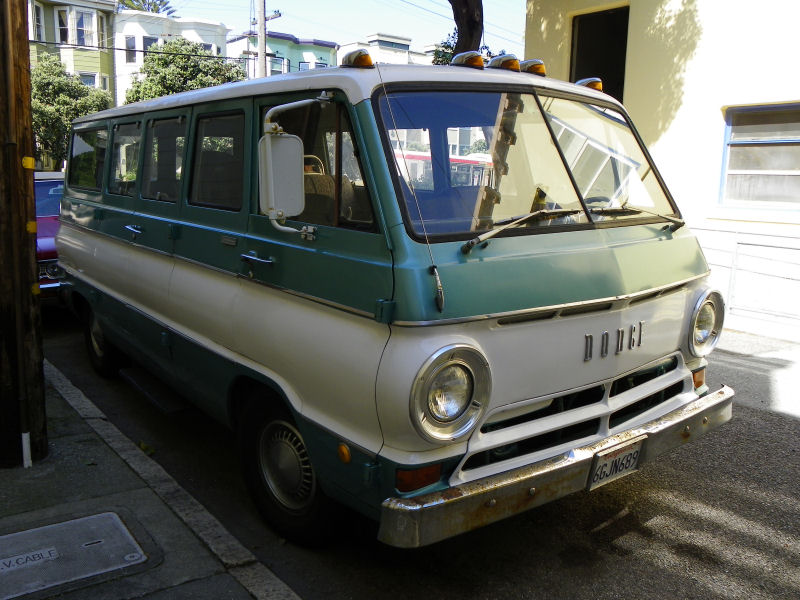 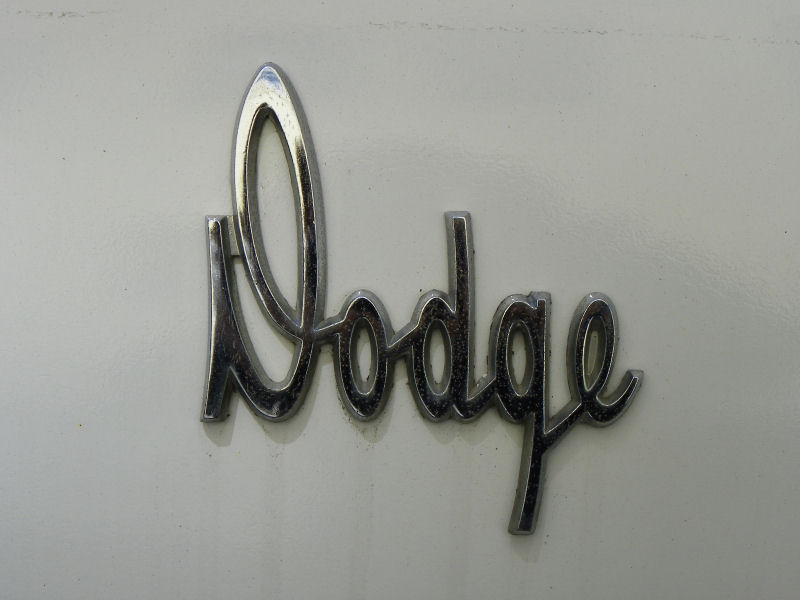 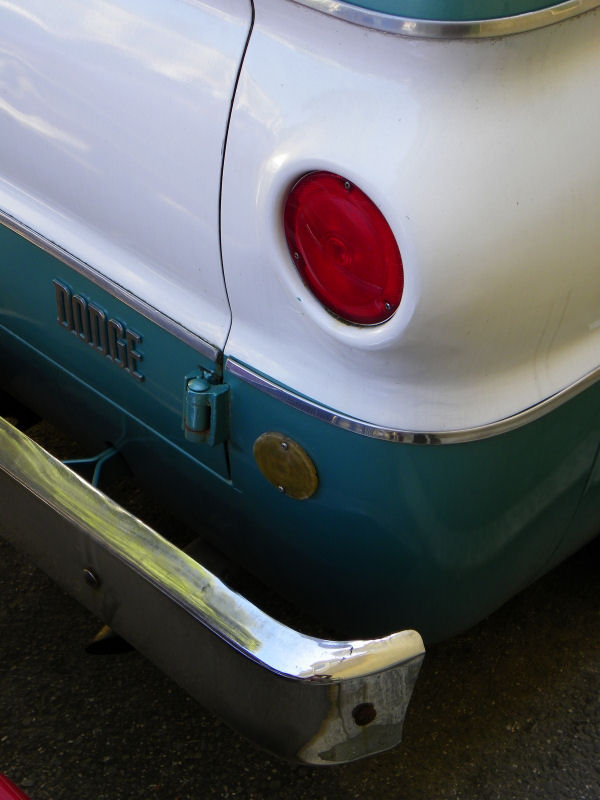 I don't have much to say about it other than to point out that paint work on older vehicles often wasn't on par with modern standards. Take a look at the masking job inside the grille where the secondary color was haphazardly masked off in plain view (visible above the "crosshairs" of the grille). If it were mine, I'd want to paint the inside of the grille black so it doesn't stand out. I'd also have the front bumper straightened and rechromed. It takes a special breed of person nowadays to respect and enjoy an old, primitively designed forward control van. I think that's cool.
Posted by Jay Wollenweber at 12:00 AM