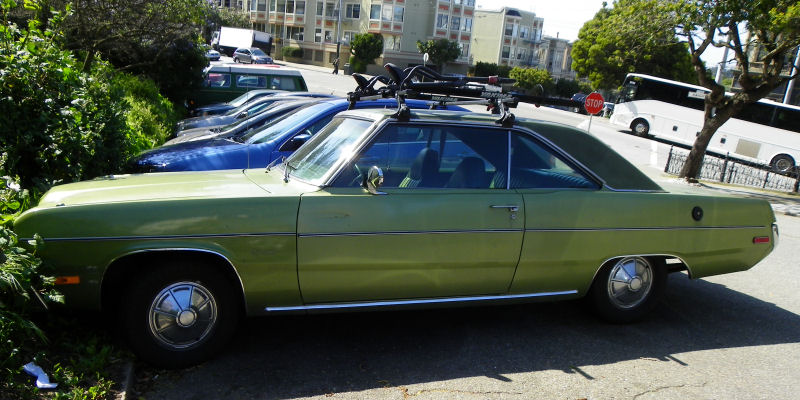 For a while now, one of my guilty pleasures in the automotive world has been certain iterations of the two-door Dodge Dart and Plymouth Valiant. That's right, I'm a sucker for the hardtop coupe (Demon/Dart Sport and Duster) and the two-door sedan (Dart Swinger and Valiant Scamp). The basic body design of both cars is simple and clean without being completely boring. And oddly enough, I've always been a big fan of the Swinger and Scamp's silly rear bumper design which incorporates the car's taillights. Most cars from this era that tried this design motif failed to pull it off adequately, but I think it works on this car. And in the pre-SUV era of the 1970s, I suppose it made sense to have lights mounted that low because most people drove cars that were all roughly the same height or lower. 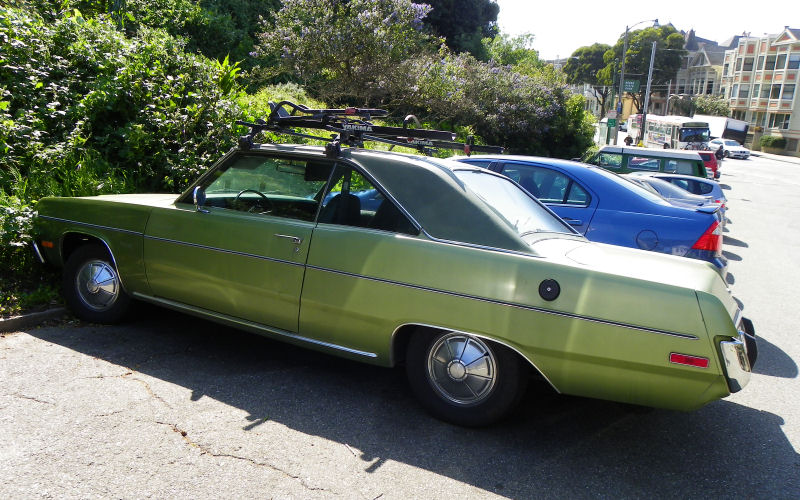 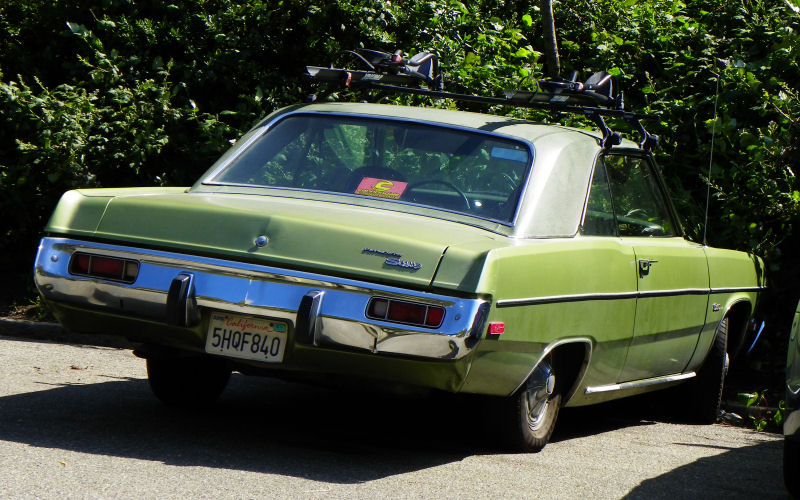 This 1973 Scamp is one of countless 'Valdarts' that survive in today's world, a car that was built for young people and families to buy cheap and which proved reliable for decades thanks to bulletproof powertrains. The chrome bumpers show scars, as does the trunk lid that appears to have been attacked with a pry bar at some point, but the rest of the body appears to be in good shape. It wears what is likely the original, cheerfully cheesy shade of metallic green with an olive vinyl top, green vinyl interior and full hubcaps that are in remarkably good condition. The Yakima cargo rack on top concerns me a bit, mainly because I don't know how much damage it's doing to a roof that's prone to rust. These older cars aren't known for having excellent rust protection from moisture seeping under the vinyl top. 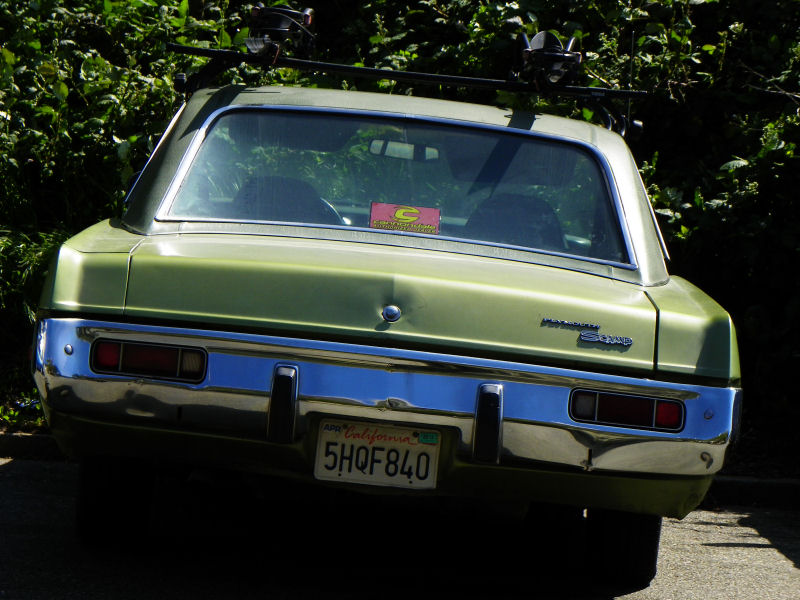 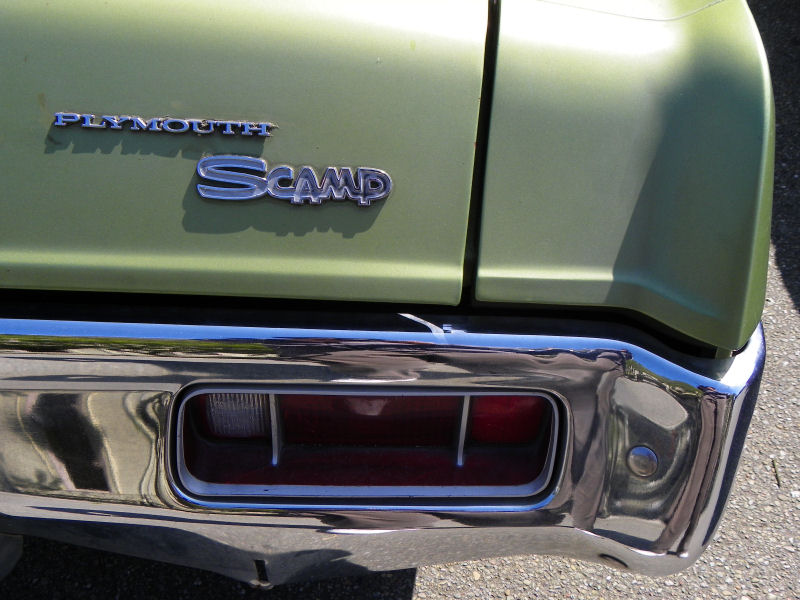 I'm guessing the person who owns this car still has it because it's smog-exempt, relatively frugal for its size and doesn't break down. A Valiant isn't flashy but it still allows an owner some dignity in knowing they have an affordable classic instead of a crappy econobox.