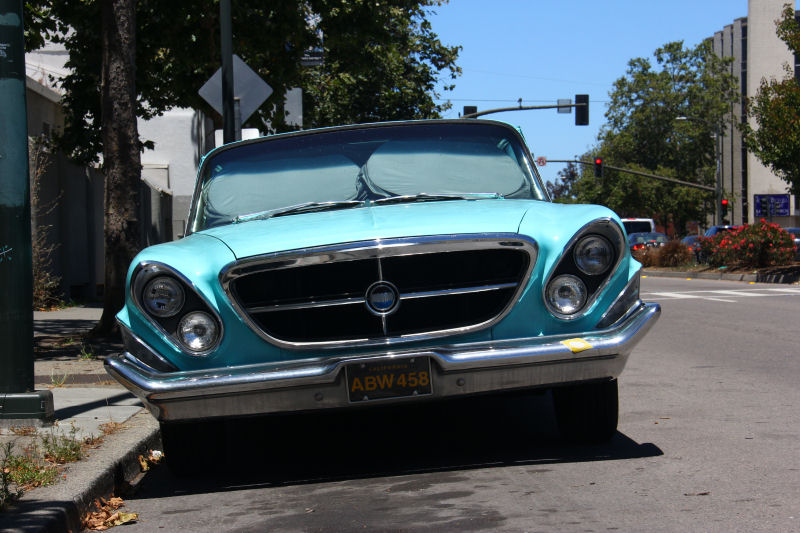 I have a difficult relationship with early 1960s Chrysler products. I grew up loving the Forward Look cars penned by Virgil Exner. But after 1958, things started to get weird. For your consideration is our second 1962 Chrysler 300 hardtop. 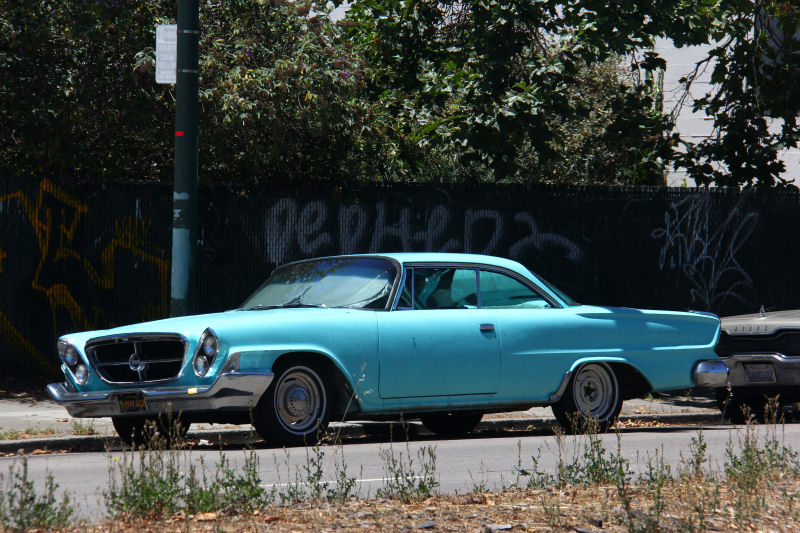 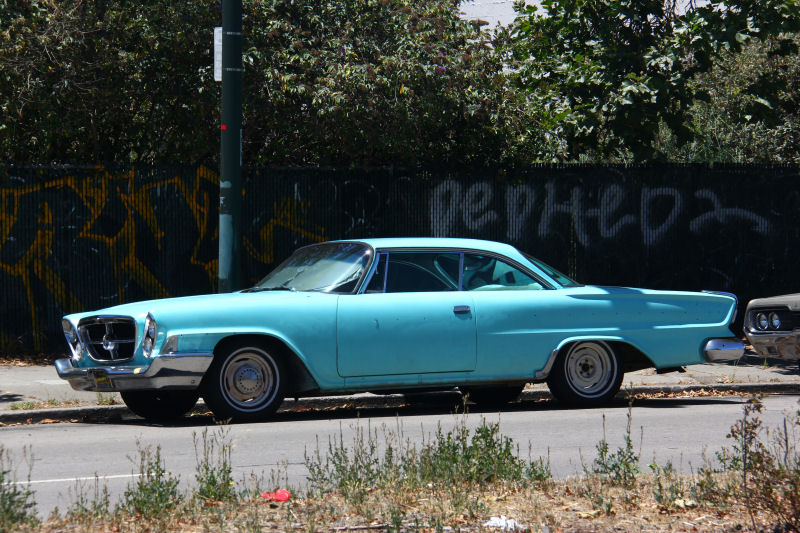 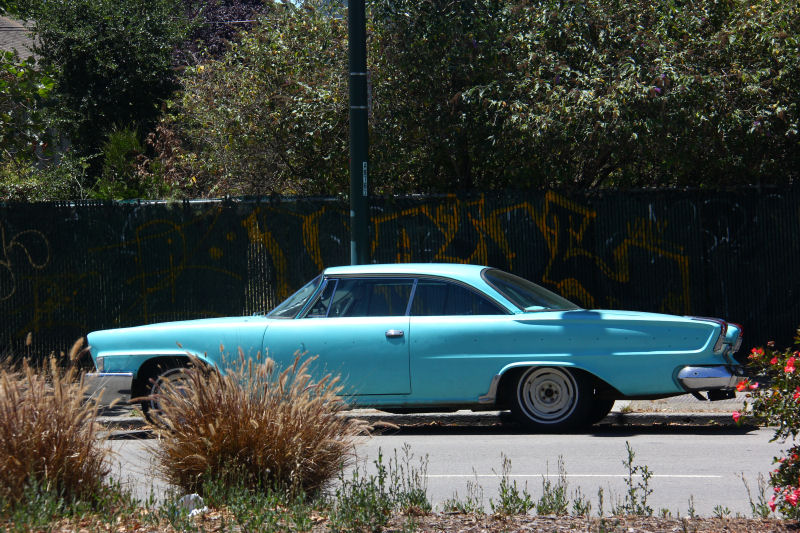 Forward Look, with its prominent tailfins, was becoming passe at the dawn of the new decade. The '60 models debuted a more dramatically styled body with new canted tailfins for Chrysler and DeSoto. Things got strange come 1961 when Chrysler and DeSoto got canted headlamps. It might have been a familiar look to 1958 Lincoln and 1959 Buick owners, and the style caught on with hot rodders of the era. But by '61 the Mopars were some of the only cars doing that from the factory. It was certainly a unique vehicle. Come 1962, the industry hurried to downsize many of their cars and minimize the fins. Exner was fired from Chrysler when his so-called "Plucked Chicken" cars faced criticism from executives and the public. 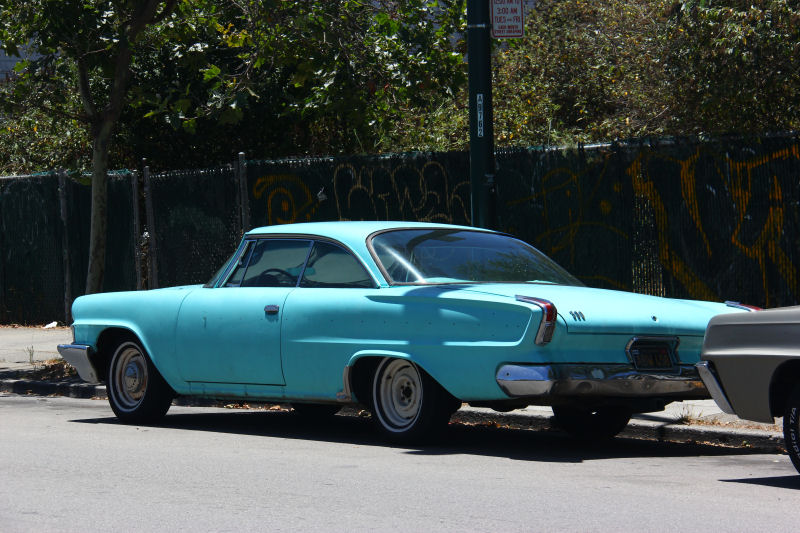 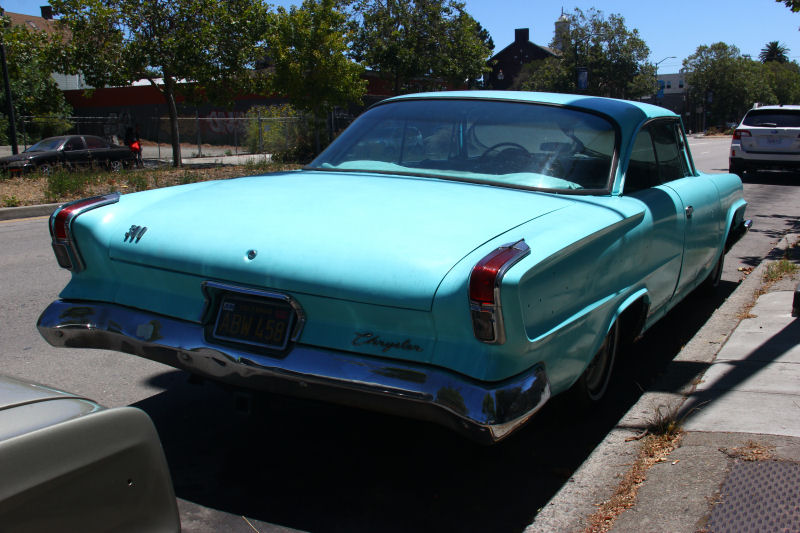 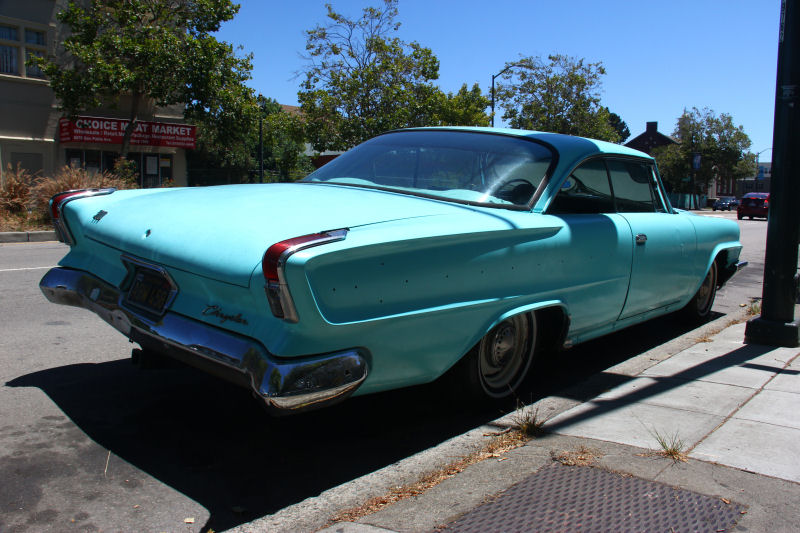 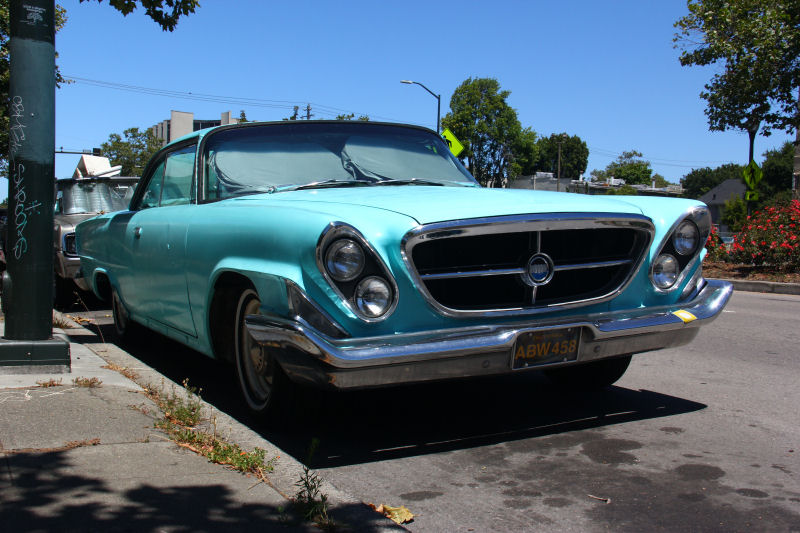 One might say the Chrysler brand got off easy. Where Dodge and Plymouth suffered, and DeSoto outright died, Chrysler received cars that lost their slanted tailfins for a far more subdued rear end. To my eye it looked like a more successful evolution from the 1961 Dodge's potato-peeler reverse fins. 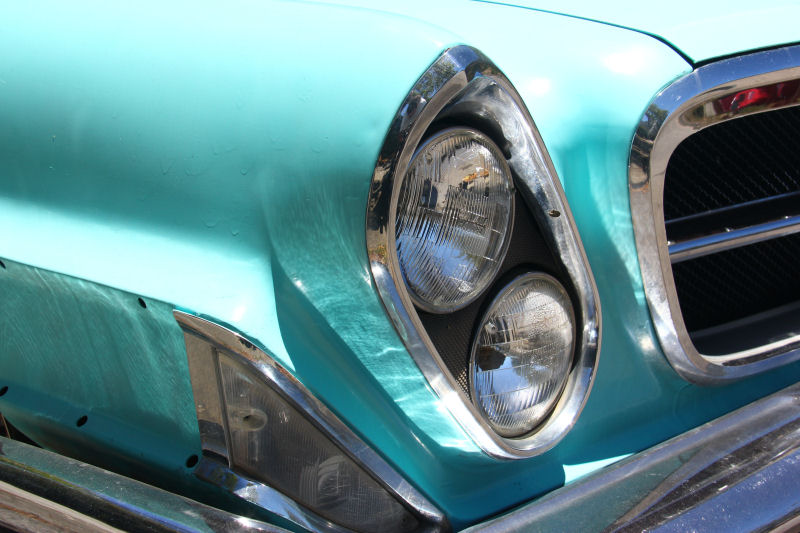 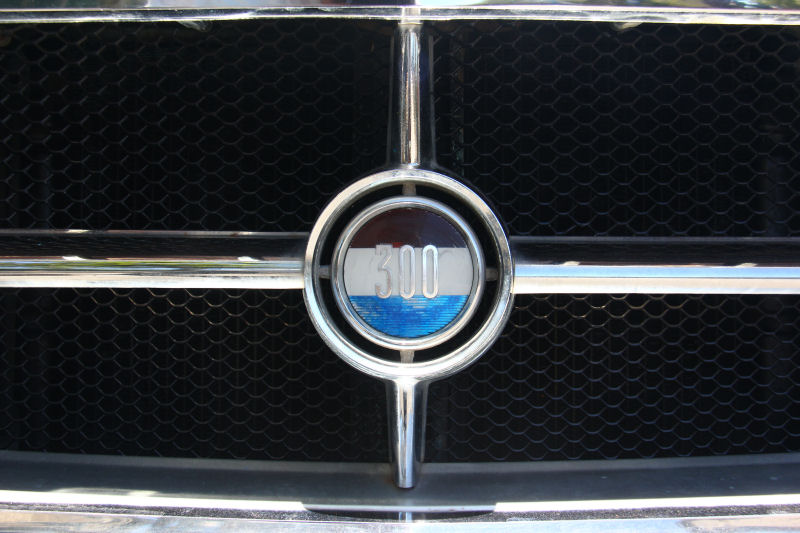 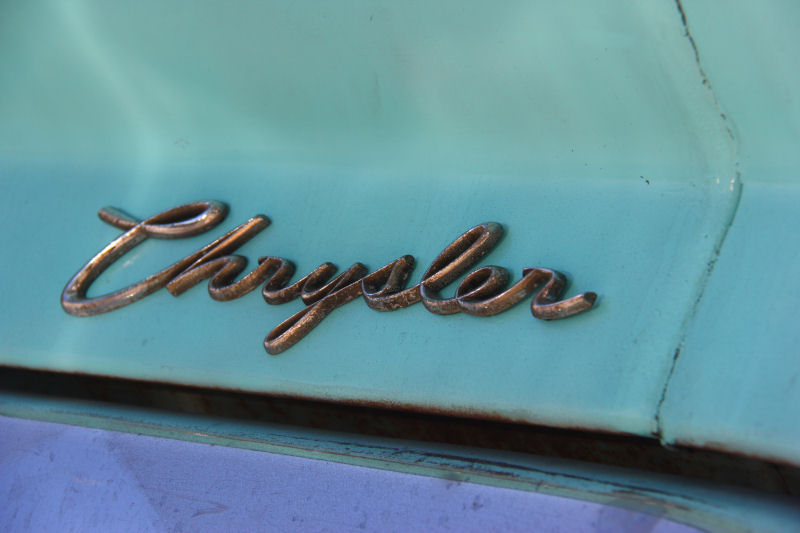 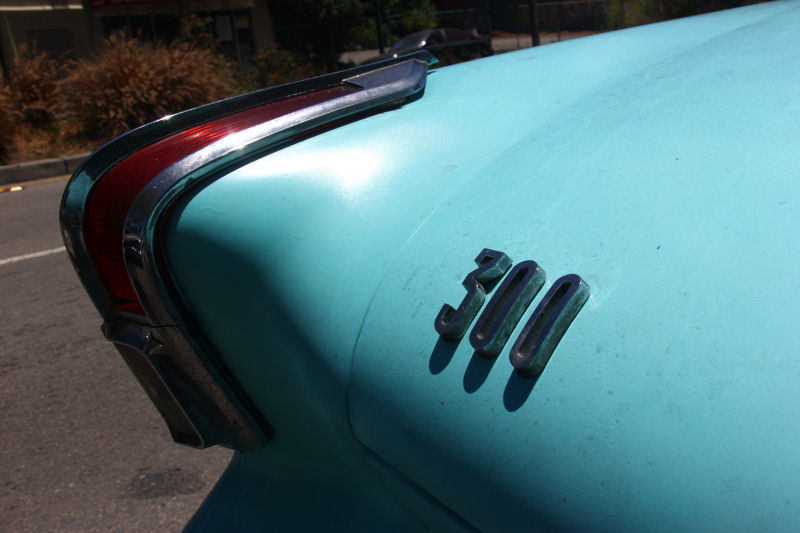 This particular Chrysler 300 coupe is a curious beast. Without the chrome trim spear on the sides, the body styling is actually quite simple. Despite being a midrange model, it could almost pass for a fleet car with its steel wheels and dog-dish hubcaps, and pale blue repaint. I'm curious what it has under the hood. I would guess the base 383 Wedge V8 producing some 335 horsepower. I believe it belongs to a Mopar collector, so it could be anything. It looks like a fun low-budget cruiser.