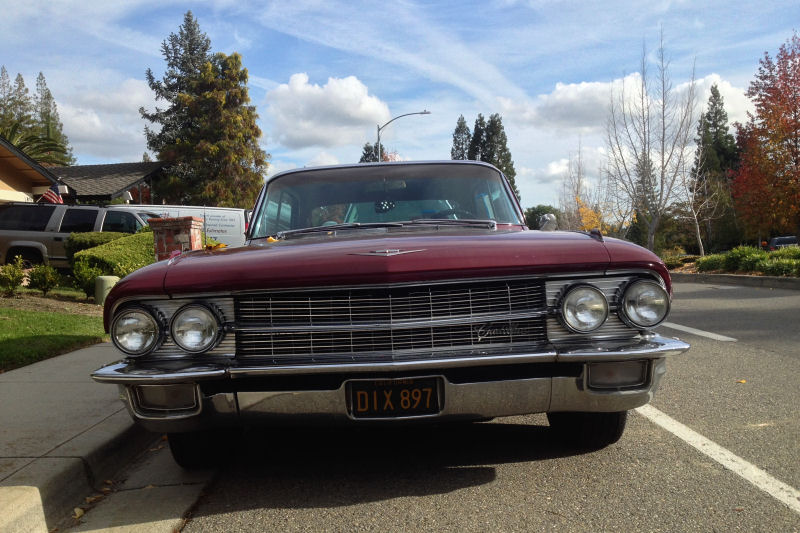 These pictures were taken with an old phone camera but this car was cool enough that I still wanted to share. It's a 1962 Cadillac Fleetwood. 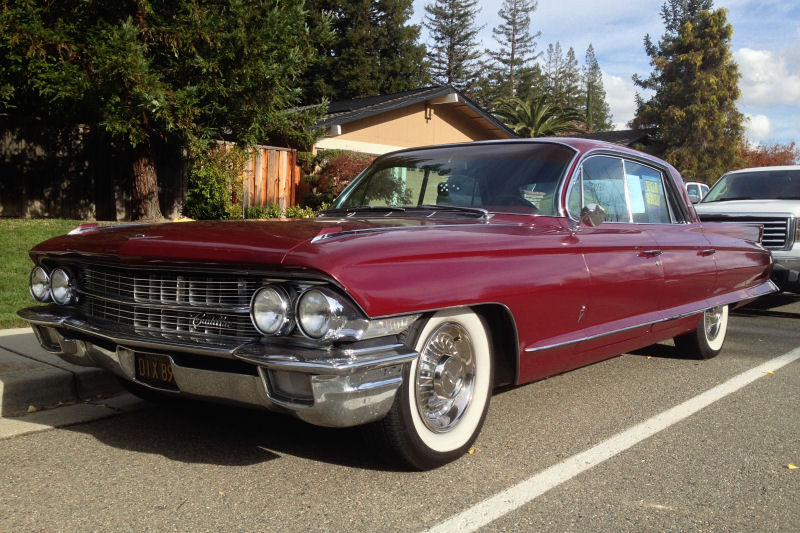 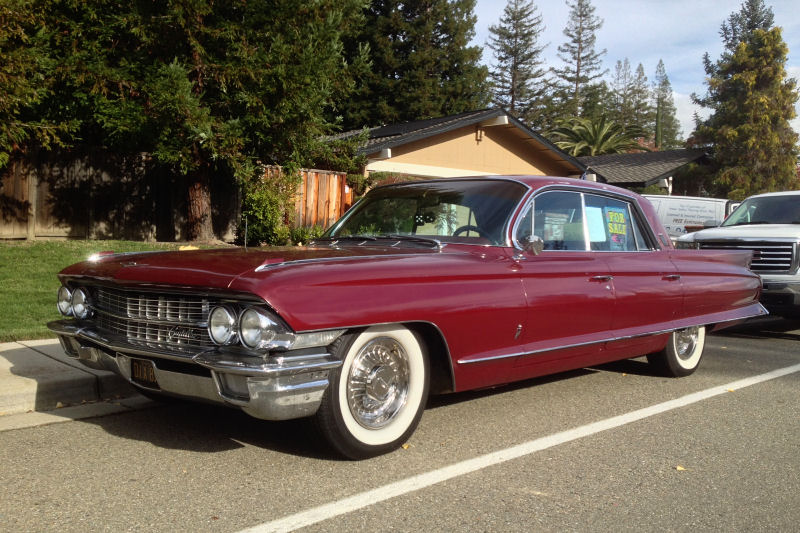 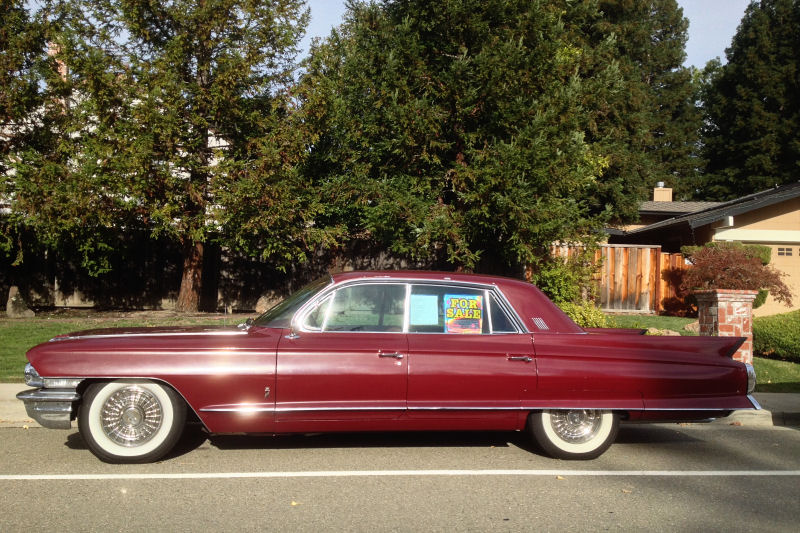 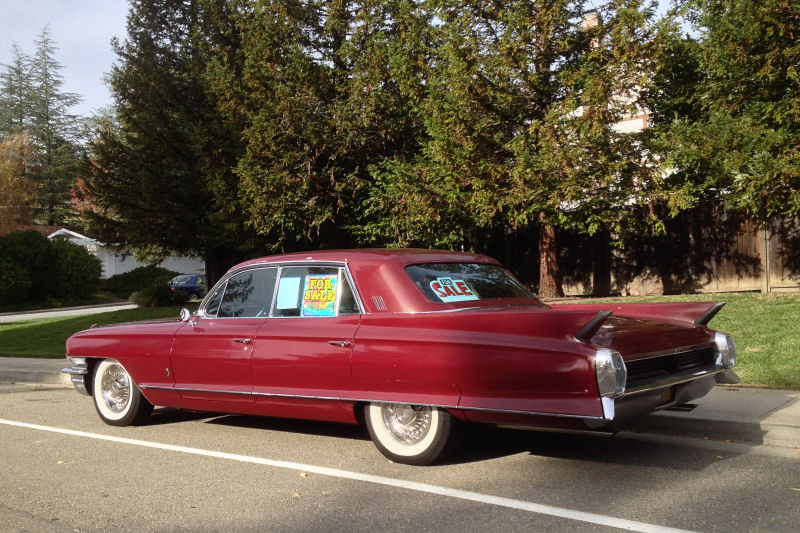 Once upon a time, Cadillac was regarded as the Standard of the World for luxury automobiles. A lot of that was marketing, I'm sure. But a lot of working people aspired to own a Cadillac as a symbol of their success. If you drove a new Cadillac, you had made it. If you drove a used Cadillac, maybe you weren't rich but you knew quality. Today a vintage Caddy from the golden age turns heads for its styling even if the factory equipment is no longer considered all that luxurious or exclusive. Obviously people's standards for a well-equipped or luxurious car have changed, but it's hard to argue with classic tail fins, whitewalls and chrome. 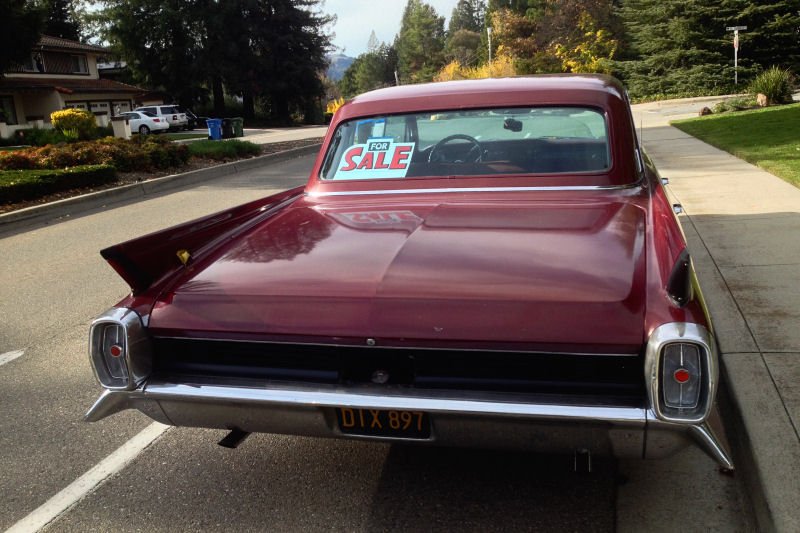 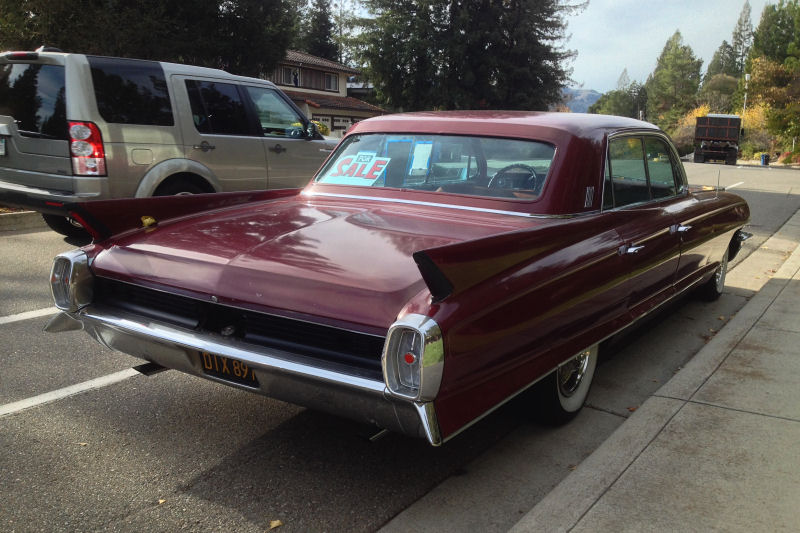 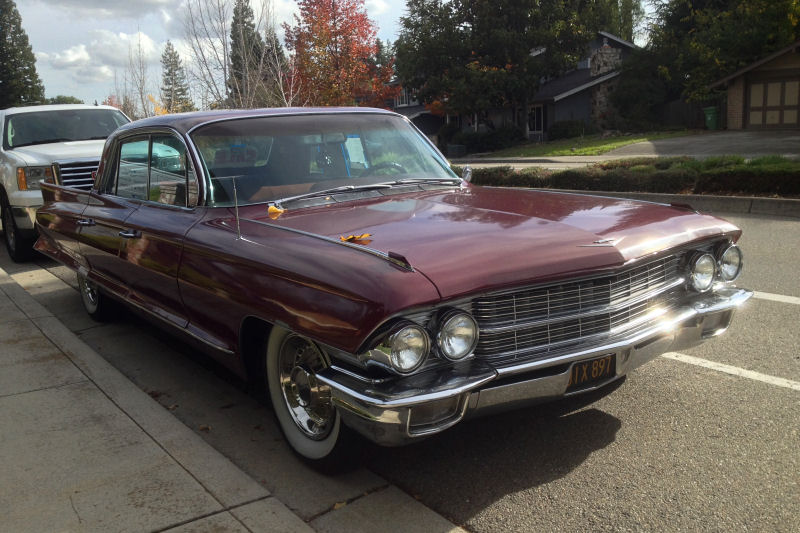 Cadillac was a robust brand in those days. GM sold more than 160,000 Cadillacs in 1962. For perspective, Cadillac hasn't managed to match that figure in the US market since 2016. The year this car was produced, buying a Caddy meant you got a standard Hydra-Matic automatic transmission, 390 cubic inch V8 engine, power steering and brakes, power windows, fog lamps, lighted ashtrays, four cigarette lighters and a heater. All cars received cornering lamps as a safety feature for added visibility at night when using the relevant turn signal - my 1999 Buick has something similar and I always thought that was cool. 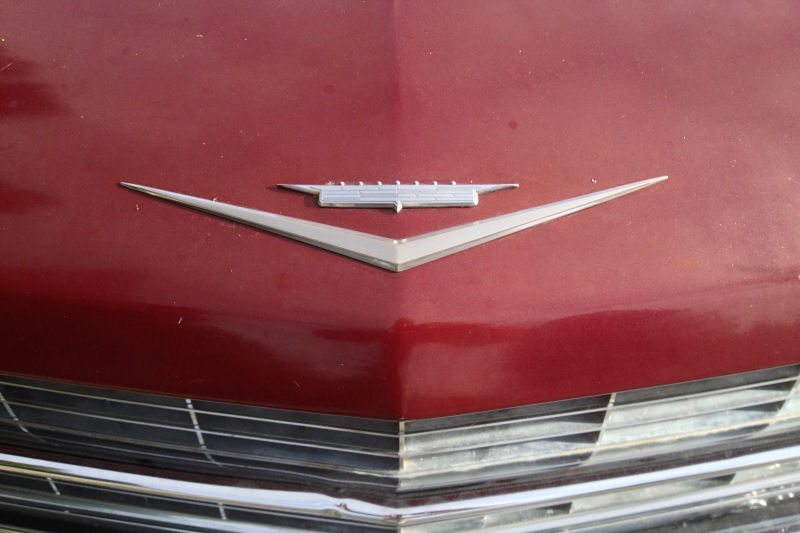 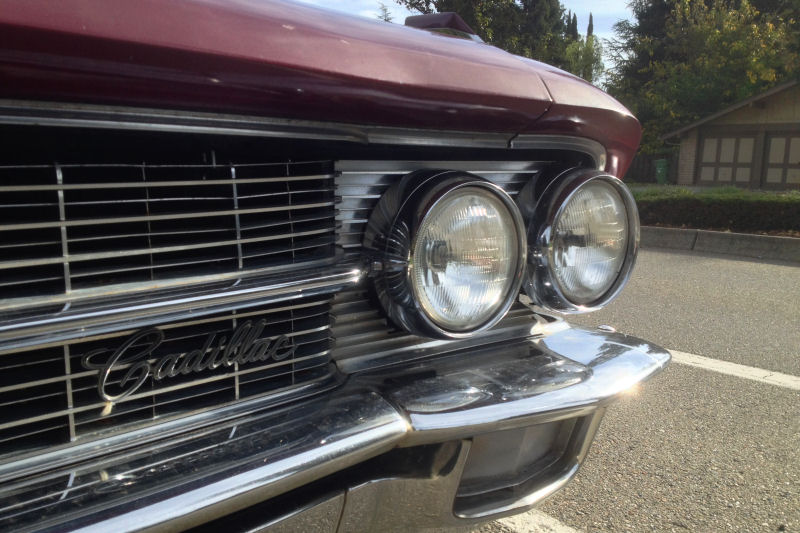 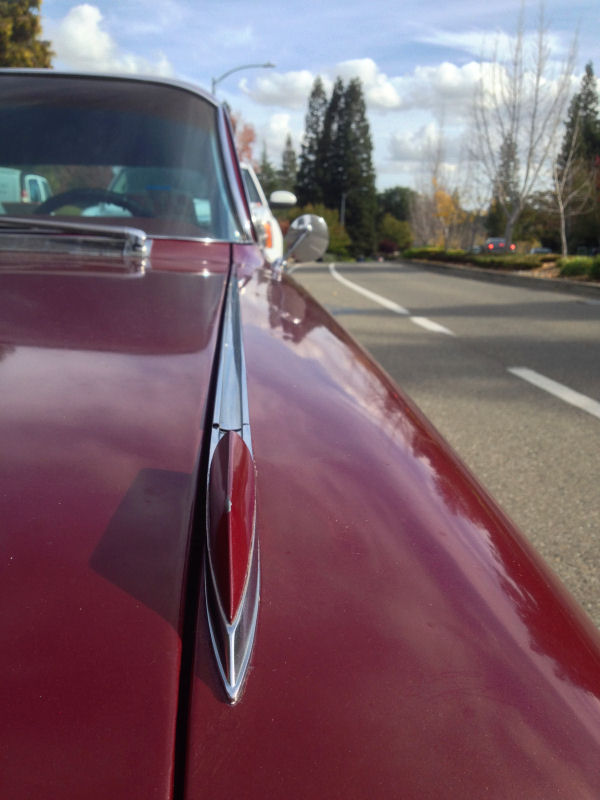 Cadillacs were fashionable, so interiors were styled with a range of fabrics, leathers and patterns considered to be harmonious and luxurious. The sales literature showed elegant people dressed in evening finery beside glittering, color-coordinated Cadillacs. They were big cars, too. The brochure claimed the '62s were smaller overall than their gargantuan-finned predecessors, yet the Fleetwood 60 Special measures in at 222 inches in length. A good 16 inches longer than a modern Cadillac CT6 sedan and only five inches shorter than the current flagship Escalade ESV long-wheelbase sport utility. 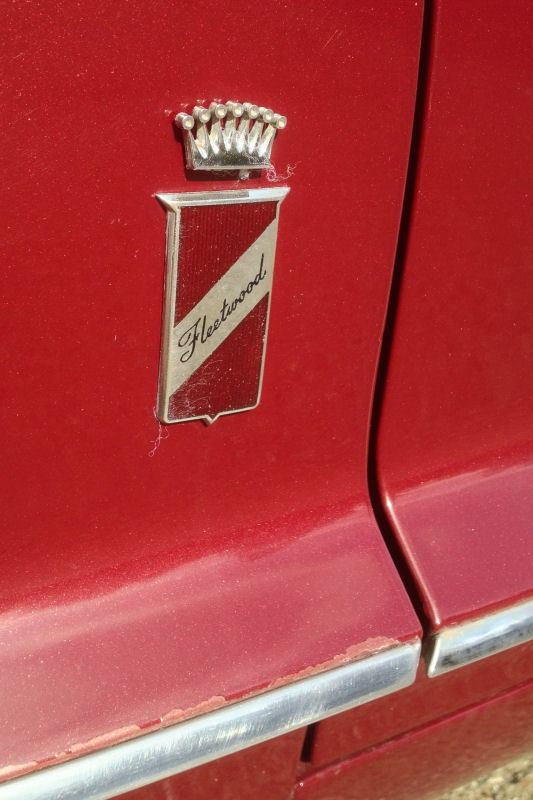 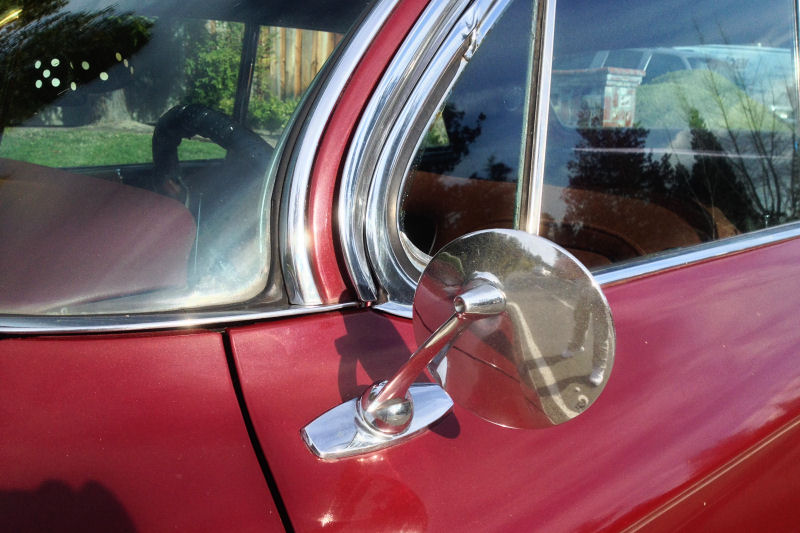 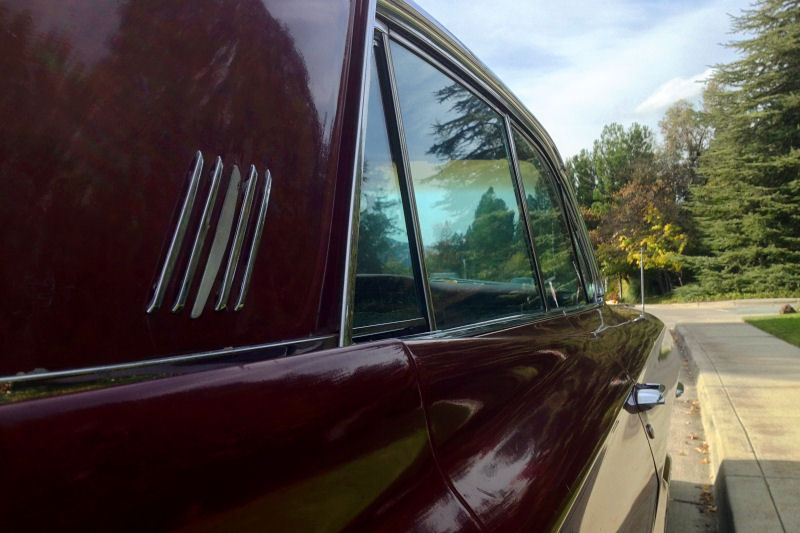 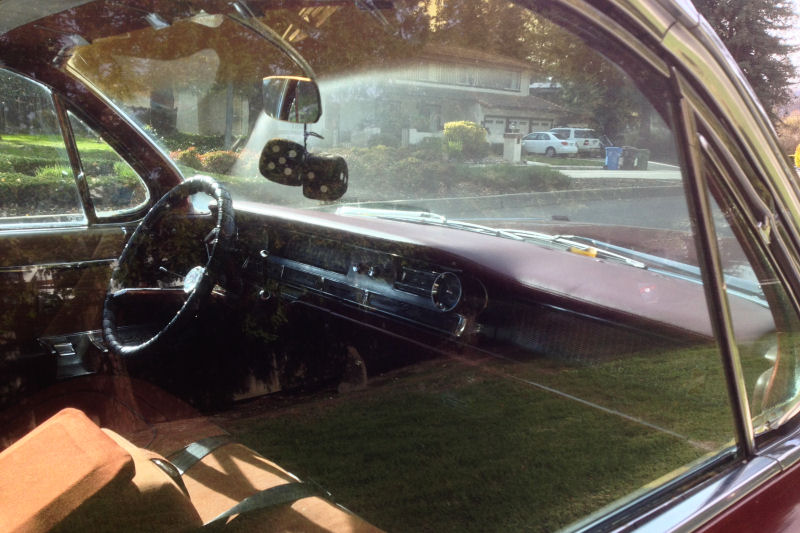 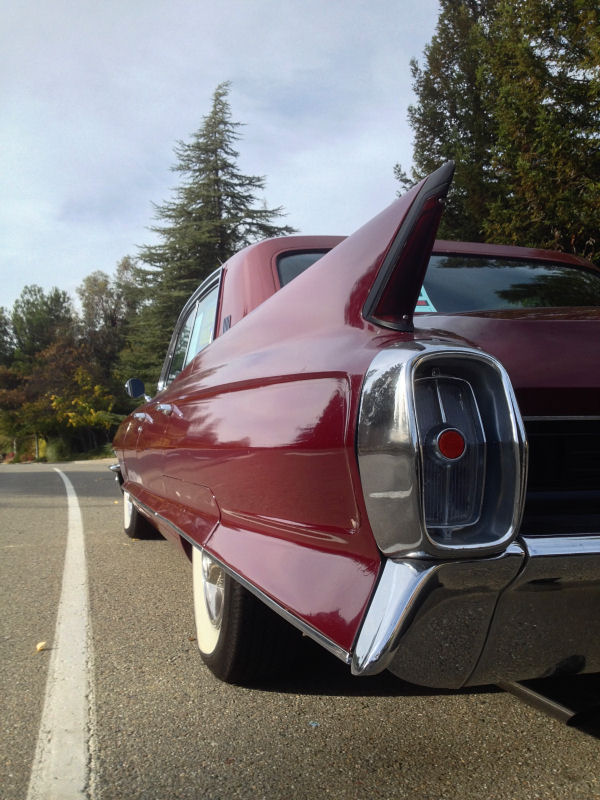 This particular car is basically identical to the vehicle pictured in the brochure to represent the Sixty Special. It is finished in the creatively named Burgundy metallic with an interior that, I assume, is the wool broadcloth option in Fawn or a very faded Burgundy. I regret that I wasn't able to capture the rich appointments of the Fleetwood interior. These cars featured African cherry wood panels in the doors, reading lamps and embroidered arm rests. A car like this cost over $6,000 new ($57,000 today, roughly the same as a base model CT6). That still left room to add such niceties as air conditioning, cruise control and seat belts. The latter of which at least provided mounting anchors on all cars whether the owner wanted them or not. This car has them. Other fancy available options included a power trunk lid lock, power vent windows, power door locks, auto-dimming headlights, tinted glass and a rear window defogger. The fuzzy dice were not standard but might as well be.

I have no way to be sure if the paint on this car is original. It probably isn't. It could use some refreshing but by no means is it a rough car. This is what you call fun for the whole family. I hope it went to a great home.