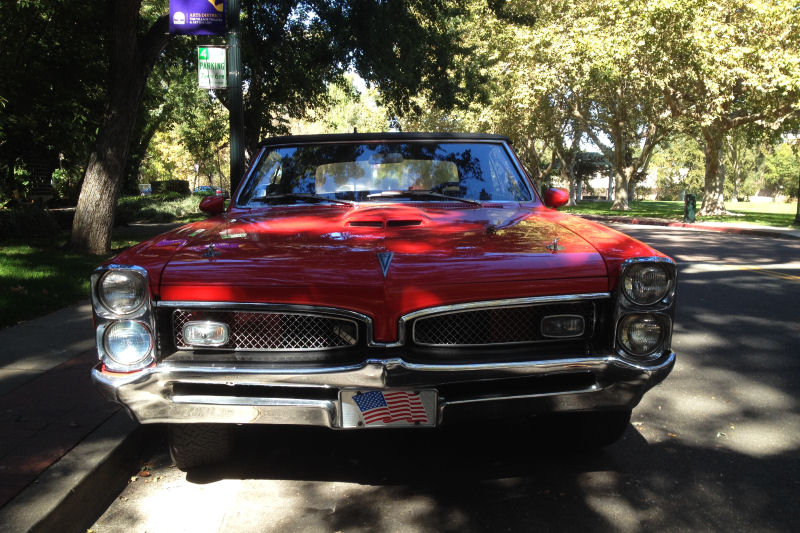 I don't always have access to my DSLR when I find cool vehicles on the street. This was one of those moments when all I had available was a potato iPhone 4. I'm trying to use up some of the older shoots from my archives, so today we have some unfortunately subpar photos of a really cool 1967 Pontiac GTO. 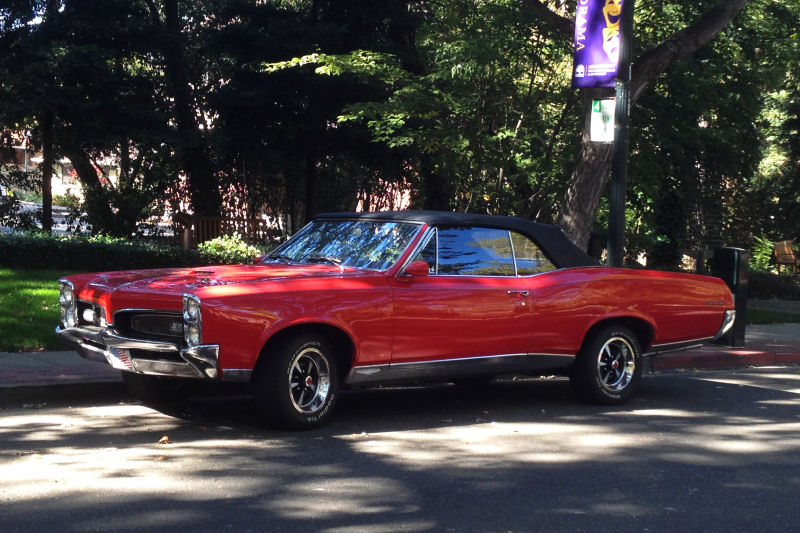 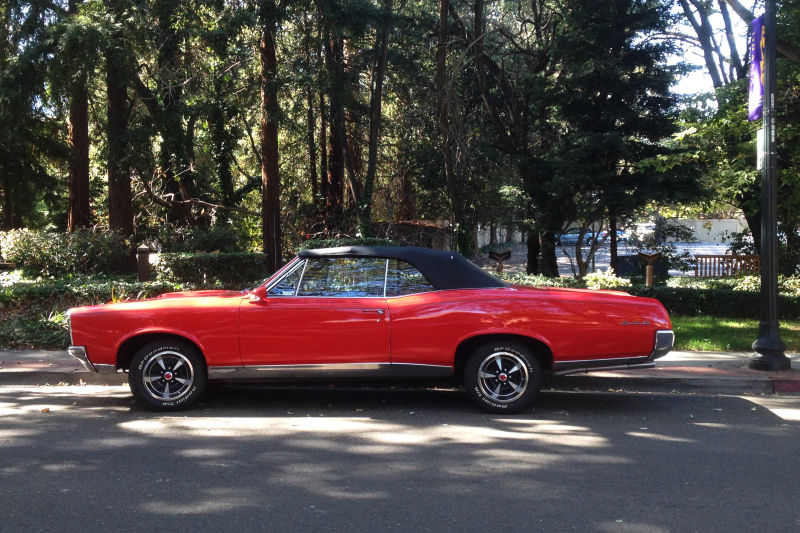 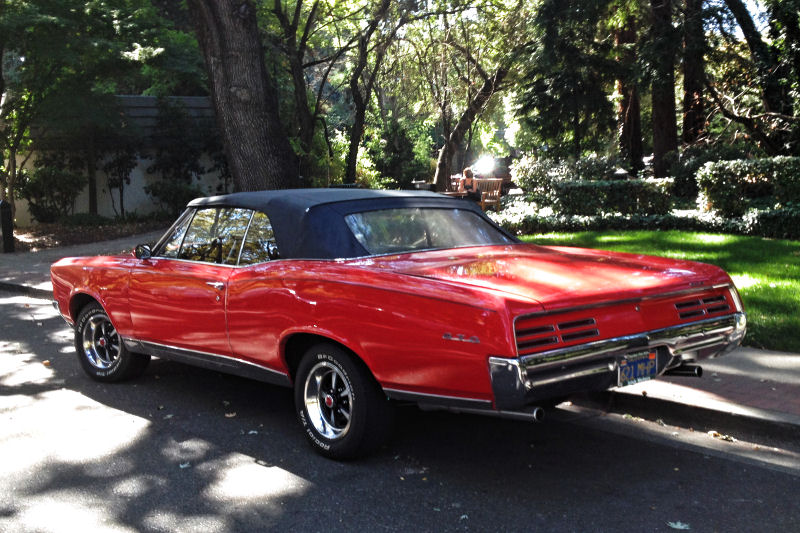 I have always been a big fan of the GTO. And yet somehow this is only the third one here on California Streets. It's one of my favorite years for the model, and the second convertible to make an appearance here. My last GTO feature was in 2014! There are tons of them around my area, they just don't often come out at the same time I do. I encountered this one while on my lunch break at work, which accounts for the hurried nature of the shoot. 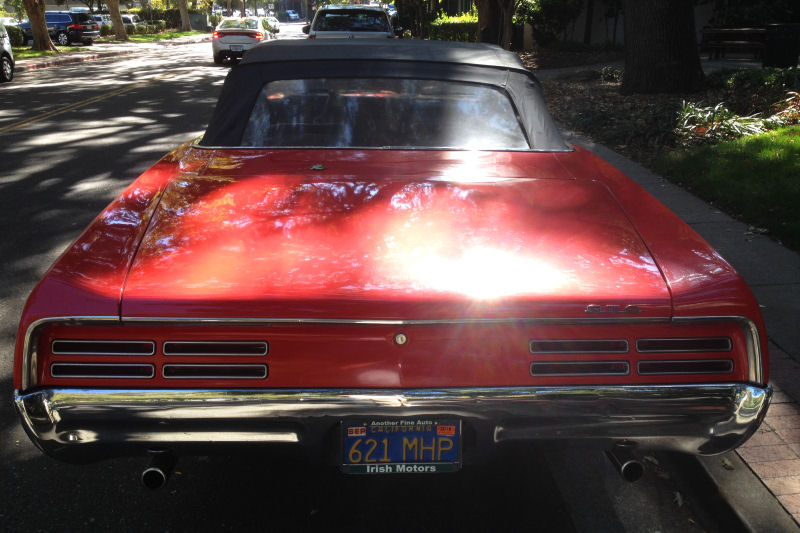 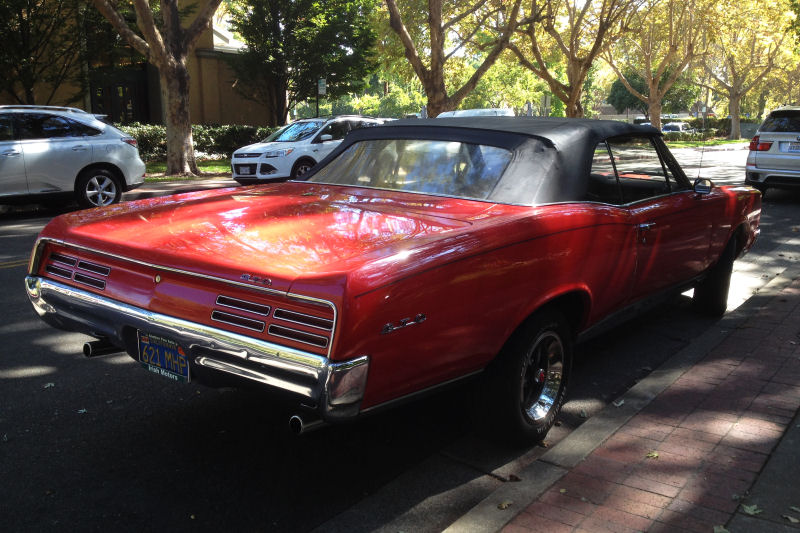 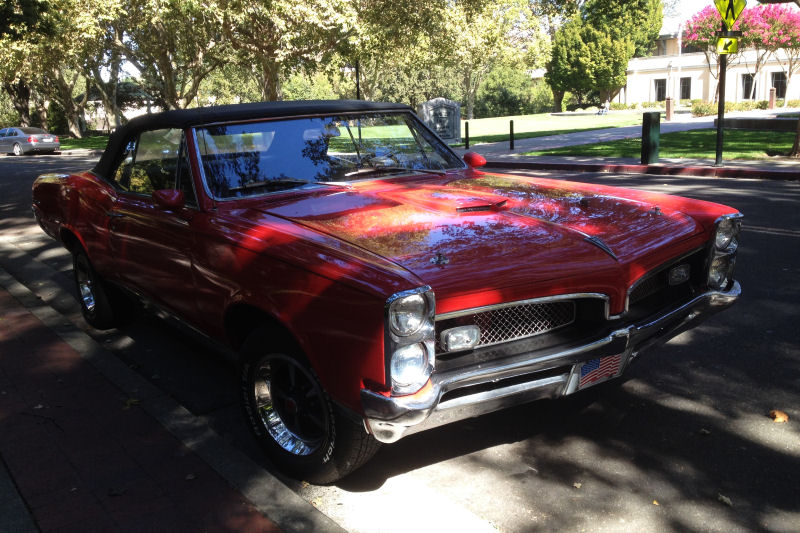 The GTO was the ultimate souped-up version of the Pontiac Tempest, itself an offshoot of the GM midsize A-platform primarily known for the Chevrolet Chevelle variant. The standard models were some of GM's bread and butter offerings for regular people, family cars, fleet cars, economy cars. And then there were the performance cars. When Pontiac dropped a 389 cubic inch V8, floor-shifted manual transmission, dual exhaust and suspension upgrades into the '64 Tempest, the muscle car as we understand it was born.

GTO was an instant hit with the car-buying public. The formula evolved and expanded over its run, improving the car's performance with a bigger engine (now 400 cubic inches for 1967), a wider track, new high-back bucket seats, and a better braking system with front discs introduced in 1967. That year also saw a new automatic transmission option with three speeds instead of the previous two. The swoopy Coke bottle shape introduced for '66 gave the car a real muscular appearance to back up its performance chops. Most GTO buyers opted for a hardtop. The convertible accounted for a mere 9,517 sales out of 81,722 cars sold in the 1967 model year. 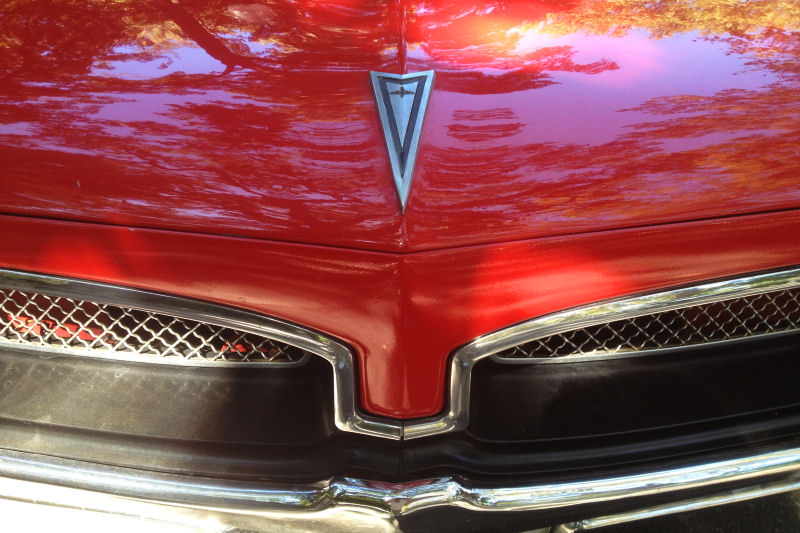 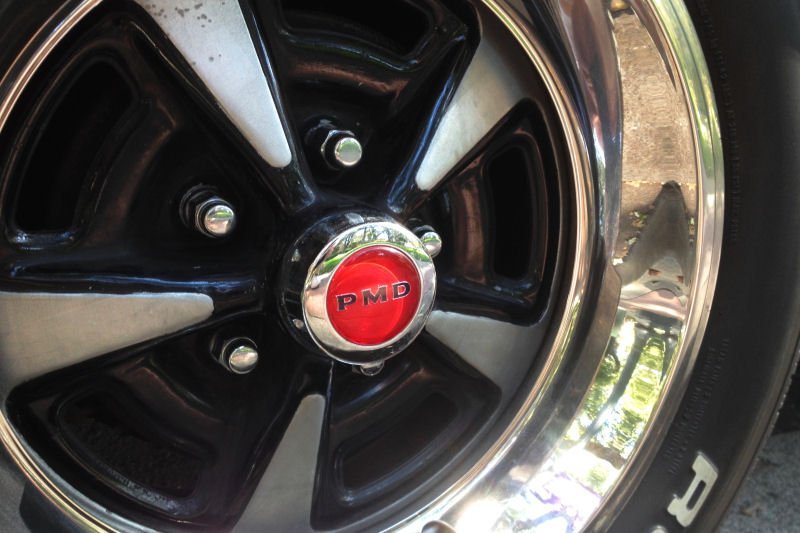 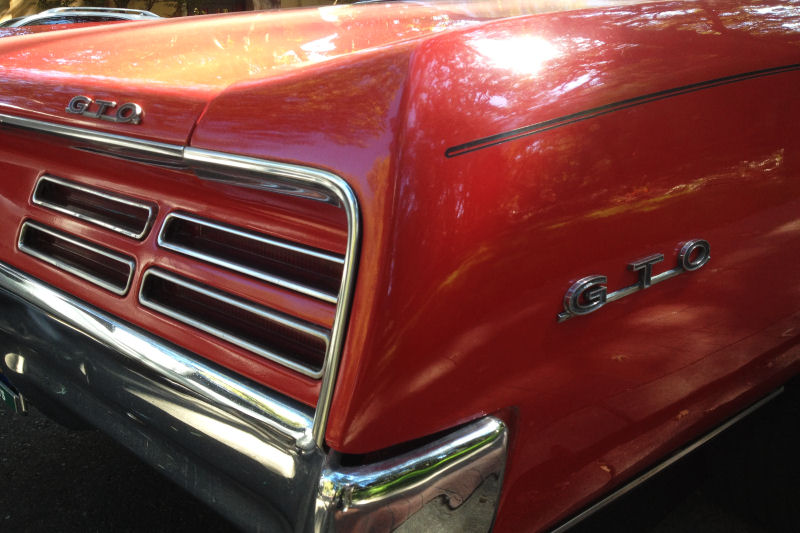 This car is looking flashy in Regimental Red with a black top and matching pinstripe, riding on Pontiac Rally II mags with white-letter BFGoodrich radials. It's a classic muscle car look. Usually I'm not wild about red cars, but it's a great color for a GTO. I just wish my pictures had come out better.