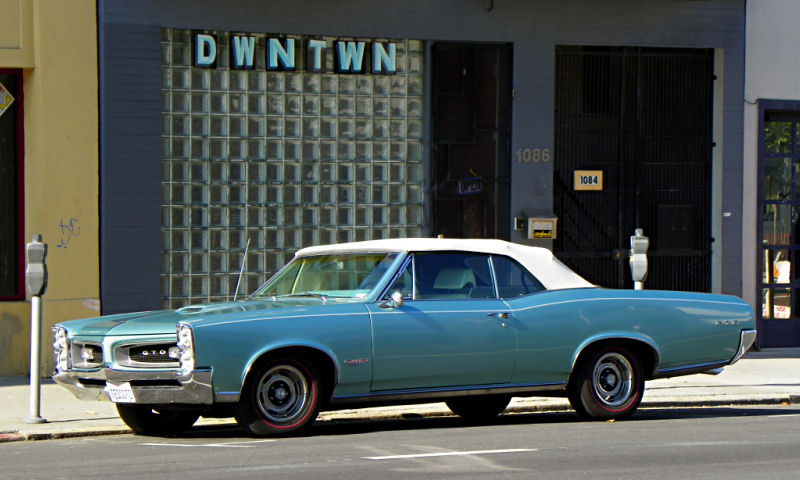 Oh hell yes.
Now this one I like. It's a 1966 Pontiac GTO convertible in Reef Turquoise. Hailing from the first year of the GTO as its own model instead of a trim level in the Tempest line, this "Goat" is a prime example of the "Coke-bottle" shape that was becoming popular in the industry - a muscular shape that strayed from the car's boxy roots and gave it some flair. It is one of 12,798 convertibles built that year and would have sold for about $3100 new. Selling a convertible for only $250 more than a coupe is unheard of today, but back in the '60s a dollar had a whole lot more buying power. Those days are long gone. But then again, the GTO (and indeed, the entire Pontiac brand) is likely gone forever as well. 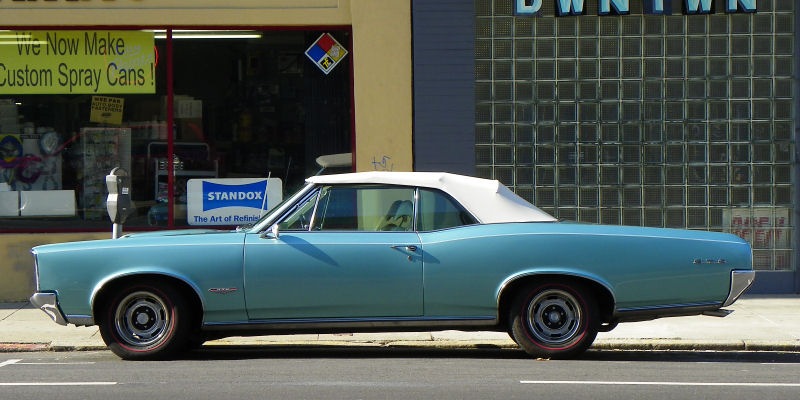 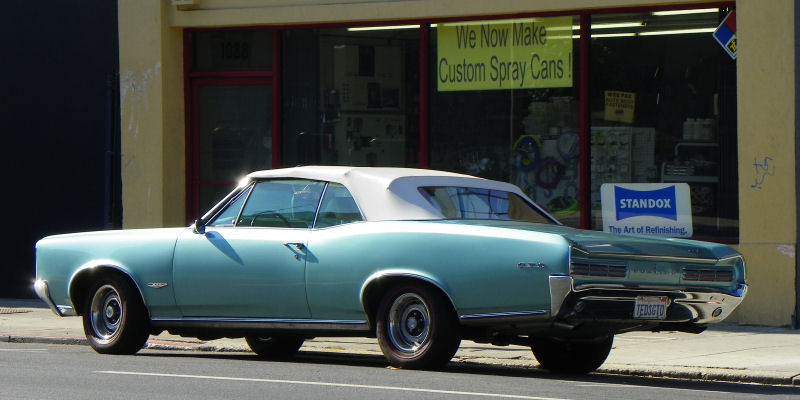 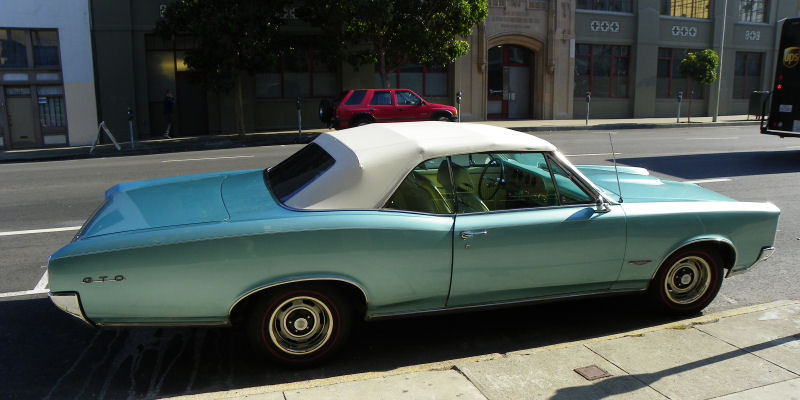 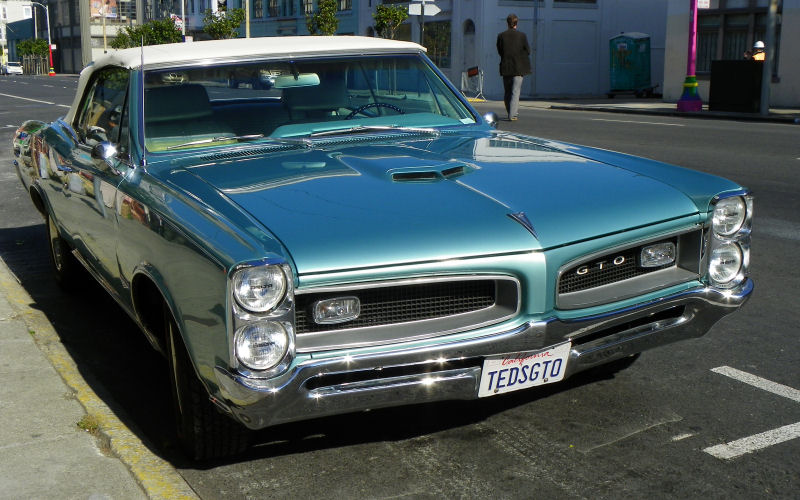 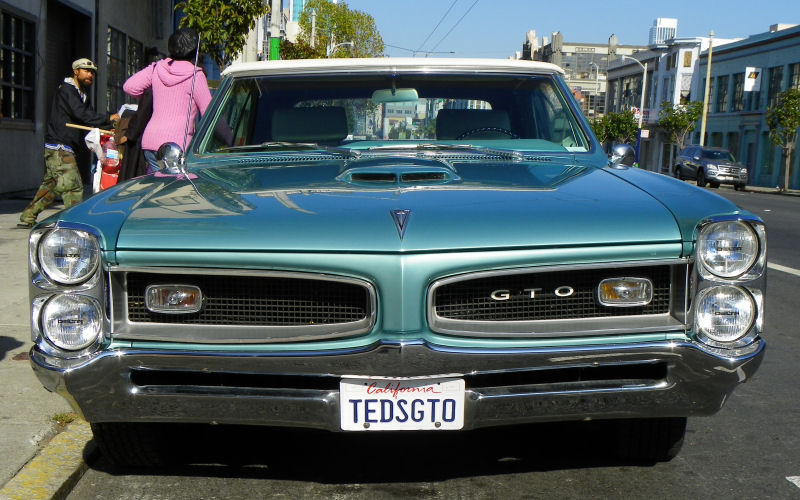 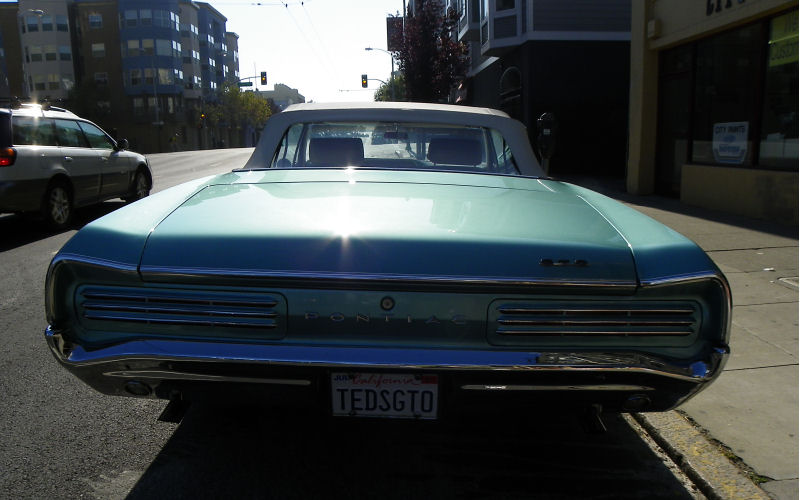 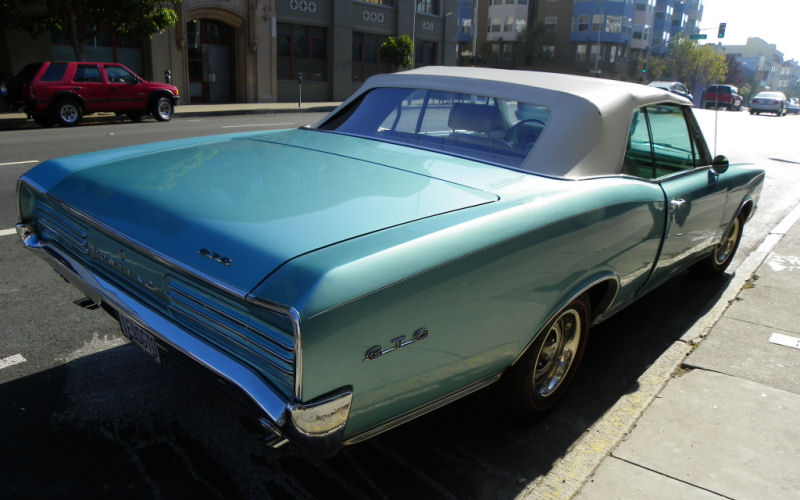 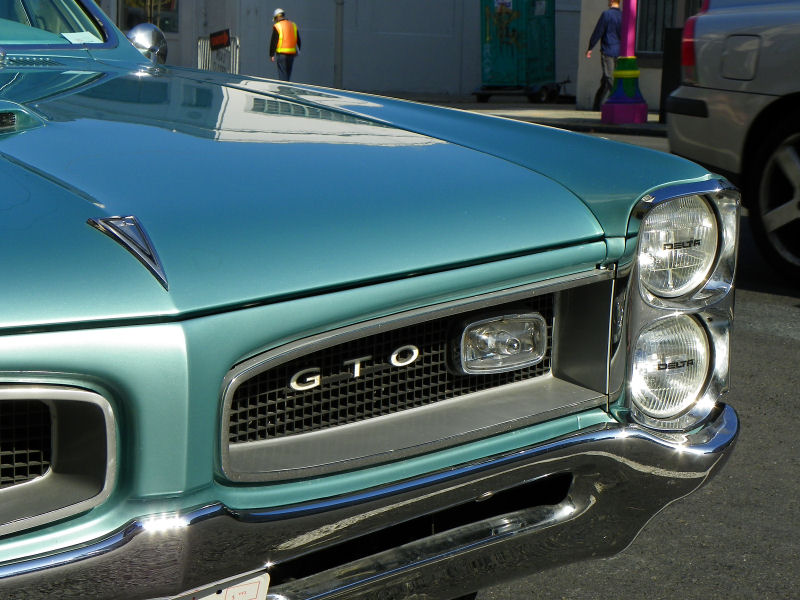 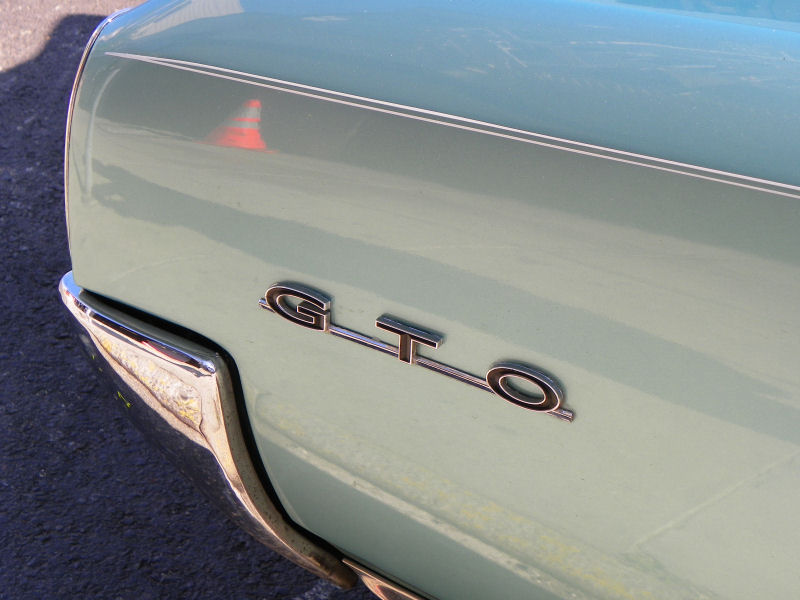 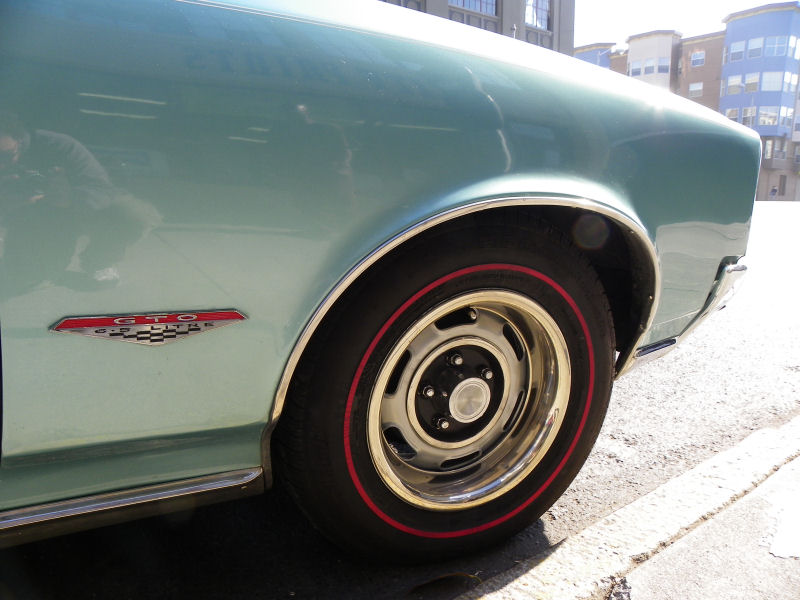 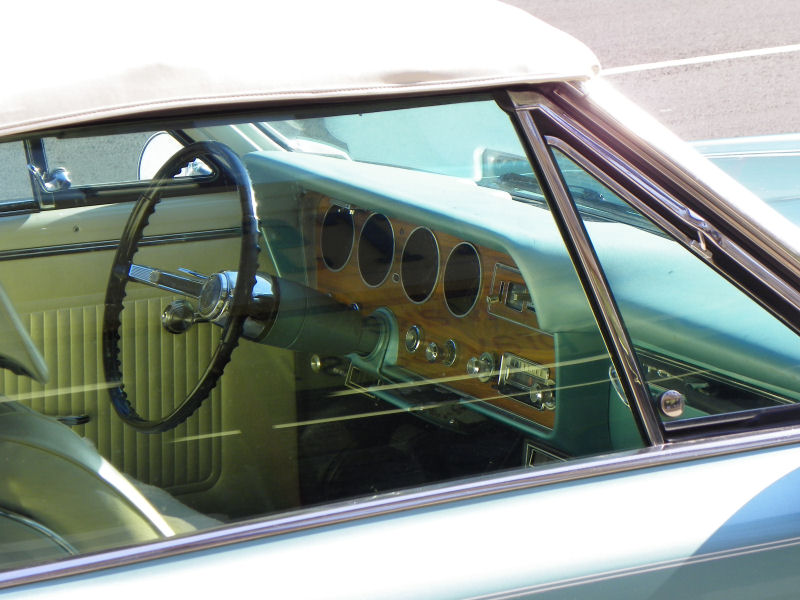 This example is one of the cleanest muscle cars I've seen doing everyday driver duty in San Francisco. Most older urban cars are a little beat up, with bent bumpers, dents and scratches from indiscriminate parking, and in SF they usually have some rust in the rockers or wherever the paint's chipped off. This car is mint, likely the recipient of a fine restoration. I love unrestored "survivors", but I also love a beautifully restored car that still gets driven - and not just onto the auction block. If I were to make any changes to it, I'd fit the passenger door a little better - and take the "Delta" brand lettering off the headlights. They appear to be new, more powerful halogen lights to replace the old sealed-beam lamps - a smart swap for someone driving a fast car with slow brakes. Sadly I don't know whether the 389 V8 in this car is equipped with the Tri-Power triple carburetor package, nor do I know which transmission it has. Given that no column shifter is visible, it must be a 3- or 4-speed manual on the floor. The owner got in and left shortly after I crossed the street to take pictures of the driver's side, so I didn't get the chance to talk to him about it.
At any rate, it's good to see Ted taking care of his GTO.
Posted by Jay Wollenweber at 10:44 PM