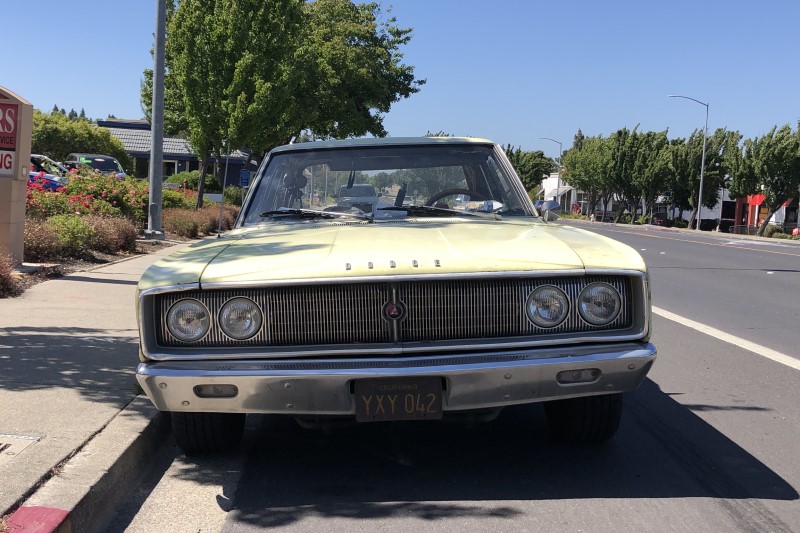 When I was a kid I picked up a Johnny Lightning diecast of a blue 1967 Plymouth GTX. I loved that toy car. Since then I have been a fan of 1967 Mopar coupes and convertibles, particularly the Plymouth Belvedere, Satellite and GTX. The B-platform was shared with the Dodge Coronet and Charger, the latter of which I also had as a Hot Wheels toy. Coronet was one of Chrysler Corporation's most popular models for 1967, yet was never on my radar that much growing up. 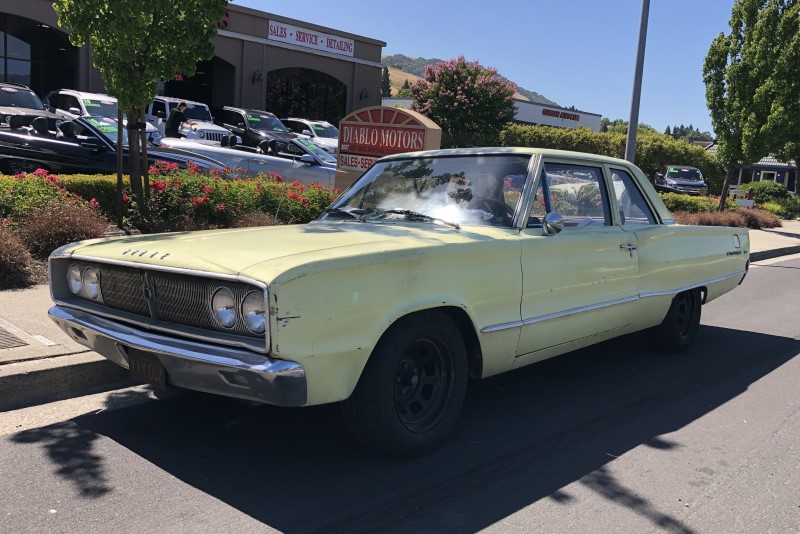 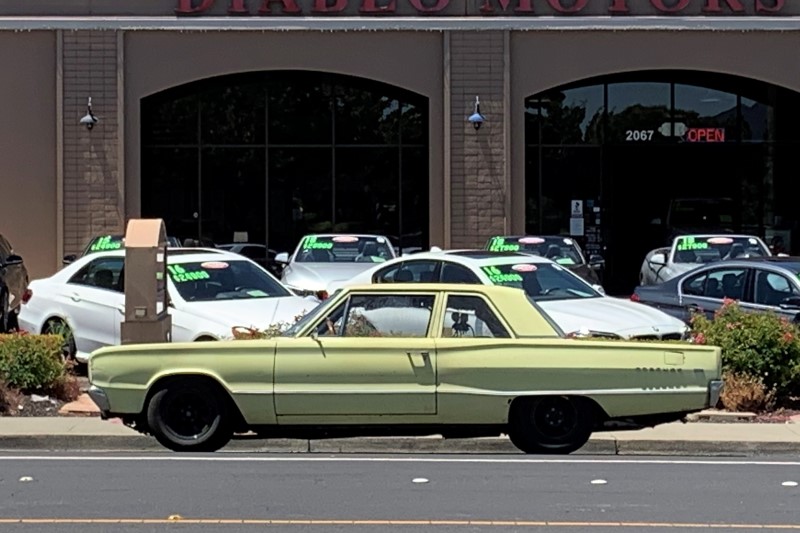 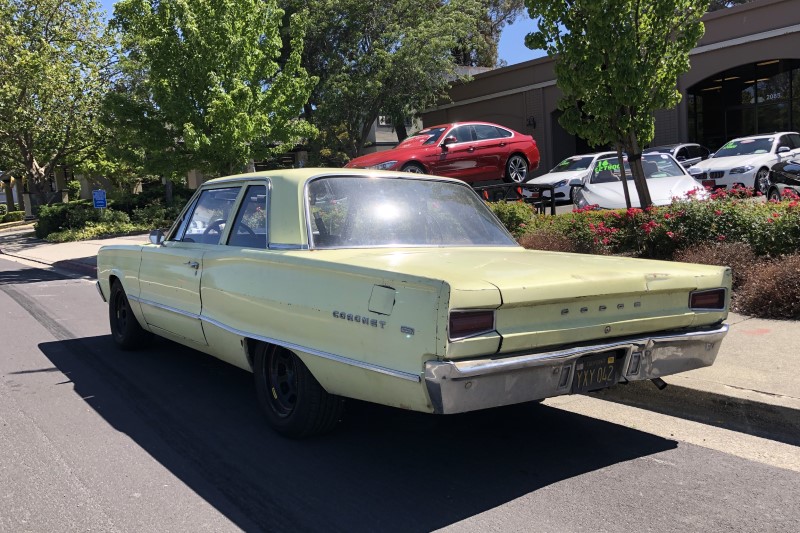 The Coronet Deluxe appears to have been the base model that year. I am most familiar with the two-door hardtop body style since they seem to be the only examples that get preserved. It's rare to encounter a two-door pillared sedan, only offered on the Deluxe line. OldRide.com lists approximately 27,800 Coronet Deluxe models produced, a little more than half of which were slant-six cars and the rest V8s. I don't have any more detailed production breakdown for this car. 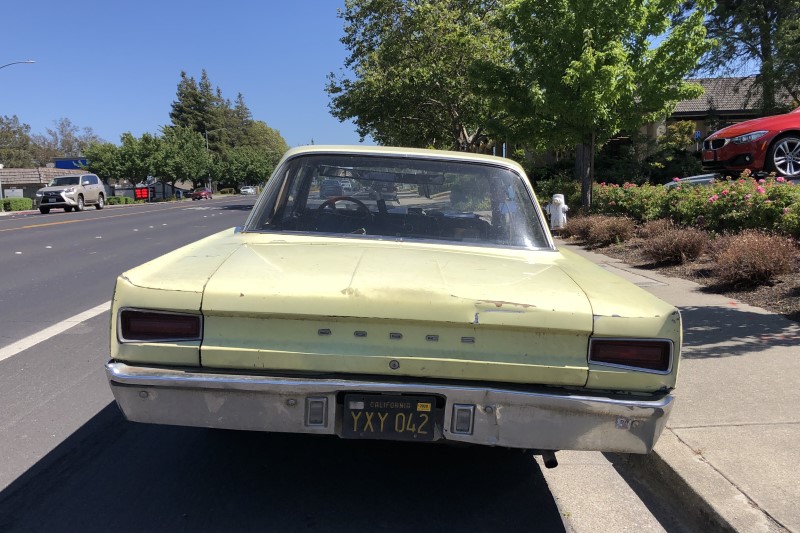 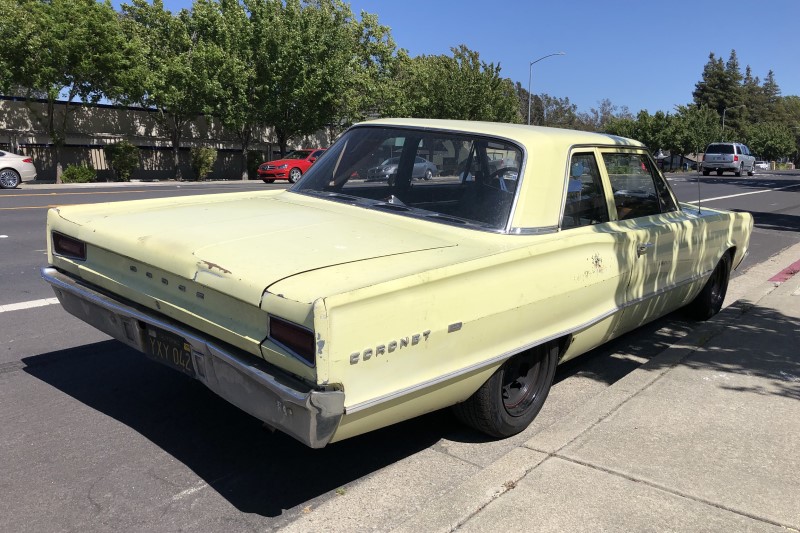 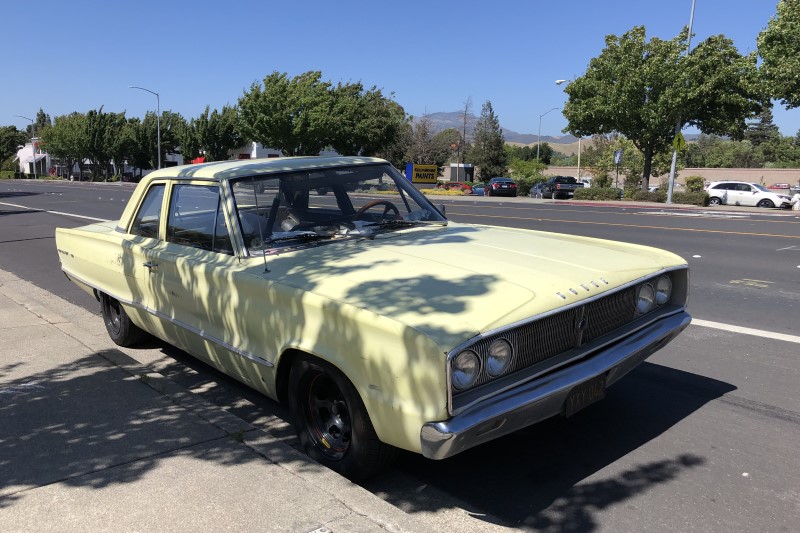 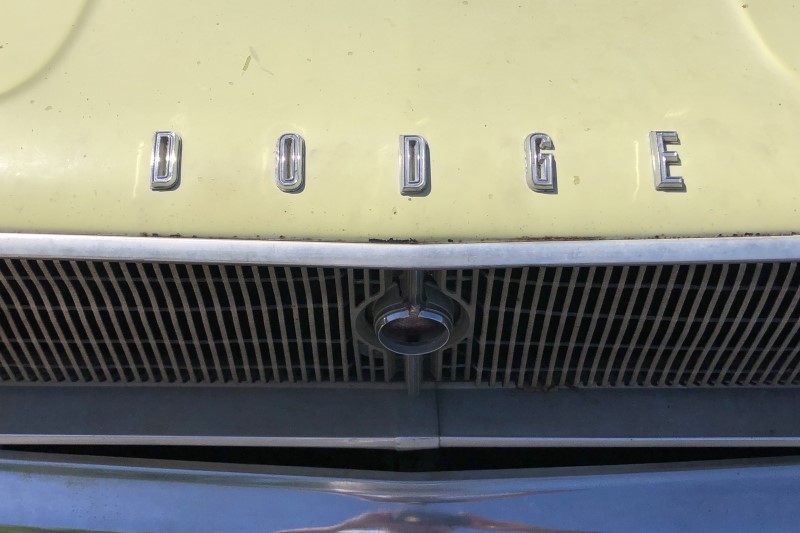 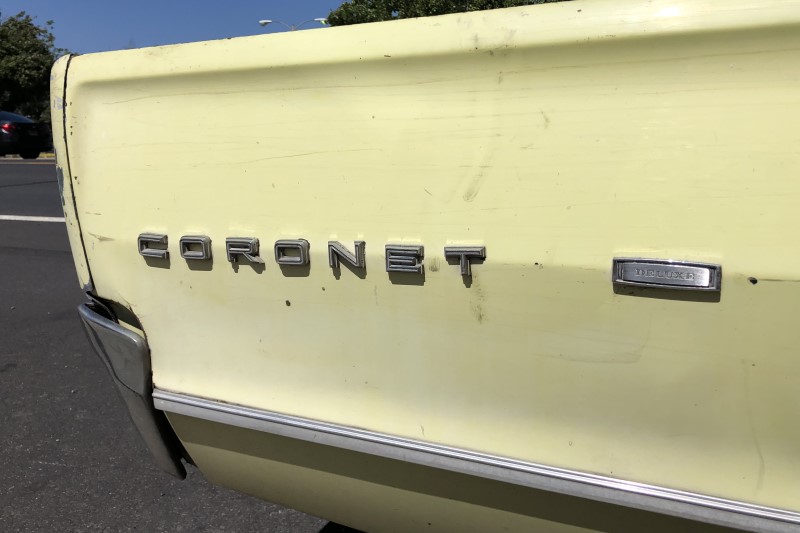 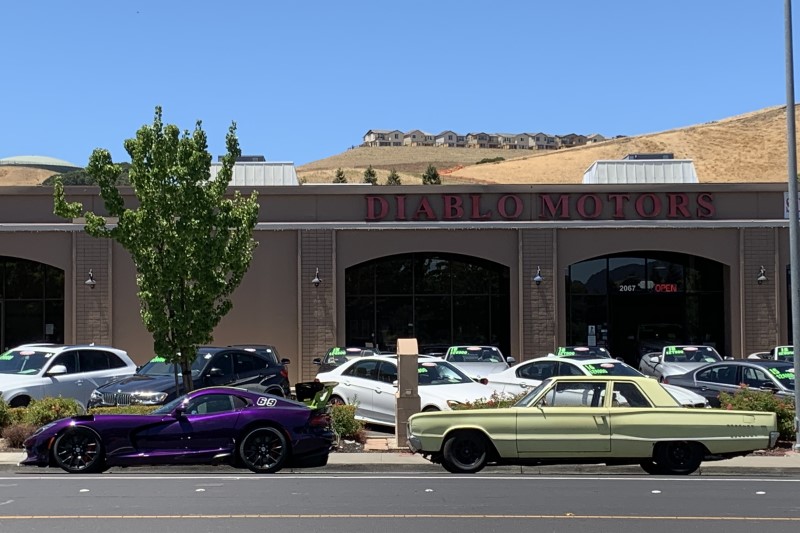 I've seen this car on a few occasions outside a local used car showroom. It looks like it might be either a low-budget build or a project in progress. It's finished in what I presume to be the original R-code Yellow with original black plates. I don't know what powers it. Wheels appear to be Bassett D-Hole lightweight racing wheels. I've seen similar designs from the Cragar 342 D Window, American Racing AR767 or Pacer 342B Daytona. They're an unconventional but interesting choice to toughen up the look of a 1960s economy car.