Car spotting is very much about luck. You can do all the planning and research you want, but ultimately a car is a mobile object and they tend to go places that aren't always the same place you go on the day you go there with your camera. I used to see a big old vehicle under a car cover sometimes while doing my delivery route. One day the cover was off. After work I stopped by and there it was, a 1966 Chrysler Newport convertible. 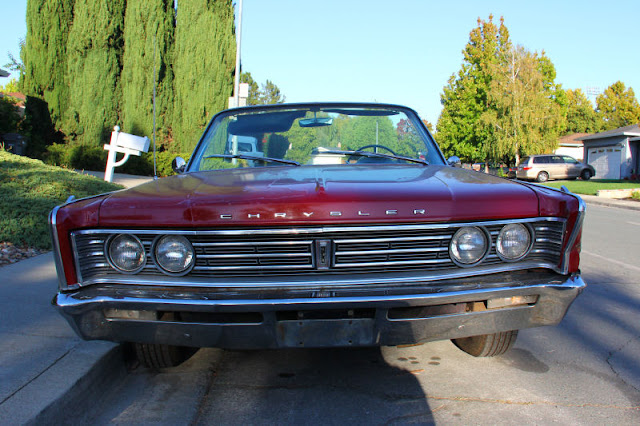 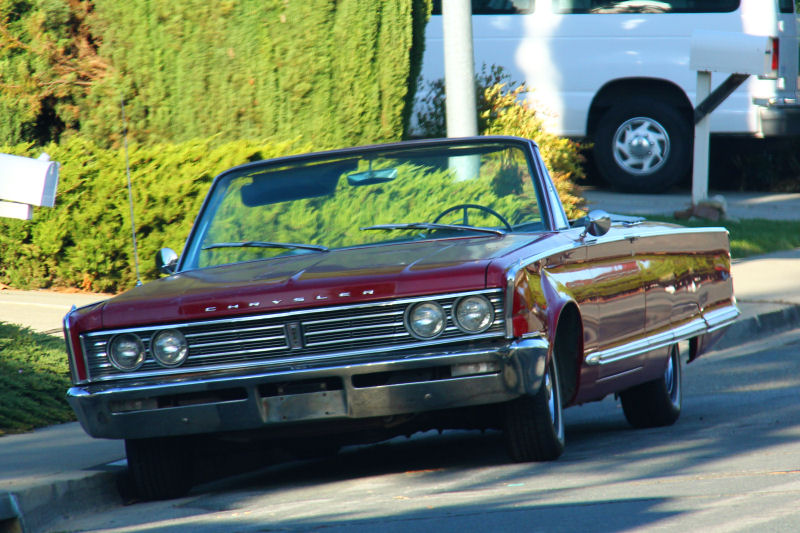 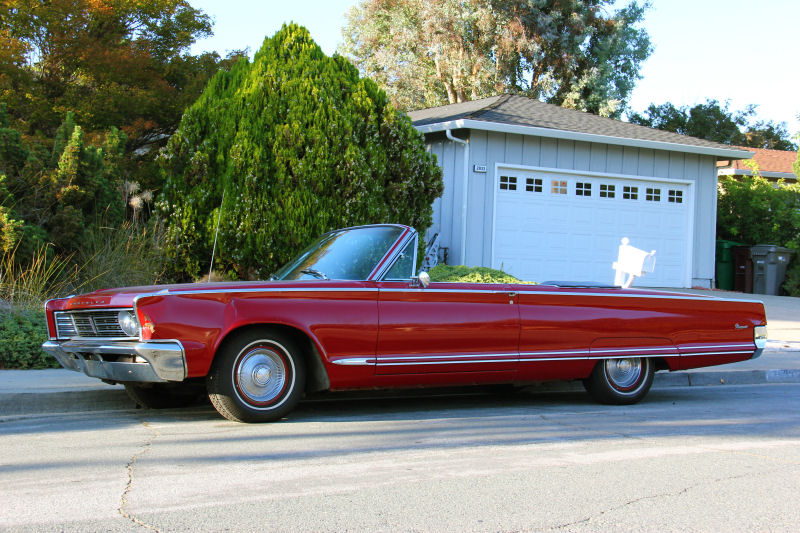 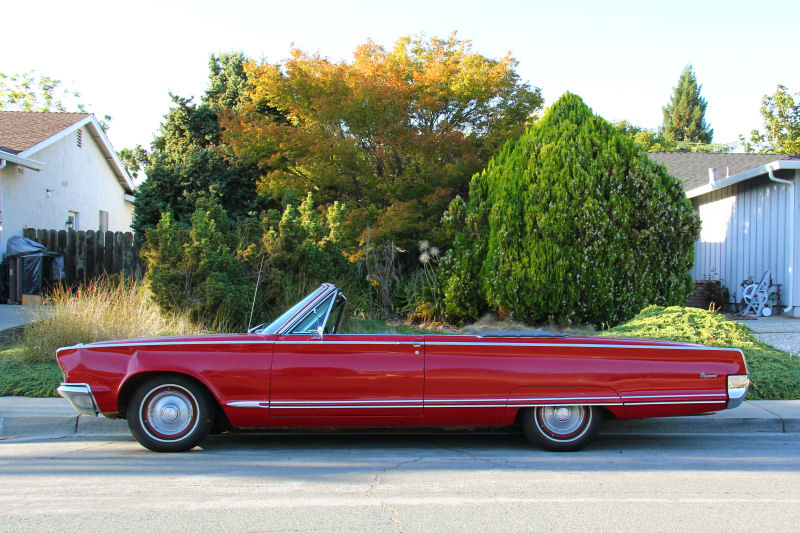 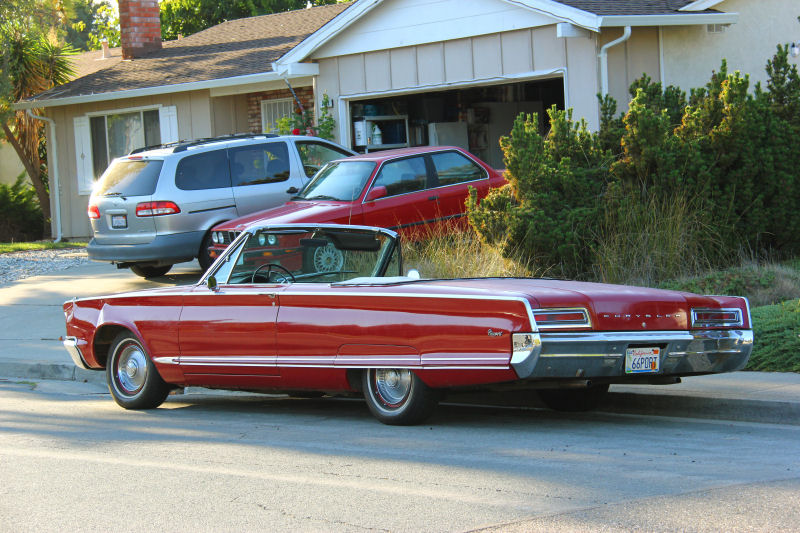 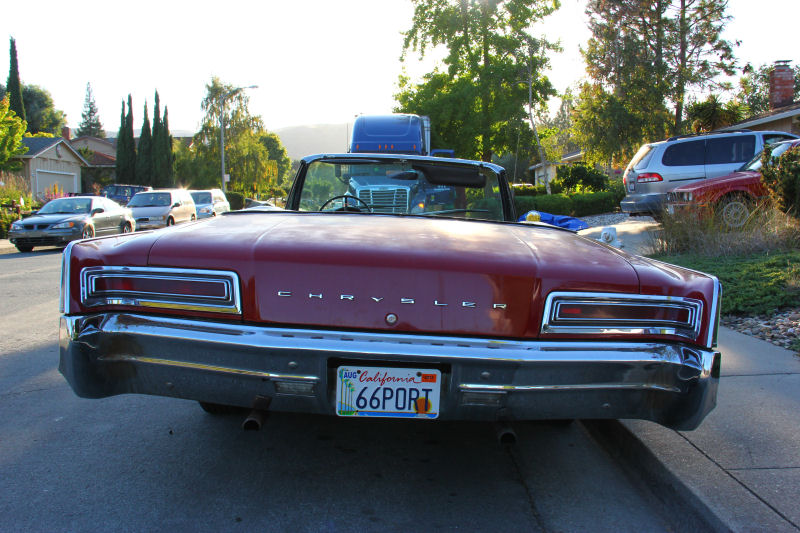 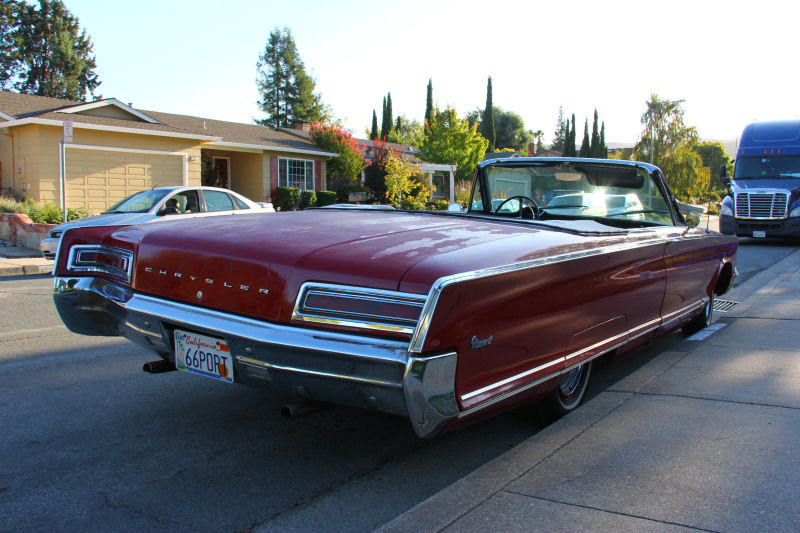 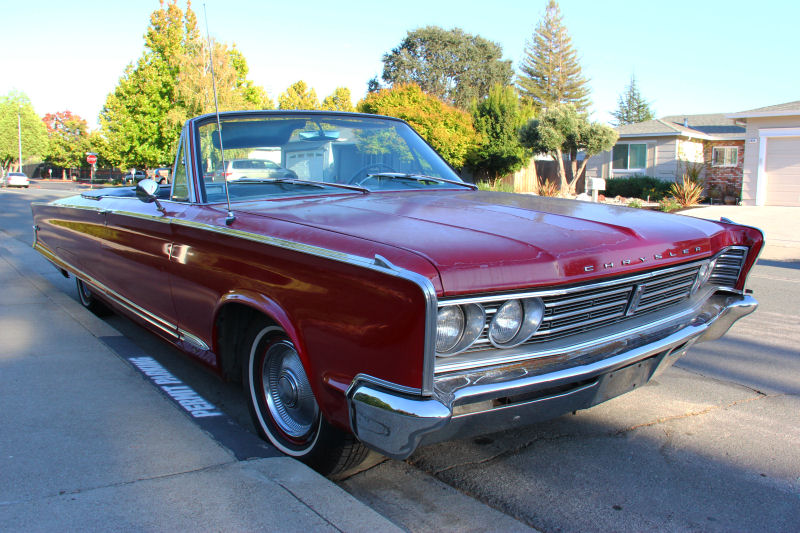 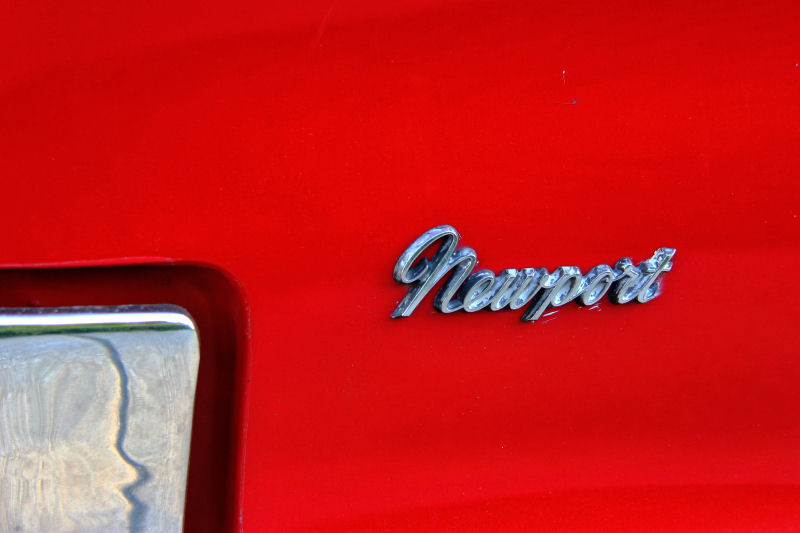 The Newport was the lowest-priced model in the Chrysler lineup, but that didn't make it small or wimpy. All Chryslers were full-sized with V8 engines, and available in a full range of body styles. I've previously featured a Newport 4-door sedan and a 300 hardtop coupe. The convertibles, however, are not as common these days. This one is a well-used example with California clear-coat paint bake on top and an unfortunate hit to the very end of the left front fender that has effectively ruined the entire panel. The condition of the chrome bumpers make it appear to have been left outdoors under its fabric cover in all weather, trapping moisture on top of the bumpers and encouraging rust. I could be wrong though. These are really cleanly styled big cars for the era and I think mid-to-late 1960s Chrysler products represent some of the finest American automotive styling. Not all, but many of them just work. I must confess that the face of the '66 Newport isn't my favorite. A '66 300 front end on the more simply detailed Newport body would probably be my choice, but that's just me. Given the purist that I am, I'd probably leave it as-is.
Posted by Jay Wollenweber at 12:00 AM