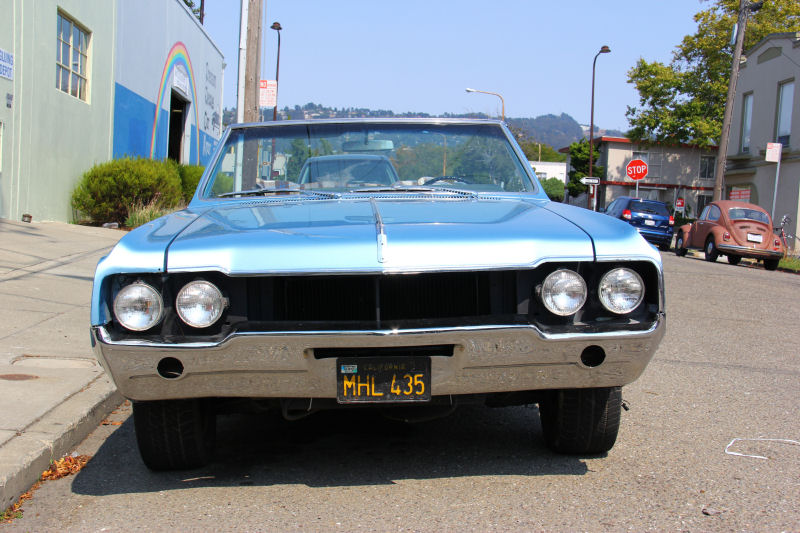 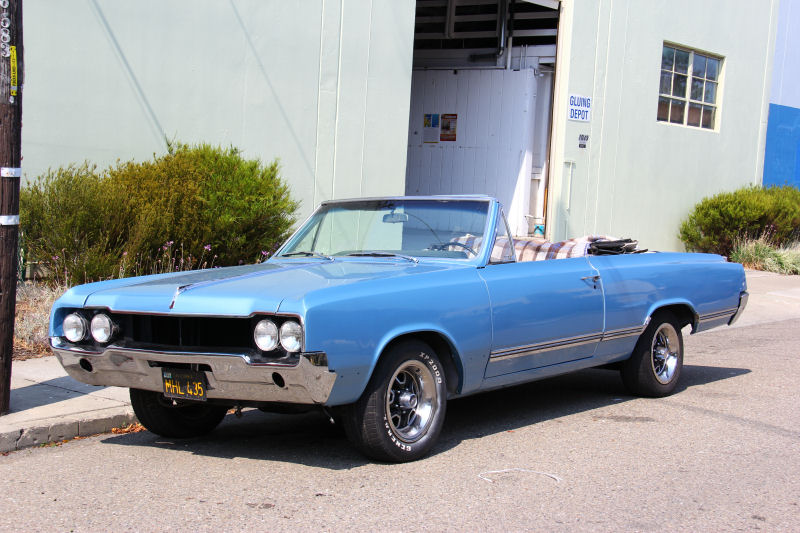 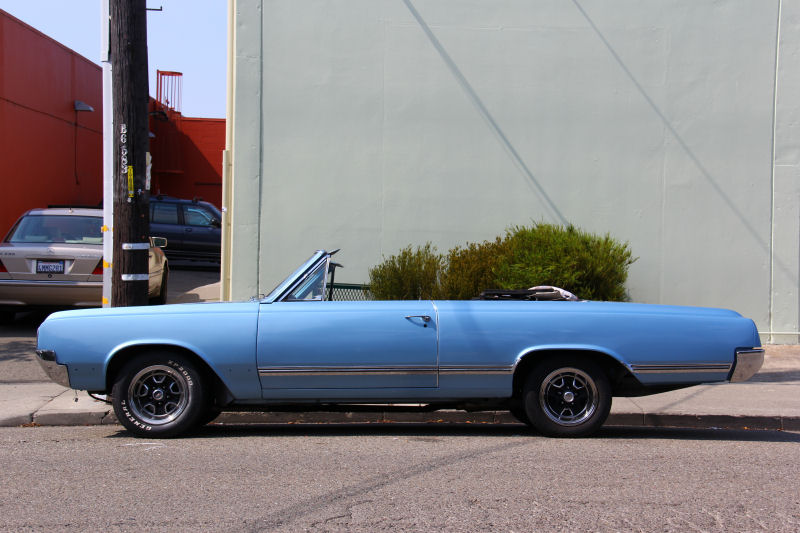 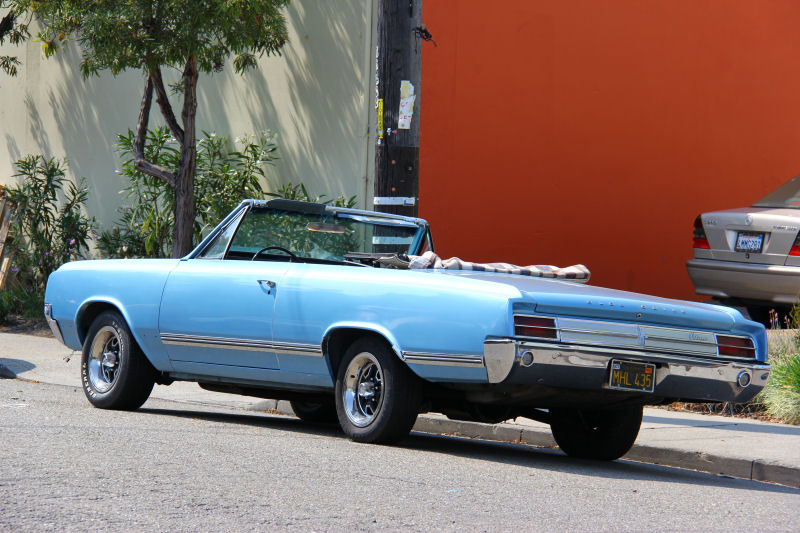 This is a 1965 Oldsmobile Cutlass convertible. It's not especially rare or unusual. It's uncommon enough to be interesting, and it's a nice color. The most notable thing about the '65 Cutlass is that it was the first year for the Oldsmobile vertical rocket logo that would be used on all Olds cars through the 1990s. A rocket had appeared on some Oldsmobiles since the late 1940s, but it was more of a motif associated with the Eighty-Eight and its Rocket V8 engine than a corporate logo. The '65 F-85 and Cutlass lines were offered with three engine options: the 225 cubic inch straight six, 330 ci Jetfire Rocket V8, and the 400 ci V8 reserved for the high-performance 442 sports model. A full model range was offered including a 2-door 'club coupe', 2-door sports coupe, 4-door sedan, station wagon, Vista Cruiser wagon and the convertible shown here. Convertible Cutlasses (not including 442 convertibles) accounted for 12,628 cars that year. Total F-85/Cutlass/442/Vista Cruiser production for 1965 was 236,985 cars. 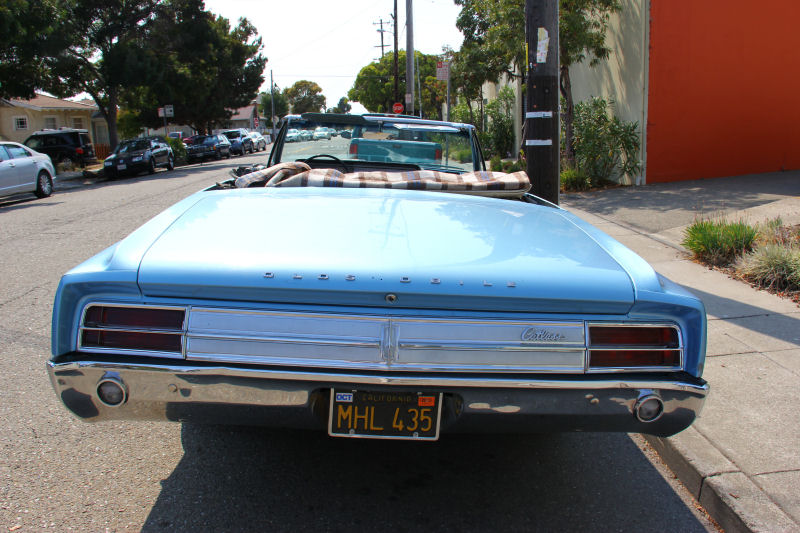 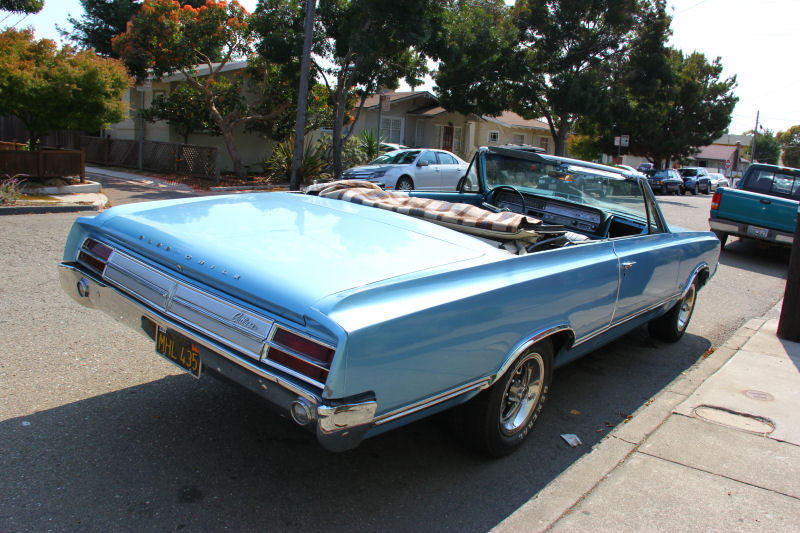 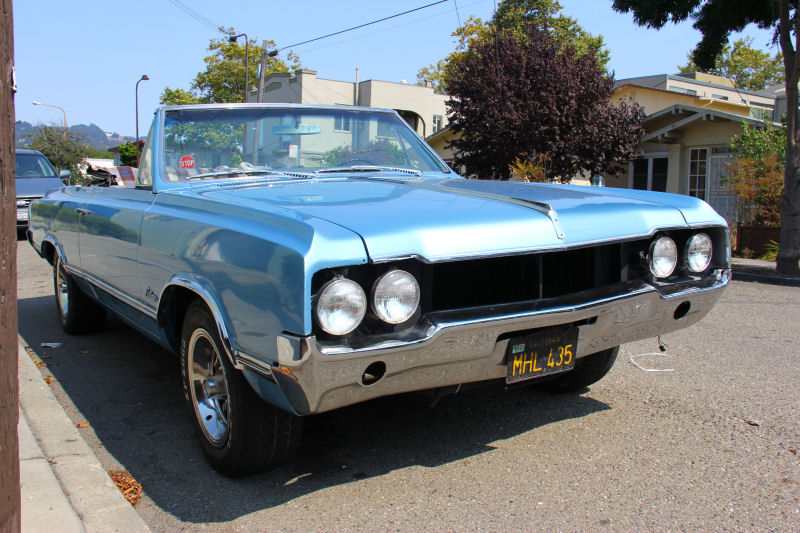 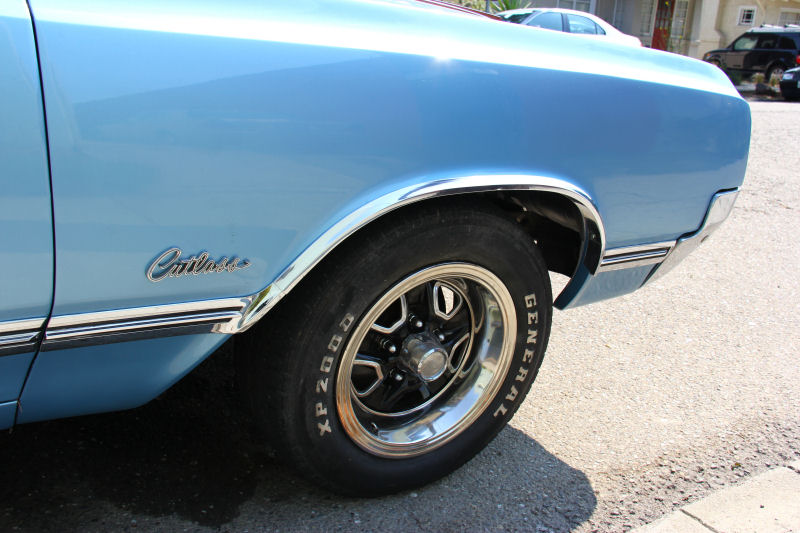 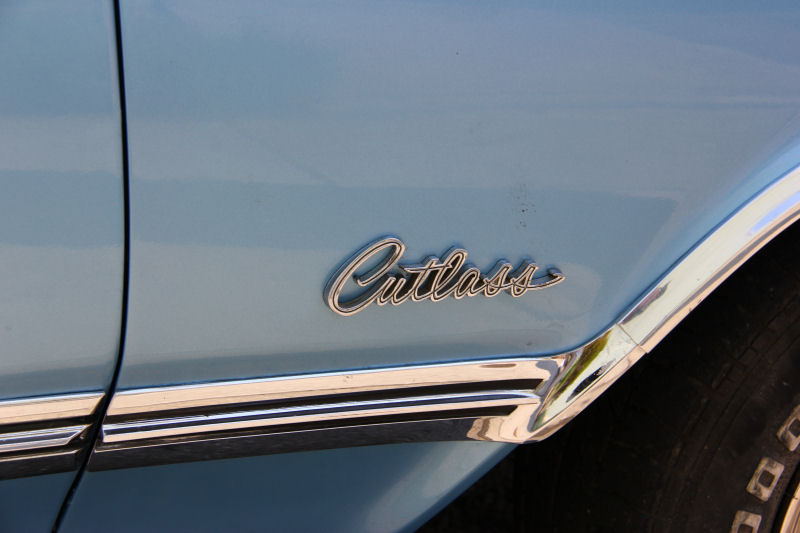 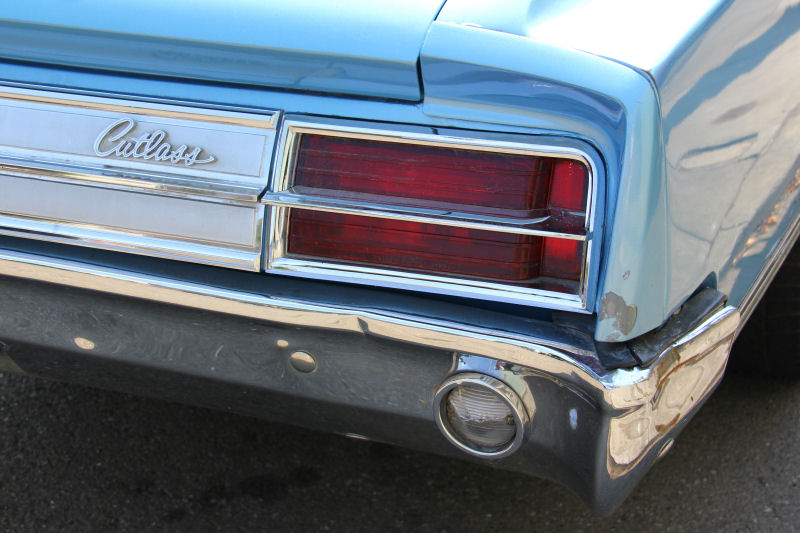 When I first spotted this car I expected that it was in for paint, since the grille was out of it and a lot of trim was missing. That may still have been the case, as the paint was not as fresh as it appeared from across the street and the white convertible top was hidden under a blanket as if in shame. The color, if it's original, looks closest to Lucerne Mist Poly. It appears a slightly lighter shade of blue than that, but I could be mistaken. The '65 Cutlass is a neatly designed car and looks good as a convertible, and while it's not as fast or exclusive as its 442 muscle car sibling, I think it's more cleanly styled and attractive. It would have been nice to see this car with all its parts in place.

Thanks to Ultra-High Compression for useful color and production data.
Posted by Jay Wollenweber at 12:00 AM