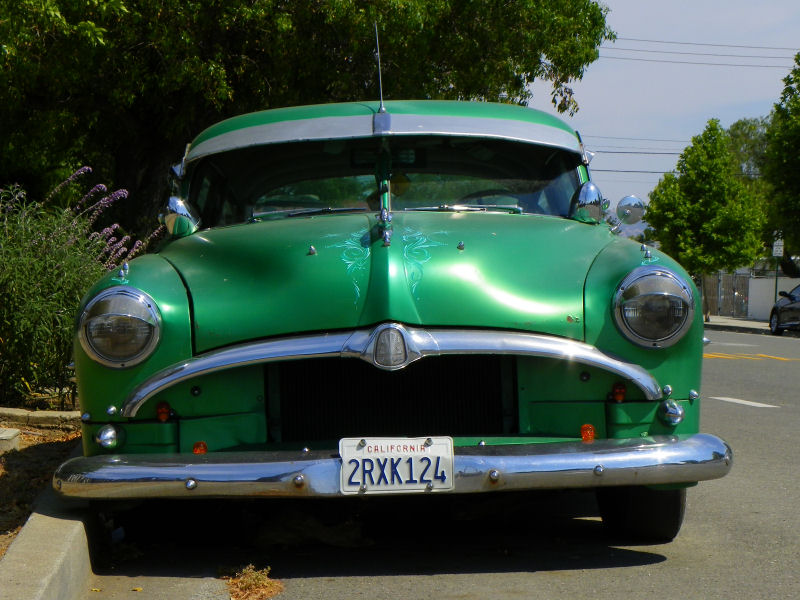 On the topic of 1950s Hudsons that have been customized, we look at this 1953 sedan. On my 1950 Commodore and 1952 Wasp features I touched on the various details that identify the various models that shared the same body. It's hard to tell sometimes on a customized car because things get removed or changed, and the 1951-1953 Hudsons did not evolve very much. The 1953 model is identifiable by its hood ornament shaped like an air intake, and a new grille with no triangle. The 1953 also had optional reverse lights above the taillamps. The Commodore was still being offered in 1953 with the long-wheelbase Hornet body, but it was merely a leftover '52 with a new grille. This car has had most of its trim removed and the mounting holes filled with chrome spiky things, but the mounts for the Hornet-specific pieces are visible. The 1953 Commodore did not have the faux-air intake, and the Wasp was a short-wheelbase model. The wheelbase difference on these cars is most evident in the distance between the front wheel and the door. 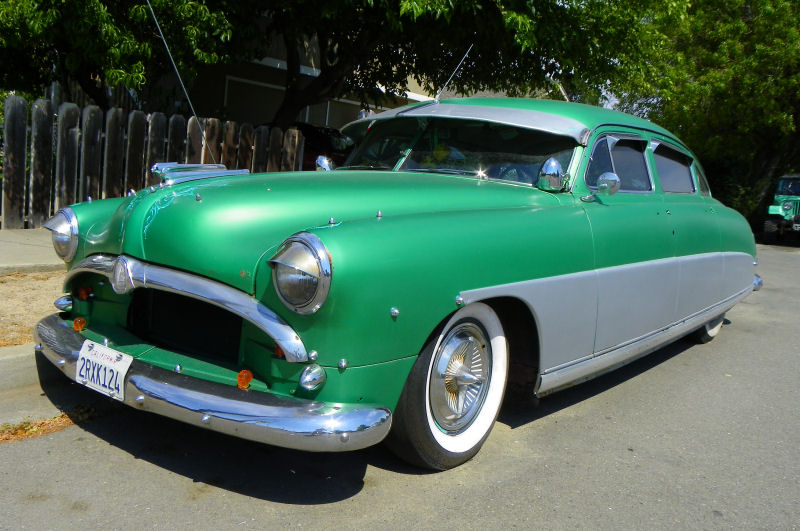 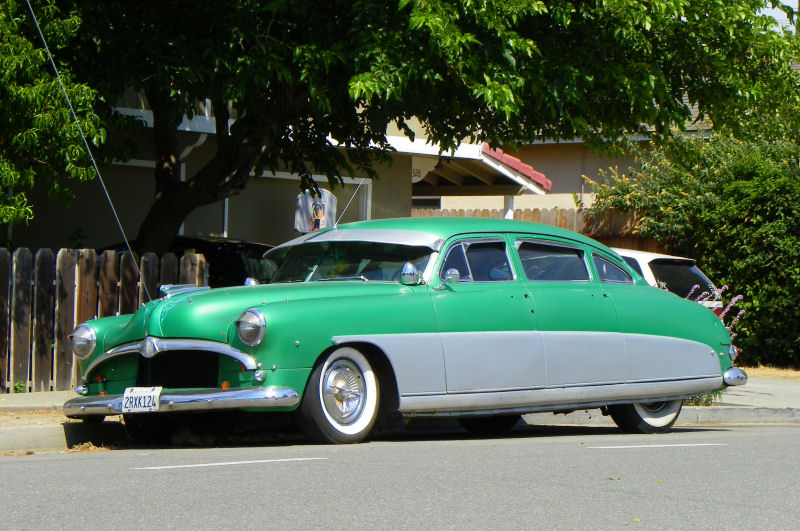 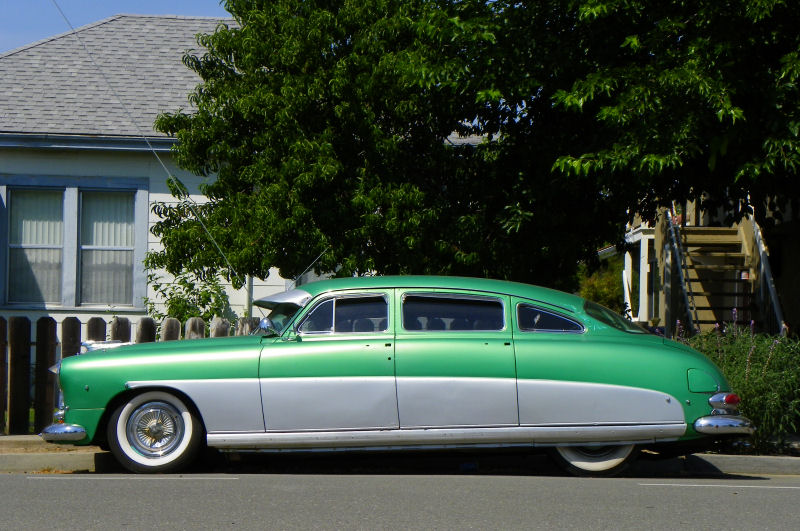 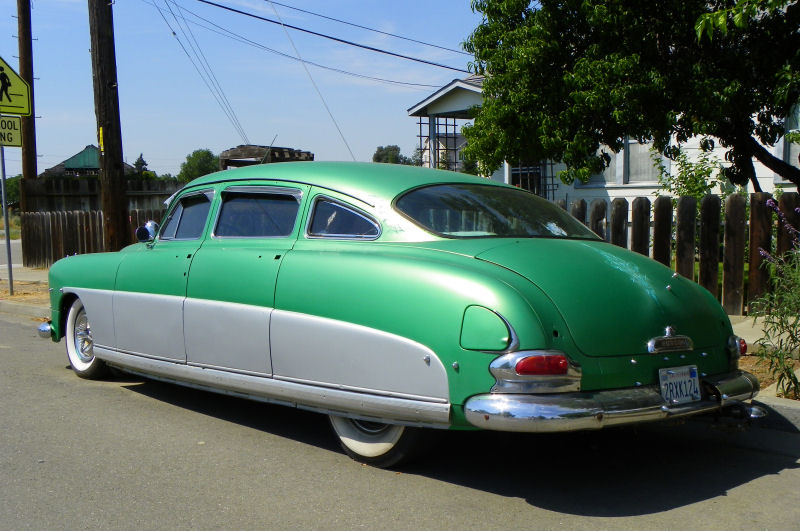 I have to admit, I'm not sure what look the builder is going for with this car. The green and silver paint I can live with, and the pinstriping, too. But the custom work is oddly non-committal. The grille, reverse lights, fender top trim, side trim, original hood ornament, even the chrome piece between the taillights are all gone. I guess with a custom car you either leave the body stock or you don't. Leaving holes all over or stuffing them with big shiny things that stick out looks tacky. Normally I'm a purist about this kind of thing. I'd rather see all the body trim in place, but it could also look decent with the holes filled and smooth. As it sits, the front end with its headlight "eyelids" and gaping grille hole looks like the car just woke up with a hangover after a night out drinking. 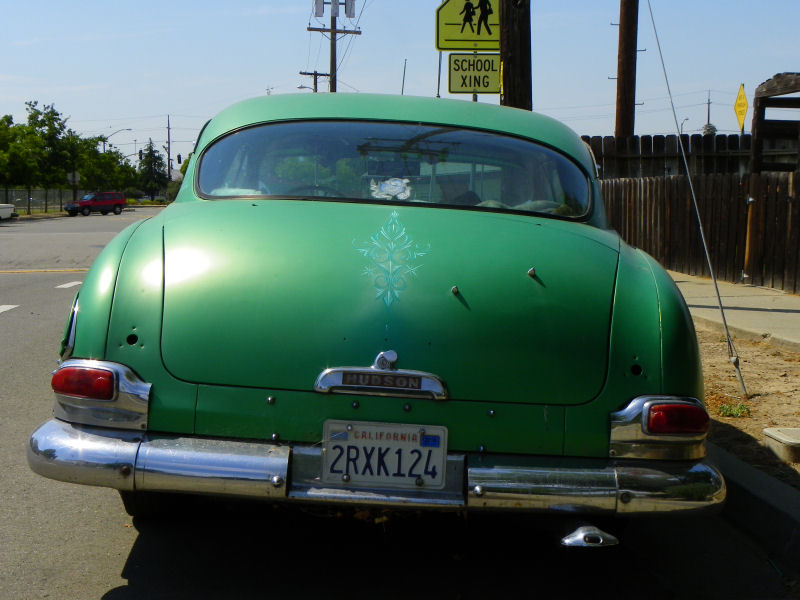 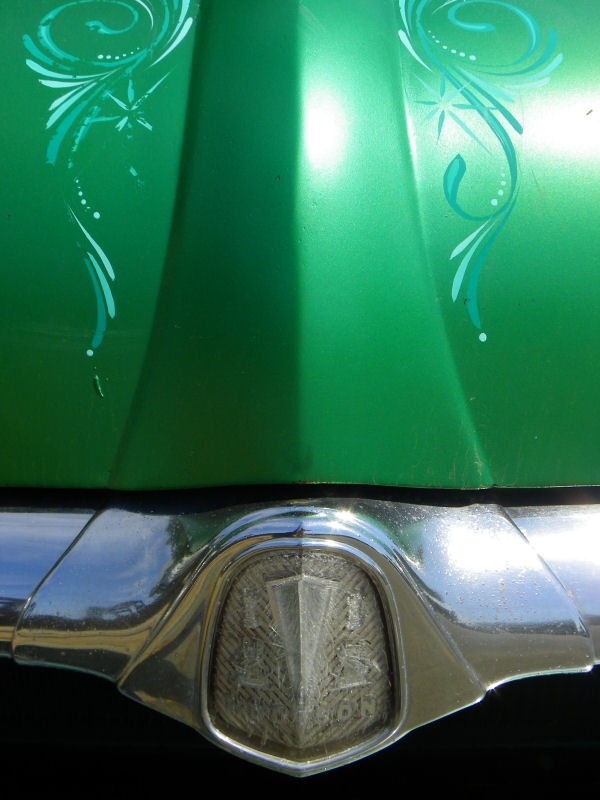 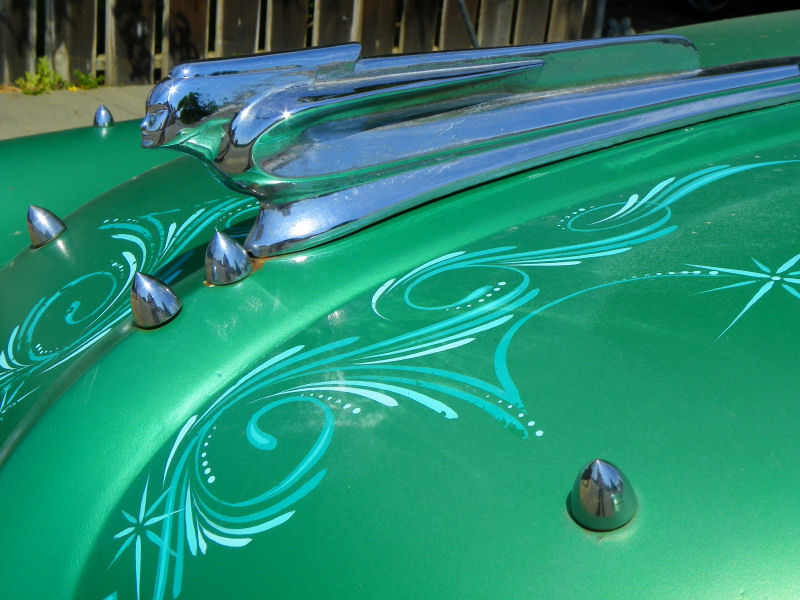 Maybe the owner still has plans for it. I can totally understand what the lack of money or time does in putting a damper on automotive pursuits. I've had a project sitting for several years due to lack of funds and motivation. With some tweaks this Hudson could be interesting.
Posted by Jay Wollenweber at 12:00 AM