There are already a lot of Corvairs on here, and that's not necessarily a bad thing. The Chevrolet Corvair is a fairly unique car, and a customized Corvair is even more so. This one is perhaps the most unique factory specification as well, a turbocharged 1966 Corvair Corsa convertible. 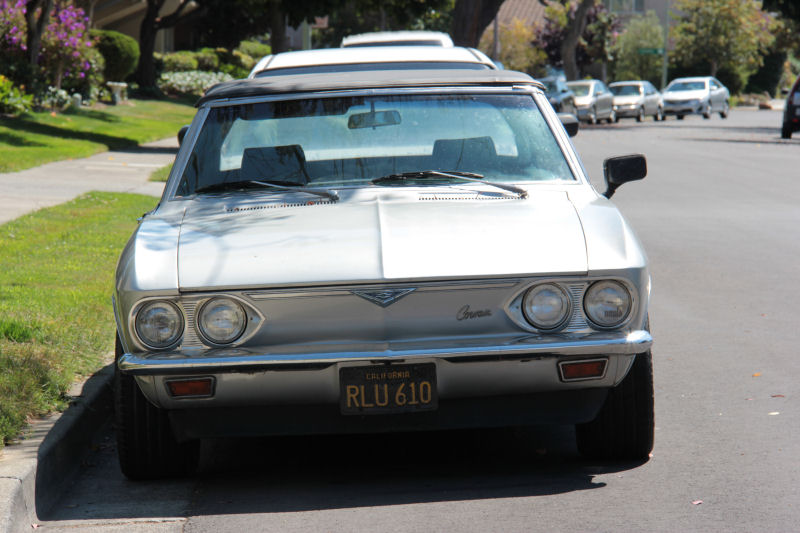 The Corvair Corsa was the high-performance version of Chevy's popular rear-engined compact. It was built with an aluminum 164-cubic inch flat six cylinder engine which, in standard Corsa form, was equipped with four one-barrel Rochester carburetors, producing 140 horsepower. Optional was a turbocharger in place of the four-carb setup that upped power to 180 and included special exhaust and intake components designed to handle and dissipate higher heat conditions. The turbo was available with a 3-speed or 4-speed manual only, and oddly its fuel delivery came from a single 1-barrel Carter carburetor. This doesn't sound like big numbers, but it was more than double the output of the first naturally aspirated Corvairs, and these cars did 0-60 in under 11 seconds, enough to smoke a contemporary six-cylinder Barracuda or Mustang off the line. 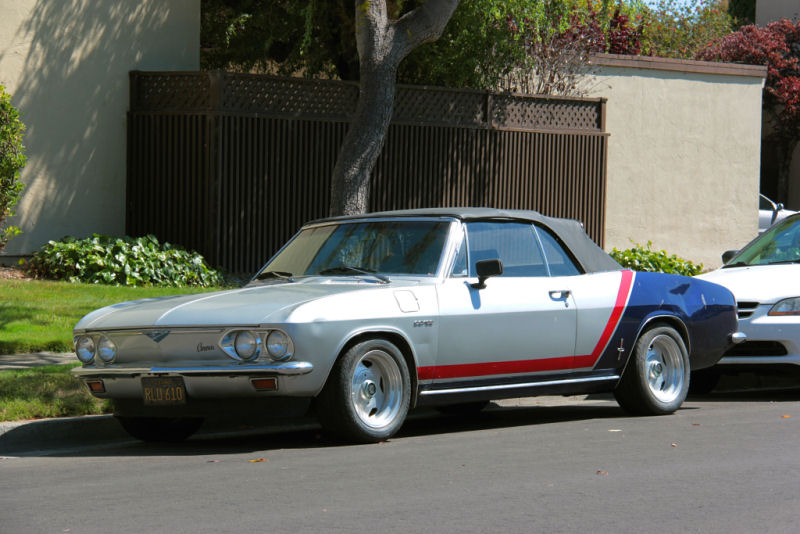 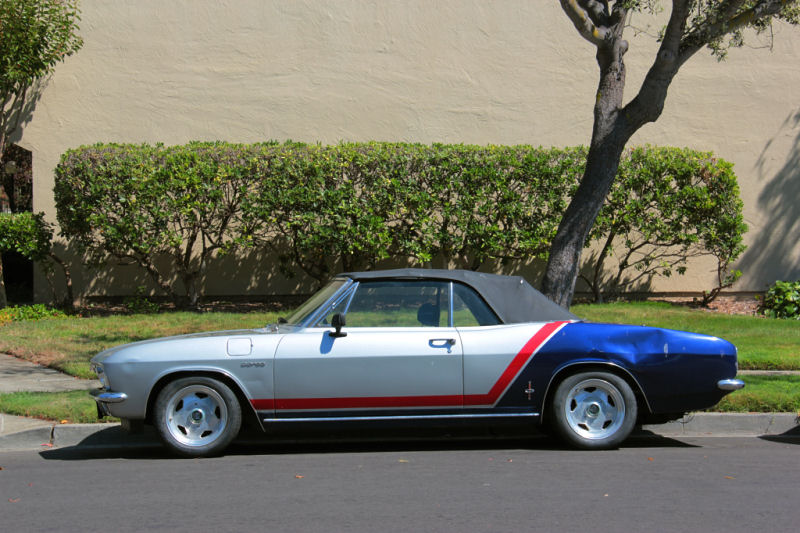 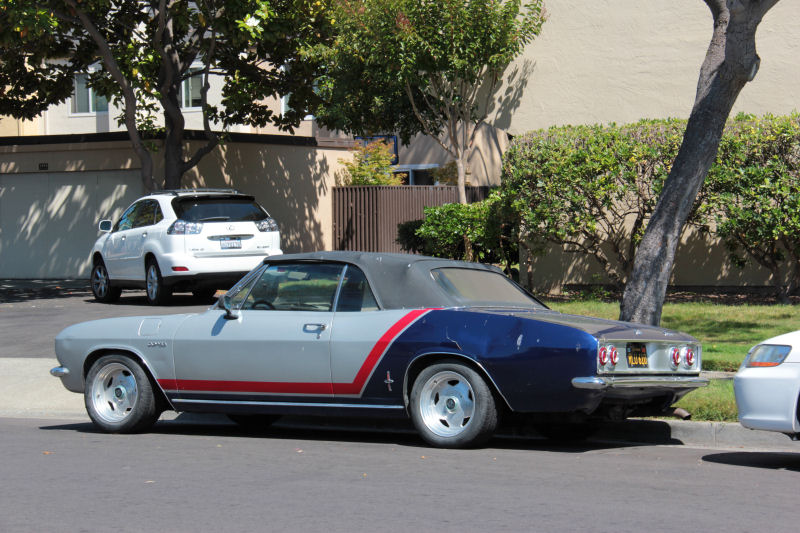 The 1966 Corsa was the last real development of the Corvair platform. Ralph Nader's 1964 book Unsafe At Any Speed ripped the Corvair a new one and turned public sentiment against it. Some sources believe that GM actually prolonged the life of the Corvair in spite of Nader's book as a way of standing up to him. The Corvair saw no real substantive development after 1966 and continued cutting models and options every year, but the base and Monza coupes and convertibles soldiered on to the end of 1969. So in that respect, the Corsa was perhaps the ultimate stock Corvair. There is some debate whether the decision not to improve the Corvair was because of the new, more conventional Camaro that bowed for the 1967 model year. The Camaro had more mass-market appeal with its front-engine setup and available V8 engines. 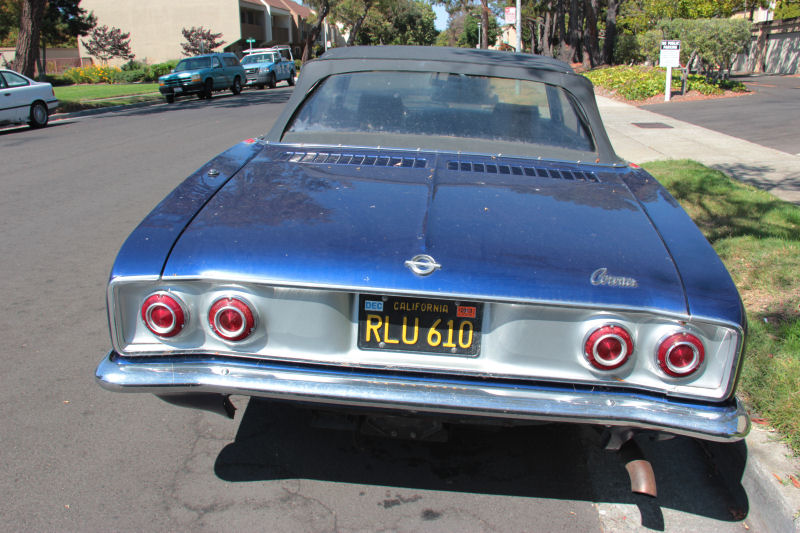 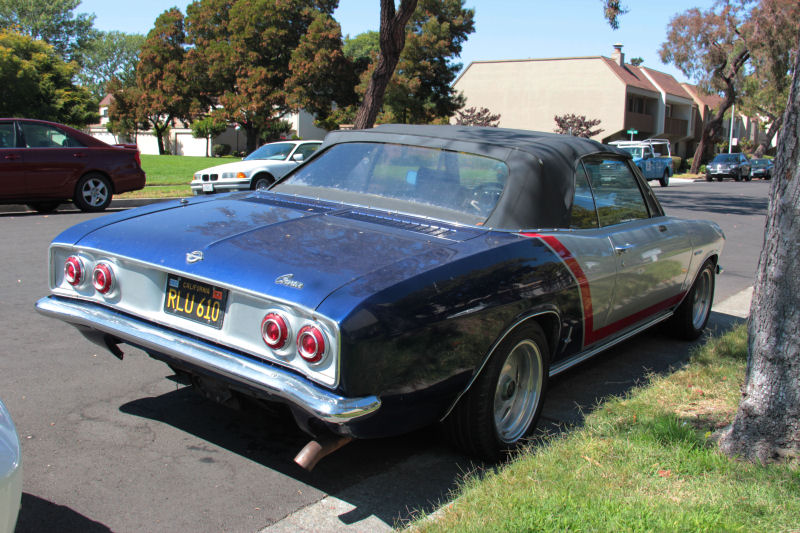 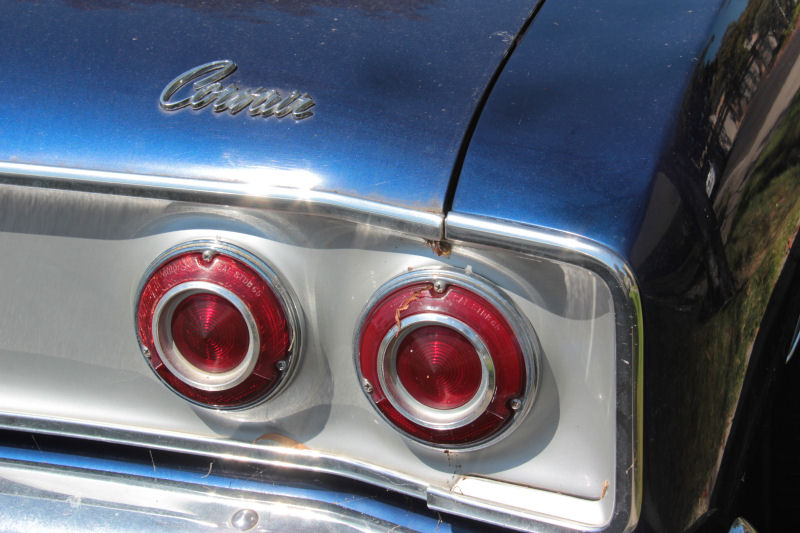 The '66 Corvair Corsa has a couple of improvements over the '65 model. It got a front air dam that reduced the car's sensitivity to crosswinds, a better 4-speed manual transmission, new steering column and new air conditioner condenser (the latter not available in turbo cars). Small visual changes were made, such as moving the Corvair script from the hood to the front panel next to the left headlamp, and changing the front Chevrolet bowtie background from red to blue. A new larger rear grille below the bumper was installed along with new taillight lenses and rocker panel trim. Corsa convertibles accounted for 3,142 of US Corvair production in 1966 according to corvaircorsa.com. Total US Corsa production between 1965 and '66 (coupes and convertibles) was 39,116. Only 9,157 of those were turbocharged 180 horsepower cars including a mere 1,951 in 1966. So a turbocharged '66 Corsa convertible is a rare combination, one of roughly 570. 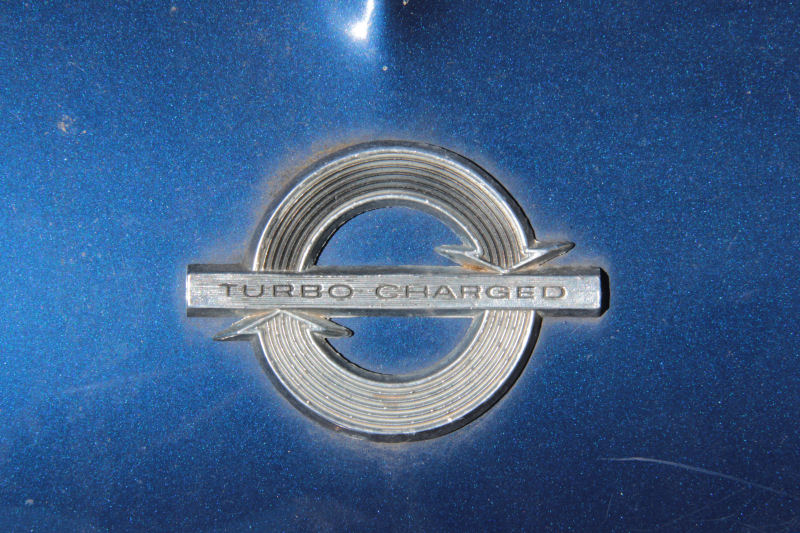 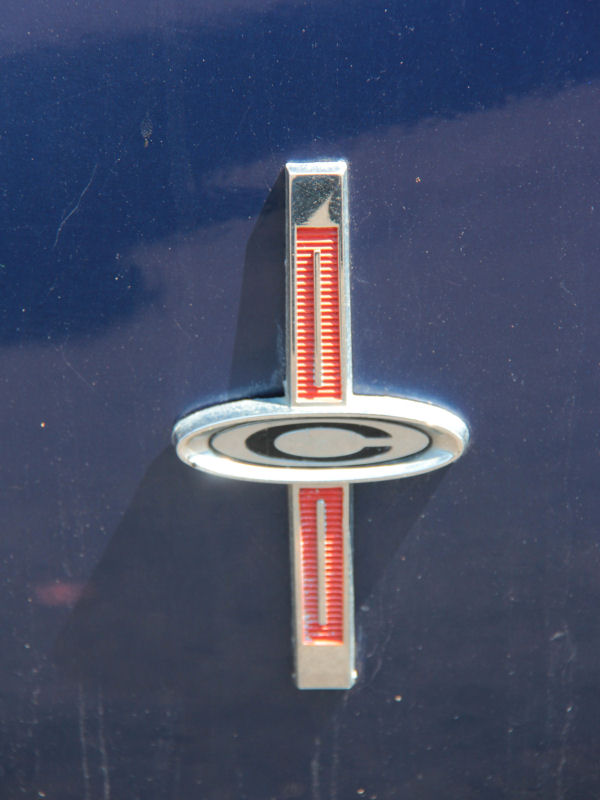 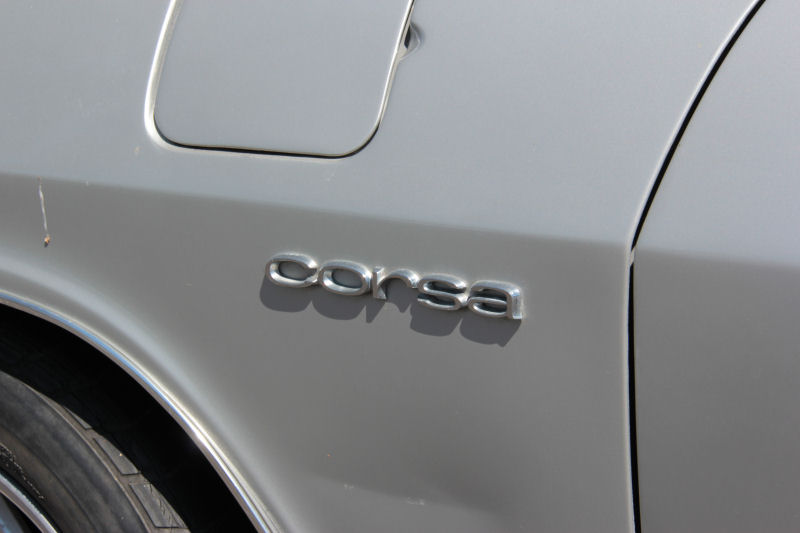 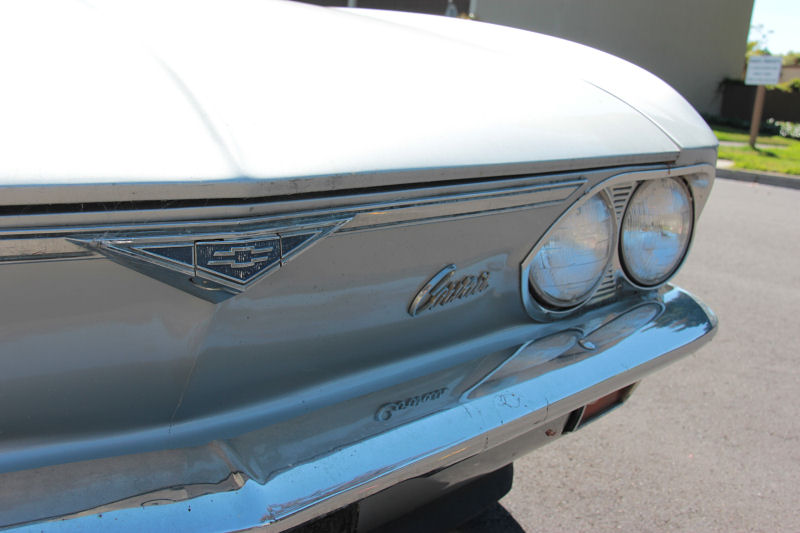 This car has had some custom work done to it. Most immediately noticeable is the paintjob in silver, metallic blue and red. Judging by the unfortunate body damage, I'm guessing the paint scheme was applied a long time ago. The '66-specific rear engine grille has also been knocked off or removed. The owner has added newer side mirrors and modern bucket seats with adjustable headrests. Finally, the owner has installed a set of 15" Centerline Star billet aluminum wheels in place of the original 13" steel wheels with simulated mag or wire wheel hubcaps.
This was a lucky find in a part of Alameda I'd never explored before, and I'm glad I spotted it. Since most of the community is located on an island, it's easy to forget that there is a whole eastern portion bordering Oakland that can be accessed via a bridge from the island. I might head back there sometime.
Posted by Jay Wollenweber at 12:00 AM